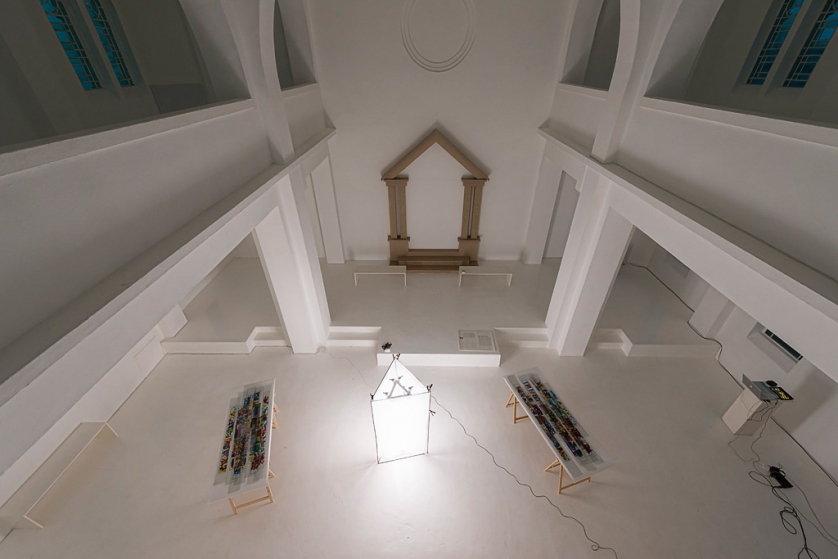 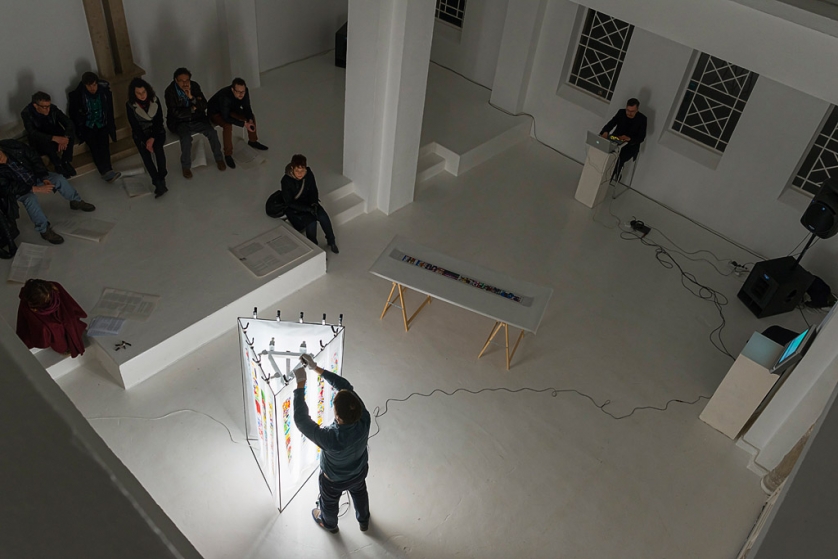 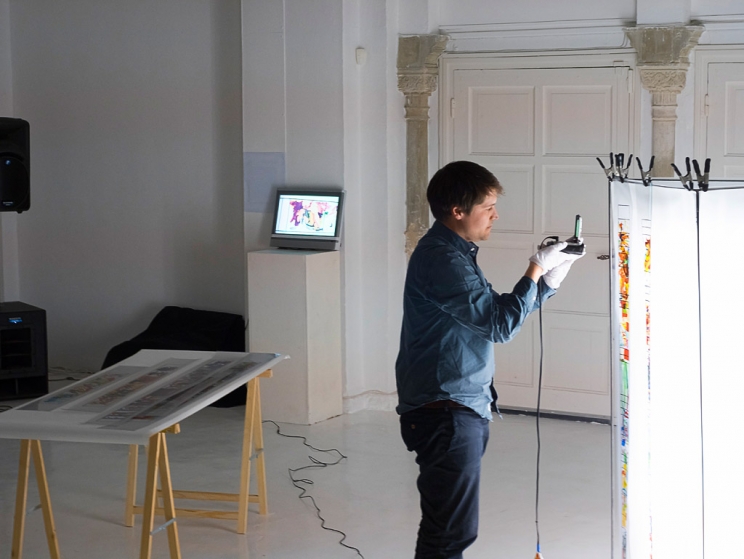 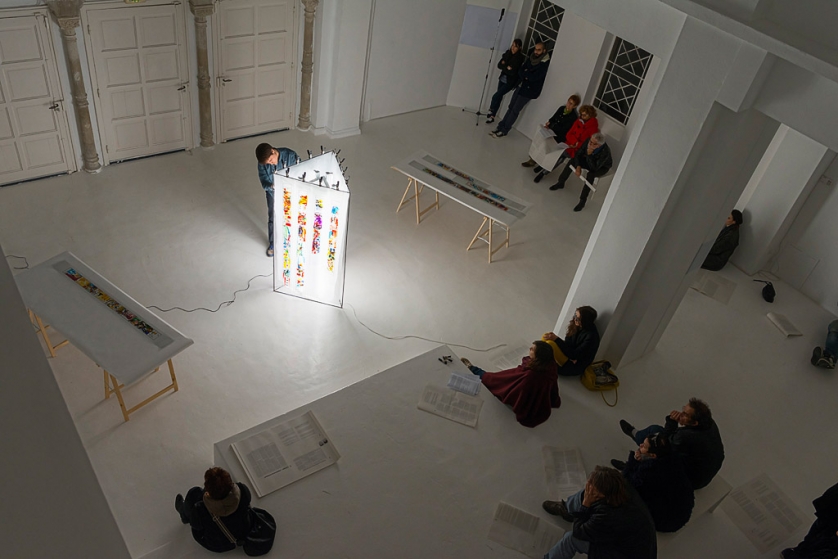 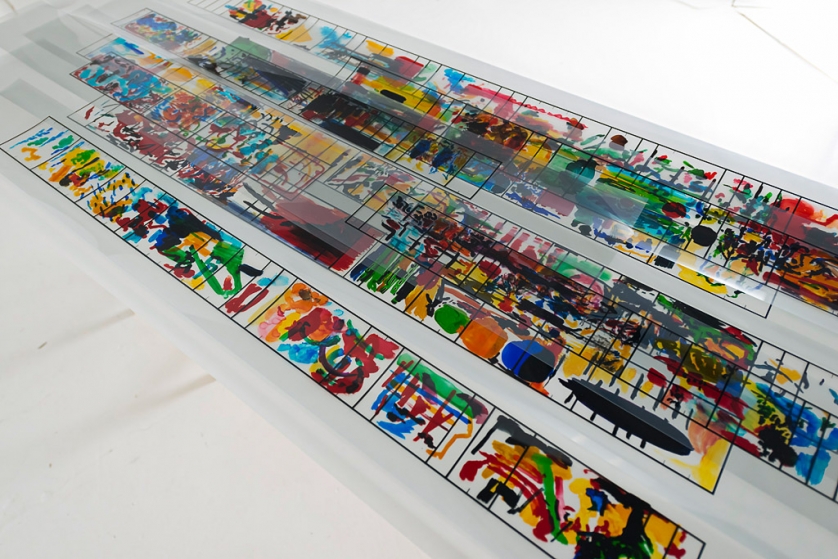 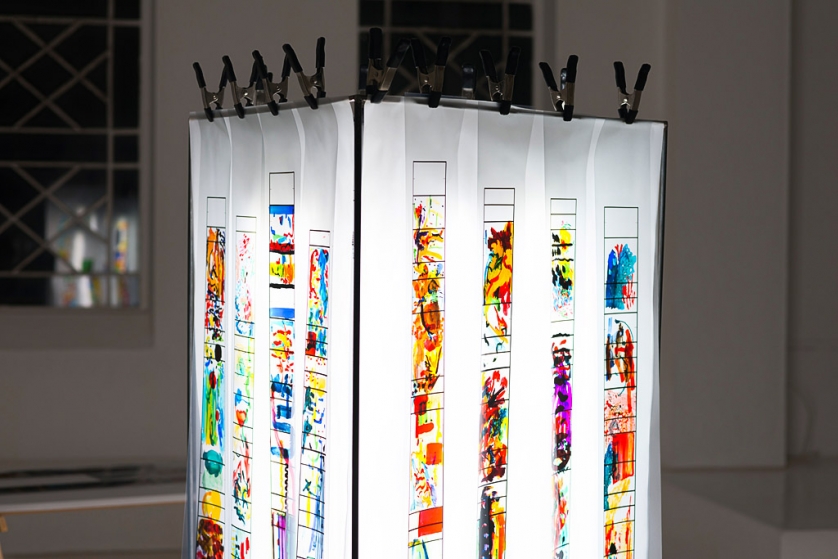 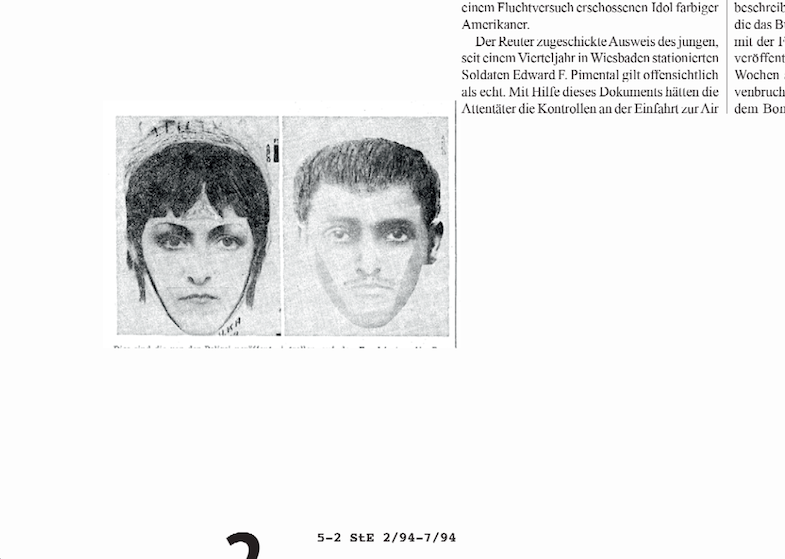 Poster published on the occasion of the performance.

A new performance by artist Redmond Entwistle inspired by the life of US soldier Edward Pimental, who was murdered by left-wing terrorists for his ID card in West Germany in 1985. The work comprises a sound composition by Andreas Reihse made from field recordings of locations from Pimental’s life in the US and Germany, combined with a series of visual scores by Entwistle, elaborating on the multiple narratives that circulate around the murder.

Taking a cue from biographical details of Pimental's growing intellectual and artistic curiosity in the army, in the film he begins to experiment with sound recording around his base in the weeks leading up to his murder. The General Line allows for the realisation of the piece of music he is making, but draws on a wider set of recordings that extend to the places of his childhood and youth; a technical high school in Queens, a missile training site in Alabama, and the abandoned sites of old US army bases in the former West Germany.

The General Line is a companion piece to Redmond Entwisle’s artists feature film Lockvogel (Decoys) and serves as both an addendum to, and a complication of, the film.

The performance is a co-production between Hors Pistes / Centre Pompidou Paris, the South London Gallery and centre d’art centemporain - la synagogue de Delme.
Made possible with additional support from The Elephant Trust and Arts Council England

Redmond Entwistle (1977, London) has made seven short and medium length artist films, as well as performances and installations that have shown at festivals and museums internationally, including the Whitechapel Art Gallery, London; Serpentine Gallery, London; Walker Art Center, Minneapolis; PS1 MoMA, NY; and the ICA, London. His last film Walk-Through was the focus of solo exhibitions at Cubitt Gallery, Tramway Gallery and International Project Space in 2012. His previous film Monuments premiered in Rotterdam Film Festival's Tigers Shorts Competition in 2010, and his medium length film and sound work Paterson - Lodz won Best International Film at Images Festival in 2008. In 2013, short retrospectives of his work were presented at Hors Pistes (Centre Pompidou) and BAFICI (Buenos Aires Independent Film Festival), and included in the survey of UK artists film Assembly at Tate Britain. His work has been nominated for the Jarman Award 2014, and a solo exhibition of his films will be presented at MIT List Visual Arts Center in January 2015.

Andreas Reihse is a Berlin based musician and artist. Since 1994 he is best known in his role as (founding) member of the internationally acclaimed electronic band Kreidler. As a solo artist he releases mostly electronic, often club-music. As a composer and performer of music for artists - for films, for plays, for performances, and for installations he has worked with Rosemarie Trockel, Hamish Morrow, Maximilian Zentz Zlomowitz, Thea Djordjadze, Giles Round, Andreas Gursky, Awst & Walther, Frances Scholz / Mark von Schlegell, Astrid Klein or Mike Franz / Nadim Vardag. Recent activities include the video/sound installation Volkan (House of Extravaganza, Stromboli, 2013), Long Lines Andropov's Ears - a contribution to a project about radical architecture (2014), the Entropie Soundtrack LP with Isaac B.Trogdon (2014/15), three ongoing projects with Dalia Neis, a cross-media collaboration with Annika Henderson, and the latest Kreidler album ABC (2014, Bureau-b) which incorporates a co-op with Lior Shamriz accompanying the record with a film in six chapters, and 2+2=22 [The Alphabet], a full length film by Heinz Emigholz, the basis of which is the recording session for ABC in Tbilisi/Georgia.