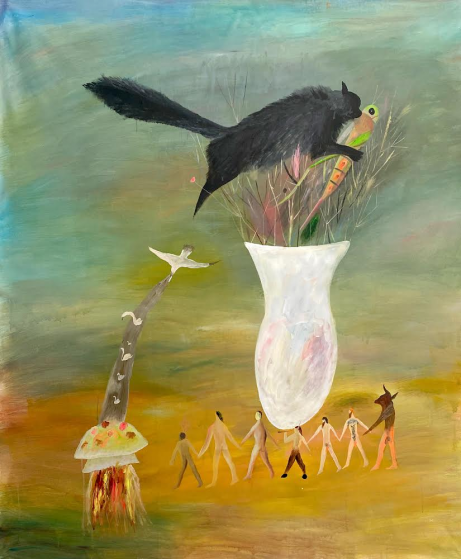 The CAC - la synagogue de Delme is pleased to offer you the exhibition Les illusions qui restent by Rodion Kitaev from January 13th to February 12th 2023 at the Gue(ho)st House.

" This series of paintings was conceived back in Russia, and its somewhat encrypted and exapist nature is due in part to the current situation of Russian censorship. It occurred to me that the current state of affairs, in which one has to reassemble one's picture of reality in a new way every week, is reminiscent of the situation in early childhood, when the idea of reality is just being formed. (...)"

Rodion Kitaev's residency is carried out within the framework of the PAUSE program, device, piloted by the College de France in which participates the CAC - la synagogue de Delme.