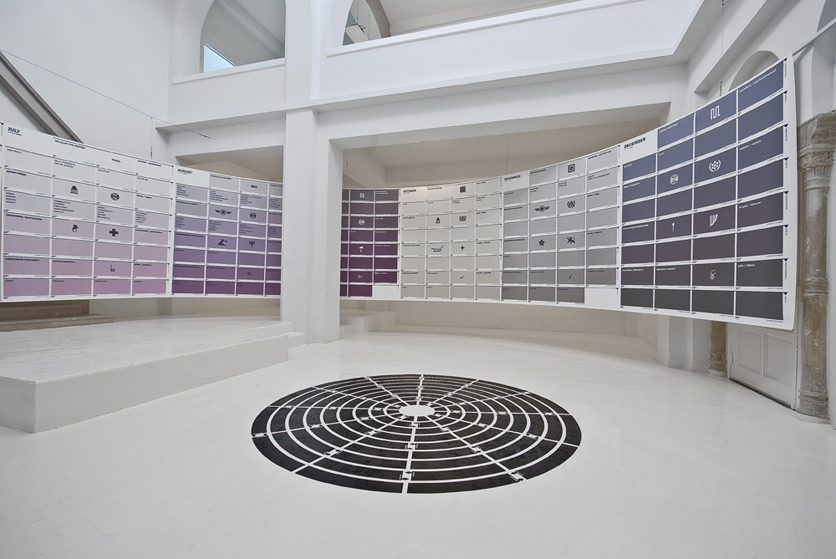 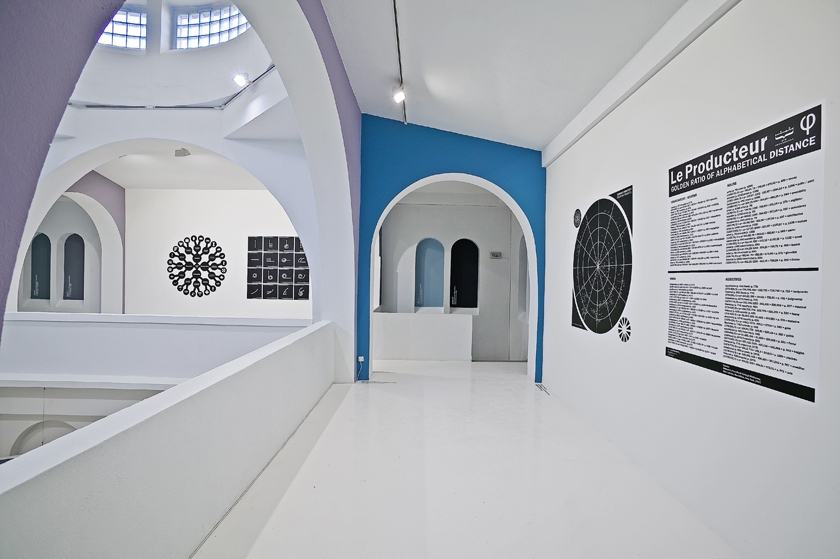 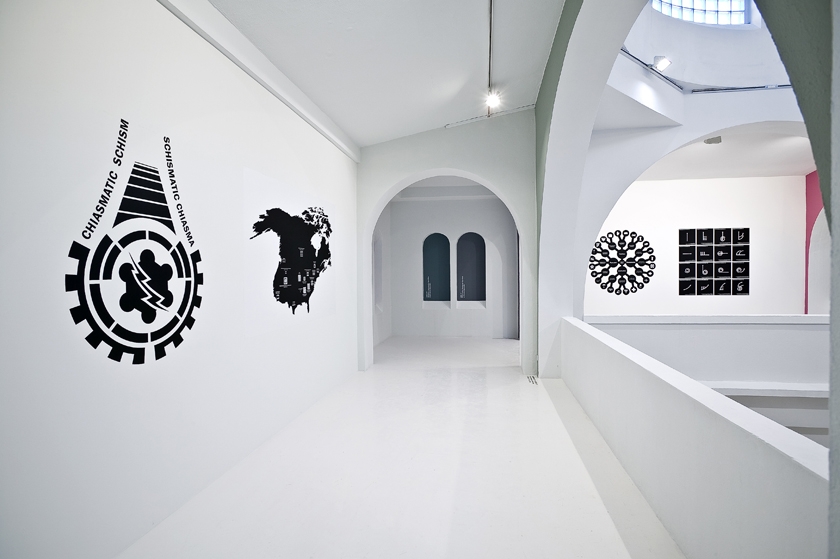 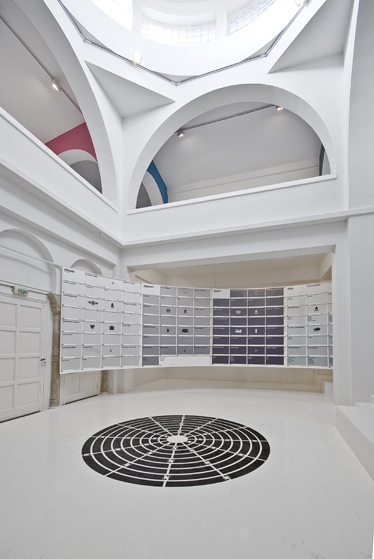 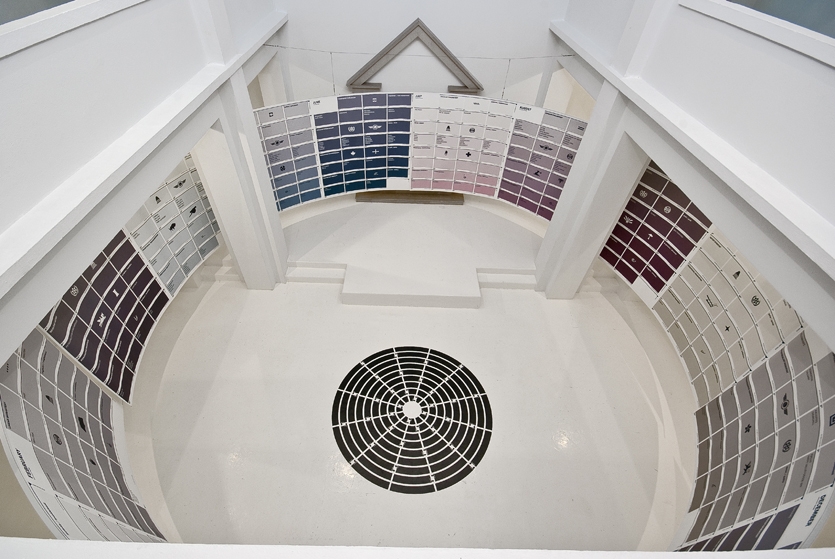 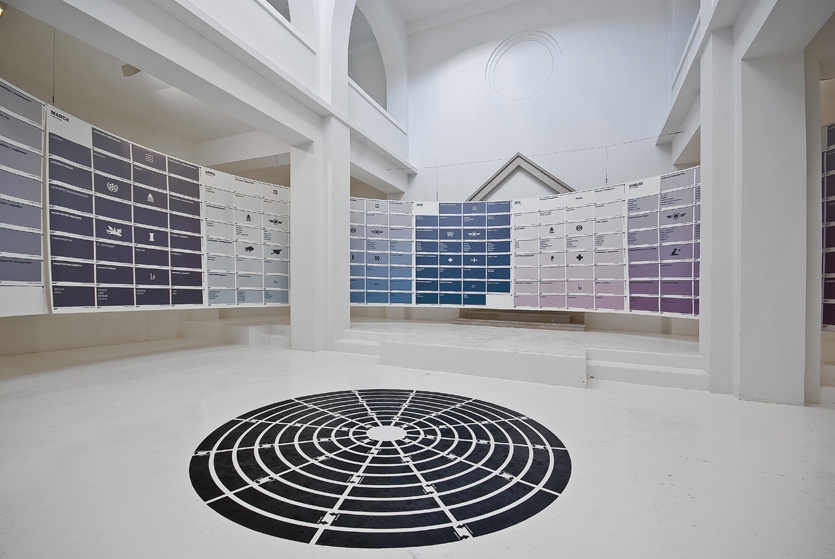 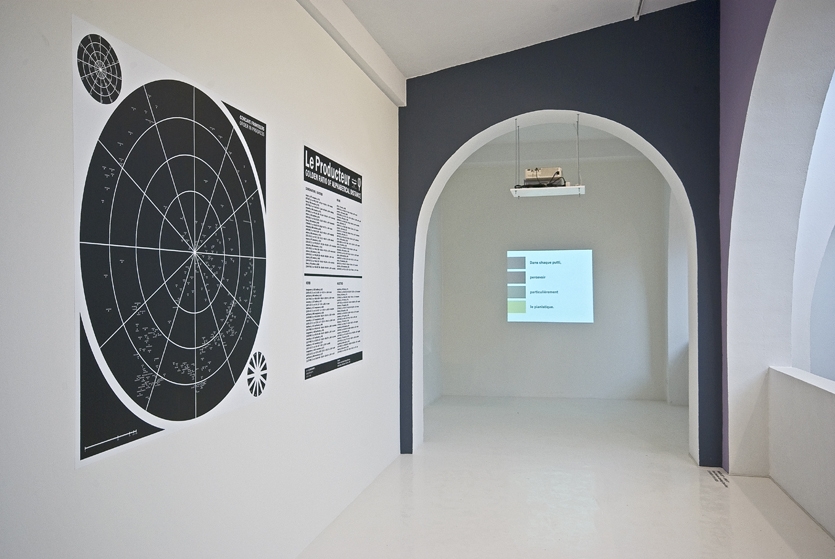 La Synagogue de Delme welcomes Société Réaliste for their first personal show in an art center in France.Société Réaliste is an artistic cooperative, created by Ferenc Gróf and Jean-Baptiste Naudy in 2004. Their activity consists in developing various research enterprises, successively dealing with territorial ergonomy, experimental economy, counter-strategy, or political design, as is the case of the project Transitioners, initiated in 2006, and for which they have been invited to Delme.

Transitioners is a trend design agency, specialized in political transitions. Transposing the principles of prospective design, generally used by professionals in the field of fashion, to the field of politics, Société Réaliste questions the revolution (transition?) as a central category for contemporary Western society. How can a "democratic transition" be produced? What is the role of design in the permanent conversion of political flux into mythology? How can the effect of an event on citizens be transformed into a controlled affect?

Depending on present atmosphere, Transitioners defines the general climate, in which future social transformation movements will take place, in order to maximize their efficiency. By examining the evolution of revolution as a form, the project offers visual and semantic tools ready to be used by whoever wishes to: logotypes, color charts, lexical fields, etc.

For each new step in the project, Société Réaliste conceives a new trend collection, originated by a precise historical event. In 2007, the inspiration for Bastille Days was the French Revolution. The 2008 collection, entitled Le Producteur and inaugurated at la Synagogue de Delme, is based on the utopias developed during the first three decades of the 19th century, by thinkers such as Fourier, Enfantin, Rodrigues, Cabet, Owen, or Saint-Simon. A wide panorama allows the visitors to discover the latest research of Transitioners.

The central question of the 2008 collection is related to the progressive separation of liberalism and socialism. While they have a common origin and were not differentiated by major utopist thinkers, the events of 1830 and 1848 progressively opposed them. This binary confrontation between liberalism and socialism still constitutes the basis of our common representations. For Transitioners, the interrogation of this ideological chasm, of its accuracy and its contradictions, is central. The stake of the collection Le Producteur consists in knowing how these movements share a common ideological base, and how the later can nourish the design of future transitions.

In 2006-07, the Bastille Days collection was presented at Trafo Galéria (Budapest), at the Kunstpavillon (Innsbruck), on the occasion of the 2nd Biennale of Moscow, at Mains d'Oeuvres (Saint-Ouen), at Ze dos Bois (Lisbon) and at the Martine Aboucaya gallery (Paris). Société Réaliste will also present Transitioners: Le Producteur from January 29 to February 24, 2008 in the context of Transmediale 08: Conspire, at the Haus der Kulturen der Welt of Berlin (www.transmediale.de).