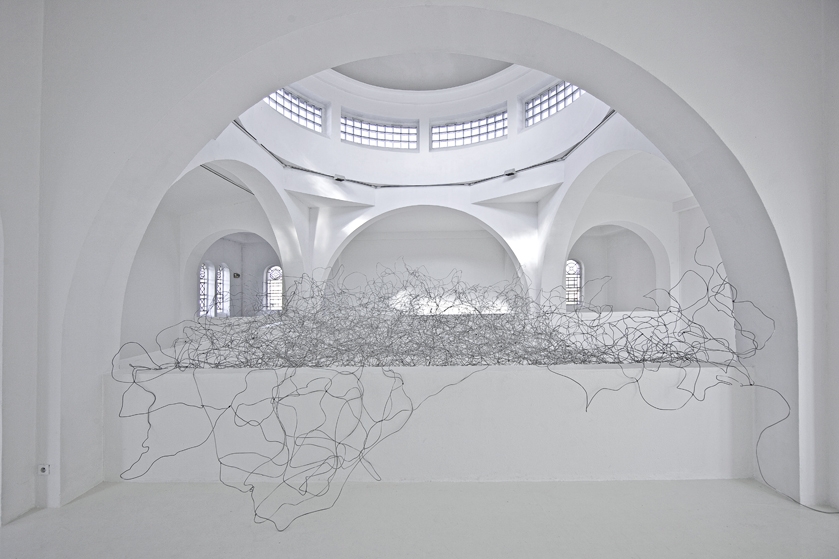 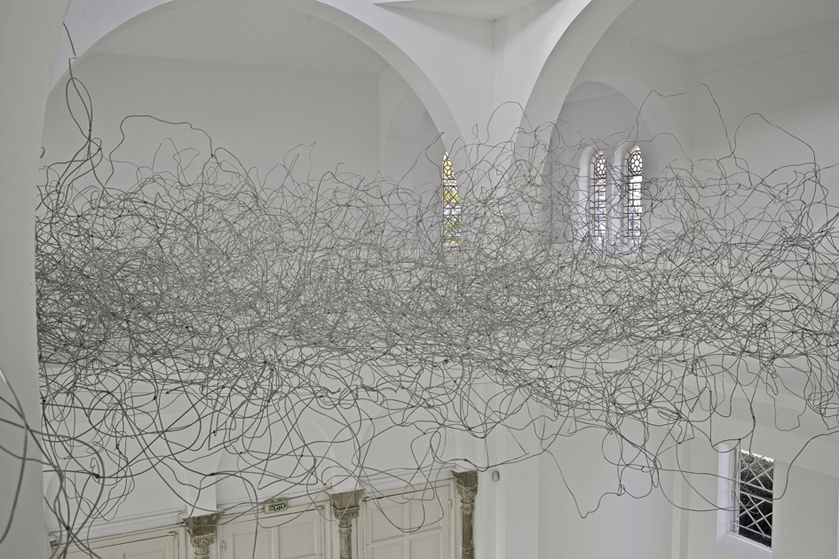 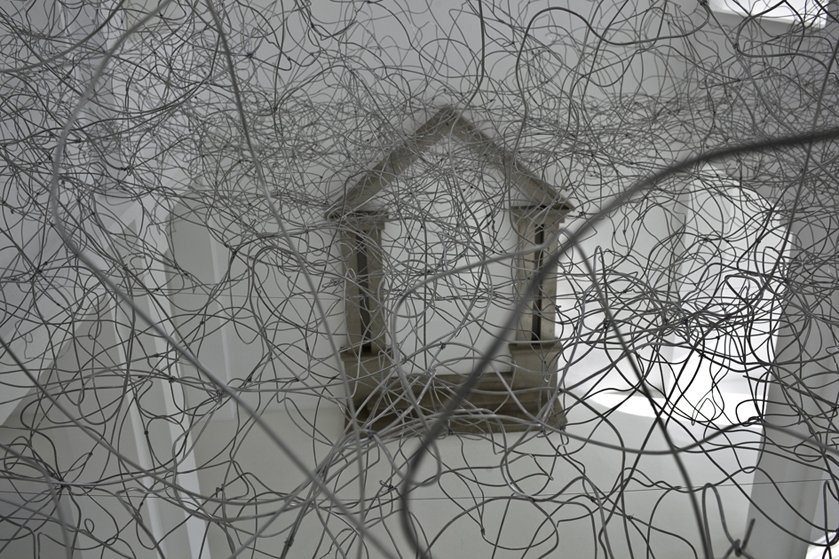 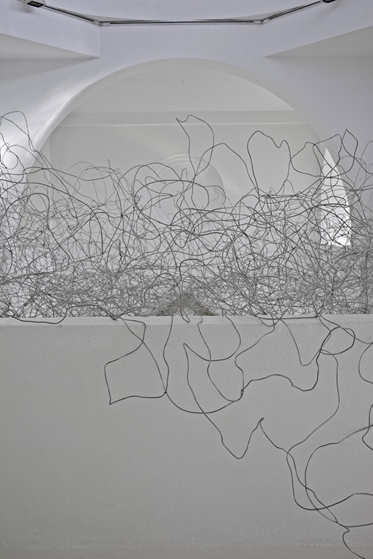 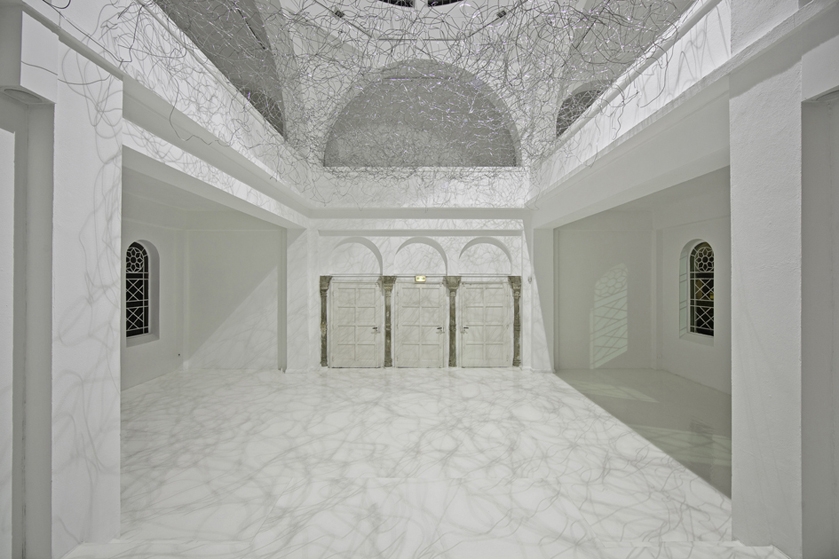 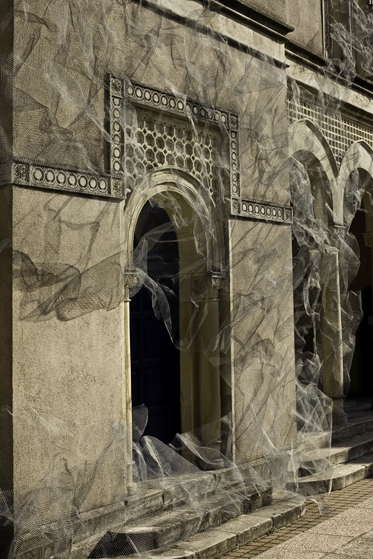 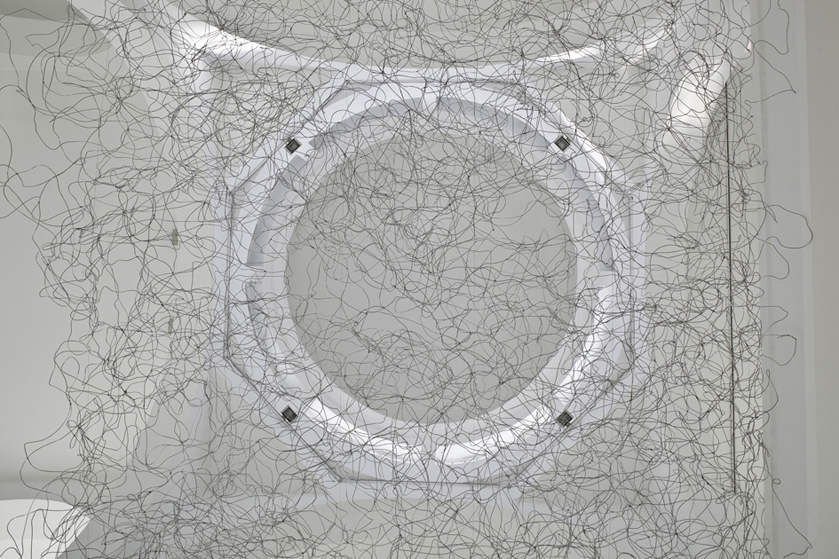 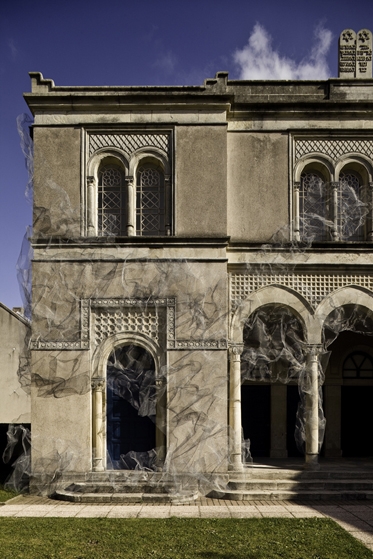 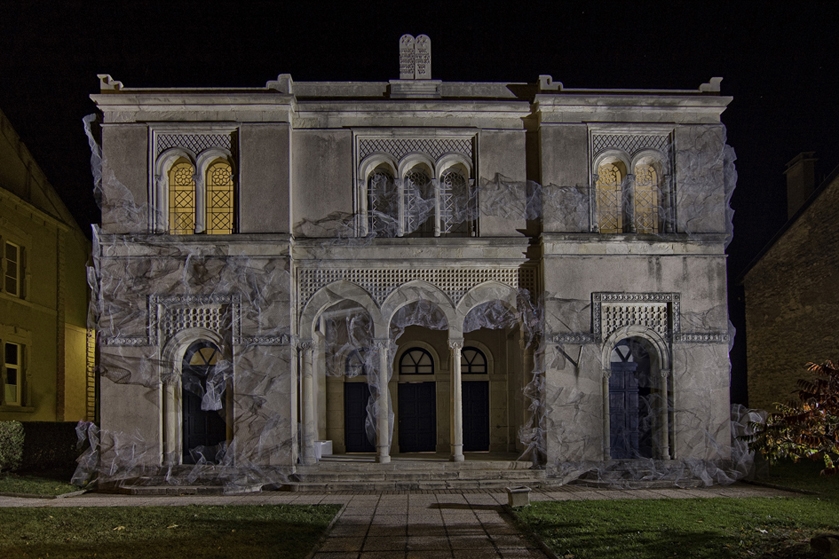 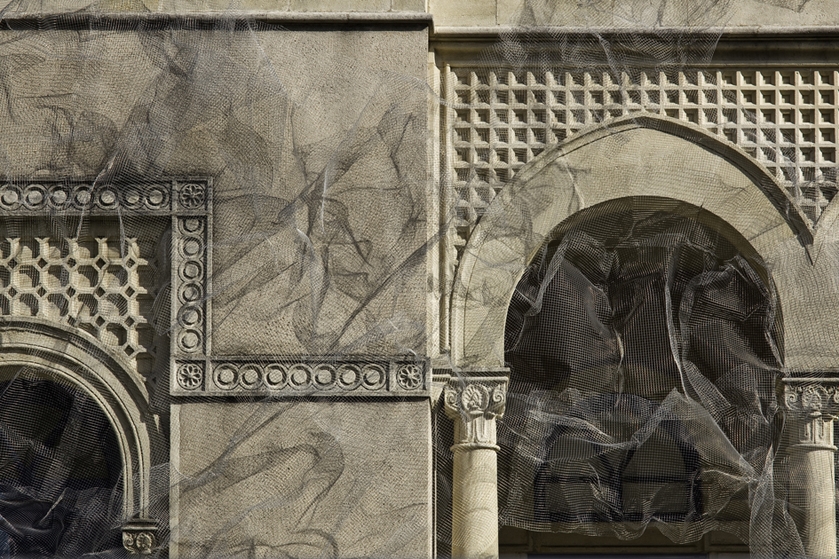 At Delme I want to present two "irregular structures". These are structures intended to be made with simple materials and by anybody at all, whether a professional or not. They are always improvised, as they cannot be drawn or planned in advance: all one can do is explain the way they are made. Originally meant for use in shantytowns where poor people live, they can also be considered works of art, as they can be beautiful. They transform the standard living space, fracturing all geometries, domes, facades and towers. Fracturing geometry, however, does not mean creating disorder: it implies, rather, a "different" geometry.Because these structures are easy to make, you the viewers can try them out at home, in your own houses.

Yona Friedman is at once architect, philosopher and artist. His books Utopies réalisables ("Feasible Utopias", Editions de l'Eclat) and Architecture Of Survival (MIT Press) appeared in 1974 and 1975 respectively, and more than thirty years later his writings remain strikingly relevant: he speaks of a world whose resources are dwindling as its population increases, and in which the scale of cities and public organisations has far outstripped what he calls "critical group size". Once an organisation exceeds this limit, he says, communication and effective interchange decline and it becomes progressively more difficult to cope with problems: "The only solution is that of small groups." In place of big cities and megalopolises he advocates an urban village model of small-scale entities within cities.

When Friedman describes his architecture of survival, which is much more than a mere building technique, he is suggesting ways of living together that will enable individuals to adapt to crisis situations whether economic, ecological or health-related. By definition the survival city is poor and "surviving means giving up on getting rich".1 Thus the shantytown becomes the model par excellence for Friedman's illustrations of his "philosophy of poverty".

In 1958 he founded the Mobile Architecture Study Group (GEAM), part of whose message was that users should be able to modify architecture according to their own needs and wishes. Mobile architecture is the outcome of self-planning by users, with the architect relegated to the role of mere consultant.In order to communicate his ideas as clearly and to as large an audience as possible, Friedman creates comic strips using a basic graphic system to illustrate his methods. The strips are then brought together in manuals anybody can follow and which - like cooking recipes - can be interpreted and adapted at will. Authoritarianism has no part in the Friedman agenda. For him improvisation and irregularity are intrinsic to creativity: the universe is profoundly erratic, which is to say that it is impossible to know in advance which cause will produce which effect. In this unstable context, "the results are less important than the process leading up to them."2 To accept this unpredictability and make the process the core of one's work is to be, potentially, an artist.

Born in 1923 in Budapest, Hungary. He lives and works in Paris.