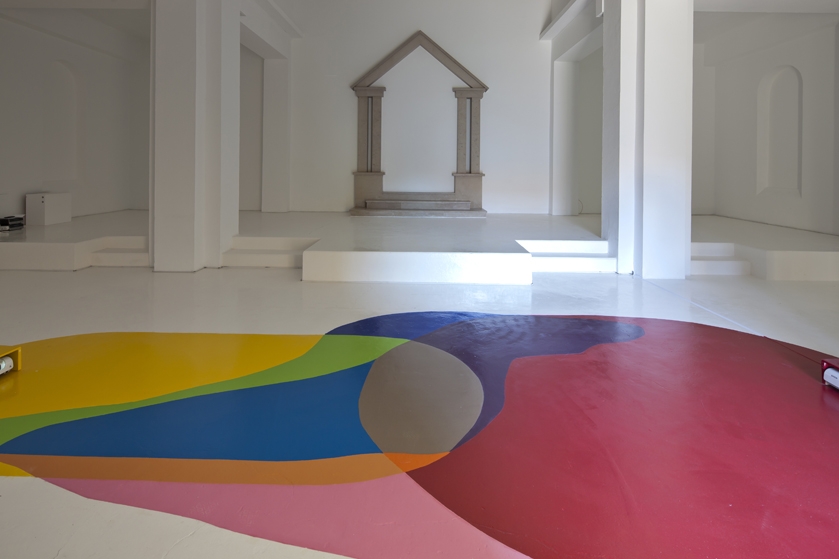 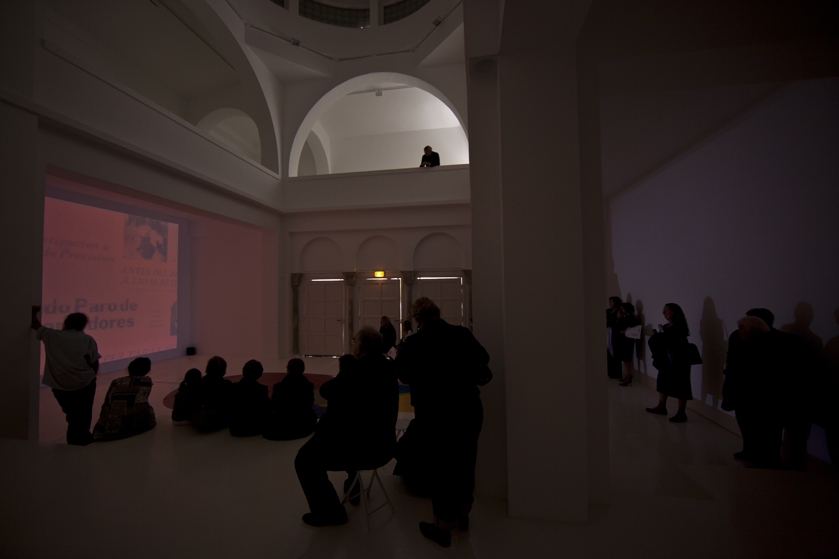 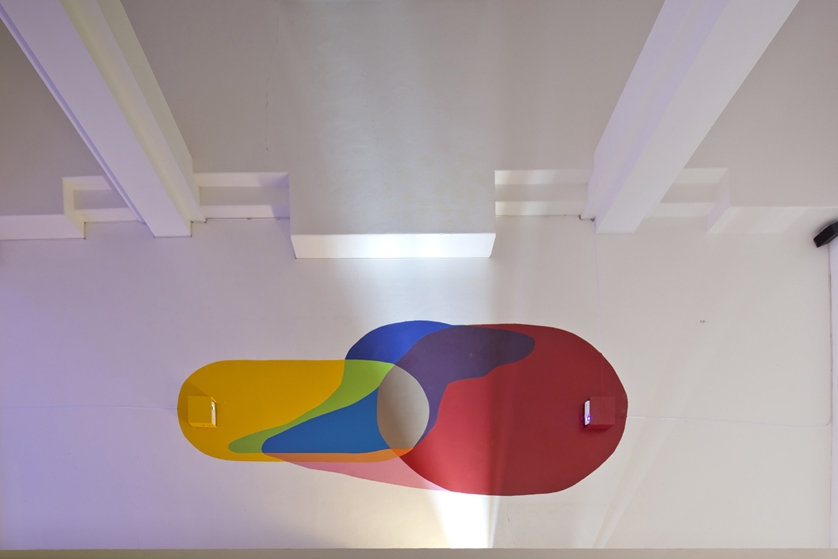 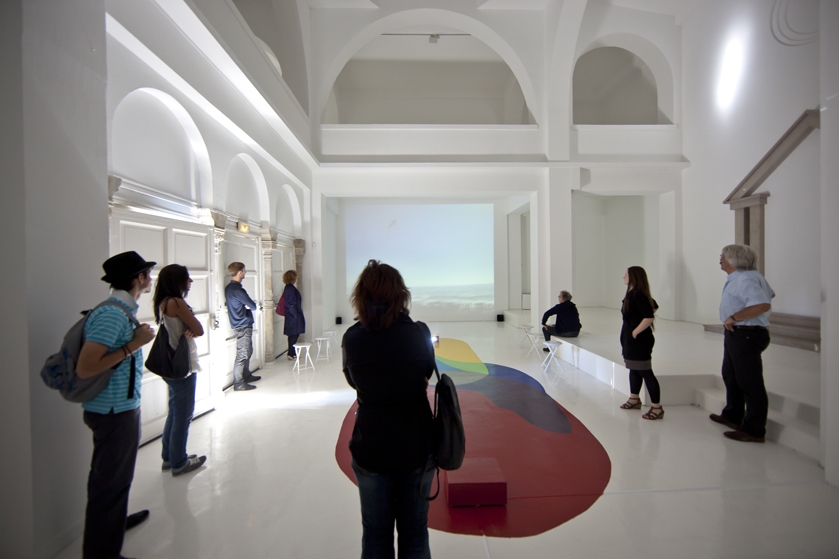 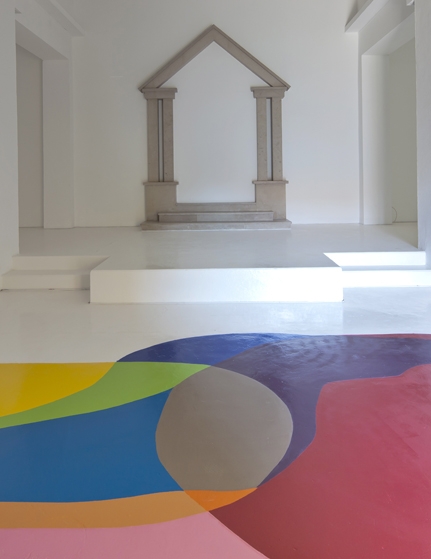 Does abandoning authority lead to anarchy or to new forms of self-organisation and collective responsibility? What happens when one becomes receptive to alterity and other people? These are the questions the Synagogue de Delme Art Centre and the Brandenburgischer Kunstverein Potsdam e.V are setting out to ask with the two-part exhibition Trust!

Both partners are involved in the Franco-German exchange project Thermostat, in which 24 art centres and Kunstvereine implement various projects.

Delme and Potsdam have jointly decided to structure their exhibitions around the Thermostat working context, with plans for cooperation at all levels. The outcome is that the exhibition The Barranquilla Principle, mounted by BKV Potsdam curators Silke Albrecht and Astrid Mania, will be presented at Delme from 3 October 2010 to 9 January 2011, while Synagogue de Delme director Marie Cozette will be organising an exhibition in Potsdam from 11 December 2010 to 30 January 2011. While the design and content of the exhibitions are entirely in their hands, the two segments refl ect a shared idea, developed in consultation but expressed in different ways. Among the issues under consideration are those of trust and the abandoning – voluntary or otherwise – of authority.

The exhibition at Delme addresses the implications of the absence of a decision-maker or director in group projects, and presents the work of three artists: Joëlle de La Casinière, Javier Téllez and David Hatcher.

Since the early 1970s Joëlle de La Casinière has directed or co-directed many fi lms, including La première partie du roi Henri IV de double V Shakespeare: une analogie (Henry IV, Part I by W. Shakespeare: an Analogy) (1972), to be shown at Delme. Shot in Barranquilla, Colombia, the film was the offshoot of a failed project: with her friend Enrique Ahriman, de La Casinière set out to direct Henry IV, Part I in the streets of Barranquilla, with the locals taking part; but ultimately the project proved totally unfeasible.

Shot on the United States/Mexico border, Javier Téllez’s fi lm One Flew Over the Void (Bala perdida) (2005) has a similar agenda. As is often the case, Téllez works here with patients from a psychiatric hospital, with whom he has created a mix of circus, popular festival and demonstration that challenges all frontiers. At the end of the fi lm a human cannonball is fi red over the border zone between Tijuana and San Diego. In terms of the artist’s approach alone, this project is pervaded by a powerful potential for the anarchic.

David Hatcher has long been interested in the visual output of philosophers, and more specifi cally in the diagrams that sometimes accompany their canonical works. He focuses on the way complex, verbally expressed ideas can be transposed into simple, non-linguistic forms: the result at Delme is a diagram addressing matters of authority and its loss, and the notion of the collective.

In all these works – the videos of Joëlle de la Casinière and Javier Téllez and David Hatcher’s installation – the processes involved have their roots in group projects in which all form of authority gradually fades and the possibility of failure has to be faced from the outset.

JOELLE DE LA CASINIÈRE
Born in Casablanca, Morocco. She lives and works on her boat on the canals of France, Belgium and Holland.
In 1973 Joëlle de la Casinière published Absolument Nécessaire - The Emergency Book. Its poetically inflected emphasis on collage, graffi ti and process rather than product also characterises the work – drawings, collages, videos – that followed.

DAVID HATCHER
Born in Auckland, New Zealand, in 1973. He lives and works in Berlin.
Probing the philosophical and political foundations of society for their structural soundness, David Hatcher has discovered that much of what was once considered innovative has now been recycled as superficial references that reduce criticism to a mere aesthetic product. Having realised at the same time that his own practice is in fact infl uenced by the market, he now produces works informed by an awareness of their audience. At Delme he will be showing a collectively-created diagram addressing the concepts of authority, power relationships and community.

JAVIER TÉLLEZ
Born in Valencia, Spain in 1969. He lives and works in New York. He is represented by the Figge Von Rosen gallery in Cologne and Arratia, Beer in Berlin.
Javier Téllez’s videos and installations are an ongoing exploration of the boundary between the normal and the pathological. Adding a documentary edge to his narrative fi ctions, he takes a fresh look at the barriers between the established and the marginal.