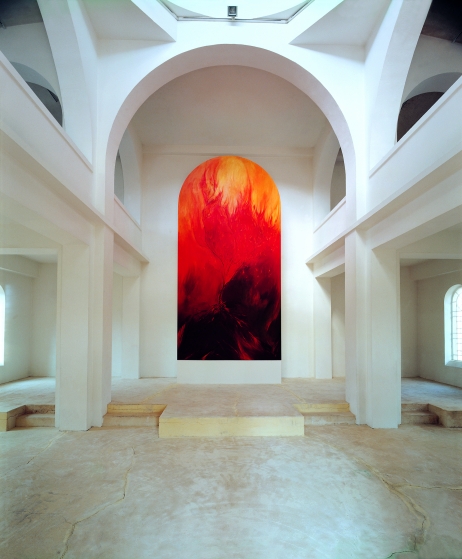 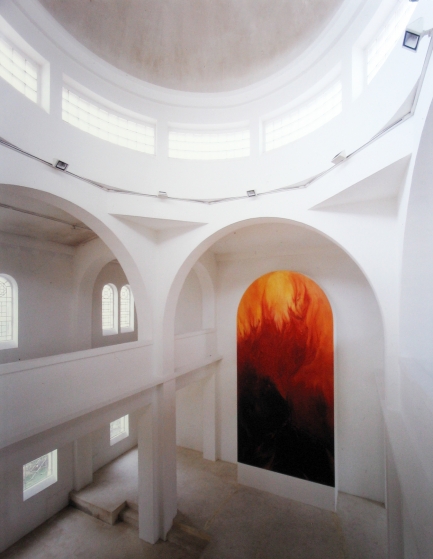 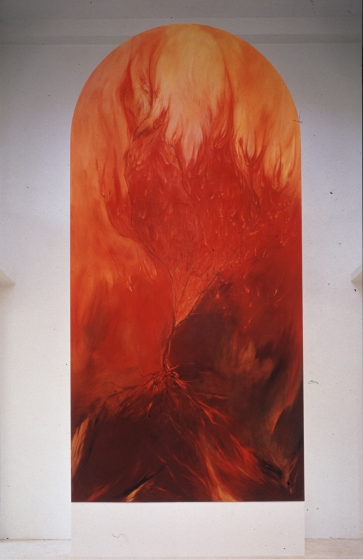 In the mid-1980s, after a few diverse attempts and uses of the photographic medium, along with installations and video, Bruno Carbonnet chose painting as the sole means of expressing himself. The 1985 series Paintings underwrote this move, once and for all, with a particular interest in the study of techniques and pigments. His decision to use just this medium was assisted by its simplest definition: presentation--showing something to the beholder's eye.

The artist subsequently focused on the theme of the body. In the first major series titled Body Traps, produced between 1991 and 1993, he presented, via 30 identical small-format paintings, a study of anatomy and dissection manuals, but thereafter he approached the human figure through a more indirect dimension associated with the presence--real or supposed--of the body in space.

Another specific stage was ushered in by a series of journeys made by the artist in the East, and more particularly in India. These would gradually introduce a kind of spirituality into his works. In tandem, and as if in some natural pursuit of the quest he was now embarked upon, a series of encounters and commissions brought him into contact with the religious world in the mid-1990s: a commission for the work Celestial Jerusalem, in the church at Arques-la-Bataille in 1995; Burning Bush, at the Delme Synagogue in 1996. "These places of worship seem to me to contain something that positively prompts painting", observed Bruno Carbonnet at the time.

For the venue at the former synagogue, the artist reverted to the bible and chose the episode of the Burning Bush in the book of Exodus. By doing away with any need for literal or conceptual illustration of the text, Bruno Carbonnet restricted the idea to just the subject of the bush ablaze, and kept the figures of God and Moses, as suggested by the incident, at a distance. He incidentally commented that all he had wanted to do was lend material form to the French expression "n'y voir que du feu", (literally: only ever seeing fire), meaning "never seeing a thing", and strive towards the simple manifestation of a presence. This impressively sized painting, tailor-made to fit  the space of the Ark of the Covenant, fills the inside of the synagogue with its sweeping radiance. The "pulverization"  of the coloured pigment thus becomes perceptible to any viewer taking the time to enjoy the experience. And the artist's own words ring out: "Colours are part of the paradox of making apparent what isn't visible."

In June 1996, Burning Bush found its way into the church of the Cordeliers (Franciscan friars) at the Musée historique lorrain in Nancy, where it can still be seen since its acquisition and loan by the Caisse des dépôts et consignations.

Since then, Bruno Carbonnet has been pursuing his spiritual path, as is illustrated by his recent project involving the reorganization of a mourning area at the hospital in Fécamp, where colour and light achieve a soothing resonance.

Lives and works in Paris and Fécamp, France