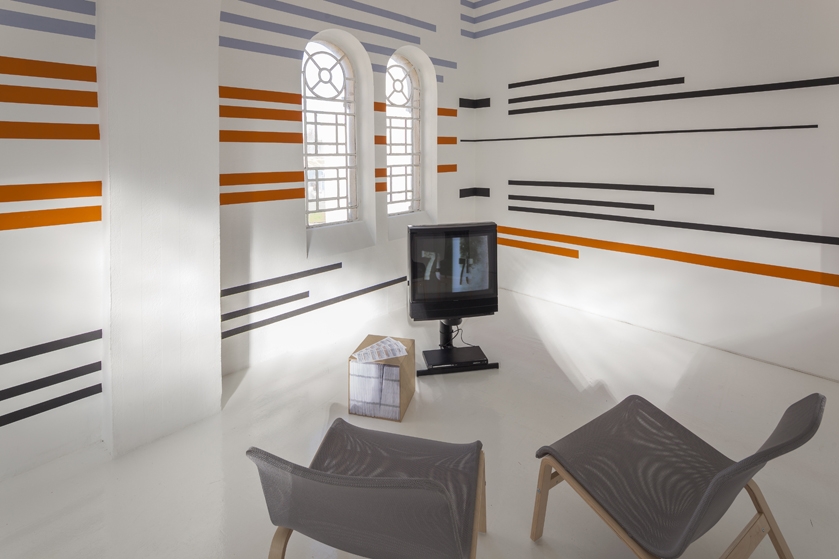 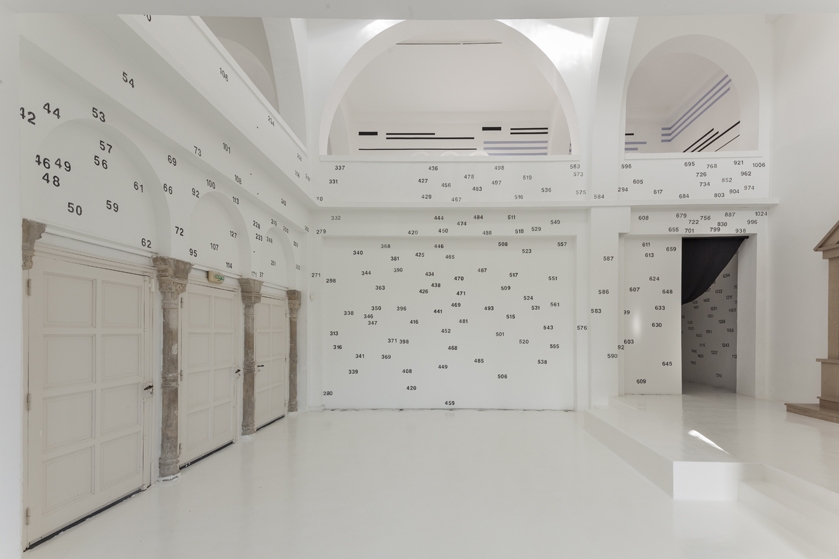 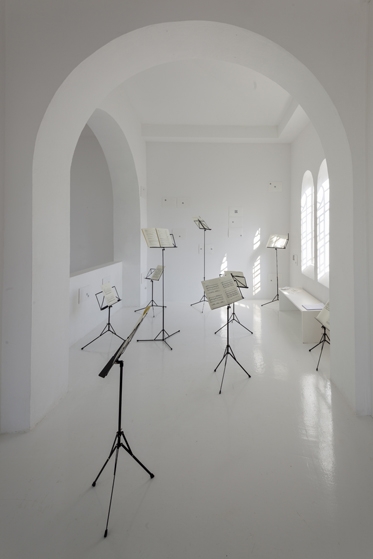 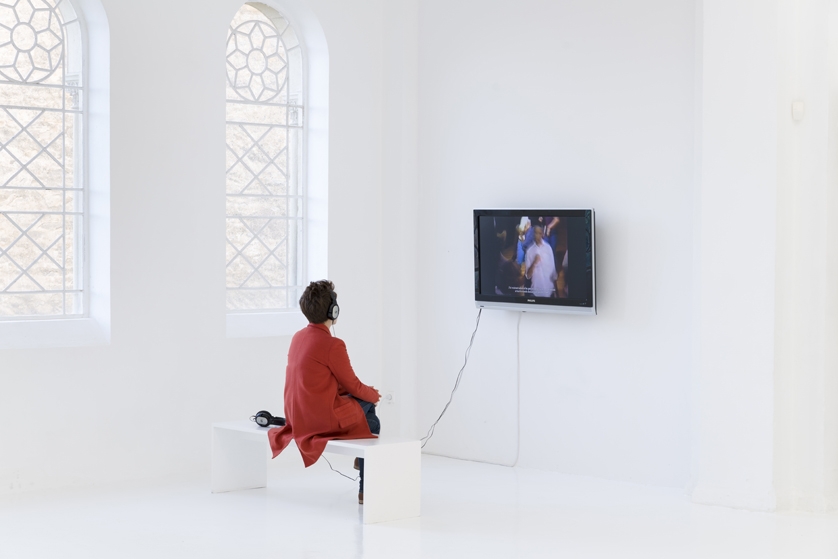 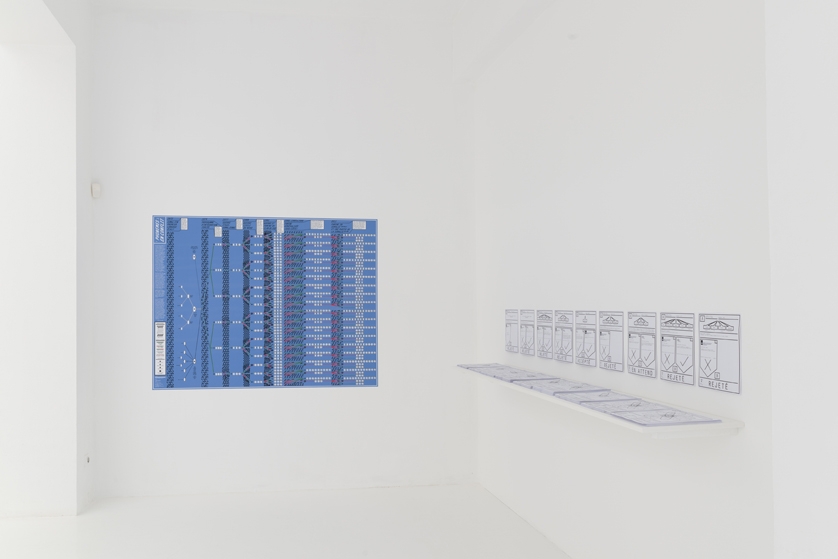 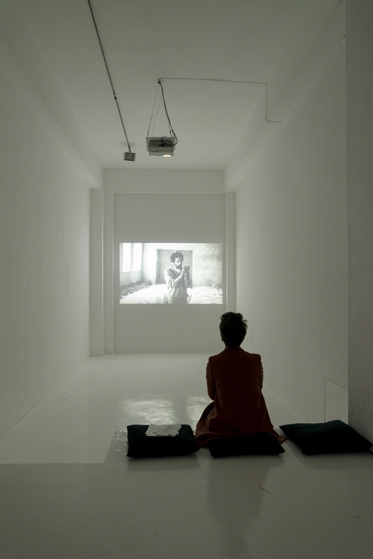 The Otolith Group, People to be resembling, 2012. Photo OH. Dancy. 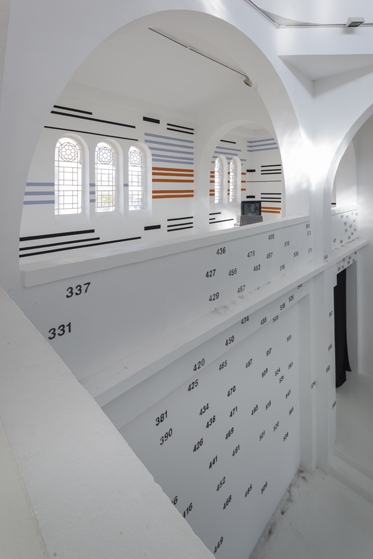 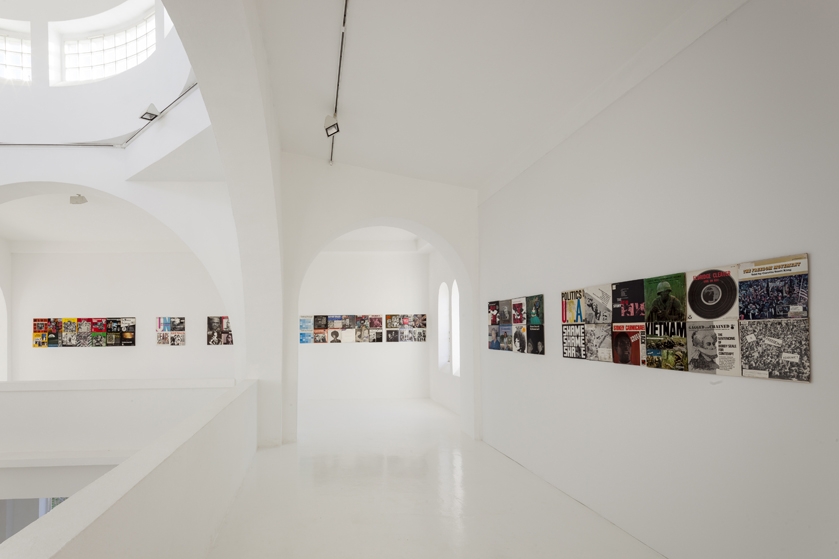 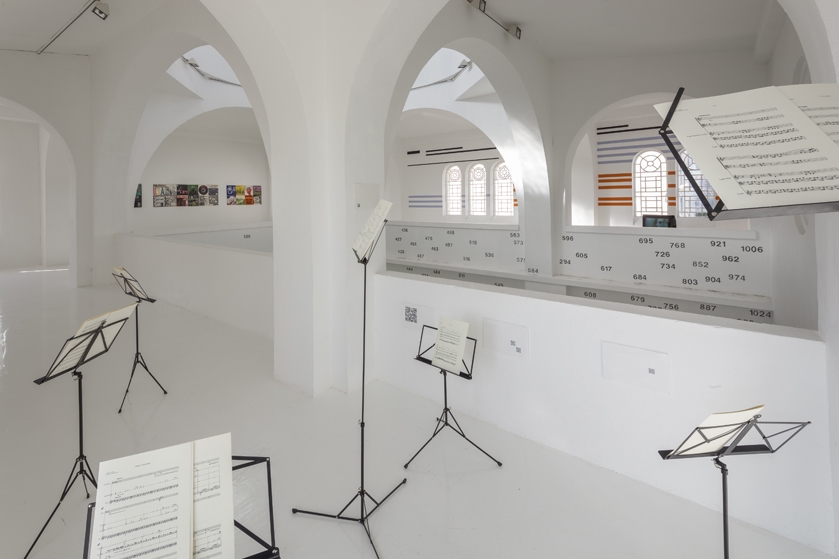 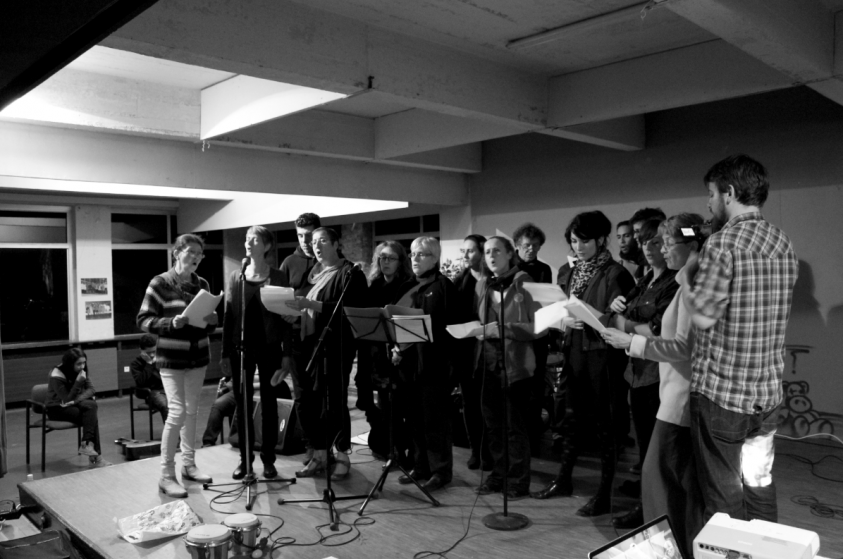 From Wednesday 25 September to Sunday 16 February 2014

Schizophonia explores the histories of music, sound and speech as reinterpreted and written by artists. From Latifa Echakhch's geopolitical scores and Adrian Piper's funk lessons to a concert by a group that Hiwa K has assembled in Delme, the exhibition presents works that sketch diverse aural genealogies. Many of these artists share an interest in sonic archives; they collect, revive and generate recordings - whether unconventional, popular, politicised or dormant - and examine the ways in which these are circulated.

The title of the exhibition borrows a term coined by the Canadian composer and theorist R. Murray Schafer to describe 'the split between an original sound and its electroacoustical transmission or reproduction'. In his book The New Soundscape (1969), Schafer explains that schizophonia 'simultaneously implicates matters of music, money, geography, time, race and social class'. He also mentions that he wanted to use a 'nervous word' deliberately linked to schizophrenia: 'I wanted it to convey the same sense of aberration and drama'.

f sounds, music and voices are timeless travellers, how do different political, cultural and social contexts change the way people hear and receive them? And, forty years after The New Soundscape, what does Schafer's 'aberration' mean today?

Two new works produced specifically for the exhibition explore the peregrinations of music, alongside questions of authorship and composition.

Eileen Simpson and Ben White (who work together as Open Music Archive) question the associations between traditional ethnomusicology and oral histories in the digital age. The duo have used Harry Smith's three-volume Anthology of American Folk Music (1952) as a source from which to develop a taxonomy of song variations, versions and remixes. By tracing the origins and subsequent adaptations of the songs compiled by Smith, the artists' video installation investigates the relationship between intellectual property and folk tradition, which is typically oral and has no single author.

Continuing his research into 'low-intensity conflicts', and on the occasion of a new instalment of his ongoing 'mini-opera for non musicians', Franck Leibovici presents an investigation into the propaganda chants generated by recent conflicts. Though these materials are often overlooked, they throw light on the everyday reality of these complex situations. Usually circulating in the form of YouTube videos, the chants have a relatively short lifespan. By using the format of jazz-standard anthologies (such as the Real Book), Leibovici transforms vagrant MP3s into sheet music.

Many of the other works in Schizophonia trace the connections between representation and subjugation; voicing and silencing; lost and dispersed archives; fragile musical heritages and the ethics of field recording.

These include The Otolith Group's People to Be Resembling (2012), a video-essay that opens up the sonic geography of the free-jazz trio Codona's 1978 debut album. In the form of a collection, Sharon Hayes's An Ear to the Sounds of Our History (2011) composes a visual history of activist speech from political spoken-word album covers that were produced in the United States and beyond between 1948 and 1984.

Elsewhere, Lawrence Abu Hamdan's 'voice maps', titled Conflicted Phonemes (2012), are based on methods used by European immigration departments so as to analyse a person's accent to ascertain their eligibility for asylum.

Schizophonia will open with a concert by the Chicago Boys, a covers band and study group assembled by Hiwa K in Delme with local musicians and non-musicians, during the course of a four-week residency.

Anna Colin is an independent curator and co-director of Open School East. Previously, she was associate director of Bétonsalon – Centre for art and research, Paris (2011-12) and curator at Gasworks, London (2007-10).

Sam Thorne is associate editor of frieze magazine, a visiting tutor at the Royal College of Art, London, and a co-founder of Open School East, a free-to-attend study programme and communal space that opens in East London in September 2013.