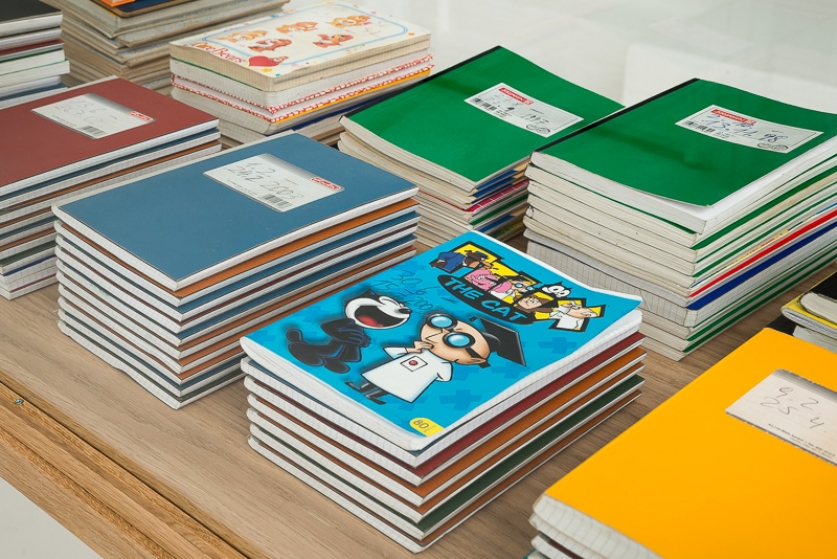 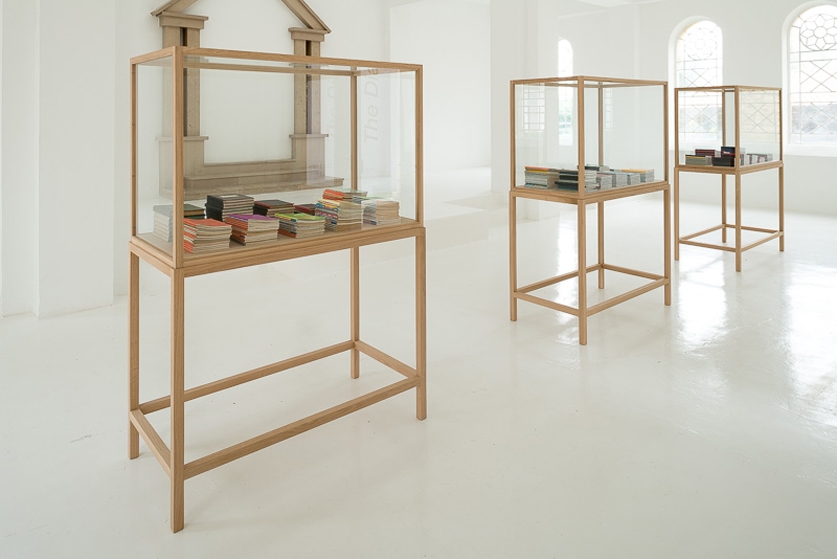 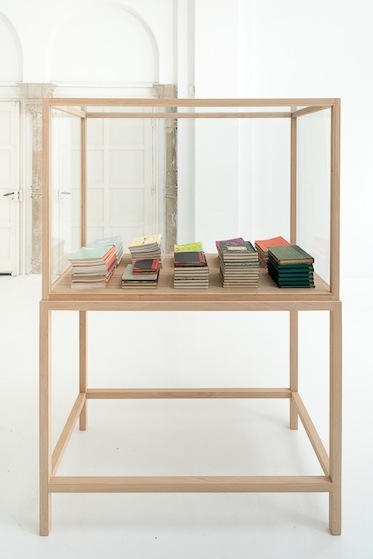 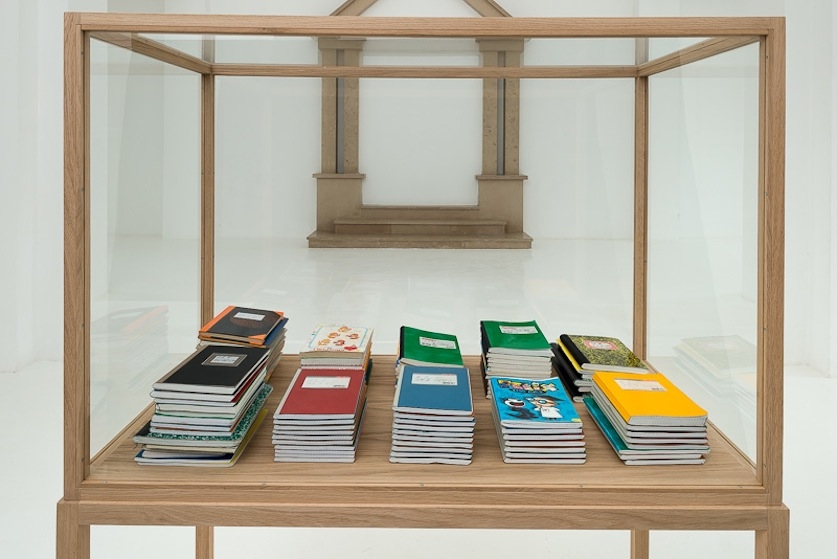 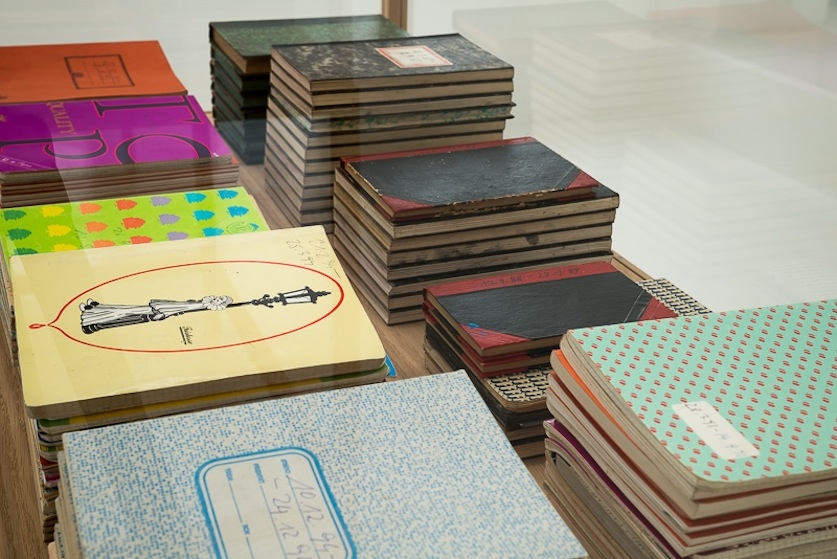 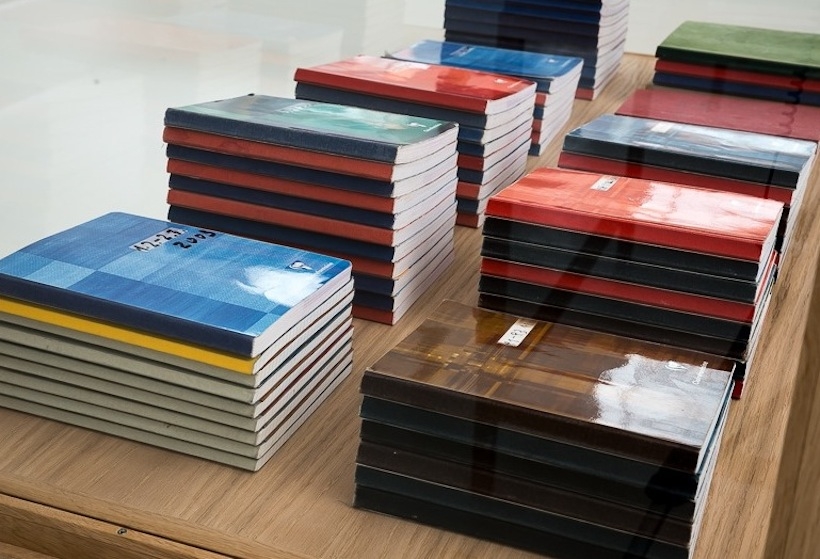 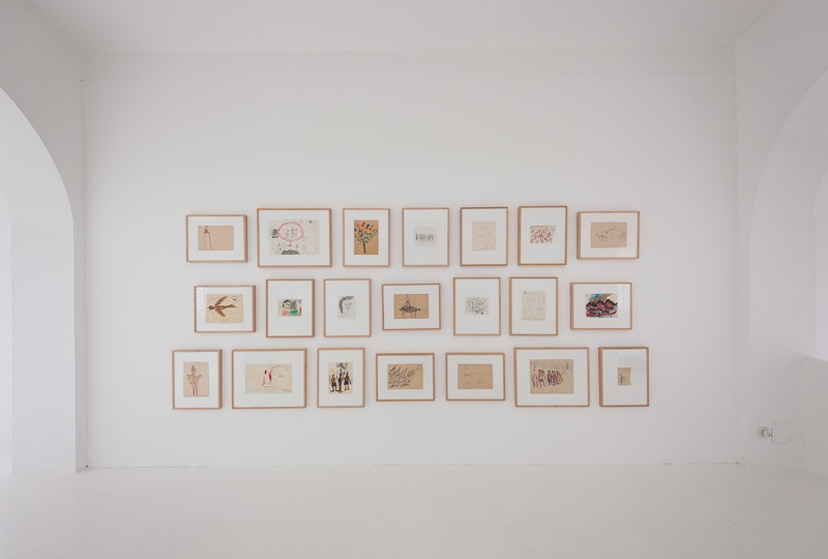 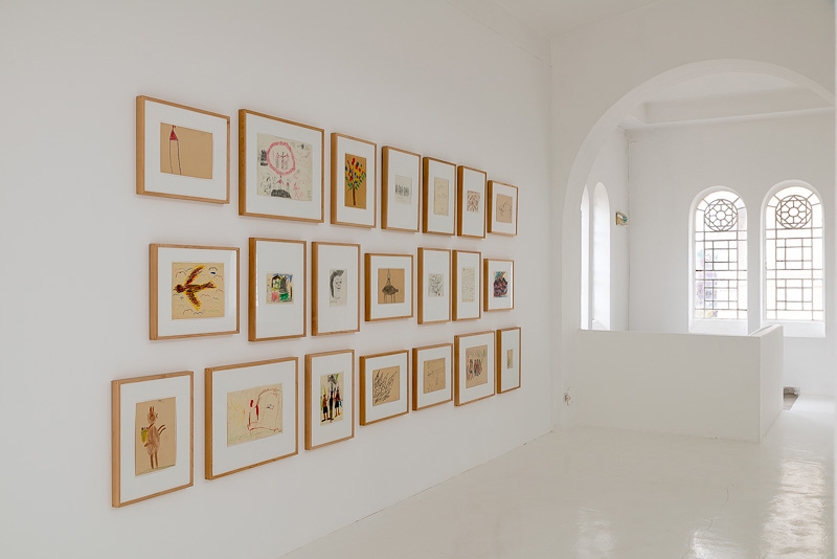 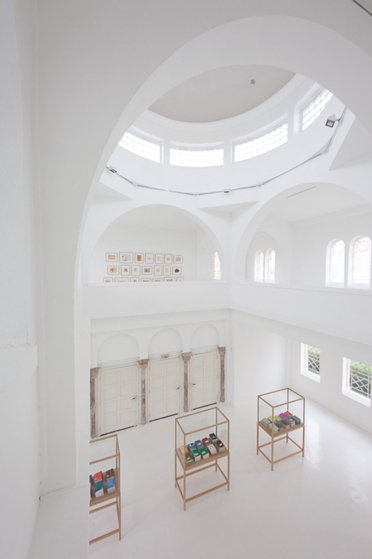 From Saturday 11 October to Sunday 1 February 2015

The centre d'art contemporain - la synagogue de Delme is pleased to present the solo exhibition The Diaries by Peter Friedl. Since his early beginnings, writing and drawing - in the broadest sense - have been core activities of Friedl's artistic practice, in which critical intimacy, displacement, political awareness, conceptual transfers, and new models of narration play an important role. For the first time, all of the artist's handwritten diaries from 1981 to 2014 will be on view in Delme.

More than three hundred closed notebooks are displayed in piles within specially designed museum showcases. As is often the case with Friedl's projects, juxtaposition and overexposure are the exhibition's very dynamics. In fact, The Diaries is an epic staging of real time, memory, volume, and text on paper. Thousands upon thousands of densely filled pages covering a period of over thirty years testify to the impossibility of capturing bare life in words. Like Friedl's other long-term projects such as Playgrounds (since 1995) and Theory of Justice (1992 - 2010) - both based on documentary photographic images - his diary installation is a study in narration and is open to change.

As private books and authentic documents authored equally by professional writers and amateurs, diaries sit ambivalently on the threshold of literature and history. Their centuries-long tradition has given rise to many ways of constructing, documenting and revoking subjectivity. By blocking access to the contents of his enshrined, closed diaries, Peter Friedl invites the viewer to contemplate the multi-layered meaning of how aesthetic experience and imagination work. In an era of open access and ubiquitous surveillance, overabundant communication and information, the artist's oe"real allegory" takes on critically new importance. It questions the power of display and imagination, the drama of form and content as well as the fragility of autonomy.

The Diaries plays with notions of the anachronistic, precarious, and unfinished. Yet Friedl's installation subverts the myth of immediacy in order to offer an alternative composed of withdrawal, silence, and introspection. Simple, mundane activities such as reading and writing become tools and aids for potential resistance and emancipation.

As a visual prologue to the diary project, the exhibition will include a selection of Friedl's own childhood drawings from the 1960s. Like the notebooks, the authenticating medium of the drawing can be experienced as a piece of material culture.

Since the 1980s, Peter Friedl has published numerous essays and book projects such as Four or Five Roses (2004), Working at Copan (2007), and Playgrounds (2008). A large selection of his writings and interviews was published in 2010 by Sternberg Press under the title Secret Modernity.