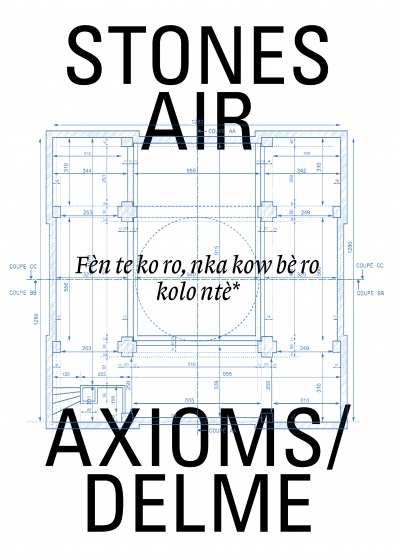 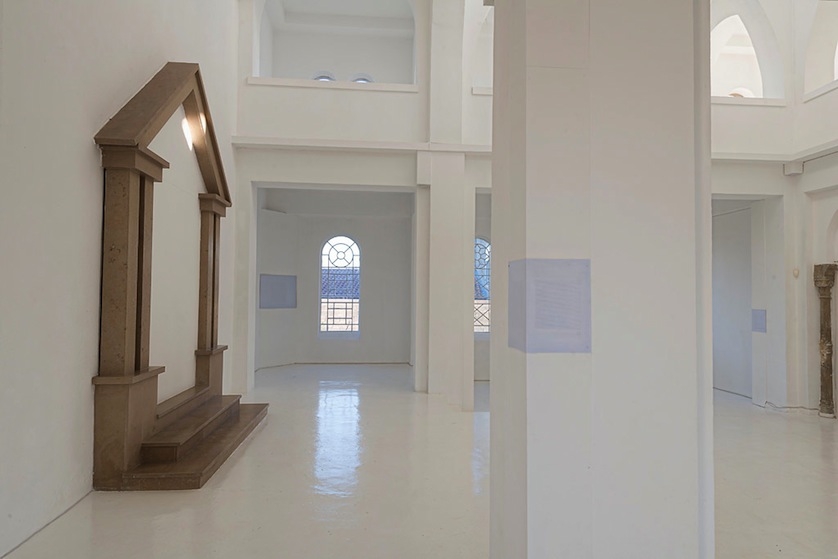 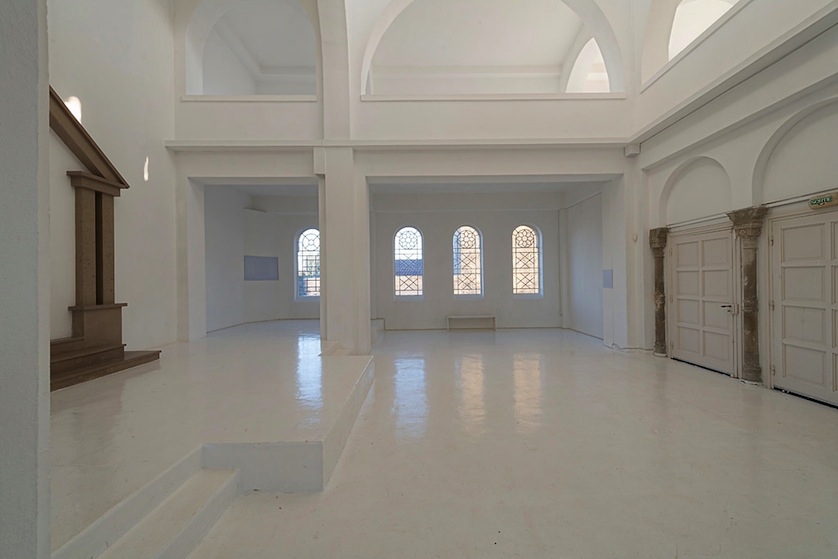 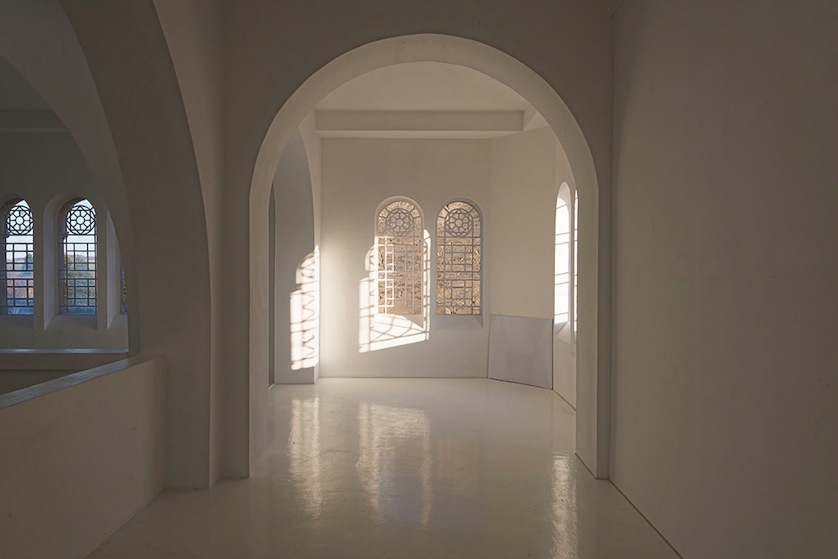 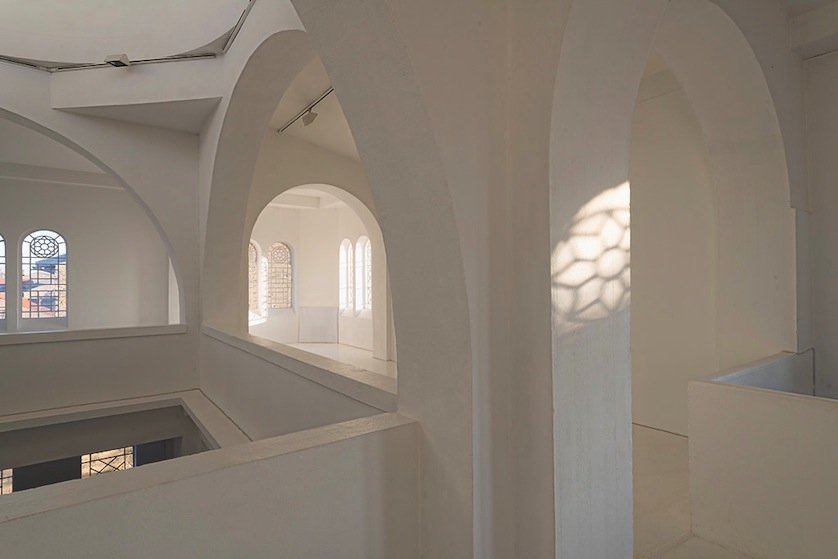 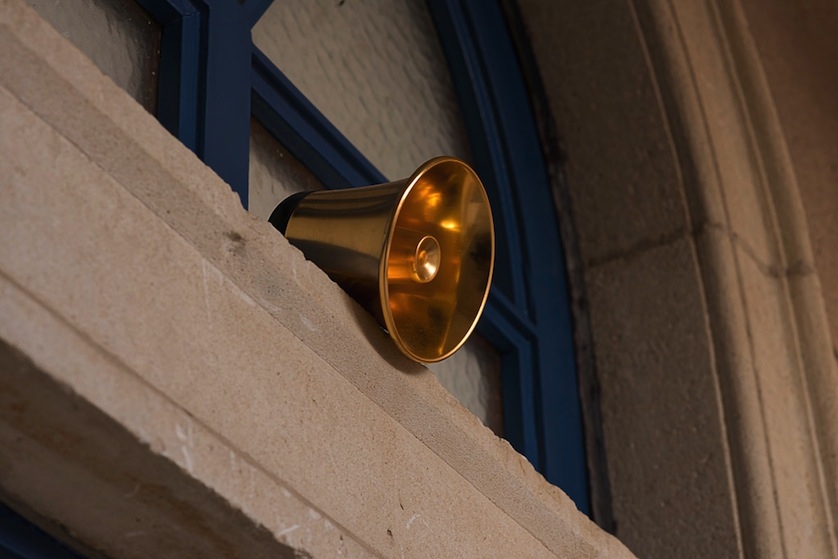 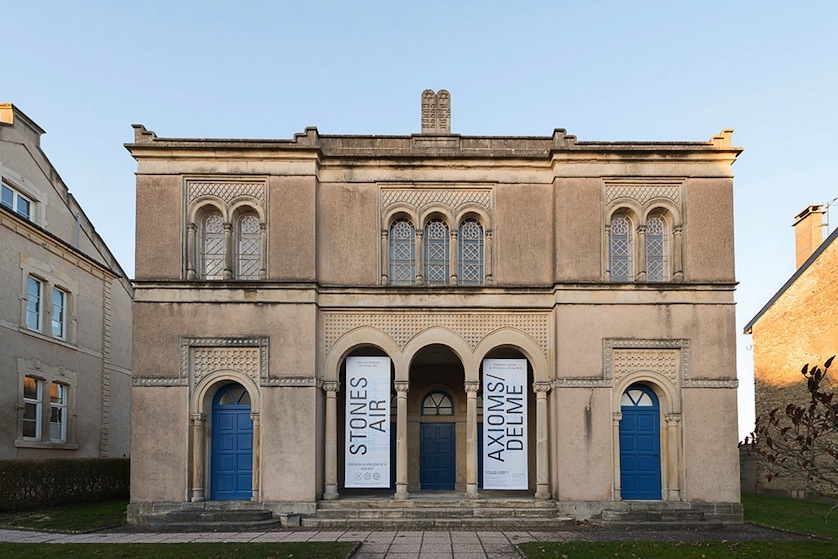 Stones, Air, Axioms / Delme
Fèn te ko ro, nka kow bè ro kolo ntè
(There is nothing in things, but not all things are without content.)

In 2006, at a time when they were both active in the field of experimental and improvised music, Jean-Luc Guionnet and Thomas Tilly came to know each other through their shared interest in relationships between sound and architecture. In 2010 they created the first stage of the project Stones, Air, Axioms at the Poitiers Cathedral using its organ (a Clicquot organ of exceptional quality) to make it resonate through the whole building.

From the outset, they conceived of this sound installation as the first phase of a long-term research project more specifically linked to religious architecture. Following a second instalment at the Corpus Christi Basilica in Krakow, Delme is the third phase of their project.

By virtue of its history and exceptional acoustics, Delme’s former synagogue is the ideal setting for a customised, on-site sound installation. Jean-Luc Guionnet and Thomas Tilly are deliberately leaving the place empty, giving visitors an experience of both visual and sound architecture. By supplementing the built space with frequencies, as well as voices, instrumental notes, rhythms and silences, the artists offer everyone a special listening situation: whether this listening is drifting or attentive, static or mobile, it is guaranteed to give visitors a different perception of the place, which is remoulded by the volume of air it contains and by the sound travelling through it.

The “score” of Stones, Air, Axioms / Delme was composed partly from architectural drawings, whose principal measurements were translated into sounds and waves, and partly from recordings of voices and instruments, which spread through the space.

The voices in question mix different languages both familiar and foreign, comprehensible and incomprehensible. They are not just abstract sound materials, but also vehicles of a meaning that fades away in the succession of its echoes. From Dogon prayer translated from one language to another, to the personal account of a mystical experience, these voices combine to form an architecture of sounds and signs favourable to the decompartmentalisation of all the senses.

Extract from a text by Jean-Luc Guionnet on Stones, Air, Axioms / Delme :
(…)
10.5 – there is the placing of all of these sounds, meanings, signs in space
11.5 – there is the shaping of the uncontrollable relationships between them
12.5 – there is the exhibition of the elements as they are
13.5 – there is the building of colossal objects aggregating several fragments from our different sources
14.6 – there is our counting of time: the voices, instrumental sounds, synthetic sinuses take their place in the space, so time structures itself around these words, these prayers, these phenomena, as a river goes around rocks that it polishes day after day.
(…)

The art centre would like to thank for their help and their participation: Désirée Mayer, Claude Grandjean, Will Guthrie, Cyprien Busolini, Atimé Dara et Sonia Fleurance.

After studying the philosophy of art, Jean-Luc Guionnet dedicated himself to music and sound art, as well as acousmatic composition (Estuaire, Audible Festival 2013), instrumental composition (Distances ouïes-dites for the Dedalus Ensemble, performed at the Consortium, 2013), and instrumental improvisation with saxophone and organ (Hubbub since 1998, The Ames Room since 2008, solo organ since 1999, at Instants Chavirés, during Nuit Blanche in Paris in 2013, as well as in Europe, the US, Japan and elsewhere). Each situation or collaboration is a chance to show what a sound work can uniquely conceive—but also call into question. Jean Luc Guionnet’s work is sometimes situated very far from what music is assumed to be.

Most of his various pieces and collaborations have been published by international labels like Hibari Music, Matchless, Potlatch and Quakebasket.

At the same time, he is pursuing theoretical work through texts that are either presented as lectures (Transmediale, Sorbonne Paris 1, Scam) or published in magazines like Revue & Corrigé, Filigrane and Théâtre Public.

Thomas Tilly uses a microphone and speaker as his primary creative instruments. His work revolves around the study of sound environments and their confrontation with the spaces in which they exist, drawing equally on both experimental and scientific music research.

In his approach, listening is central, to the detriment of all other forms of representation. What occurs in the field must be interpreted and then transmitted to the listener under conditions of total immersion. The subjectivity of this reconstruction is rooted more in the sensible than in a complex technological contrivance. Relations with natural spaces, architecture or urbanism have become his preferred lines of research.

In Test/Tone, acoustic mapping and methods of analysis become tools to probe a concert hall’s nervous system and structure. In his installation Contrefrormes Ligne A, the listening posture of tramway passengers becomes a pretext for transforming the train into a listening lounge. Thomas Tilly prefers to approach his work from the perspective of the relationship between nature and technology, the primitive and the modern, often by exploring forms of communication. In Cables & Signs, the chirring of unidentified aquatic insects creates a mise en abyme with electronic music.