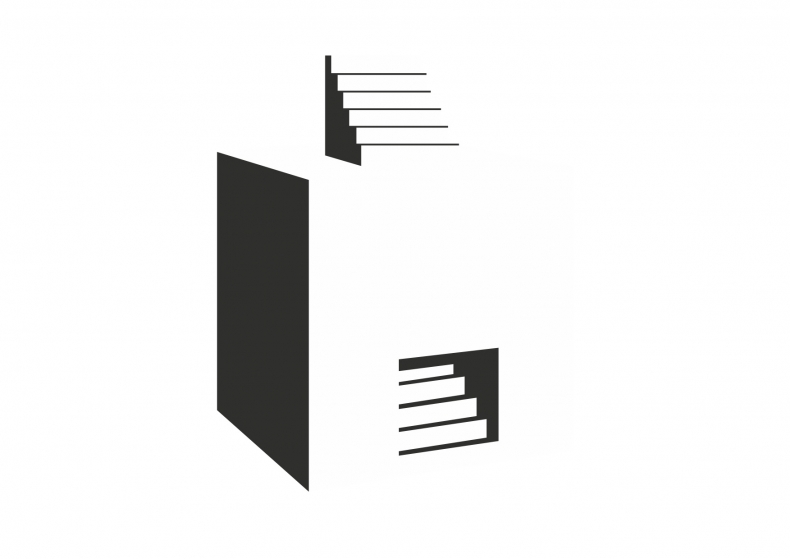 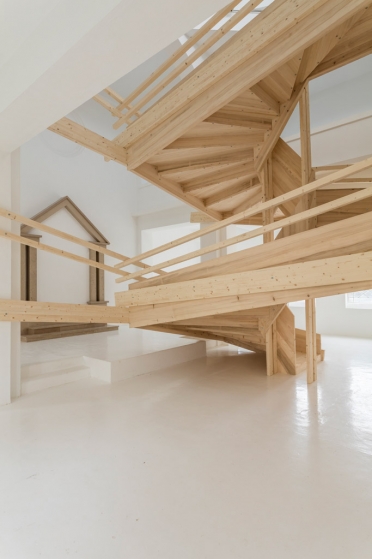 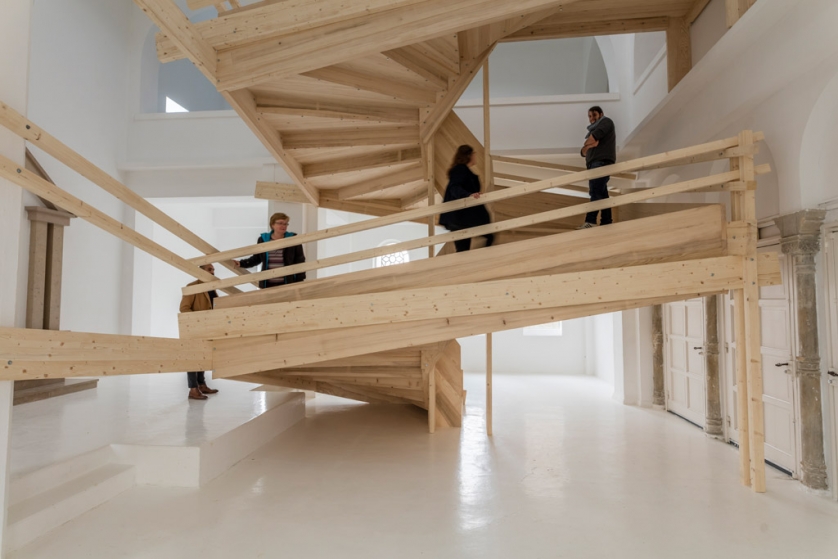 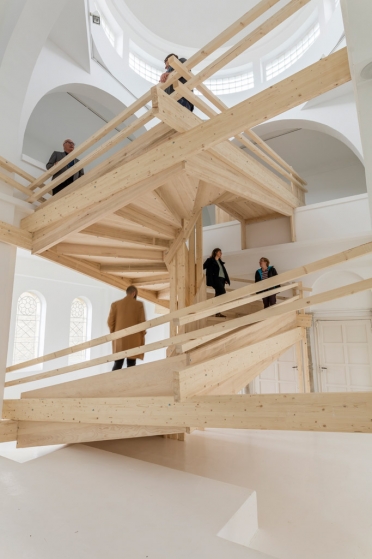 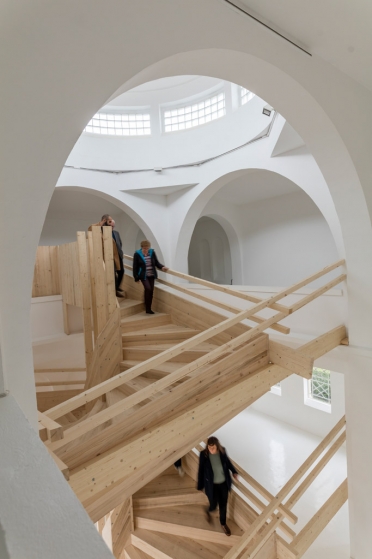 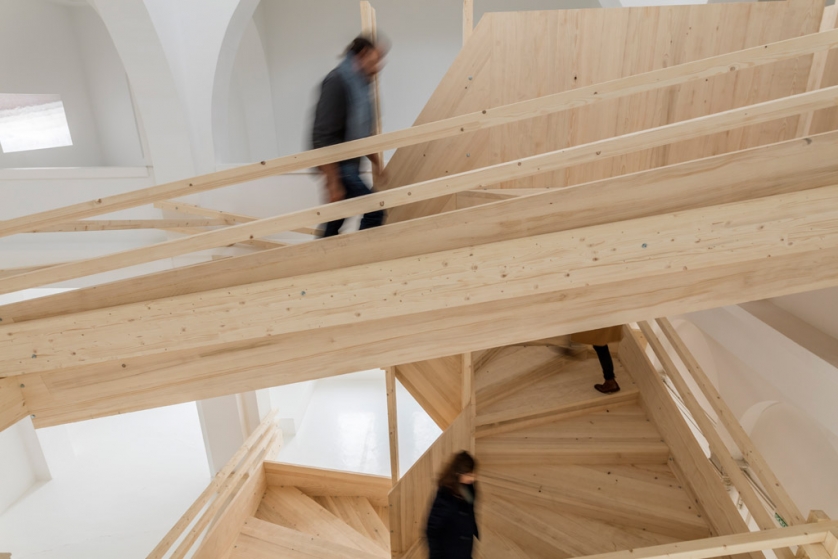 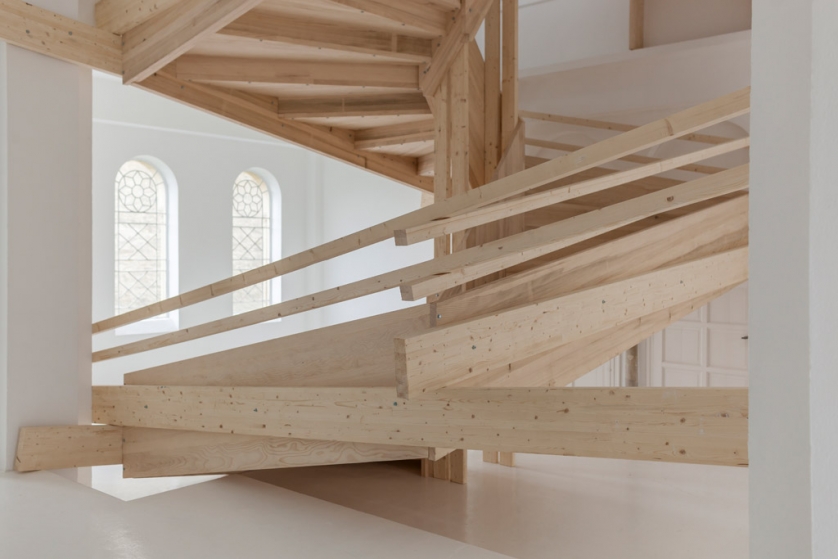 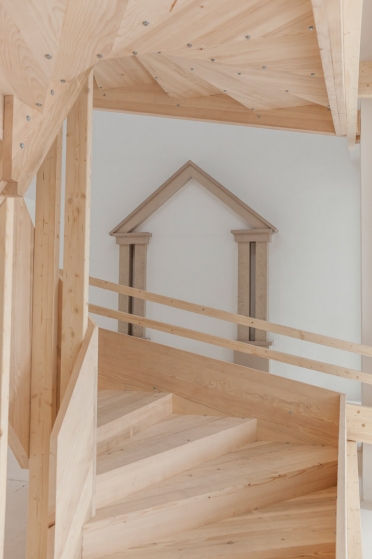 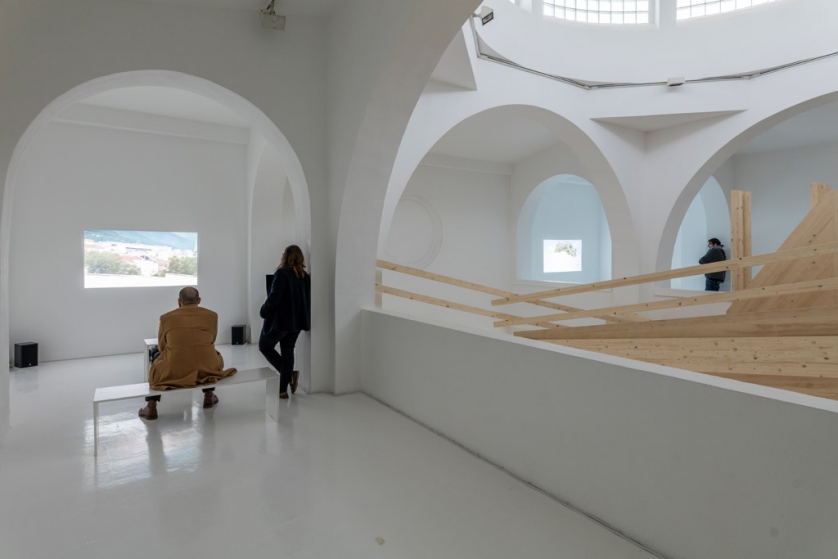 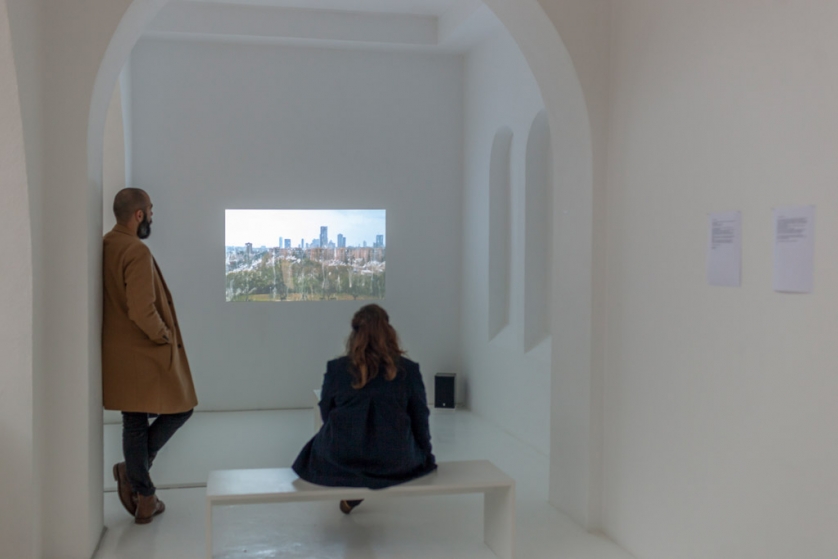 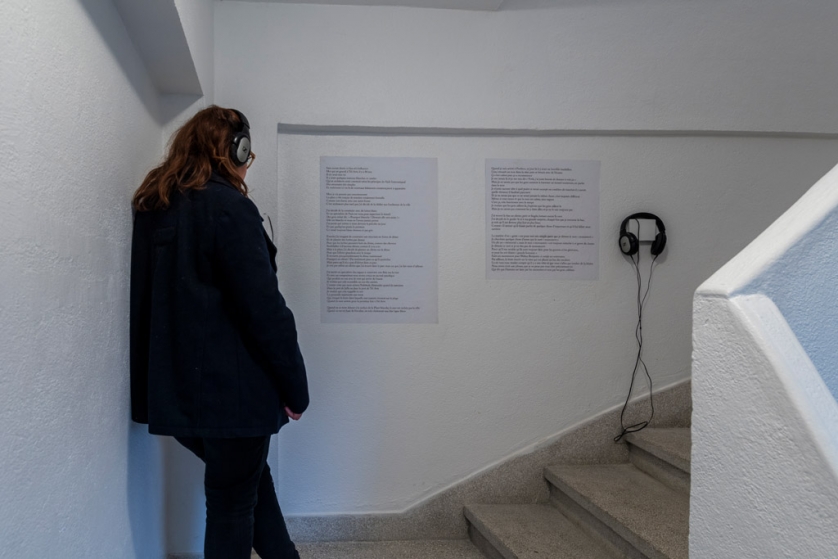 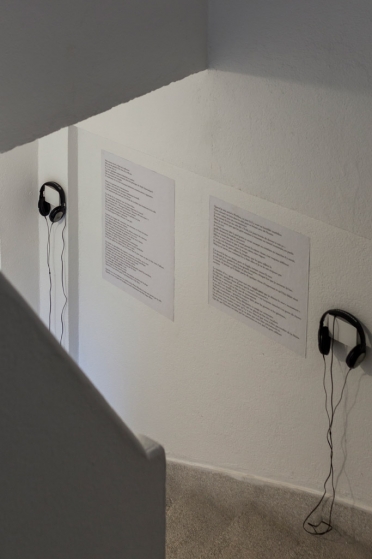 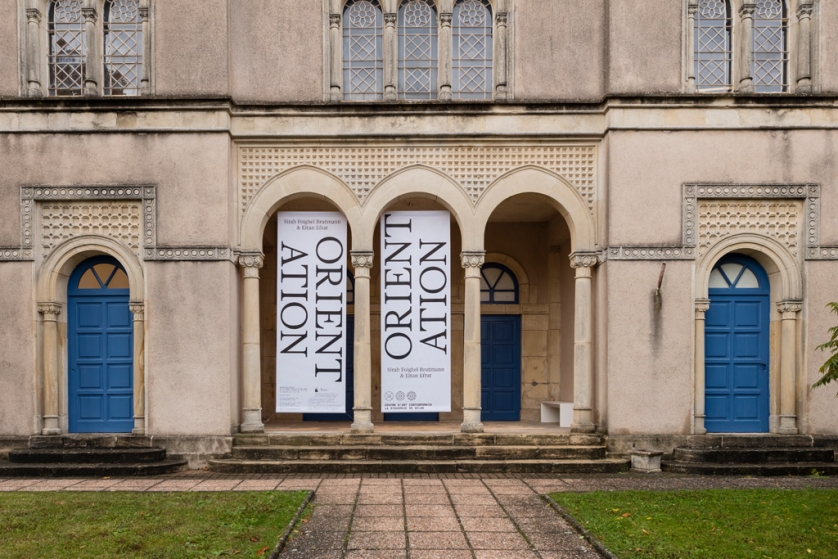 The term “orientation”, used for the title of the exhibition, derives from the Latin word oriens, which means “rising” and makes direct reference to the direction of the rising sun in the east. Etymologically, orientation consists in directing something eastward. It originates in the Western Jewish tradition of positioning synagogue entrances so that they face Jerusalem. An oriented synagogue therefore faces east, whereas Delme, built in an Oriental style, has the particularity of being slightly “disoriented”, facing north-east. By the same token, the exhibition offered in Delme by artists Sirah Foighel Brutmann and Eitan Efrat is presented as an invitation to slightly shift our perspective.

Through two films, a sculptural installation, texts and sound pieces, the artists explore memory in its relationship with oblivion.

How can a public space be the medium of collective narratives that frame reality and orient attention in a single direction, and how can one imagine another collective experience that would be capable of renewing our relationship with the past and with history?

Central to the two public sculptures explored in the exhibition is a staircase leading the visitor to a panorama of the landscape. In Portbou or Tel Aviv, each viewpoint is framed, secured by a glass panel, and overlooks the Mediterranean.

Sirah Foighel Brutmann and Eitan Efrat present two video works that mix videos found online with original material created on the sites of these two sculptures, in an attempt to describe the collective experience produced by these public monuments. Between the desire to frame views and memories, and the poetic failure that results from a singular point of view on history, both video works suggest a path that, in each case, lead from Dani Karavan’s official monument to a second abandoned monument, and everything is accompanied by an original sound composition that mixes ambient sounds with the wind sweeping through the Tel Aviv sculpture, or the strident blowing of the trumpet of a jazzman, invited to improvise while the film was being shot in Portbou.

Alongside the two video works presented at the exhibition, the artists created a monumental spiral staircase that leads visitors from the synagogue’s central space to the balcony upstairs. The new staircase coexists with the synagogue's original staircase, inducing a redistribution of symbolic and spatial hierarchies, between the high and low, between the women’s space upstairs and the men’s space on the ground floor, as designated in the old synagogue. It enables visitors to experience their own movement of ascent and descent in a space that is infused with various strata of memory and history.

The installation is completed by mural texts that transcribe extracts of the artists’ interview with Dani Karavan, who talks about how he devised the two sculptures. Visitors can hear the voice of the sculptor during the interview, as well as the voice of Sirah Foighel Brutmann, who reads a French translation of Karavan’s words.

Between the three staircases in Portbou, Tel Aviv and Delme, between visible places and less visible places, what secret links are suggested and reconsidered? By inviting us to go up and down a staircase, the artists suggest we follow new, nonlinear paths, and take a different view of the places that surround us.

During the exhibition, the raw wooden staircase will get covered by the traces passing visitors, and will transform over time. When the exhibition ends, it will disappear from the space for which it was designed, and its future use remains undecided. Between reconstruction and abandonment, it is situated in that same space which separates official monuments from those we have forgotten.

This exhibition is specially sponsored by the stair contractor Escaliers Somme. Sound design: Laszlo Umbreit
The production of the video works was supported by Argos, Beursschouwburg and VAF, Brussels.
The artists would like to thank Ruth Noack, Messidor, Helena Kritis and Andrea Cinel.

Both born in 1983 in Tel Aviv, Sirah Foighel Brutmann and Eitan Efrat respectively studied dance and the visual arts in Brussels, where they currently live and work. In their films or in their photographic installations, they explore how private or collective narratives cross time and space, how images mark and inhabit history, shaping both memory and oblivion.

Their work has recently been the subject of solo exhibitions: at the Kunsthalle Basel (2013) and at the Argos Centre for Art and Media in Brussels (2014). Their films have been presented at numerous international film festivals such as the International Film Festival Rotterdam (Holland), the Images Festival (Toronto, Canada) and the International Short Film Festival Oberhausen (Germany).