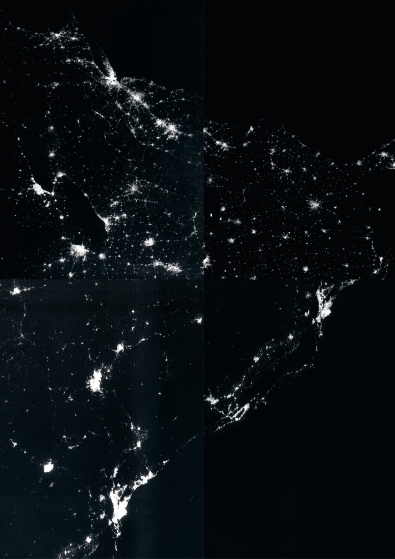 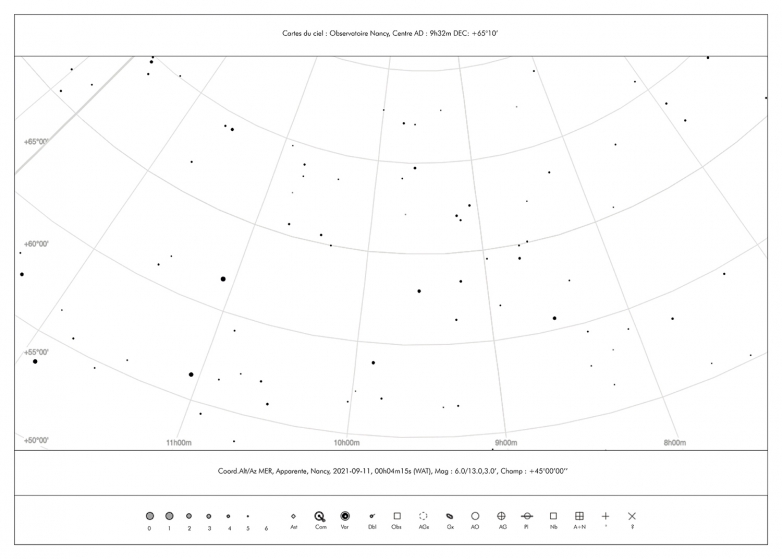 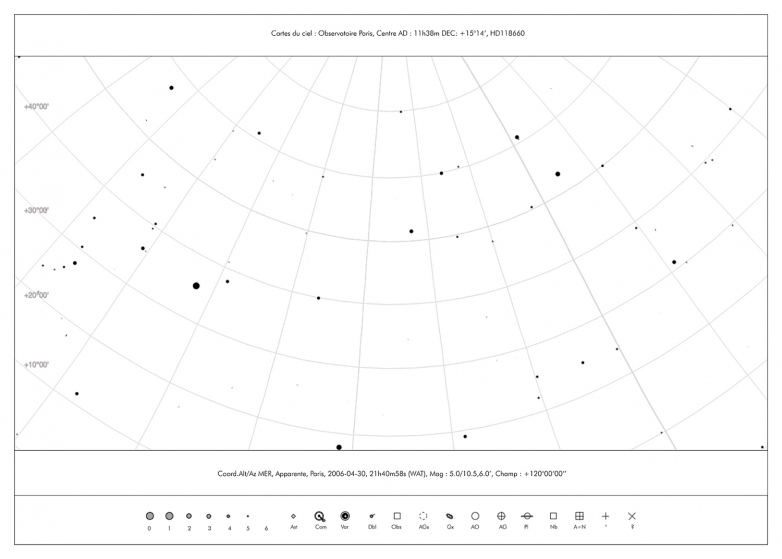 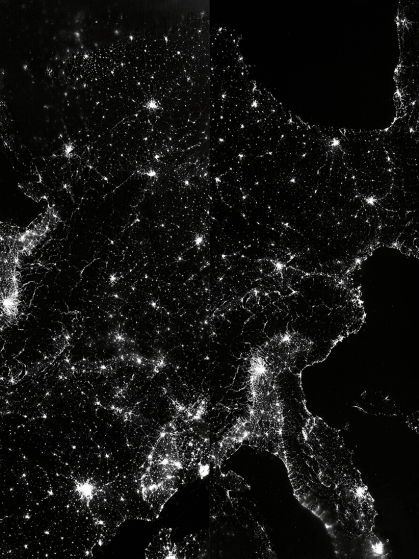 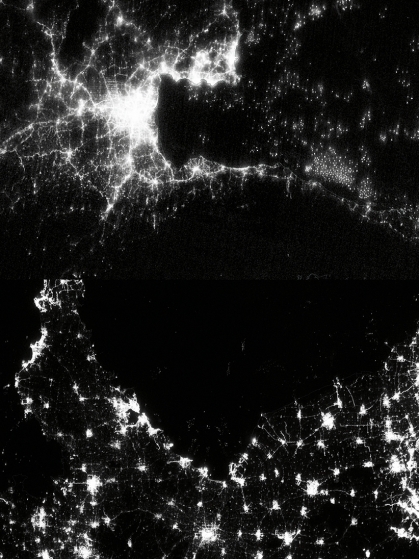 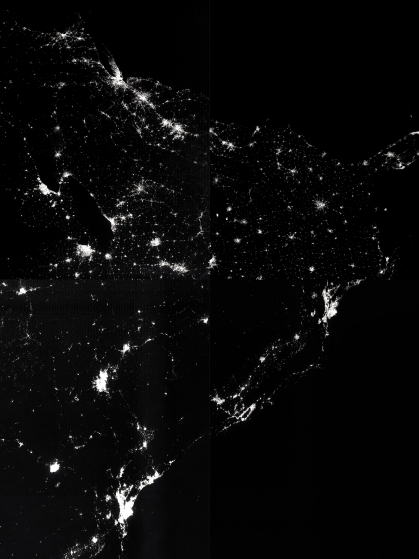 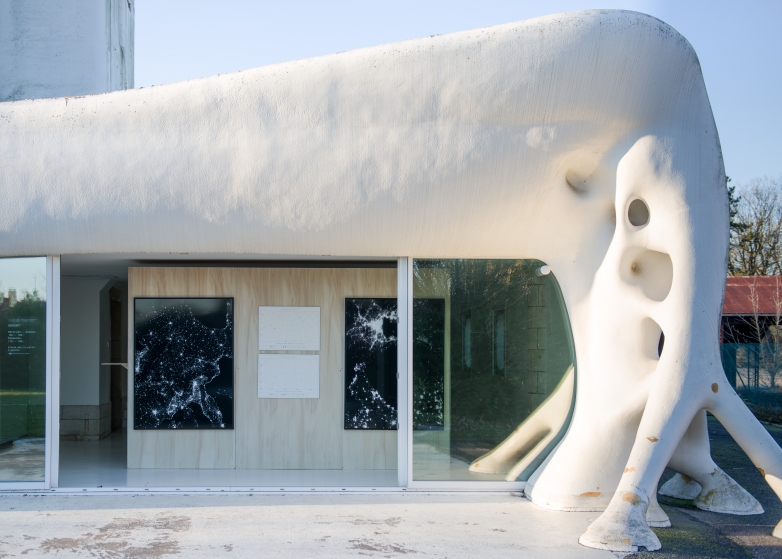 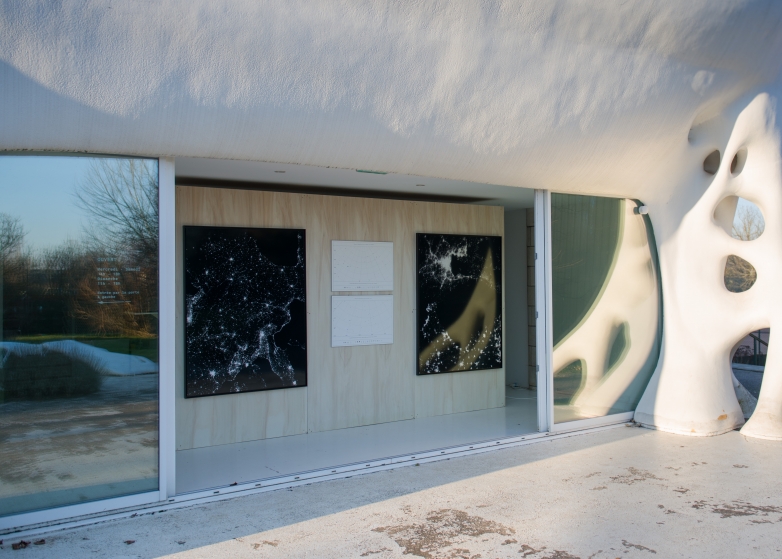 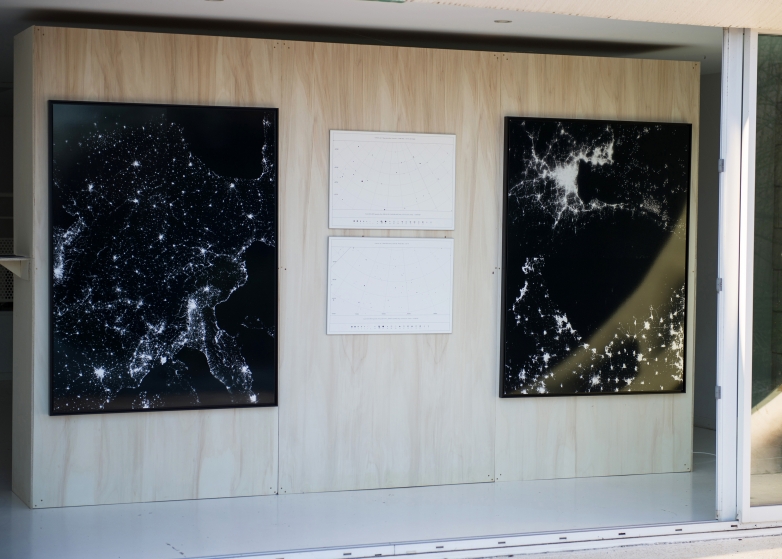 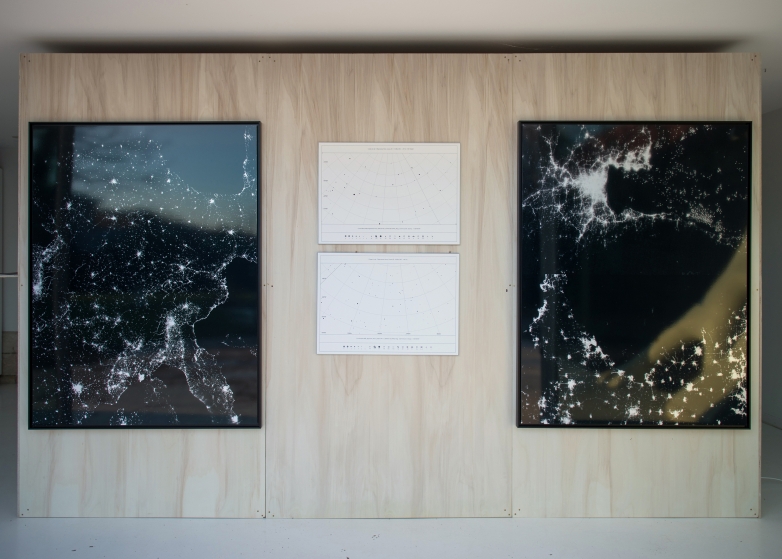 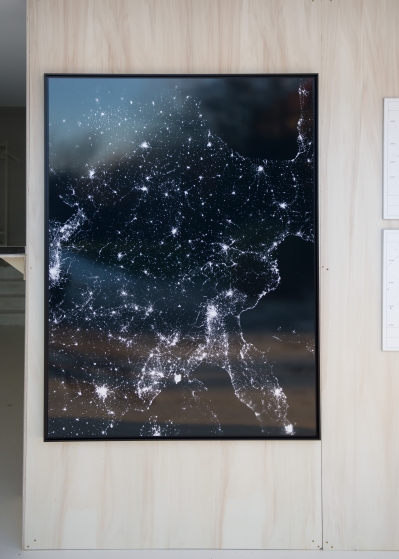 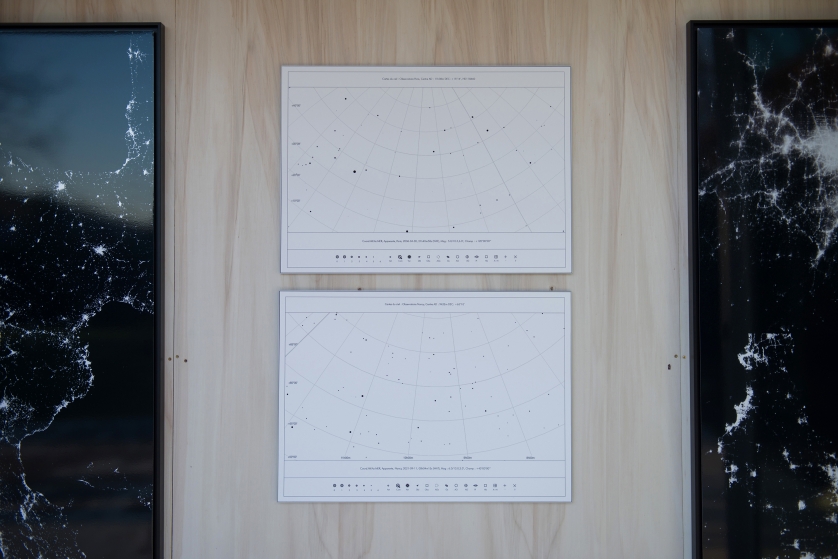 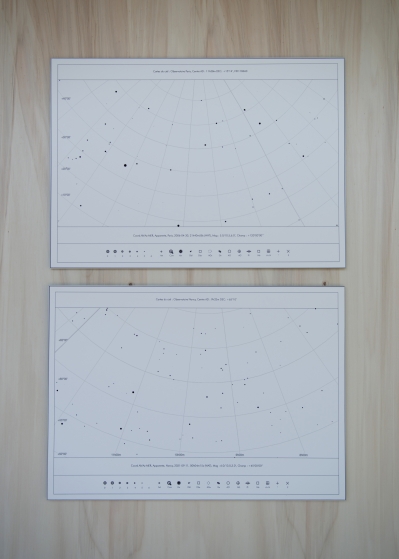 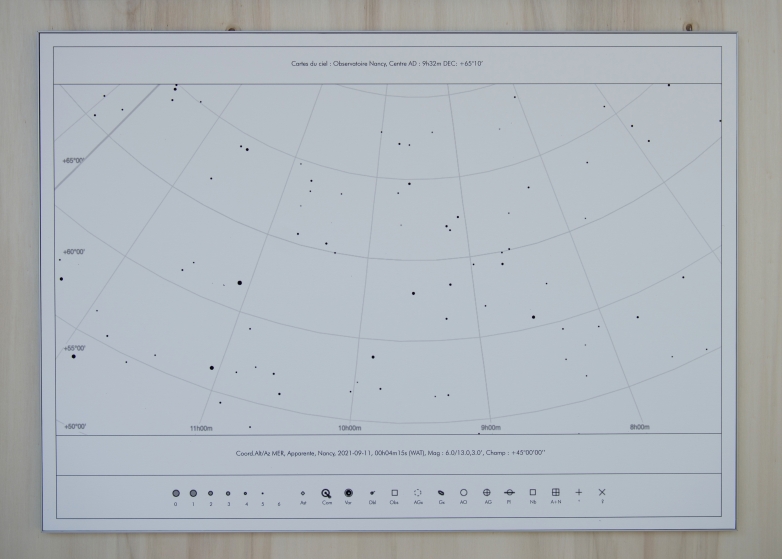 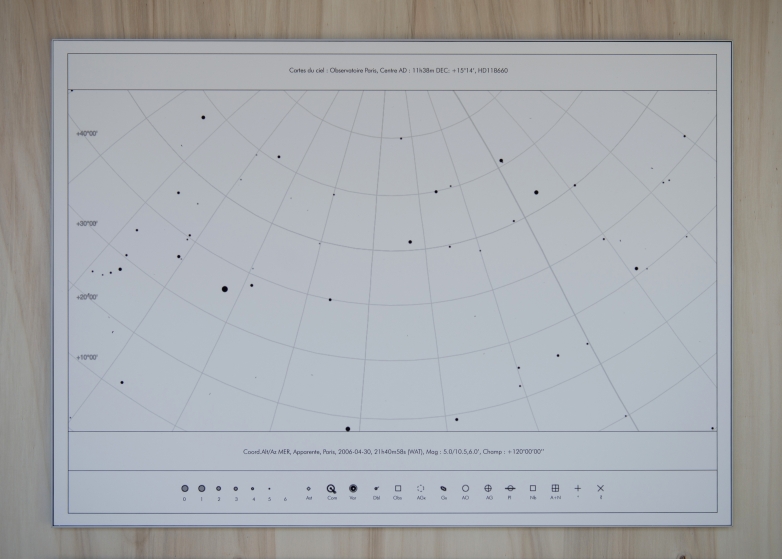 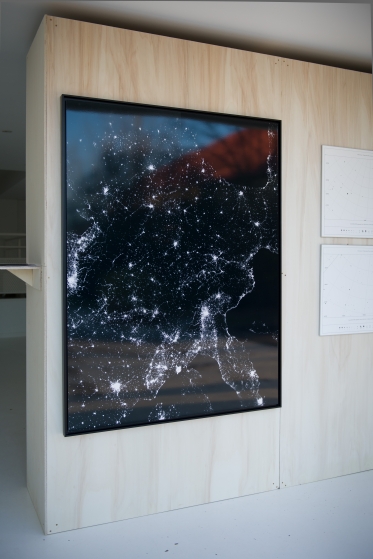 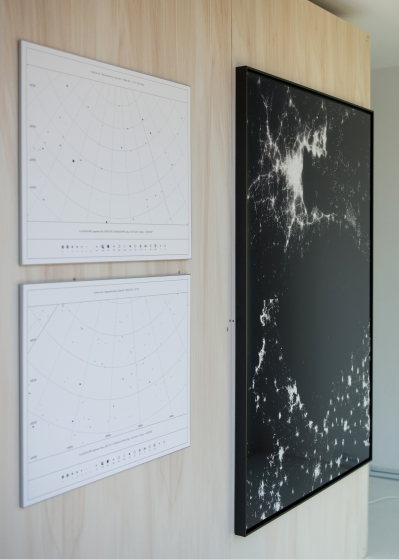 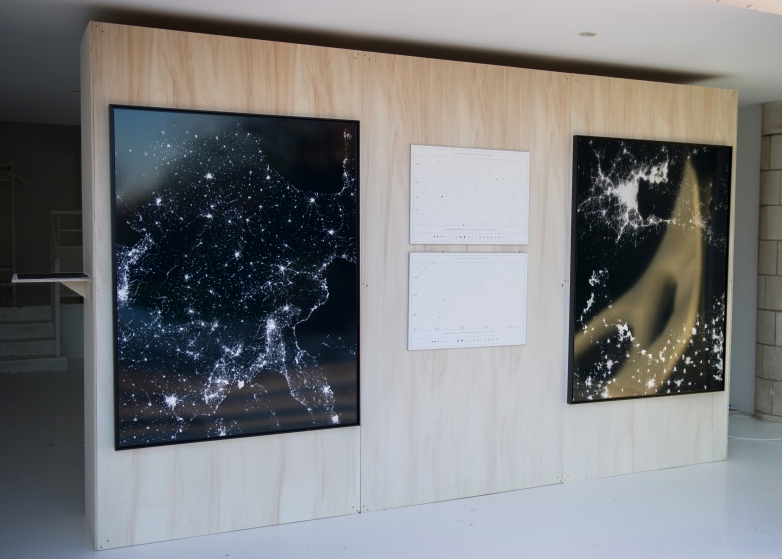 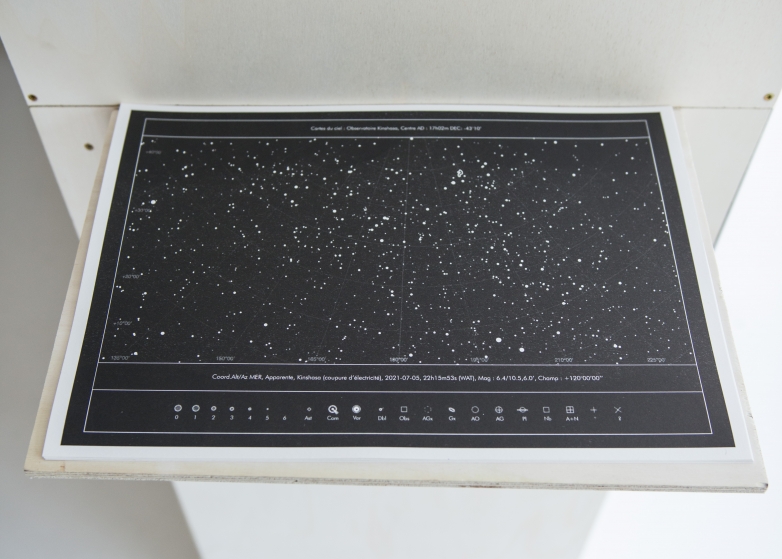 Armelle Tulunda creates artworks within the field of photography and imagery in the broad sense, through direct production, but also by appropriation of images taken from books or scientific websites designed for the general public. She is especially interested in the construction of these images, not only from a scientific point of view but also from political, sociological, and historical perspectives. By highlighting their modes of production, she underlines the way in which these images reveal a state of the world that does not strictly stem from unquestionable truth. A self-taught scientist who approaches this discipline with a deliberately artistic gaze, Armelle Tulunda was initially inspired by the beauty of these images, their poetic quality, while becoming aware of the facticity of their appearance: such as the ones transmitted since the early nineties by the Hubble space telescope,[1] which, since they are not sufficiently precise in their raw state, must be coloured, retouched, thus becoming more legible scientifically and accessible to the general public. The artist finds a pocket of freedom in these unknown methods, thus allowing her own images of the cosmos to stray, between infinite reveries, poetic abstraction and, implicitly, a reality of image production arising out of political and economic issues that are often far removed from pure scientific research. A highly subjective scientific “realism” thus emerges, with notable consequences on the collective cosmic imaginary, thus turning an image optimised for research into authentic documentation.

Armelle Tulunda likes to anchor her artworks within a paradoxical situation, that of confronting imaging of great precision, supplied by tools with increasingly powerful technology – whose codes she appropriates – with the artisanal production of images in the workshop, drawing on photographic techniques that do not require sophisticated equipment, such as photomontage or analogue photography using chemigrams. These various manipulations allow the artist to question the photographic medium, its history, as well as its fragility in representing the real beyond its surface, often considered by the majority as an irrefutable truth. She is therefore interested in the way in which individuals perceive phenomenon that are not directly accessible to most people, and how the latter link their subjectivity to the unknown, by amalgamating personal stories with official scientific discourses, thus composing knowledge of the world and a degree of truth, oriented in one direction over another.

After her initial research in the field of astronomy, Armelle Tulunda recently became interested in the phenomenon of light pollution: omnipresent yet discreet, this form of pollution does not really spark debate, or fuel disastrous theses, but it nevertheless has not inconsiderable effects on the evolution of humans and non-humans, in their relationship to biological cycles. The light produced by the urban environment no longer enables those who live there to be connected to the celestial world, rendered invisible by a dense fog of light… The artist, having grown up in the Paris region tells the following anecdote: “On a visit several years ago to the Cité des Sciences et de l’Industrie in Paris, I went to a screening at the Planétarium. The film presented the various stars, planets, or phenomena that we could see with the naked eye. Despite the quality of the images screened, I couldn’t help but feel dissatisfied – a feeling that it took me a while to verbalise. If there are so many amazing things to see, simply by having access to a night sky devoid of light pollution, why had I gone indoors to see computer-generated images of them?” Within the framework of her exhibition Intervalles in the window of the Gue(ho)st House, the artist confronts her urbanite’s experience with that of Delme, where the stars are clearly visible by night. The works presented make us think about our personal relationship to the cosmos, our loss of bearings considered “natural”, and about a period of environmental crisis often obliging us to find new forms of reconnection with the world.

[1]The Hubble space telescope was developed by NASA with participation from the European Space Agency, and has been in operation since 1990. A particularly serious optical aberration was discovered shortly after it was put into orbit. The US Congress, not satisfied with the ratio project cost/promise of a better visibility of space, therefore had to confront the scientists with their responsibilities. Retouching work on the post-production images, which provides a particularly enchanting vision of the cosmos, thus became necessary within the framework of this project.

In the frame of its partnership with ENSAD Nancy, through its Perspectives 2020-21’ project, CAC - la synagogue de Delme team members will accompanies Armelle Tulunda in her projects for a year, thanks to the Emerging Artists Grant 2021 of the Région Grand Est.

Armelle Tulunda (b. 1994 in Colombes) is a French artist who graduated from École Nationale Supérieure d'Art de Bourges (BA, 2016) and École Nationale Supérieure d'Art et de Design de Nancy (MA, 2020). Following the Lumen : Atina Residency (2018), she was selected to present her first solo show, Out of Sight, in 2019 at the Lumen Crypt Gallery in St John On Bethnal Green, London. Previous projects include exhibitions in Nancy (FR, 2020), London (UK, 2019) as well as a residency in Atina (IT, 2018).