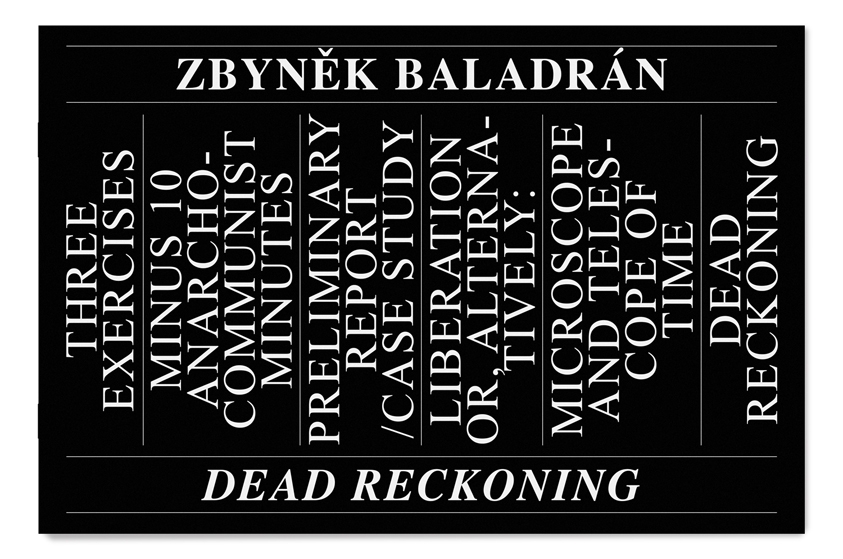 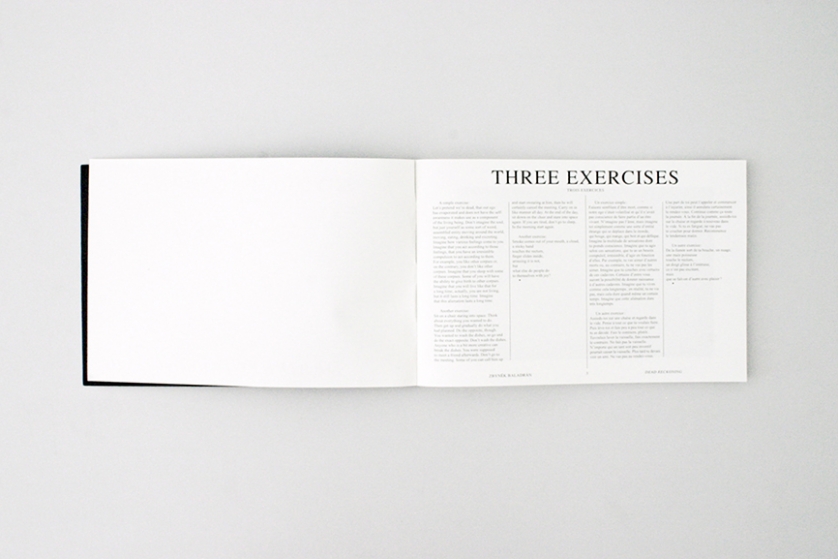 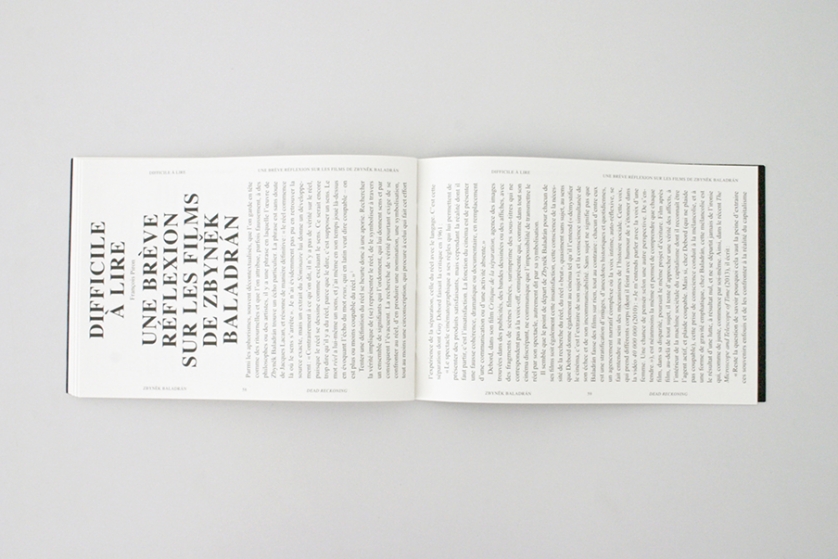 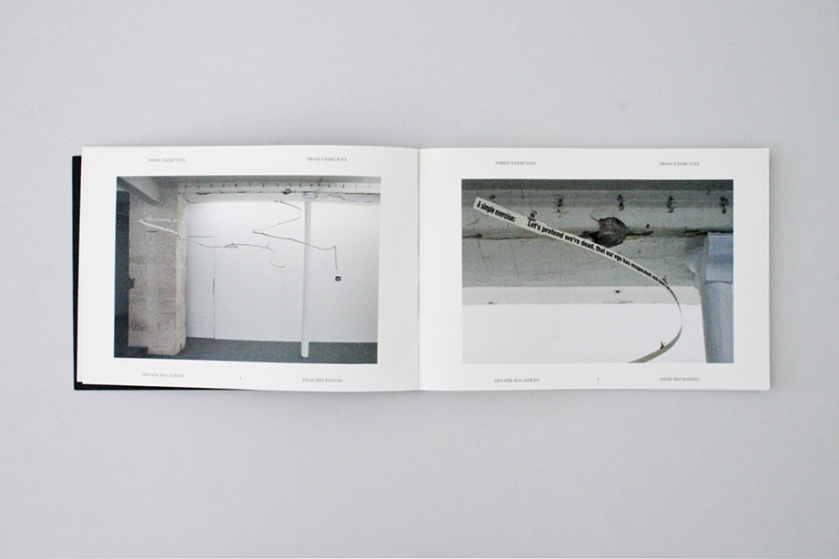 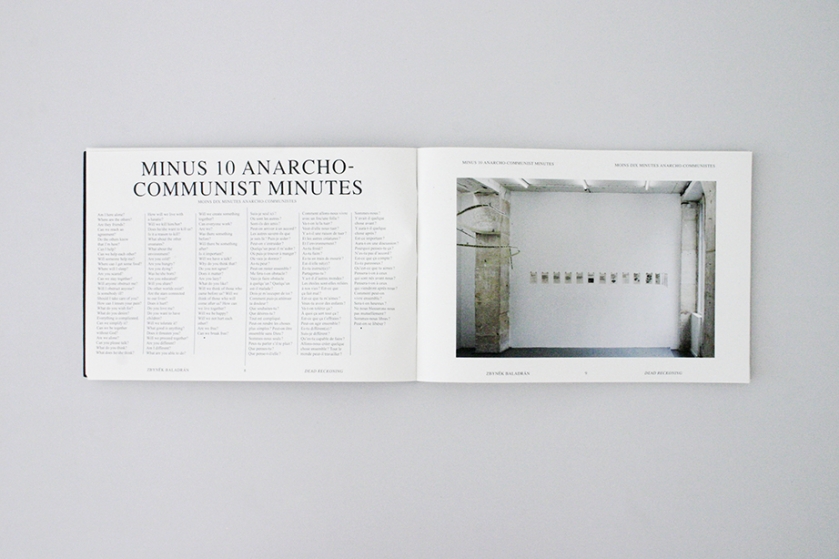 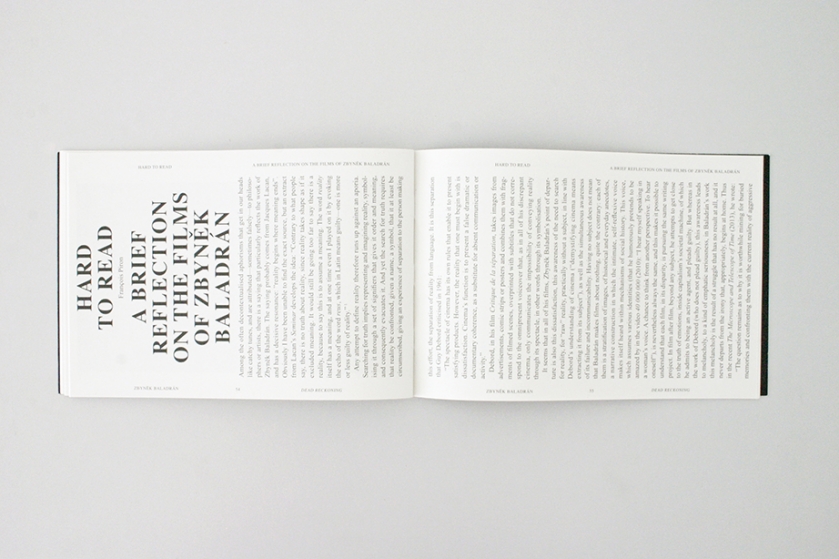 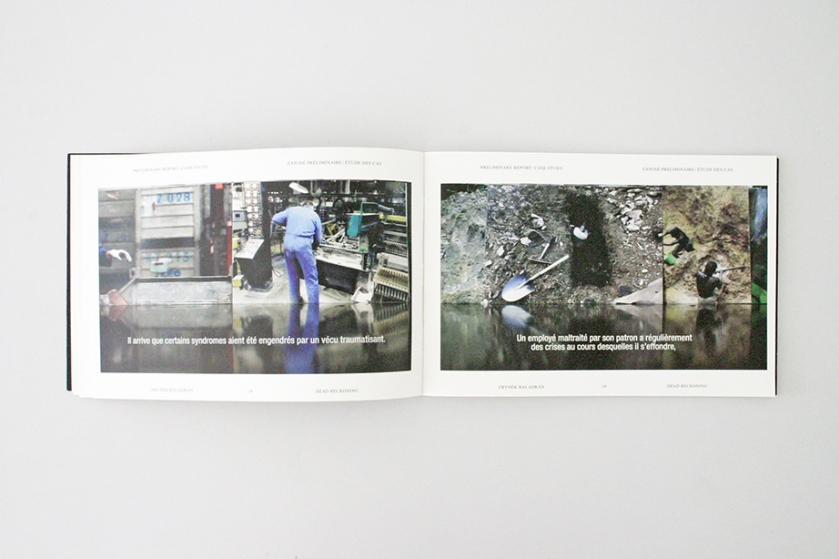 This book has been published on the occasion of Zbyněk Baladrán’s exhibition at the centre d’art contemporain – la synagogue de Delme, from 9 July to 21 September 2014.

"Debord, in his film Critique de la séparation, takes images from advertisements, comic strips or posters and combines them with fragments of filmed scenes, overprinted with subtitles that do not correspond to the omnipresent voiceover that, as in all of his discrepant cinema, only communicates the impossibility of conveying reality through its spectacle, in other words through its symbolisation.

It seems that in all of his films, Zbyněk Baladrán’s point of departure is also this dissatisfaction, this awareness of the need to search for reality, for “raw” reality, practically without a subject, in line with Debord’s understanding of cinema (“demystifying cinema means extracting it from its subject”), as well as the simultaneous awareness of its failure and incommunicability. Having no subject does not mean that Baladrán makes films about nothing, quite the contrary: each of them is a stratification of images, of historical and everyday anecdotes, a narrative construction in which the intimate, self-reflexive voice makes itself heard within mechanisms of social history. This voice, which assumes various identities (that he humorously pretends to be amazed by in the video 40 000 000 (2010): “I hear myself speaking in a woman’s voice. A chance to think from another perspective. To hear oneself”), is nevertheless always the same, and this makes it possible to understand that each film, in its disparity, is pursuing the same writing project. In film after film, beyond any subject, he attempts to get close to the truth of emotions, inside capitalism’s societal machine, of which he admits to being an active agent, and pleads guilty. But whereas in the work of Debord (who does not plead guilty), this awareness leads to melancholy, to a kind of emphatic seriousness, in Baladrán’s work this melancholy is the result of a struggle that has no result at all, and it never departs from the irony that, appropriately, begins at home."

Please contact us if you want to buy this book: info@cac-synagoguedelme.org