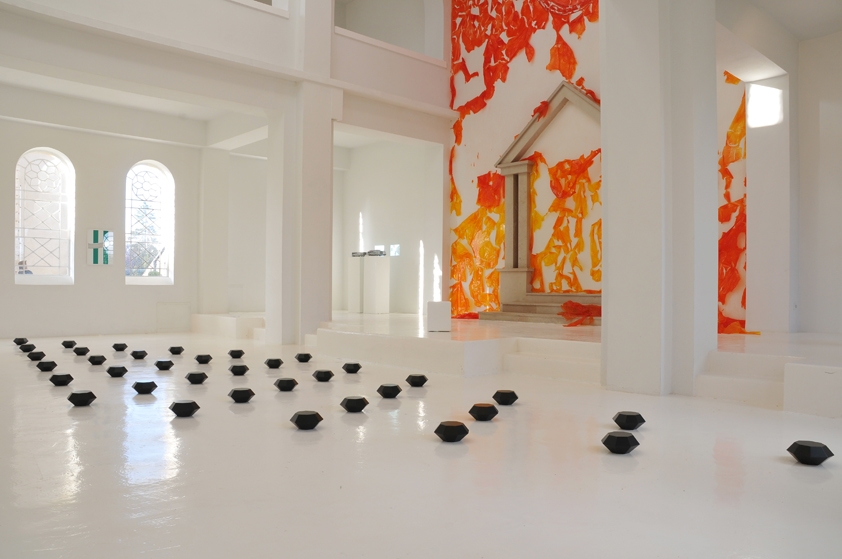 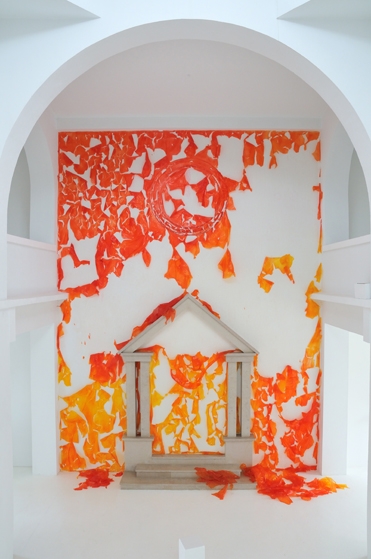 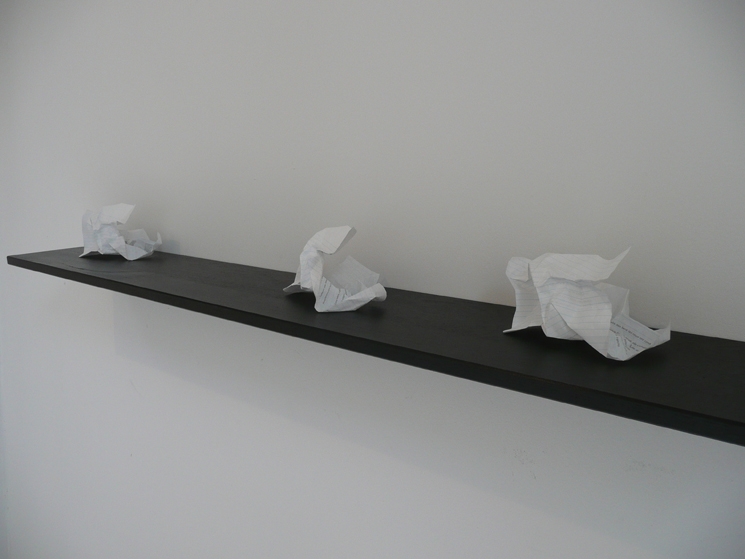 Mark Geffriaud, With greetings from an easy world, 2007. Photo A. Mole. 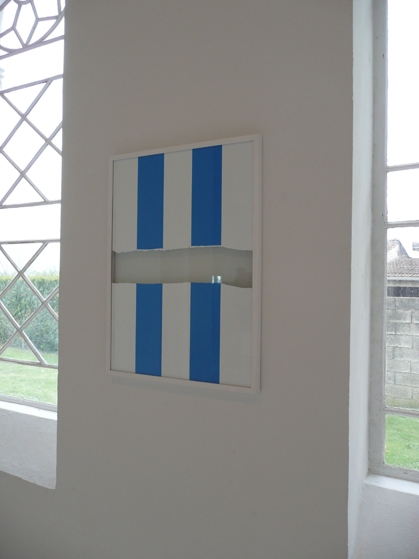 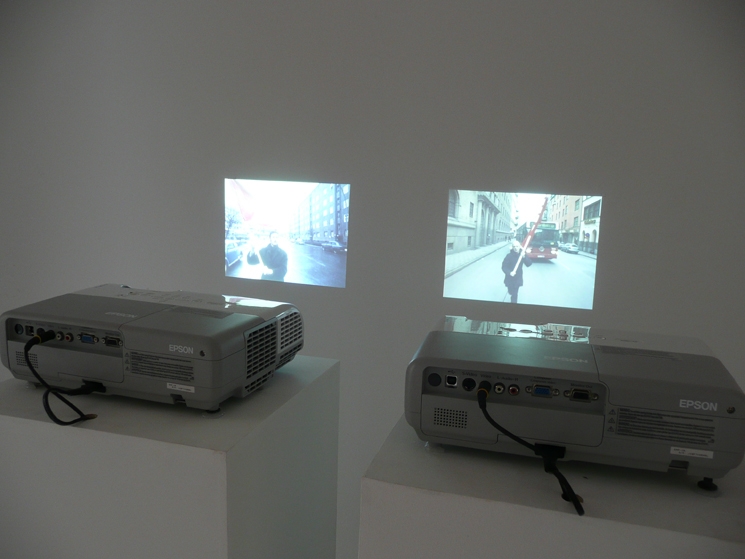 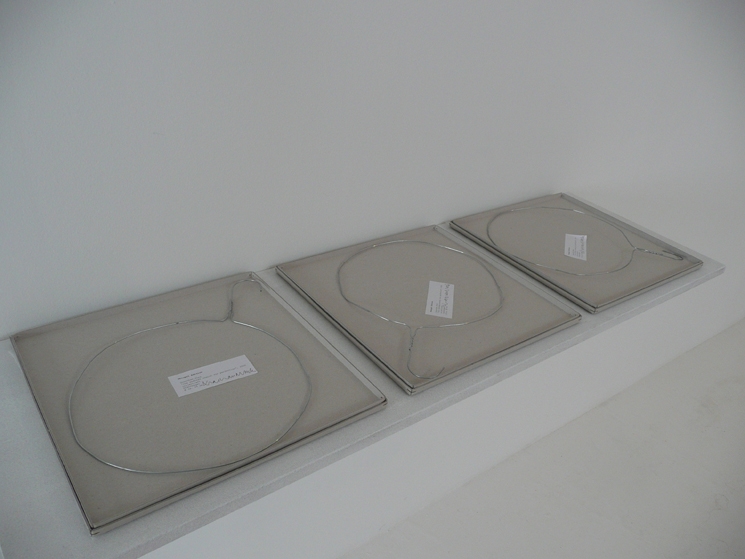 Jonathan Monk, The endless search for perfection, 2006. Photo A. Mole.

La Synagogue de Delme invites le Bureau/ to conceive an exhibition in the framework of the project P2P, presented at Casino Luxembourg from January 26 to April 6, 2008. P2P gathers works of fifty international artists and confronts the exhibition to the operating system of the peer to peer. Le Bureau/ reflects upon the application to artworks of this circulation mode specific to the Internet, favoring the exchange, multiplication and reproduction of an original. Galleries, museums and art centers have been invited to borrow artworks during the project, and to adapt the ways to present and submit them to the public.

La marge d'erreur consists in presenting at Delme several works coming from the P2P, in dialogue with others, including some specifically produced for the occasion. While the exhibition at Luxembourg evokes the notions of series, multiple, copy or quotation, La marge d'erreur introduces a reflection on the voluntary discrepancies generated by the reproduction process.

In the repetition of shapes or gestures, it is the difficulty of creating an identical copy that is revealed, such as the crumbled paper Mark Geffriaud asks an origami master to reproduce several times. On the contrary, the pleasure of shapes with certified uniqueness is present within Daniel Buren's torn prints, as well as in Jonathan Monk's deformed hangers. Some artists create replicas of their own works, offering new ways to look at them: Jacques Julien reproduces his sculptures at a medium scale, between that of a model and that of a monument; Didier Rittener adapts his installation Danger Zone, a succession of black polyhedric elements aligned on the floor, to the space.

Variations may also occur in the (ir)reverent reference to historical forms. Raphael Zarka produced an editing of skate films, only selecting sequences taking place on modern art sculptures, which become unordinary spaces for play and experimentation. Elmgreen et Dragset imagine a play in which major 20th century sculptures play the parts of the characters. Felix Gmelin attempts at copying a Berlin performance from the 1960s, the change of place and time shifting the political meaning. Conny Blom edits several silences, stolen between songs: the possible variation from one silence to another becomes noticeable during 4 minutes 33 seconds, referring to John Cage's famous piece.

Some artists also play with formal standards. The band Perroquet tout s'écroule keeps trace of its musical improvisations only on paper publications. Parasiting the exhibition with sound, Damiel Thomen's minimal sculpture is only to be heard from somewhere else. Referring to exhibition shots from the 1930s, Simon Starling reproduces an exhibition for him to rephotograph. Last but not least, the notions of error and randomness find an accurate echo in Michel Blazy's installation, whose ephemeral material progressively disintegrates with time.

In response to the Synagogue's architecture, the works are showcased along a symmetric principle, revealing the concordances and discordances between them.

Le Bureau/ is a group of curators based in Paris whose aim is to question the very form of the exhibition as a medium. The notion of collective curating is the group's founding principle, generating the encounter of the different specialities and personalities of its members, allowing the production of exhibitions based on multiple and relative interpretations.