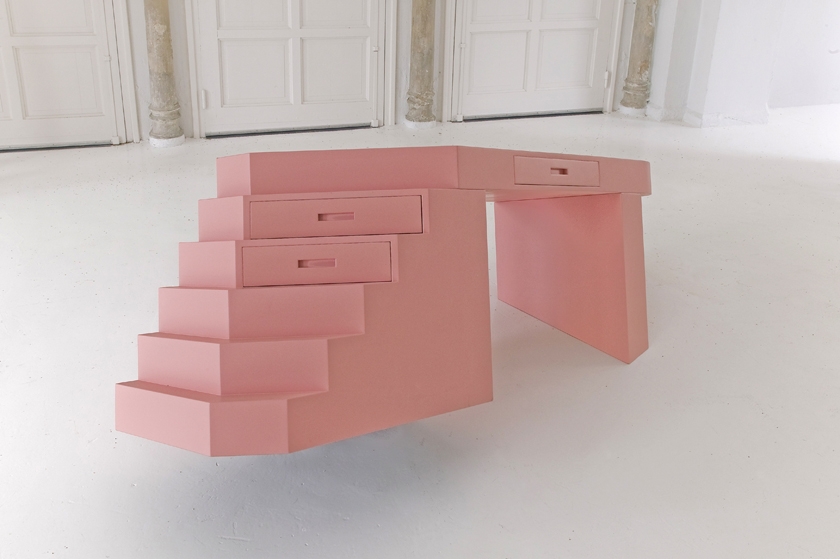 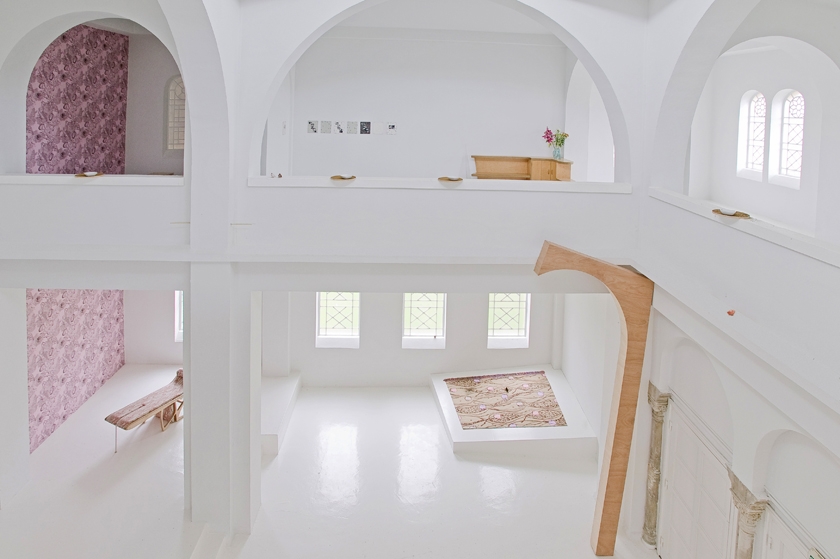 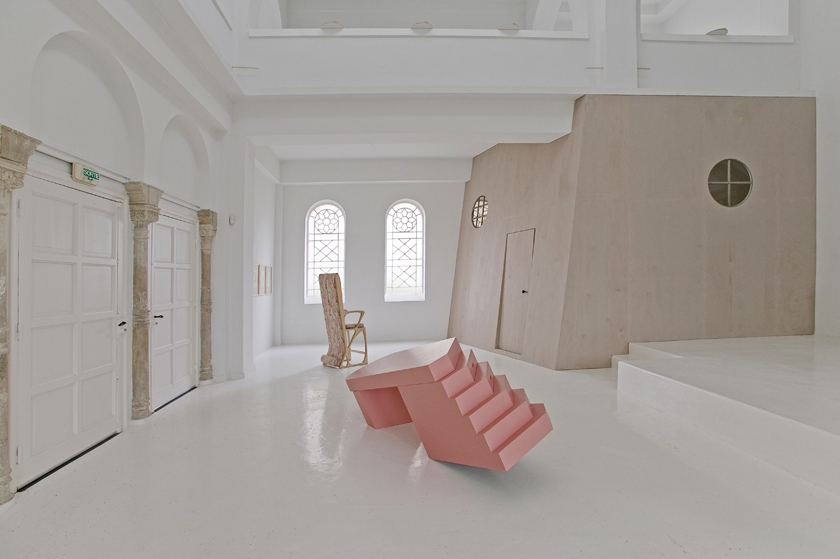 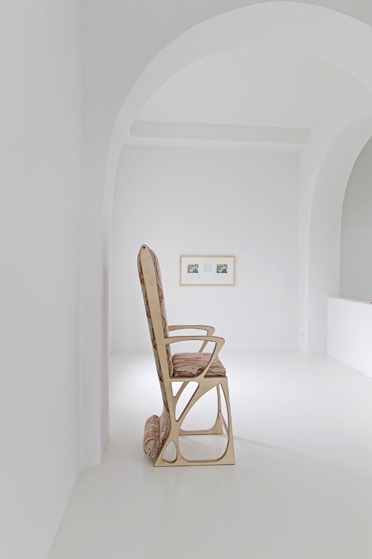 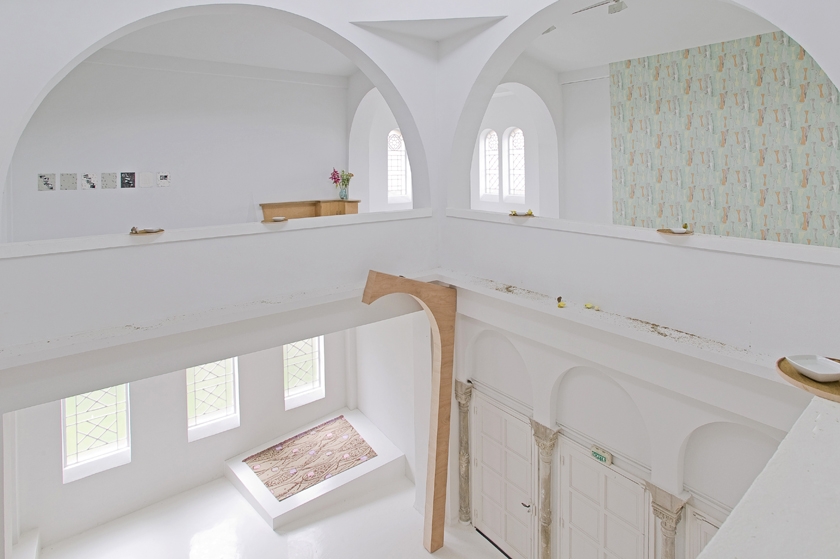 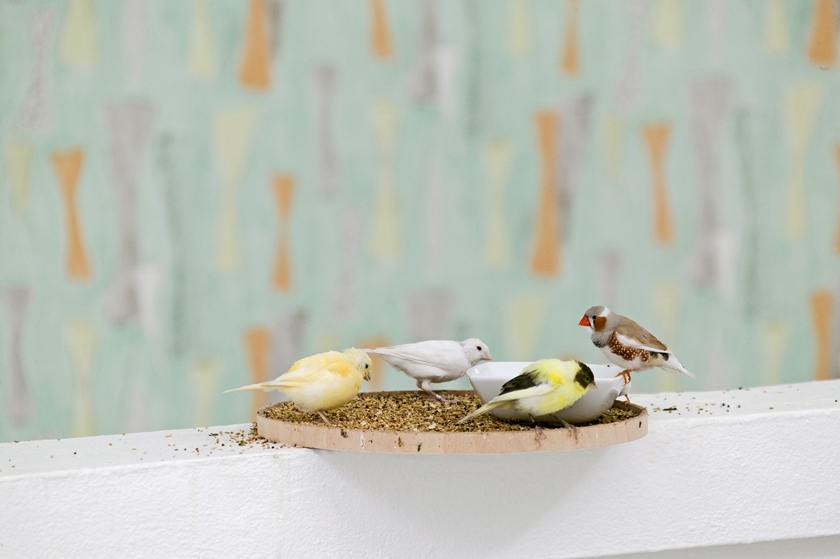 It is the Synagogue de Delme contemporary art centre's pleasure to announce the invitation extended to Marc-Camille Chaimowicz for his forthcoming exhibition due to open on July 7th 2007.

The quest for beauty is never foreign to shows by Marc-Camille Chaimowicz, as they place elements of various status in temporary situations, dramatized against a backdrop of decorative motifs.

Photographs, paintings, video, furniture and objects return from one show to the next and come into play in kinds of indoor scenes in which presences - cut flowers, a clock movement, birds - disturb the stability of sets, to create an illusory form of life. Instability is a recurrent theme in this complex work: pieces of furniture seem to have frozen in their fall; the wallpapers reveal themselves as if through the memory of their slightly faded patterns. There are all kinds of ambiguities in this work, and the fairly common one of a distinction that has never been clearly drawn between the fine and applied arts. Marc-Camille Chaimowicz often develops his projects in conjunction with artisans and their craftsmanship, and with an interest in catalogues of motifs specific to these fields, with an equally marked interest in art history. Marquetry, tapestry, fabrics, wallpaper, glass and ceramics are all techniques and materials to be found in his world. The resulting works are hybrids that involve both the history of their own specific fields and non-compliance with their canons.

There is also the ambiguity of genres. The artist's earliest works in the seventies stood out through the radical break they made with the dominant attitudes and forms of the time, imbued with the authority of the Pop and Minimalist movements. Chaimowicz's first performance - totally improvised, like any everyday activity, notes Stuart Morgan (1) involved sitting in a room where he received visitors, served them tea and chatted with them, thereby immediately setting this work in a more feminine register, a register where the applied arts are also traditionally placed. Lastly there is the ambiguity in situating his pieces and the status of the presence of the artist, who is constantly himself acting out his own production, bringing it up to date (to light?) as he keeps it at a distance.

Over the last two or three years Marc-Camille Chaimowicz's work has come in for renewed interest from the younger generation of artists and critics. Among the possible reasons why are his belonging to the London underground scene of the seventies and eighties, his ties with a culture that owes as much to glam-rock as to Jean Genêt, Jean Cocteau or André Gide, the numerous time frames used in each of his shows, the deliberate presence of emotions and the freedom he has shown in his choice of means.

It is with great pleasure and enthusiasm that we shall be presenting this exhibition, specially designed for the former synagogue at Delme. The specifics of this architecture, originally built for a religious purpose and on the scale of a private home, the harmony of the volumes and the quality of the light make it a unique place in which to show this work.

Born after war in Paris.

Lives and works in Dijon and London