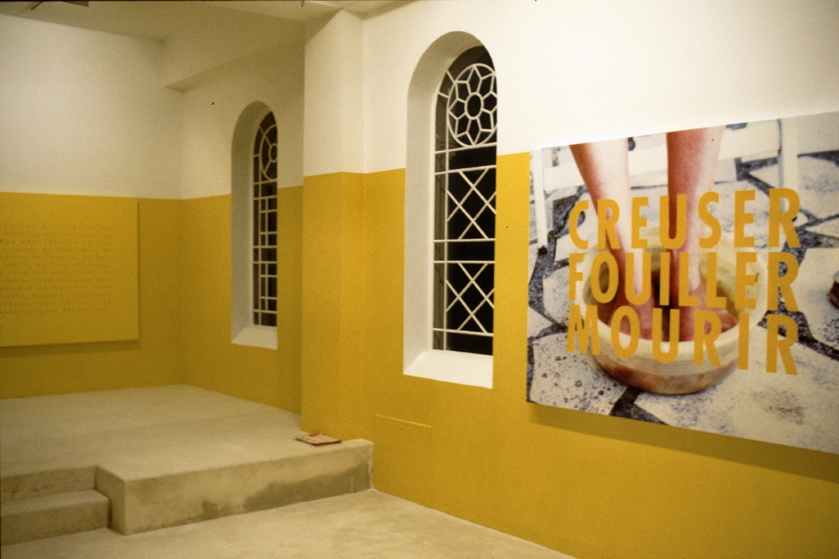 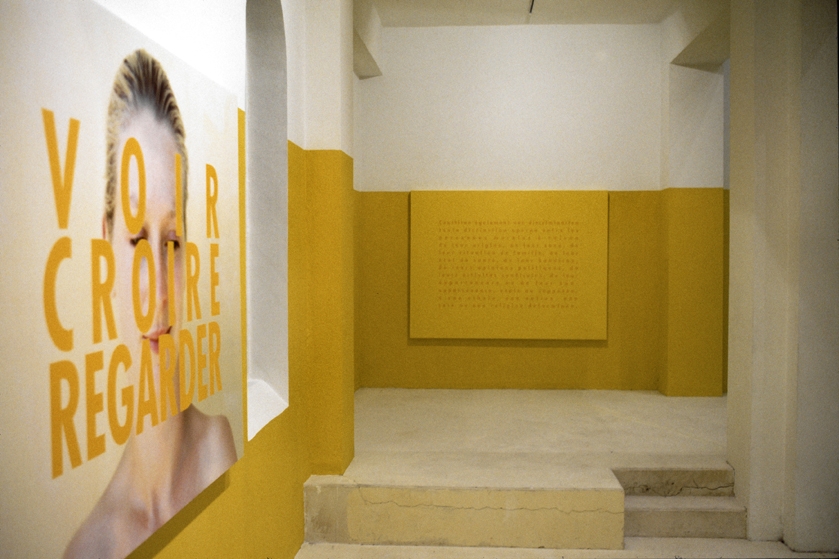 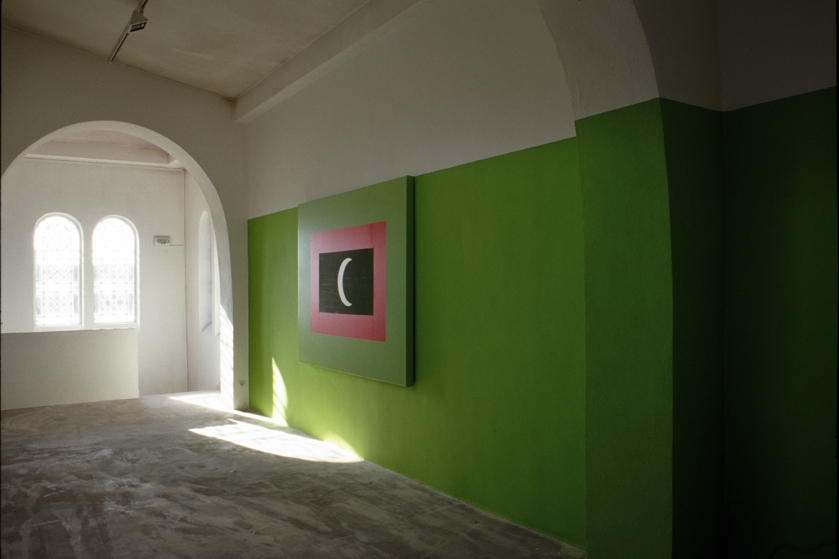 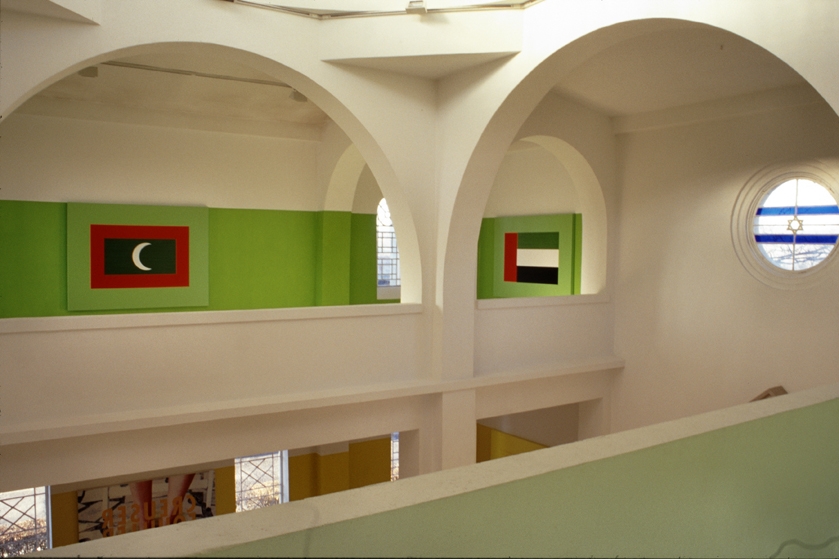 From Saturday 2 November to Sunday 26 January 1997

Alain Balzac's career, which got under way in the early 1980s, has led him, by way of questioning painting, to an approach that by turns leads to abstraction, then figuration, then back again. Today, having got over this simplistic antagonism, he has adopted a committed attitude: "I visually provoke and I invite people to think", he commented in 1995 about his pictures, which conjure up the emblems of society through a form of painting intended as nothing less than a set of social signals. Drawing inspiration from the constructed, spare forms of flags, and basing his work on the rules of symbolism as applied to heraldic colours, he comes up with a body of work that develops along two main lines: on the one hand, flag pictures or geometric pictures, giving rise to an optical sensation caused by a choice of pure colours; on the other, text pictures in which three terms, arranged like a republican motto, sound and ring out like a maxim. Based on these statements, the artist does away with himself as author behind a collective symbolism, and becomes part of the political arena. His pictures becomes signals aimed at groups of people ready to listen.

Alain Balzac responded to the invitation extended by the Delme Synagogue art centre with a powerful message, wholly inspired by the venue and its symbolic charge- as with many other artists invited there. Organized on the two levels of the exhibition space, his proposition, titled Discriminer/Discriminating, comes across as a coherent whole: the aesthetic autonomy of the pictures cannot be challenged in this constructed composition where colours considerably spill over beyond the frame of the canvas, invading the walls, and triggering a dialogue; where words answer each other in an echo, setting up a network of links between site, colour and series. The visual statement extends beyond the picture frame, invading and contaminating the space which it occupies, and over which it gradually holds sway. "Discriminating", Alain Balzac tells us, "is singling out what is looking at us (the Synagogue) from what we are seeing (an exhibition".

The ground floor, awash in a yellow hue so symbolically connected with the Jewish people, raises the problem set of the ban on imagery in the Jewish culture, and offers the eye an enigma of words pinpointing discrimination in accordance with the -selected- terms of the Penal Code.

On the upper level, traditionally earmarked for women in synagogues, the visitor is welcomed by green, the emblem of Islam. Five national flags are painted here, as if pointing the finger at bad pupils, because of the intolerable discrimination against women which reigns in those countries, and which considerably affects women's life expectancy (source: UN, and the problem of "missing women").

Coming somewhere between the figurative, the decorative, the conceptual and the political, and using pictorial techniques like semantic procedures, Alain Balzac's works pursue just one system of logic: hitting the bull's-eye, and weakening the viewer and his ability to interpret and act. The artist thus sums up thus the whole dimension of commitment developed in his work over many years: "The picture, or a work of art, should function as a catalyst and a revealer of the role-playing that is enacted in society".