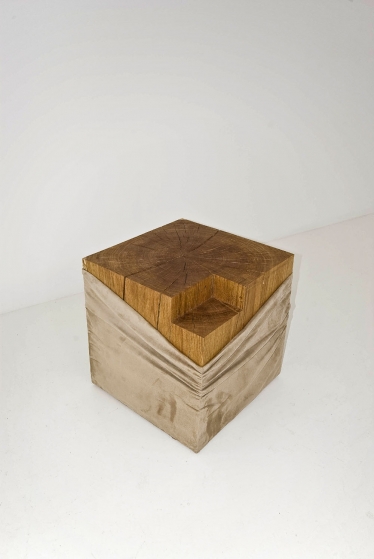 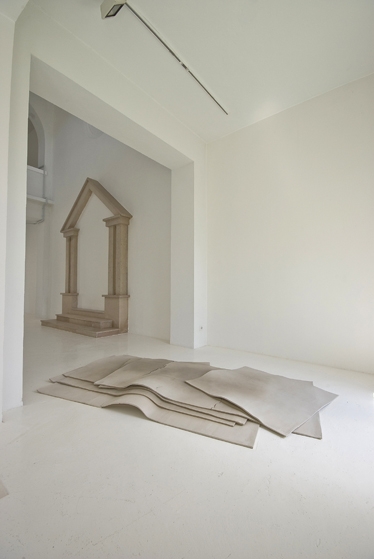 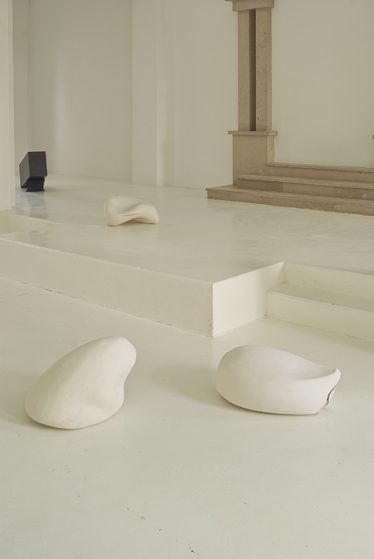 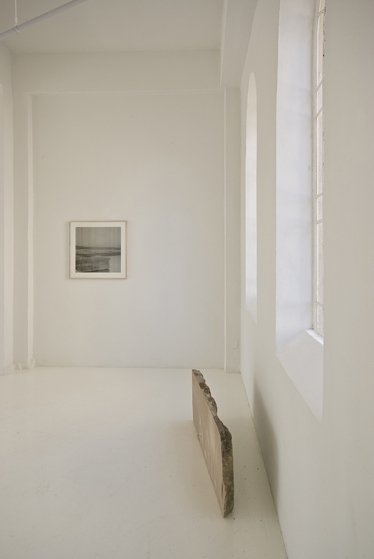 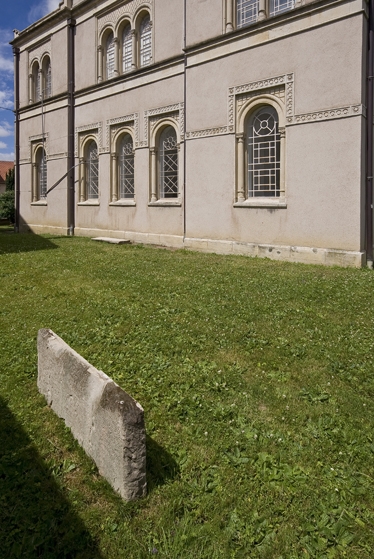 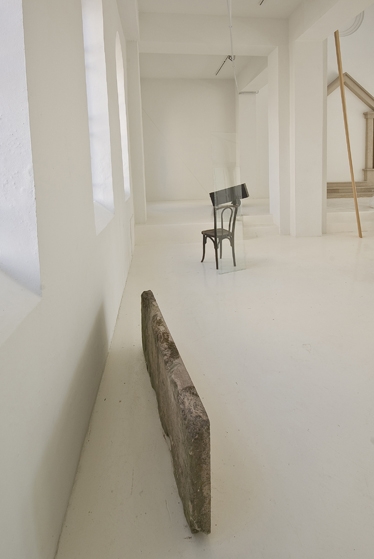 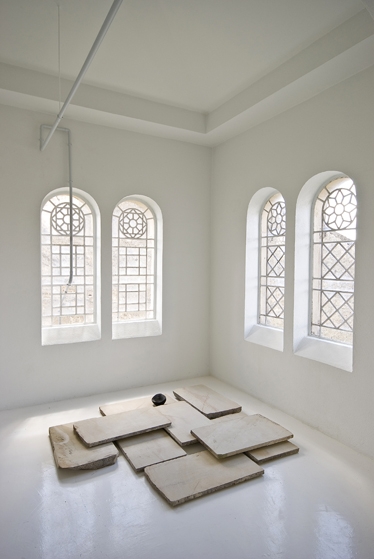 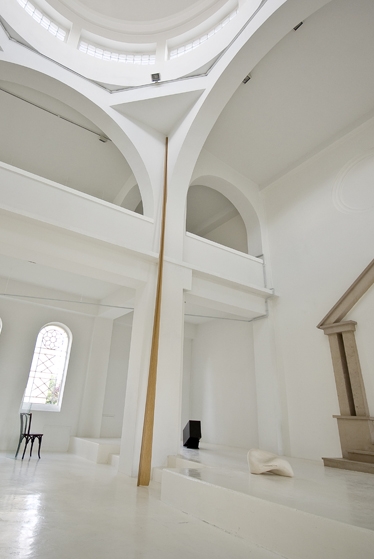 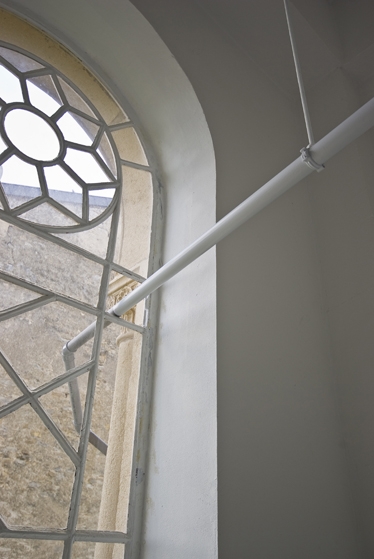 As often in Katinka Bock’s work, it is the site and its specificities that haveguided the project design. The uses both past and present of the Synagogue de Delmeare the raw material of the show, which includes an in situ installation, severalrecent sculptures, a film and a photographic work.

Kanon questions the grammar of the place and uses its historical, social, architec-tural and geological structure. The artist addresses the space as a superimpositionof layers of time and meaning for her to peel off, unfold or excavate for the duration of the exhibition. Through indirect evocations of certain invisible elements of the synagogue, by linking areas that are usually separated and bothsymbolically and physically far apart, she offers an interpretation that involvesvarious gestures to move things: deflecting, spreading, sinking, and most of allfalling.

Precarious balances, basic instability, the fall is central to many works. Someshow fault lines and cracks, traces of their crashing violently to the ground.Botching, fragility and shifting are an integral part of the works, which containinward signs of their own destruction. The recurring materials which are wood, clayor terra cotta, water, glass and leather are valued for their natural ability to betransformed over time and to evolve like ageing skins and casings.

The Delme show can be seen as an utterance in space, or even a musical score, assuggested by the title Kanon. This is the German word for the musical and scientificcanon, evoking superposition, repetition and shifting through time. On the opening evening there will be a concert-performance, Movement Generates a Void,throughout the town of Delme, involving the local people, who will be playing, athome with the windows open, a well-known piece by Eric Satie, Vexations, comprisinga short musical phrase that, following the composer’s recommendations, has to beplayed 840 times over. Each participant in this performance will be playing for one hour in their own time and place, thereby contributing however to creating acollective time and space.

What sum of chords and disharmonies will come from this weaving of sounds, whatdelays, what tension between the individual and the collective production? Such arethe questions raised by Katinka Bock’s Delme project, inscribed in the architecture,the town and its history.

Katinka Bock was born in 1976 at Frankfurt/Main. She lives and works in Berlin and Paris. She graduated from art school in Berlin in 2002 and gained a postgraduate diploma from the École Nationale des Beaux Arts in Lyon in 2005. She is represented by the Galerie Jocelyn Wolff in Paris, where she held a solo exhibition in 2007. The Passerelle art centre in Brest also held a solo exhibition for her in 2007. In 2008, she is taking part in various collective shows: Galerie Fernand Léger in Ivry-sur-Seine, at London's Tate Modern, and as part of the Art Grandeur Nature Biennale with La Galerie art centre in Noisy-le-Sec.