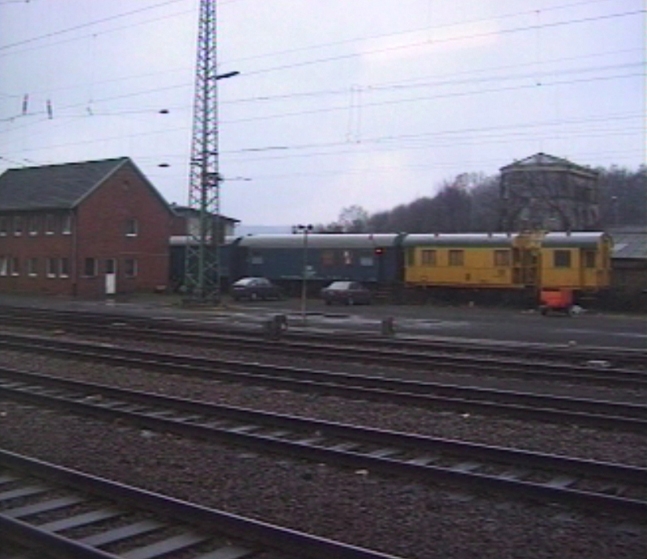 After moving on from filmed performance to video in the seventies, Antoní Muntadas has been producing videos since the mid-eighties, questioning the role of architecture and the media in the construction of the public space (what the critics term “media-architectural installations”).

The central theme of these projects is the profound mutation of relations between the public and the private through the increasing presence of the media. Ultimately, architecture and media come together, with the media forming a kind of immaterial architecture that contradicts and “derealizes” our material environment. Media images work as the building blocks of architecture, in particular acting as openings and partitions (windows and walls). Antoní Muntadas’s approach to the media is generic and focuses not so much on content as on the setting and form they impose and with which they modify the environment. The artist takes over the media field by the yardstick of Conceptual Art, while taking inspiration from studies in communications and the social sciences to deliver a critical analysis of social phenomena or cultural events. His language is inextricably tied in with technological culture. His “media-architectural installations” enact the ambiguous status of the media. Often returning to full-scale architectural archetypes, his installations are immersive and allow an immediate perception of the situations being staged – while running the risk of pressuring the visitor similar to the pressure they are criticizing.

Since the late nineties, Antoní Muntadas has been interested in censorship (The File Room is a census of censored artistic projects, with a hard copy version in Chicago, and a virtual version on the Net) and in the issue of translation to which he has devoted great many projects.

The installation on show at the Delme Synagogue transposes into a progression through two video projections forming a long corridor of images a dual video journey through Lorraine by train and by car : Bar-le-Duc – Nancy – Delme and Saarbrücken – Metz – Delme.

The relative listlessness of the images shown – countryside passing by seamlessly like one long dolly shot – is atypical in the world of Antoní Muntadas, who is more inclined to use his most explicit images to denounce the violence of the expression of power. The inexorable nature of this passing landscape, combined with the movement of the road traffic and the constant mechanical hum of the train, creates a confusion between the landscape and the communications network. The two become entangled as far as the eye can see. In this part of Lorraine, sandwiched between France and Germany, Antoní Muntadas has chosen, rather than engaging in a commemorative work, to work on the territory as it is seen today : a vast communications network in perpetual motion apparently devoid of any trace of the past.

Lives and works in Barcelona, Spain and New York, USA