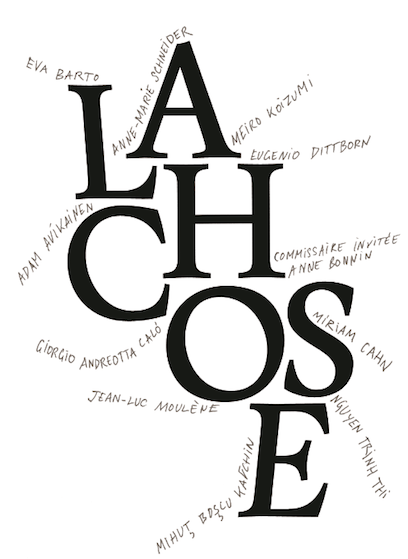 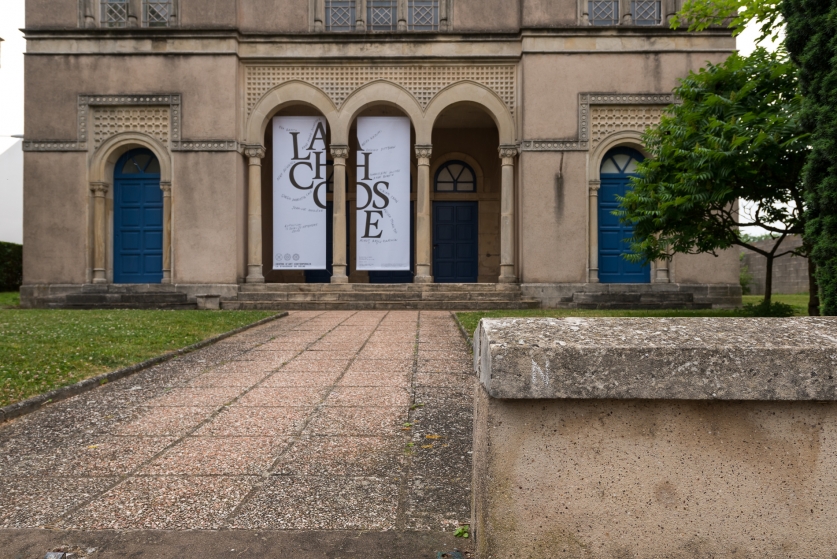 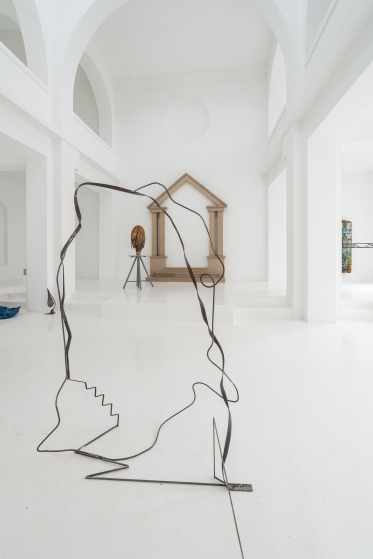 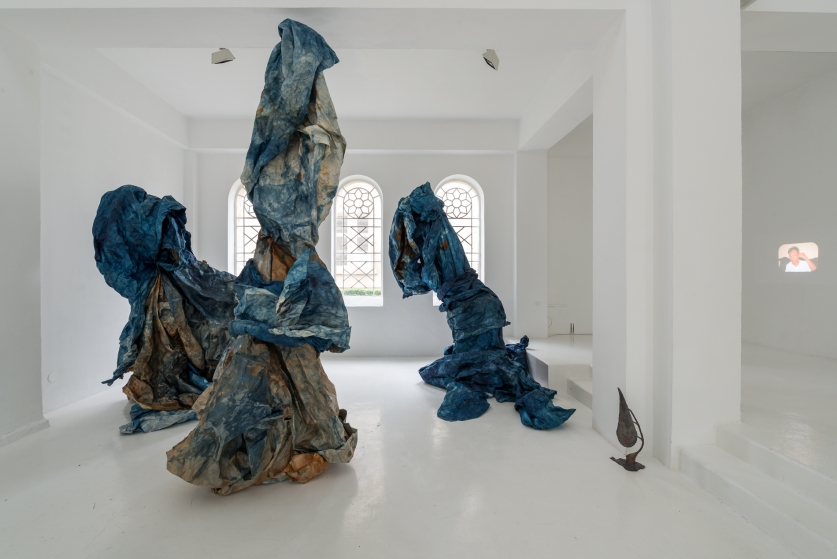 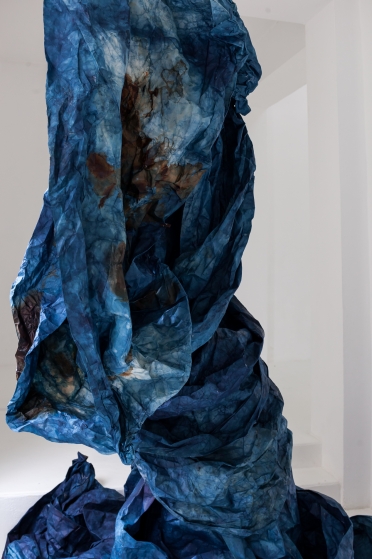 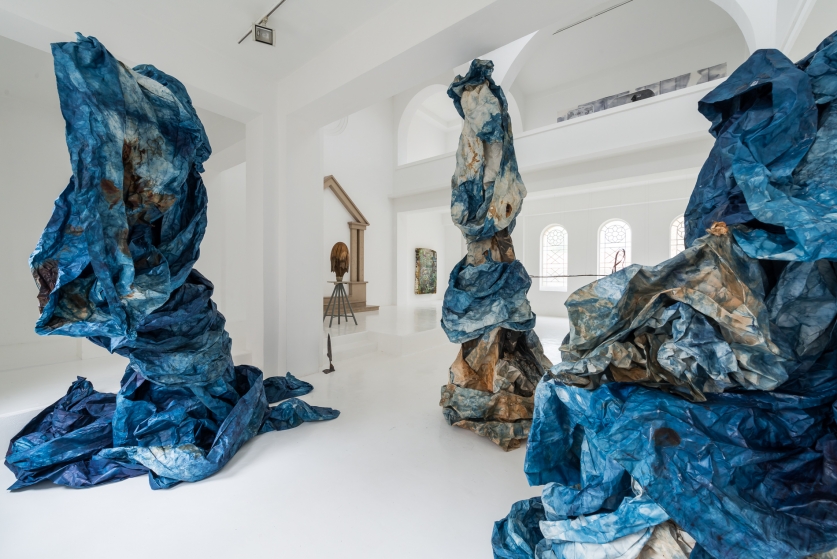 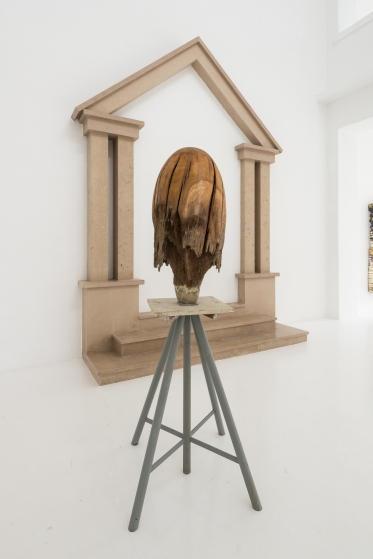 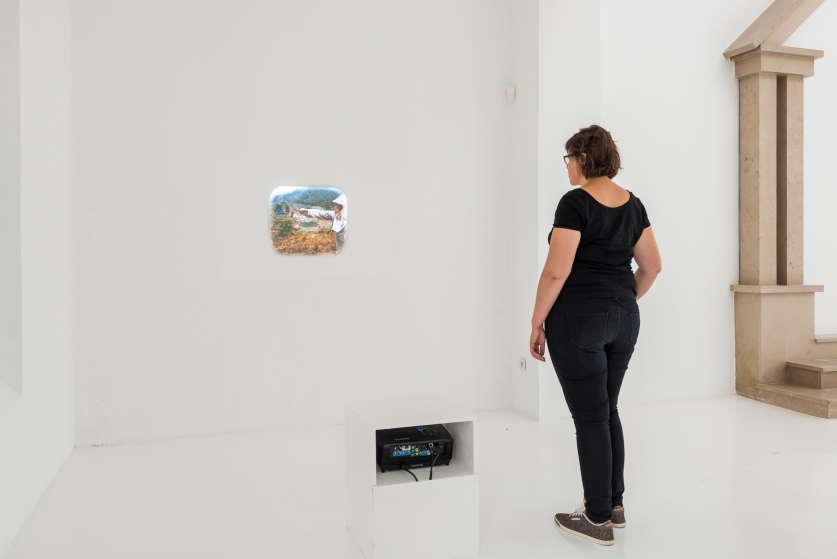 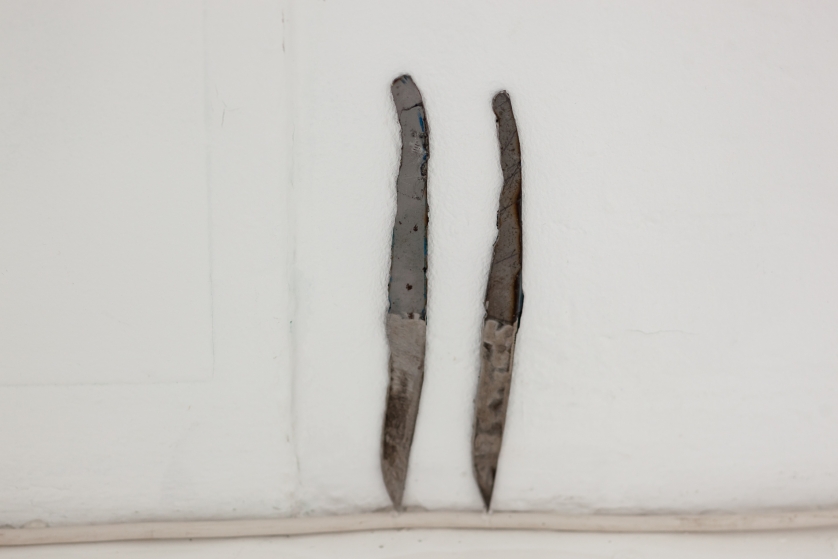 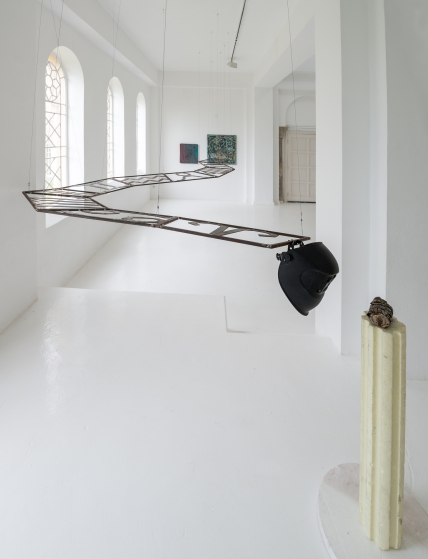 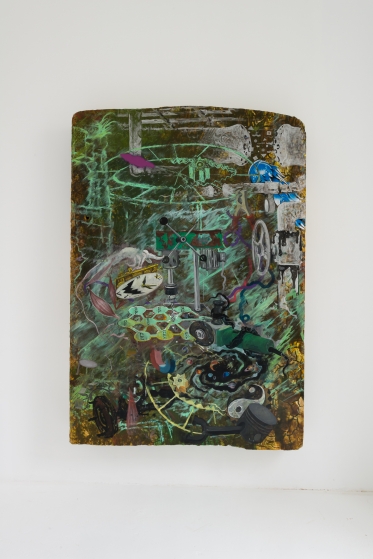 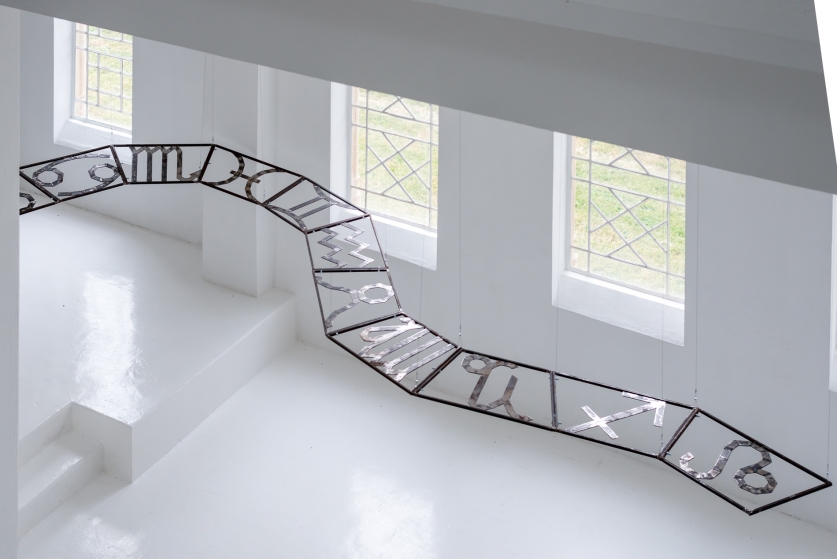 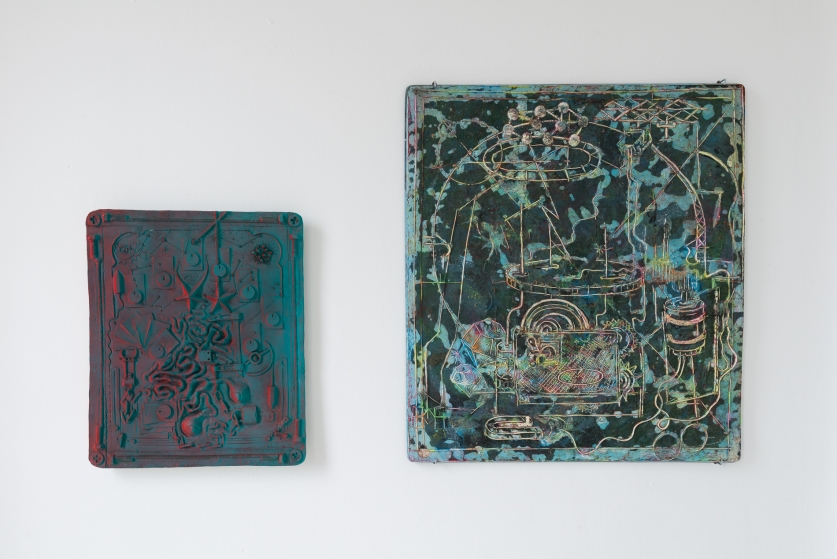 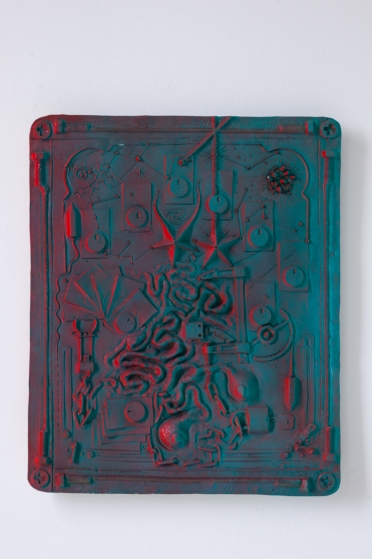 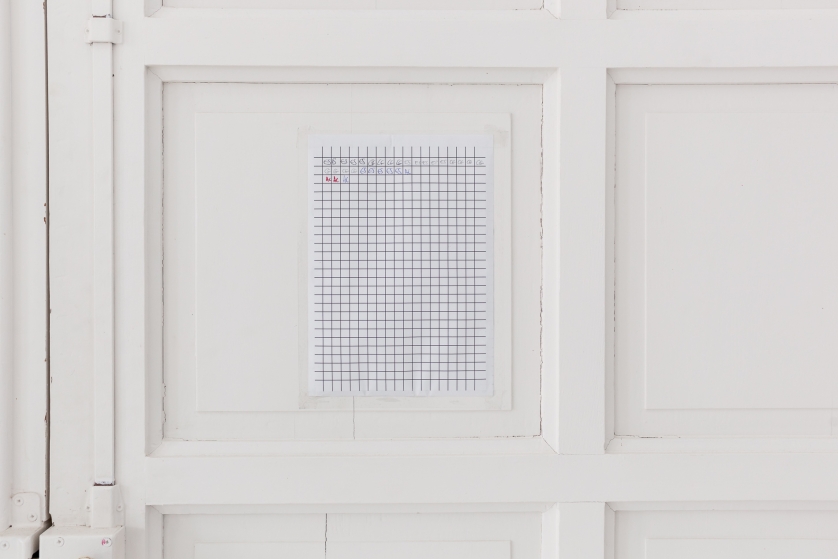 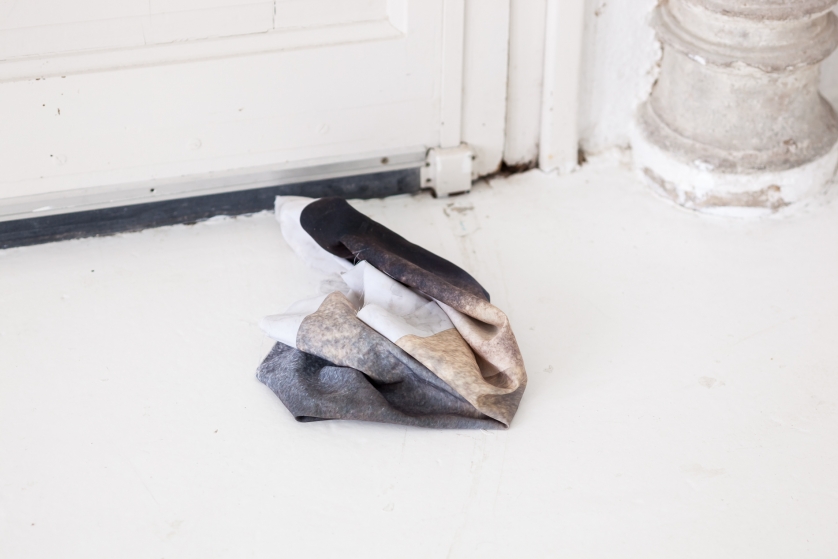 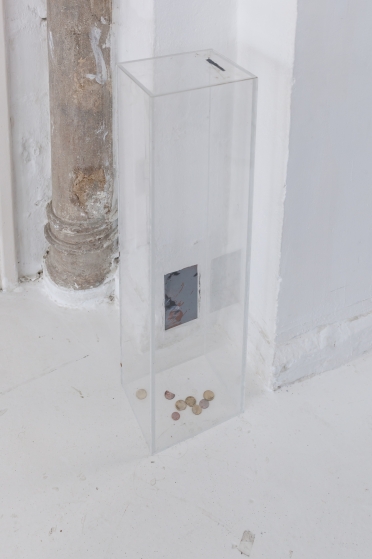 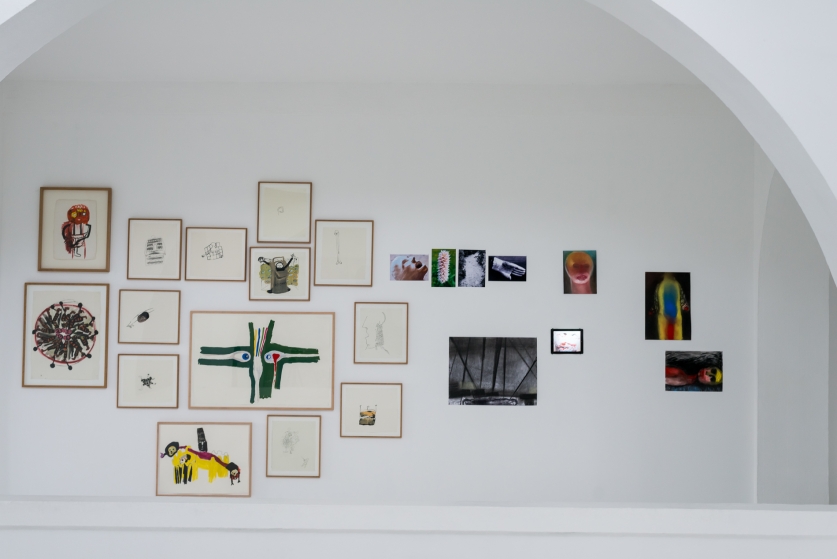 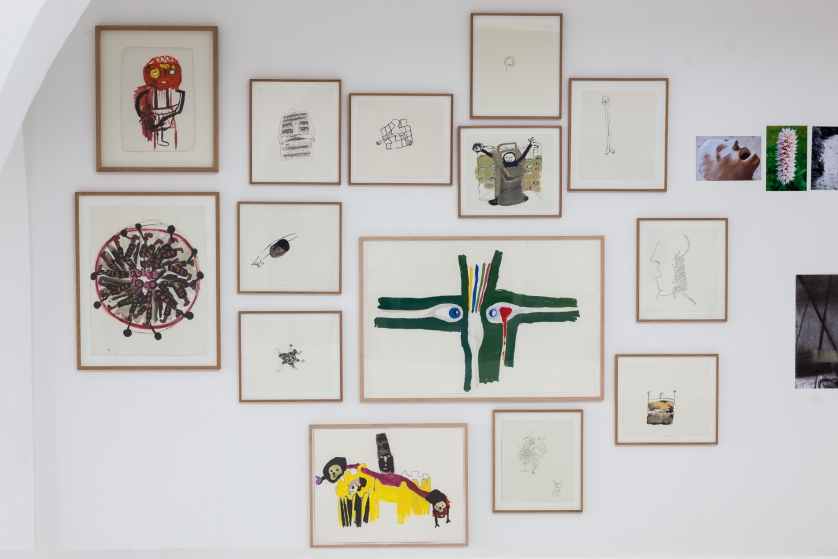 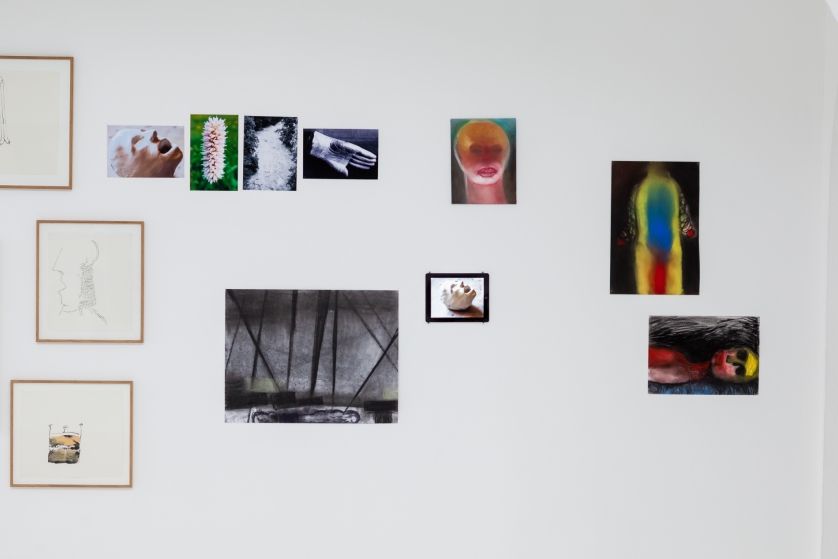 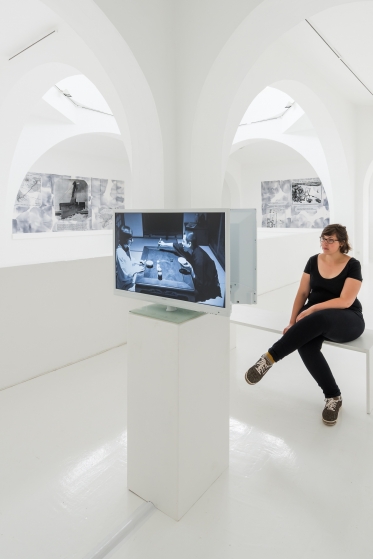 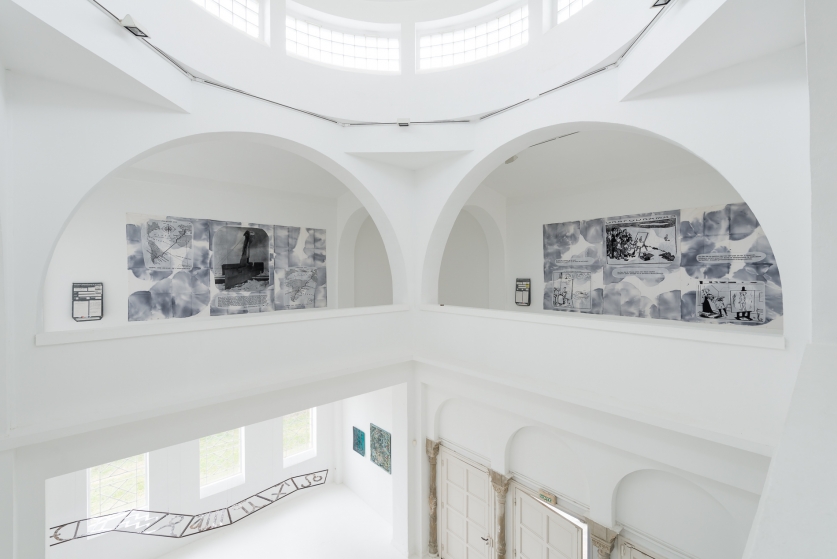 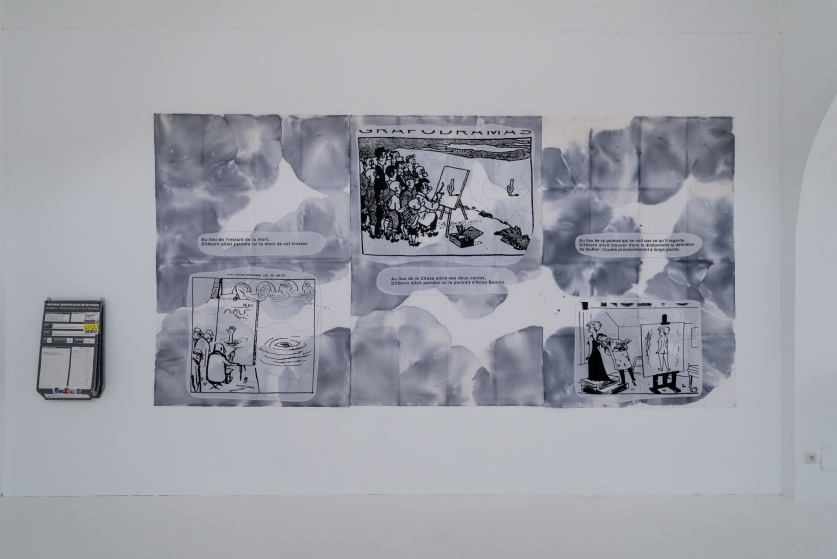 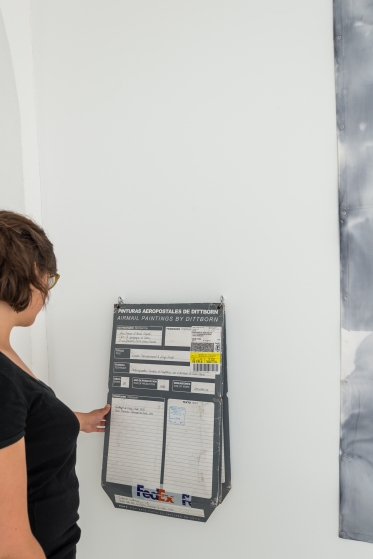 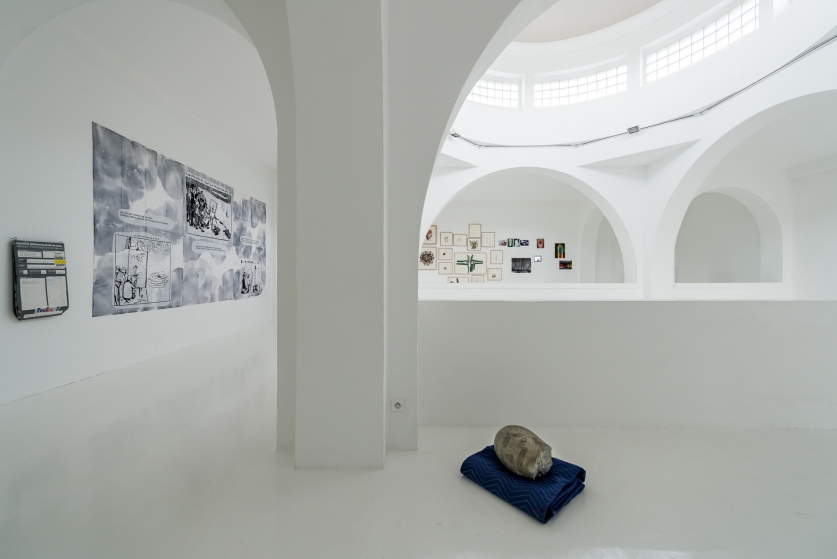 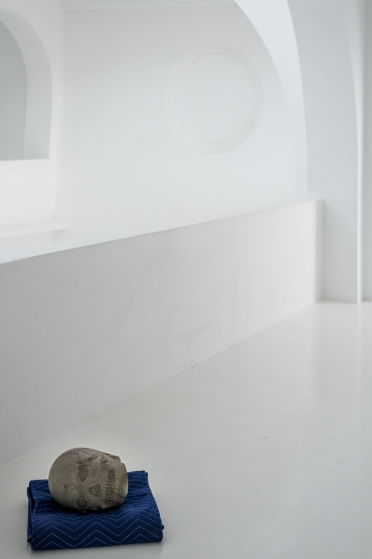 Episode two of a cycle begun at the Fondation d’Entreprise Ricard in June 2014 with the humainnonhumain exhibition, La Chose takes this reflection on a nonhuman human reality a stage further by addressing its inhuman, superhuman or post-human aspects. Starting out from the everyday usage of these terms, the show probes whatever goes beyond, exceeds or denies the human: which in turn can appear inexplicable, obscure, weird, wonderful, fearsome, and one of whose names would be La Chose (the Thing).


La chose, not Les choses. The singular definite article indicates an indefinite reality: it extracts the thing from a rich semantic field populated with countless concrete and abstract objects: les choses (things). Chose comes from cosa, which comes from causa: the Chose would be its own cause and exist by itself. La Chose advances towards us humans, beckons to us, and slips away in an endless backwash movement, resisting any capture by the senses or concepts. So it is an enigma.


Most often perceived as a mysterious threat from outside, the Thing, a conventional theme of Science-Fiction literature and movies, refers to the emblematic film The Thing directed by John Carpenter, a past master of a genre blending science-fiction, the fantastic and horror. Thus a number of his films involve inhuman and superhuman, generally extraterrestrial forces, who threaten humanity, for example, as shapeshifting earthlings to duplicate and destroy it. In the manner of these allegories, the La Chose exhibition, could be recounting the last days of humanity as it vanishes, endlessly disappearing, completing, fine-tuning its fantasized and dreaded end. But – let’s be terrestrially realistic – these nonhuman forces are actually all too human: they turn the body into a battlefield, society into a theatre of cruelty, and the brain into a post-human alchemy workshop.


Humans are structurally and intrinsically in a relation with the Thing, without knowing what it is. A Freudian and Lacanian psychoanalytical concept, Das Ding thus names an unnamed or unnamable, something that exists with no specific signifier: a lost object that was never lost and is being looked for. Might it not be the necessary and elusive third term of a triangular relationship: reality, the subject, and the Thing? An enigmatic presence located in a beyond, but where? Everywhere and nowhere. It would then designate an empty place that occupies no space in reality, an empty body, a ghost, moving about beyond the pleasure and reality principles, sometimes imposing its law, obscurely. The Thing is in fact an operation, that of the inevitable relationship of the human with the nonhuman reality, with the outside world, with a presence that precedes it.  Moreover, each preserves within him the traces of this presence, confusedly, in hypnagogic sensations or images: distant, infra-linguistic memories of a contact, of a primordial encounter with another, always there, either too much or not enough. Infinitely variable, the manifestations of the Thing are not necessarily tragic – far from it – even if it is in the intense, paroxysmal, ecstatic or violent moments that one feels it and becomes aware of it.


Similarly, we more readily recall the appallingly brutal acts dotted throughout the history of humanity and societies: signs of action of the Thing within humanity, they would have us believe in the existence of a Supreme Evil Being whose reasons would remain forever hidden.


There is a form of violence active in the show, like a latent force, a beast lurking in the jungle of our consciousness or of our external reality. Miriam Cahn and Anne-Marie Schneider testify to the effects of the Thing on bodies and minds: “Your body is an abattoir, your body is a battlefield, your body is the field of a confrontation” (Miriam Cahn). As for the scattered, truncated, incised or dirty objects, making up Eva Barto’s installations, are they not the remains of brutal scenes or clues to underground activities?


Mixing together documents and images of various types, Eugenio Dittborn exhumes traces of an imprinted memory both ancient and recent, and tinged with violence. His Airmail Paintings, painted silkscreen prints on fabric, materialize a layered, random, mysterious temporality: a certain experience of the Thing, their postal circulation also vying with its diffuse mode of existence. Meiro Koizumi for his part explores memory of wartime, in connection with the history of Japan, focusing on the individual and collective psychology of the combatant. Nguyen Trinh Thi also builds up a form of anonymous memorial: collected from the Internet, the images in Landscape Series designate places, empty scenes of a traumatic event suggesting some active missing thing.


Without having created the earth, or the sun, or the universe, the Thing awakens our consciousness to the cosmos. Thus, Adam Avikainen’s vast panoramas in indigo blue and khaki orange paper, tinted using traditional Japanese techniques, are a part of a cosmogony in which nature and culture join forces. Mihut Boscu Kafchin shows the explosive effects of the Thing in a brain that invents incredible and yet conceivable things, astronomical and astrological systems, all kinds of objects both ordinary and extraordinary, which we treat as slaves although they are beyond the understanding of most of us, their users.


More naturally, the Thing is manifested in contemporary fossils; humans, animals, vegetables and minerals are hybridized into mannerist or baroque sculptures. Are this skull, this shell, this medusa, paleontological deposits, artefacts, relics or yet trophies? Skull by Jean-Luc  Moulène, Medusa and Shell by Giorgio Calo Andreotta appear indifferent to us humans’ passing time. These witnesses to a petrifying force challenge us, sometimes provoking “mute fury, petrified anger, blocked suddenly at the instant of its excess” (Gaston Bachelard). Stones have something to teach us and bring us back to things: “The mountains are mute masters that make silent followers” (Goethe).

Anne Bonnin is an art critic and exhibition curator. In 2009, she mounted the collective exhibitions Pragmatismus & Romantismus at the Fondation d’Entreprise Ricard (Paris) and Sauvagerie domestique at the Galerie Edouard Manet, Gennevilliers. She was director and curator of the Ateliers de Rennes – contemporary art biennial in 2012. In 2014, she mounted the humainnonhumain exhibition at the Fondation d’Entreprise Ricard (Paris). Also in 2014, she was a laureate and resident at the Villa Kujoyama in Kyoto in Japan with the writer Thomas Clerc. She has also taught at the Ecole Supérieure d’Art de Clermont Métropole (ESACM), at the Haute Ecole des Arts du Rhin, Strasbourg (HEAR) and at the Ecole Supérieure des Métiers Artistiques, Montpellier (ESMA). Anne Bonnin contributes to various journals: Zérodeux, art press, Mouvement.