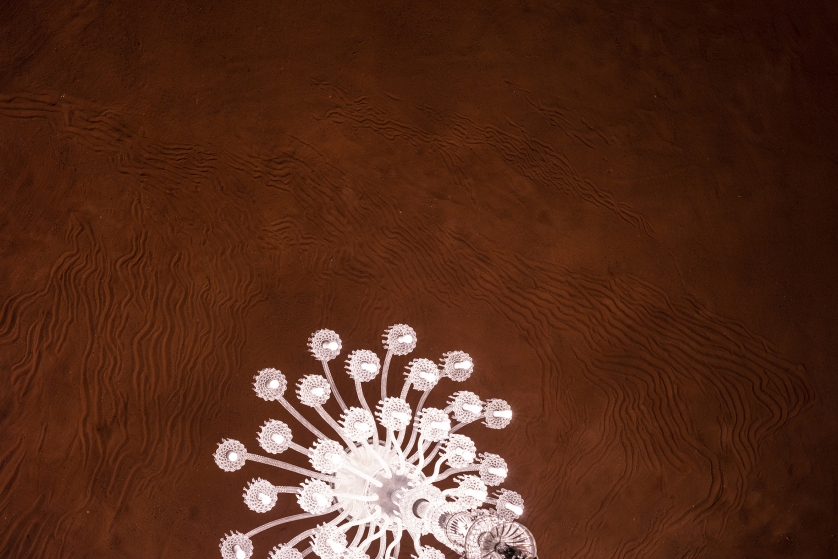 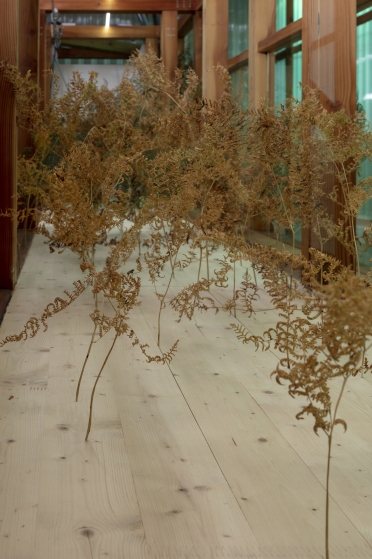 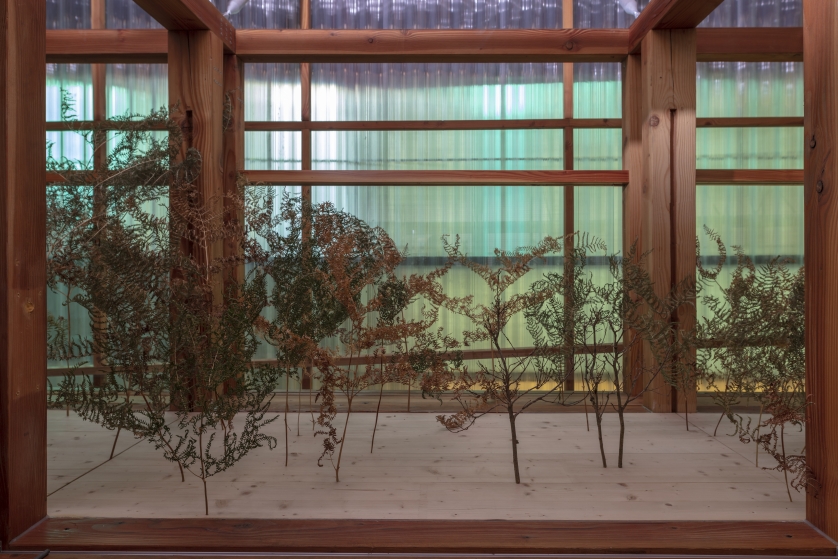 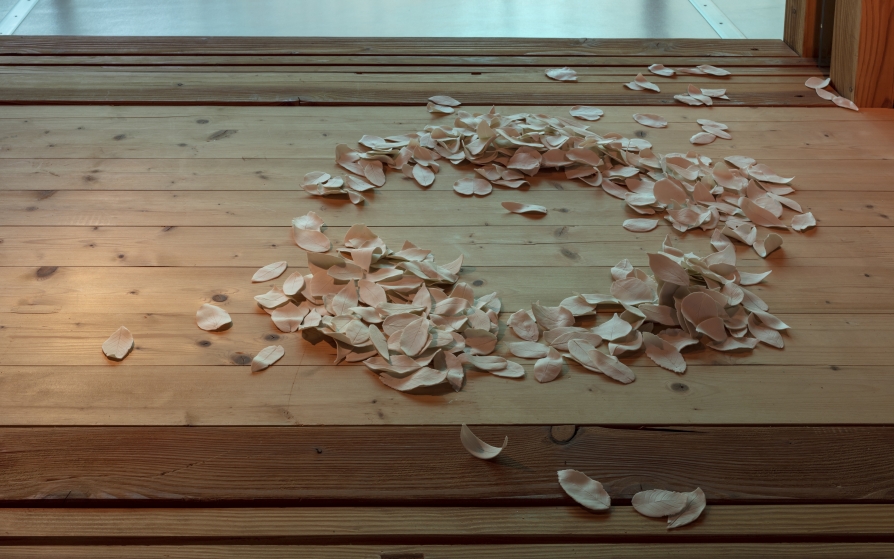 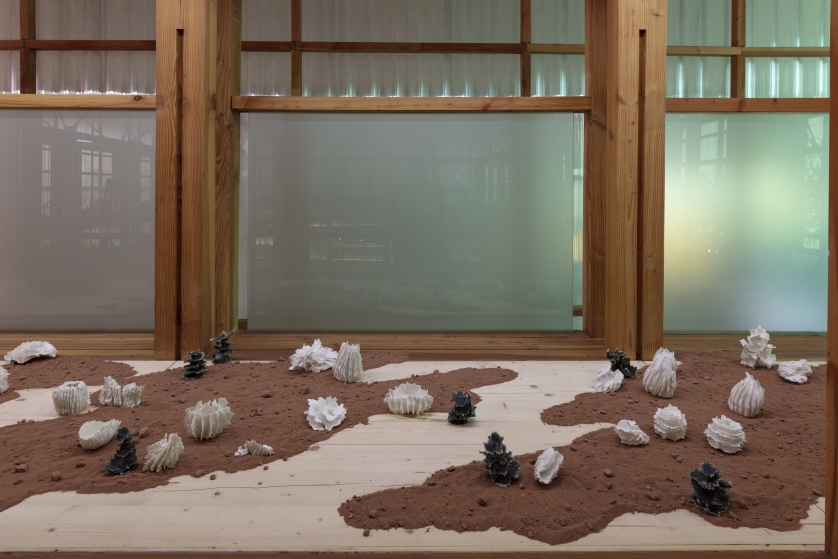 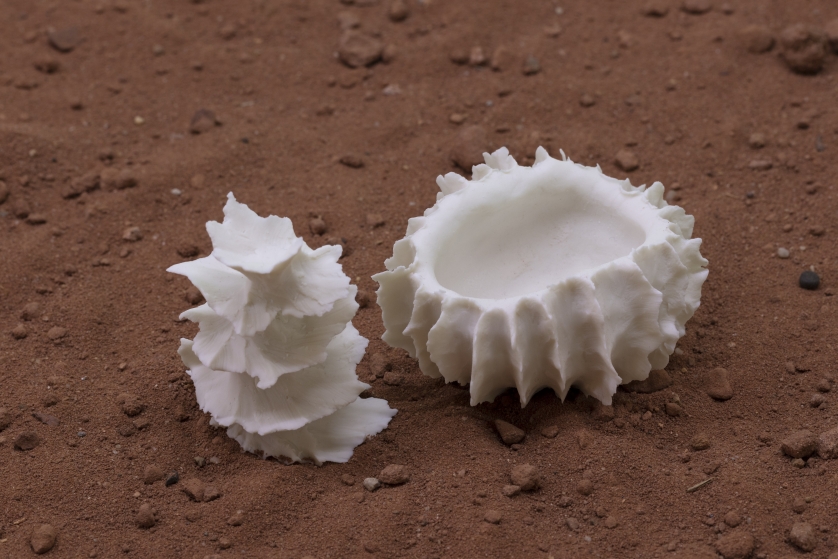 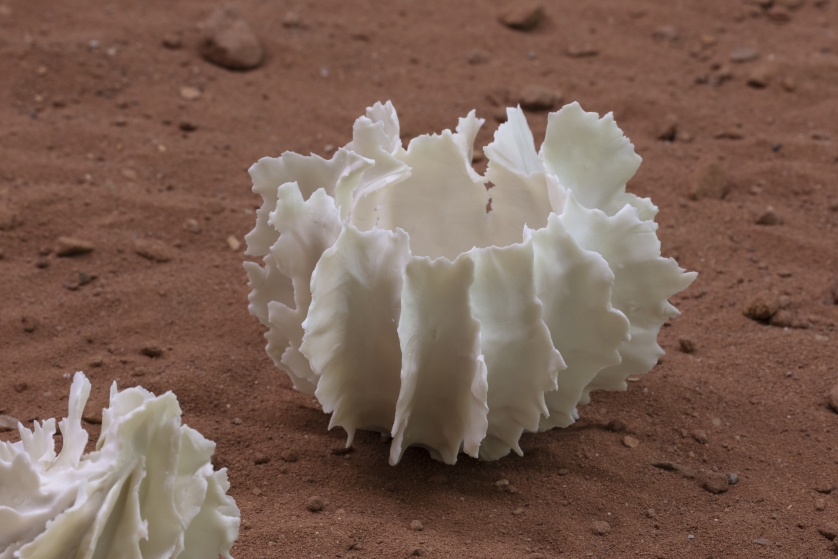 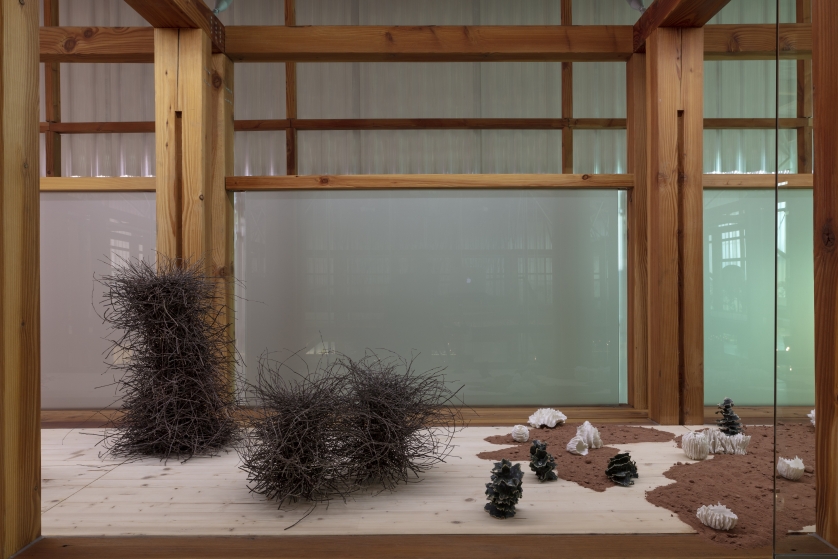 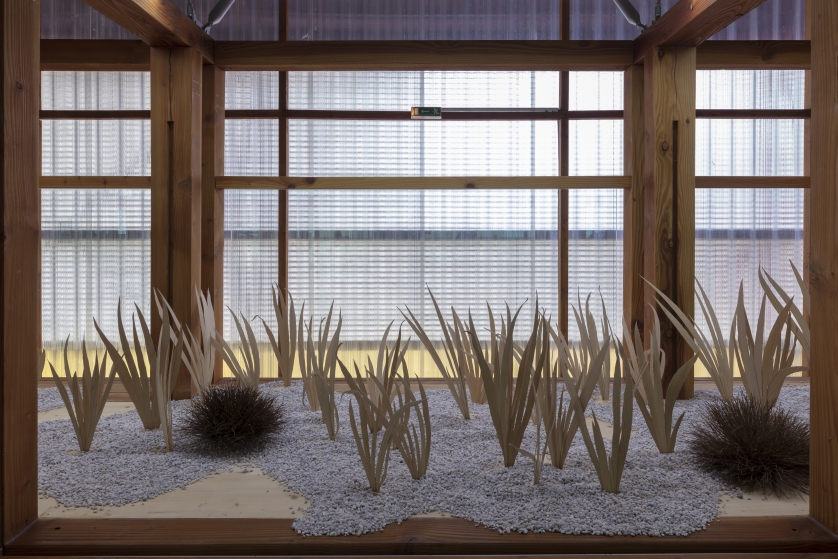 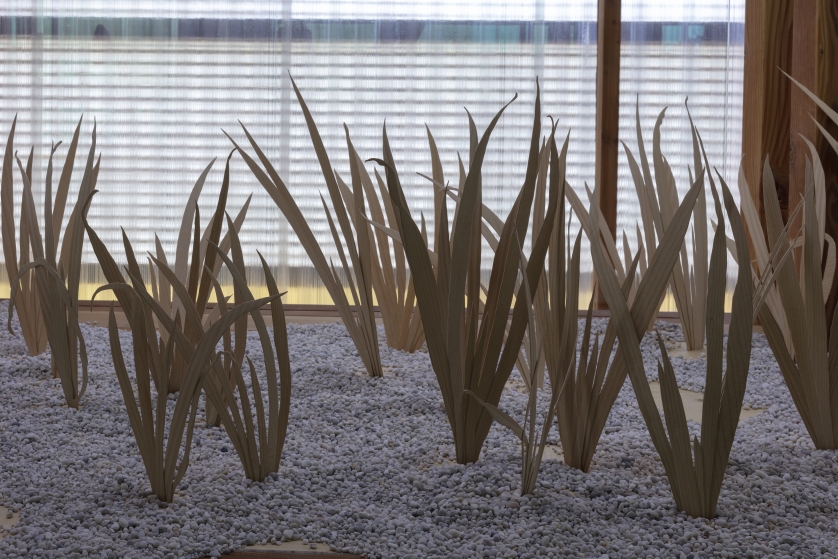 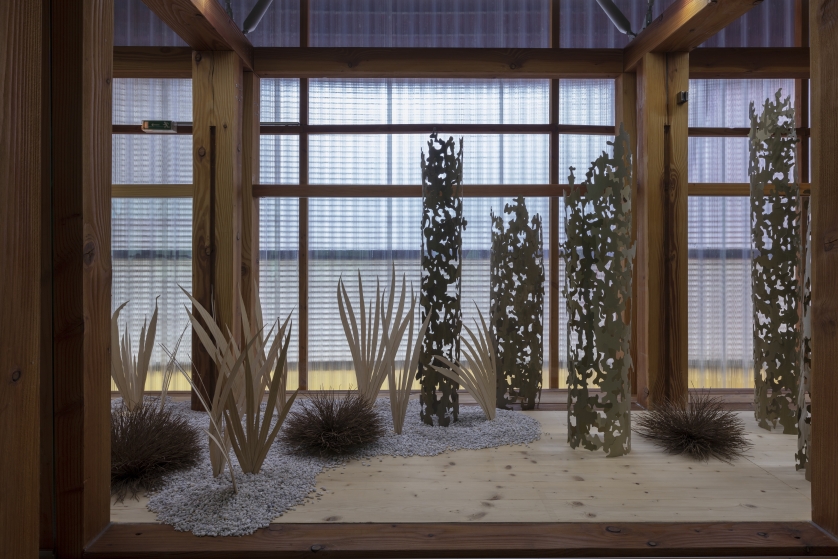 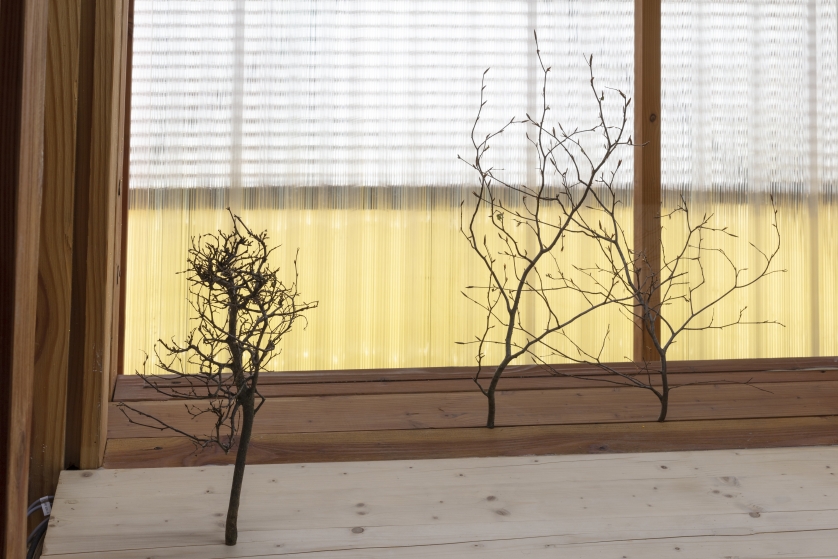 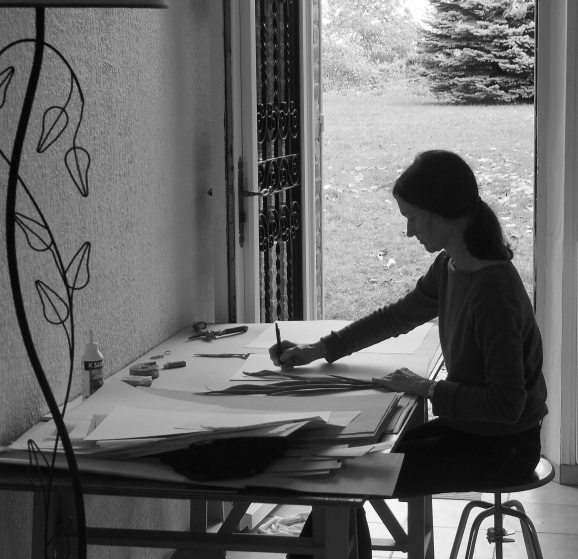 Dominique Ghesquière in her studio. Courtesy of the artist.
Off site

The Fondation d’entreprise Hermès continues its programme of exhibitions at La Grande Place, Musée du Cristal Saint-Louis in Saint-Louis-lès-Bitche (Moselle) with a solo presentation by artist Dominique Ghesquière. The show is part of the Foundation’s worldwide programme of events at its contemporary art spaces in Brussels, Singapore, Seoul and Tokyo, and in association with leading French art institutions (“Simple Shapes” at the Centre Pompidou-Metz and “L’esprit du Bauhaus” at the Musée des Arts Décoratifs, Paris).

The Foundation stages two exhibitions per year at La Grande Place, devoted to new work in contemporary art with a focus on artisan expertise. Each event is part of a themed series of three consecutive exhibitions devised in collaboration with cultural institutions from the Lorraine region, with the support of the Cristallerie Saint-Louis.

Following the first and second series, curated respectively by the Centre Pompidou-Metz and 49 Nord 6 Est – Frac Lorraine (the Lorraine regional fund for contemporary art, based in Metz), the Foundation has commissioned the Centre for Contemporary Art – La Synagogue de Delme, in the French department of Moselle, to curate the third series of exhibitions.

Under the title “L’héritage des secrets” (“Legacy of secrets”), the Synagogue de Delme presentsa series of three solo exhibitions engaging with the historical and architectural heritage of the Saint-Louis crystal foundry, and the workshop’s human, aesthetic and technical history over four centuries. The invited artists – French duo Hippolyte Hentgen, Thu-Van Tran and Dominique Ghesquière – immerse themselves in this unique world and create works that resonate with it and diffract its meaning, like light through crystal.

Dominique Ghesquière takes us back to the origins of the raw materials of crystal. Extending the museum’s visitor itinerary, with its displays of crystal objects, she presents ferns, forests, water and fire, as if sprung from the memory of the crystal itself, as reminders of their vital presence.

Dominique Ghesqhière was born in 1953 in Pensacola, Florida (USA). She lives and works in Rueil-Malmaison (France).

She is represented by Galerie Valentin, in Paris.