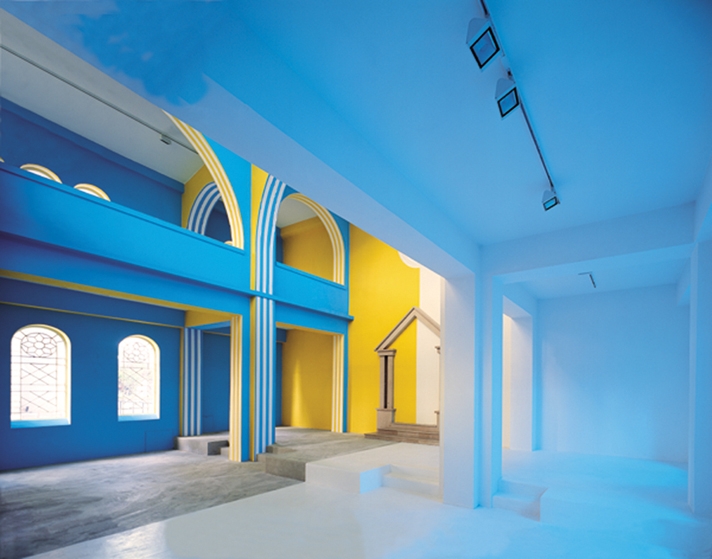 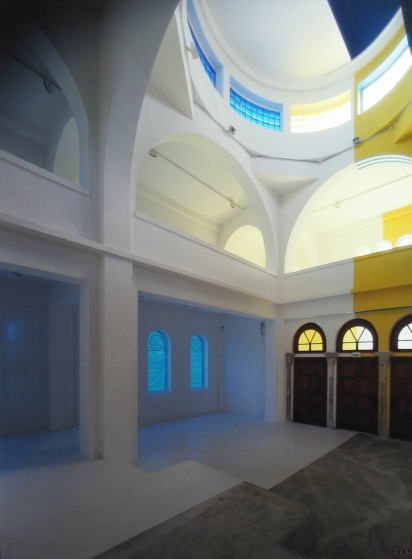 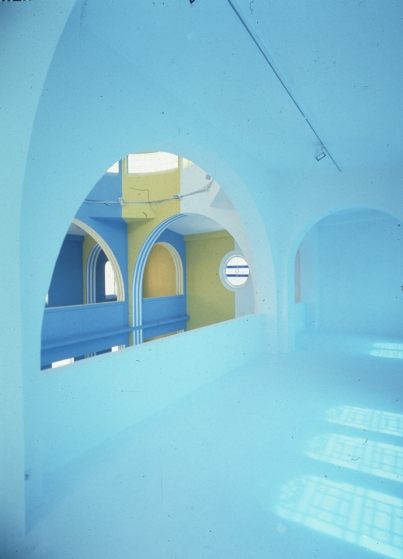 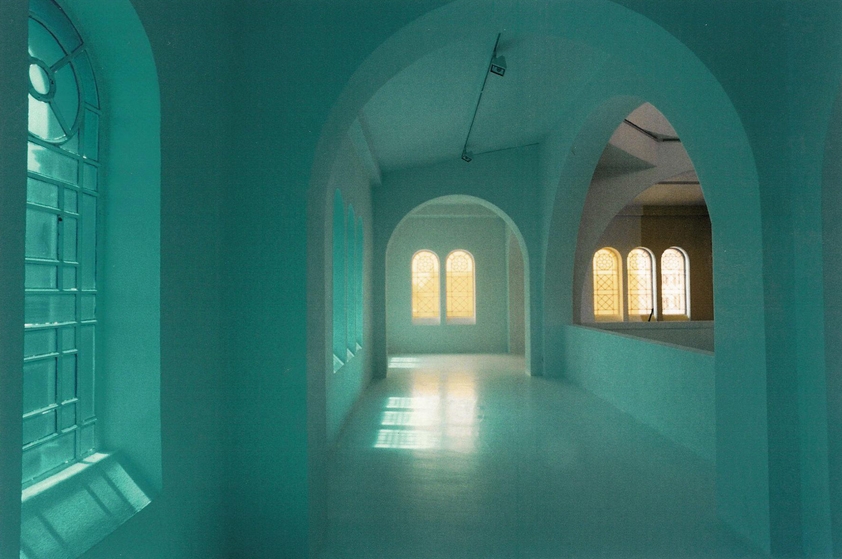 Familiar to the general public for his transient or permanent, often hugely controversial interventions in the public space (1), for his recurring use of the vertical stripe motif, and even for taking issue with the museum institution (2), Daniel Buren was also immediately linked by art circles to the Conceptual art movement – in 1969, he was invited to the Konzept Art show in Lerverkusen, Germany, the first of its kind. While happy to engage in critical, reflexive thought on his work and on art in general, Daniel Buren has constantly developed the issues behind his own work. Thus he refuses the importance granted with hindsight by critics to the BMPT group (Buren, Mosset, Parmentier, Toroni) (3) and keeps reaffirming the importance, in his eyes, of the visual dimension and production of the work (the artwork does not exist of itself and the project cannot replace its presentation) – the very opposite of Conceptual art, a label he rejects. As a pioneer of the in situ installation (4), he designs each of his interventions specifically for the site (museum, private collection, public institution or space) where it is housed. He is undoubtedly one of those artists who have gone furthest with this investigation into the contextual dimension of art both in his work and in his writings. How the work and site are to tie in together is planned way beyond the mere formal relationship and involves all kinds of parameters extending beyond art history viewed as an independent field. “Kunst bleibt Politik” (art remains political) wrote Daniel Buren on being invited to a group exhibition in Düsseldorf in 1974, where a work by Hans Haacke was censored, echoing the title of the event “Kunst bleibt Kunst” (art remains art).

At Delme, Daniel Buren was wary of any approach emphasizing the site’s original sacred vocation and taking it as a place of worship to the detriment of its recent history – its deconsecration and conversion into an art centre. However, inasmuch as the synagogue’s former purpose is perceptible through its architecture, this is how the artist chose to handle it. The two-colour (blue and yellow) painting of the space and the application of (blue and white and yellow and white) stripes on the arch mouldings reveals the complexity and power of the architectural structure of the place, where the extreme bareness and powerful light further assert its unitary quality. The power of the religious institution and the complex body of theology are embodied in the very structure of the spaces and as such appear in the architecture of the place as it can be seen today.

(2) On being invited to the Guggenheim in 1971, Daniel Buren proposed Peinture n°1, a striped canvas hung onto the centre of the spiral, a work that criticized the primacy of the architectural show over the works; the work caused great controversy among the exhibiting artists and in the end was not included in the show. On being invited in 1977 to take part in the exhibition marking the opening of the Pompidou Centre, Daniel Buren placed some fifteen striped flags on the monuments of Paris visible from the museum through telescopic spectacles.

(3) In 1966 and 1967 the four artists came together for exhibitions and proposed work on the degree zero of painting and systematic repetition. Each artist chose a minimal pictorial gesture to which he was then restricting his practice (vertical stripes for Buren, horizontal line for Parmentier, circle for Mosset and brushmark for Toroni).

(4) “On in situ work. Used for about fifteen years to accompany my work, this phrase does not just mean that the work is situated or in a given situation, but that its relationship to the site is just as constraining as what it itself involves for the site in which it finds itself […]. ‘In situ’ means lastly to my mind that there is a deliberately accepted connection between the site receiving and the ‘work’ done, presented and exhibited there. This holds for all my work without exception, both here and elsewhere since 1965”, in exh. cat. Daniel Buren mot à mot, Ed. La Martinière, Centre Pompidou, 2002, I15.

Born in 1938 in Boulogne-Billancourt, France