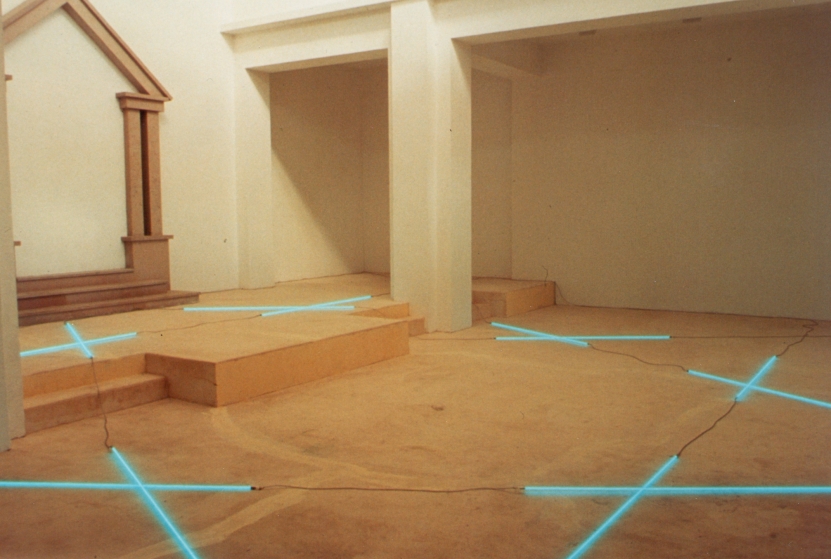 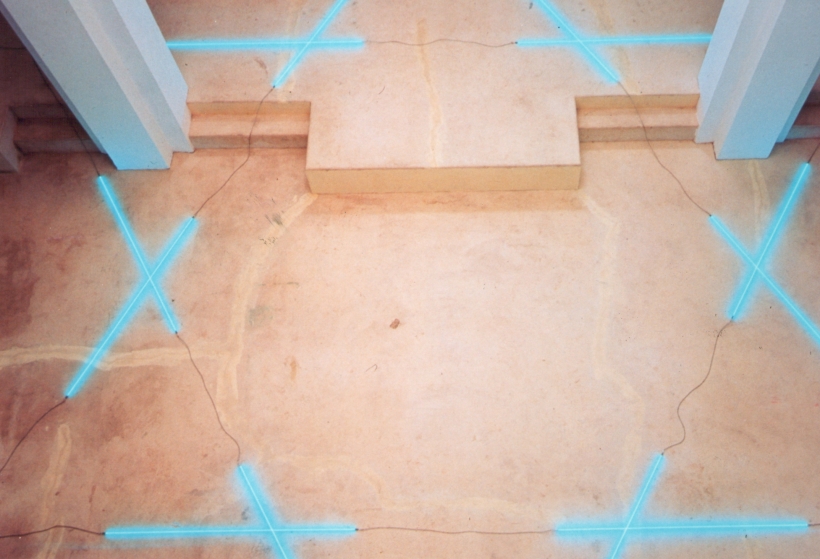 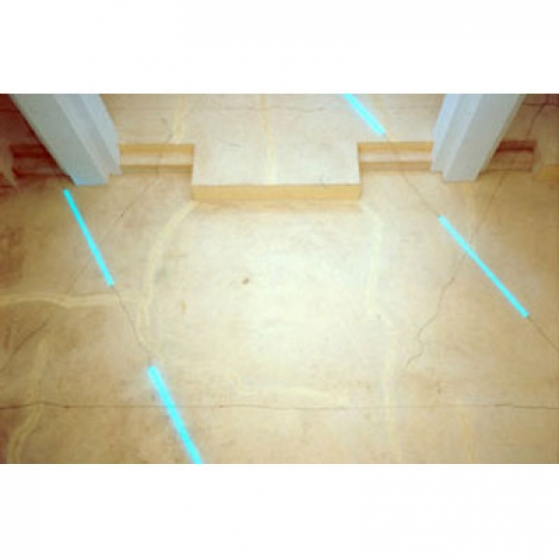 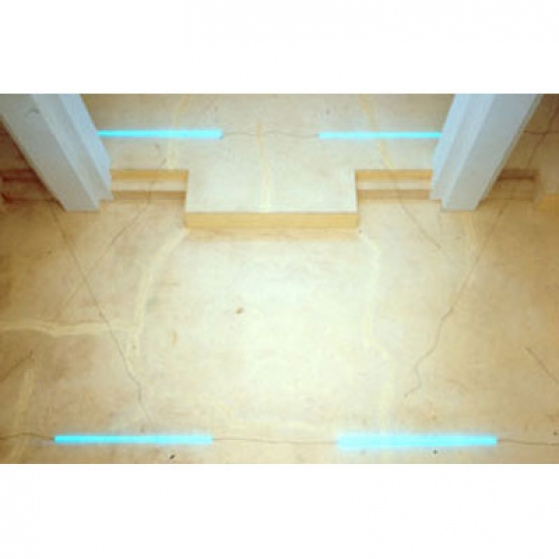 François Morellet could have connections with Oulipo, with his puns, humour, and use of productive constraints. It was out of sheer cussedness, as he is first to admit, that he took a liking to geometry, against postwar lyricism and informality, demythologizing as much as possible the artist’s ego and the model of the artist as a craftsman. His geometrical abstractions were then based on mathematical principles of composition. He in fact expressed very early on how much he hated the “badly done”, that creative mode “essentially imprecise, (which) goes for means of production that amplify the unevenness of manual work and hence (which) detests any tool, principle or system that guides, corrects, or replaces the hand (…)”[1] Morellet on the contrary has chosen to work from systems. The Cezannian “formula” and the laws of mathematics have their full importance in his work (he cofounded the GRAV - Groupe de Recherche d’Art Visuel).

But while his chief interest is painting, François Morellet also strove, as early as the 1960s, to work on the notion of space taking over new media such as neon lighting, with randomly programmed works (for instance neons with random-poetic-geometrical programming, in 1967, which displayed words in a random, fun way:  “con”, “nul”, “cul”[2] and meaningless signs).

So, far from being a mystic of light like Dan Flavin, Morellet is an artist who takes his amusement seriously. For his Delme show, one of the elements of a project in three stages[3], he showed certain works that were not recent (3 trames, 2 triangles, 1 étoile, Gratture sur bois n° 19, or Geometree n° 24), but he also resumed his research into the neon medium, designing a light installation specially for the Synagogue. When the blue neons flashed, you could see three interfering triangular fields flashing: the pure play of geometry. But stable, the installation evoked a 6-pointed star, the star of David. Morellet had already tested this type of horizontal installation in 1990 at Tournus abbey, with two regular fields of neons, and elements in quincunx (30 néons et un point de vue). But his project for Delme, between a commentary on the history of the place and a joke, radically distanced itself from the mystical dimension of both the place and the artistic adventure. Morellet used the history of the art centre as a constraint, thereby performing a deconstruction of the star of David, rather than holding an icon sacred.

“I rather feel like the monstrous child of Mondrian and Duchamp”, he explains, “or rather of Van Doesburg and Picabia, great rigour on the one hand and derision on the other.”[4] As an artist who is both funny and serious, Morellet from the outset has practised a casual geometry possibly best illustrated by the semi-pornographic, semi-minimalist series Géométrie dans les spasmes.

[3] The first at the Attitudes Gallery (Nancy), the second at Marsal and the third at Delme.

Lives and works in Cholet, France