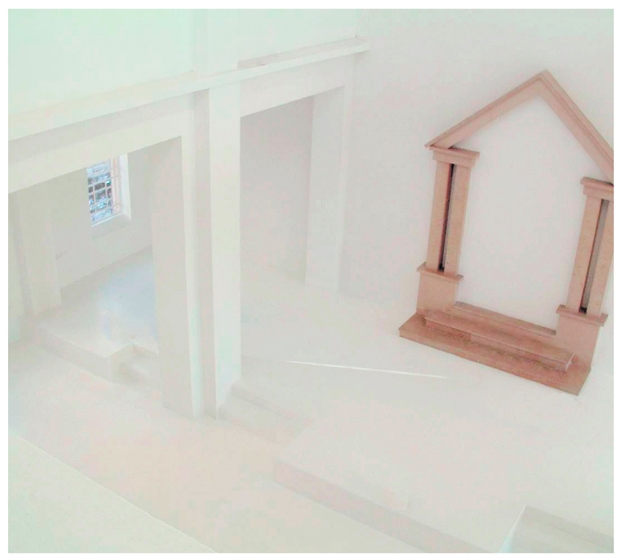 With heroic, even Christ-like constancy, since 1965 Roman Opalka has been working on the same concept, “Opalka 1965-∞¥”. His work has been growing in three major series – pictorial, photographic and sound – following a single principle of minimal variation. The man’s face is familiar due to the frontal self-portraits he takes daily when at his studio. Produced in identical lighting and centring conditions, these thousands of photographs are testimony, day after day, year in year out, to the artist’s gradual ageing. And his changing face is a striking allegory of the irremediable passing of time.

The large paintings of numbers, all in the same format, which he calls Details, follow this same principle. They have formed a series ever since the artist inscribed the figure 1 in the top left corner of the first picture; for each canvas, Opalka tirelessly counts, inscribing each number one after the other, in white on a black background. Since 1972, he has been adding 1% of extra white in the background, meaning that the day will come when he is painting in white on a white background.

In order to be able to carry on counting when the numbers have reached this invisible stage, Opalka thought of recording his voice, as a necessity, an “answer to a problem”, namely this final engulfing of the numbers in white.  These are the phonetic recordings forming the third part of his work, which the artist has chosen to present at Delme, following a very precise arrangement. Four distinct sound sources (with different number sequences) intersect and meet in the enclosed space. “Why sound and only sound at the Synagogue de Delme?” he asks in a text specially written for the exhibition. In turning the synagogue into a place for listening to numbers, he restores it to its earlier historical purpose, as a place of prayer, speech and singing.

Opalka’s pictorial work is based on an ambiguity, for as death approaches, the lighter grows stronger, and the white emerges as a redemption. The sound installation at Delme also follows this duality: a haunting mantra, a prayer to the victims of the Shoah to whom his entire work refers, it also hints at the possibility of a community made up of countable individuals. It evokes the certainty of death both past and future, yet it is a message of hope. And there is certainly tremendous modesty in the simplicity of the device, as there is in this so radical aesthetic choice of the “number” form, a minimal but realistic way of referring back to the horror.

“He who ages and entrusts his existence to his one project and until his death redeeming the number of the dead, the total numbers of martyrs by calling out each one in their figure of light in the time regained of the procession of the day which makes each one each day a gift of the tender transparency of beings and things”, wrote Bernard Lamarche-Vadel on the subject of Opalka. It is indeed the spiritual dimension of numbers, of the human voice and the place, their symbolic powers, which has caught the artist’s attention. This project is the pure outcome of an encounter between a man and a place, between a personal story and History.

Born in 1931 in Hocquincourt, France

Lives and works in Bazerac, France