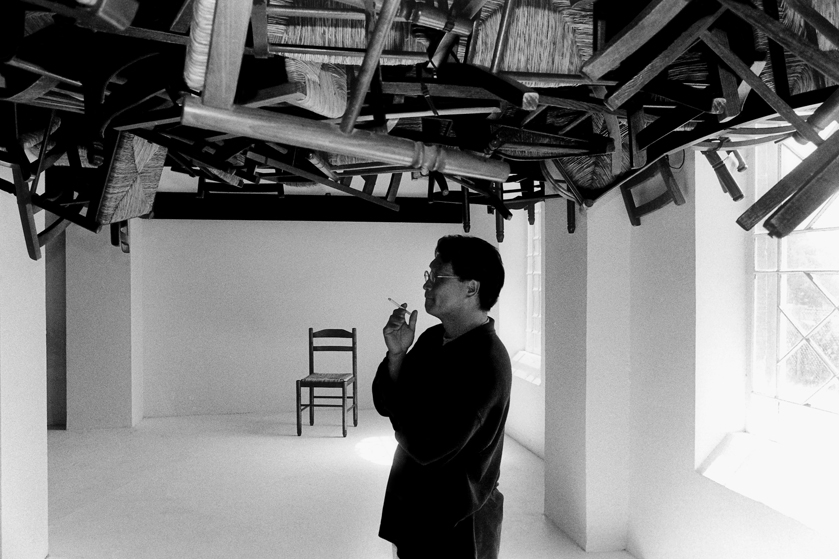 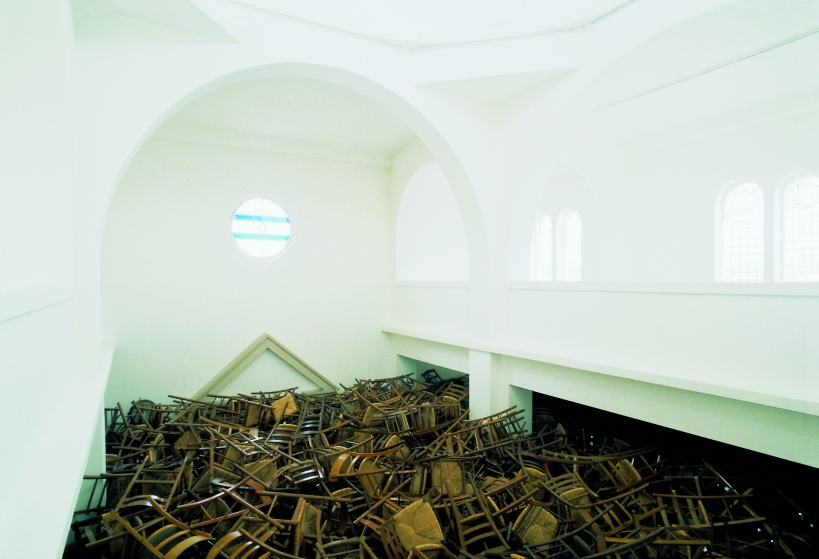 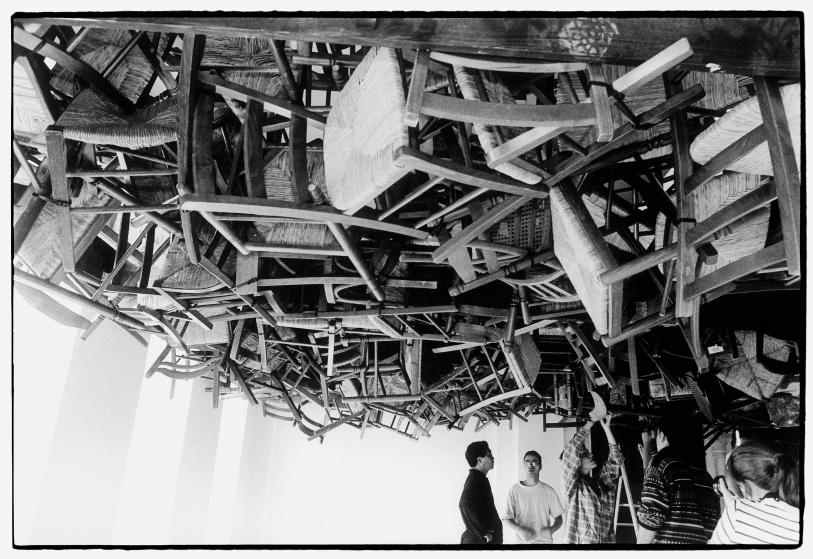 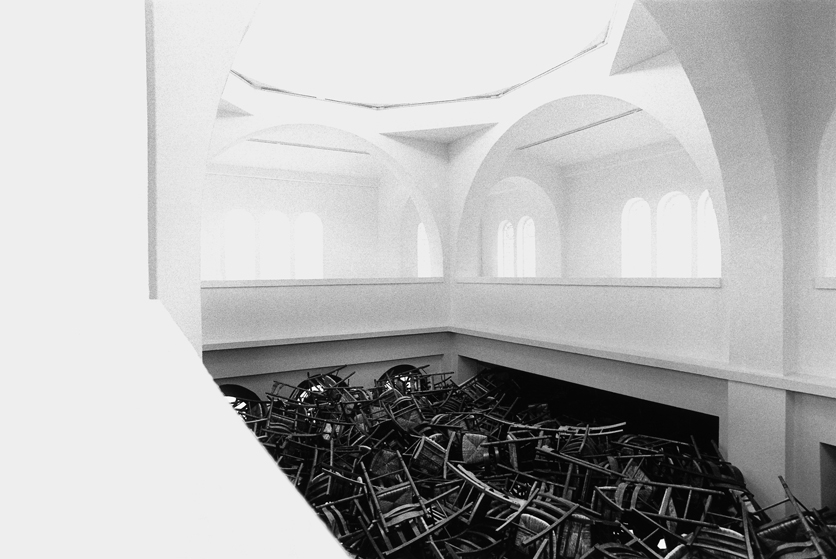 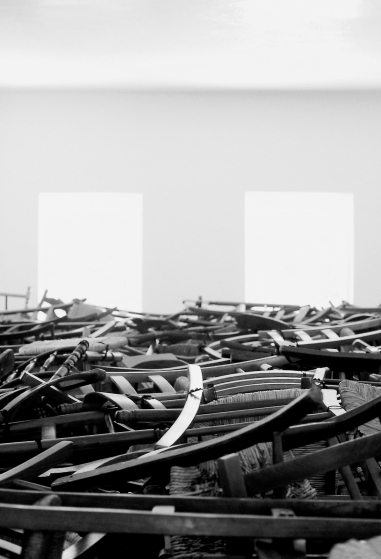 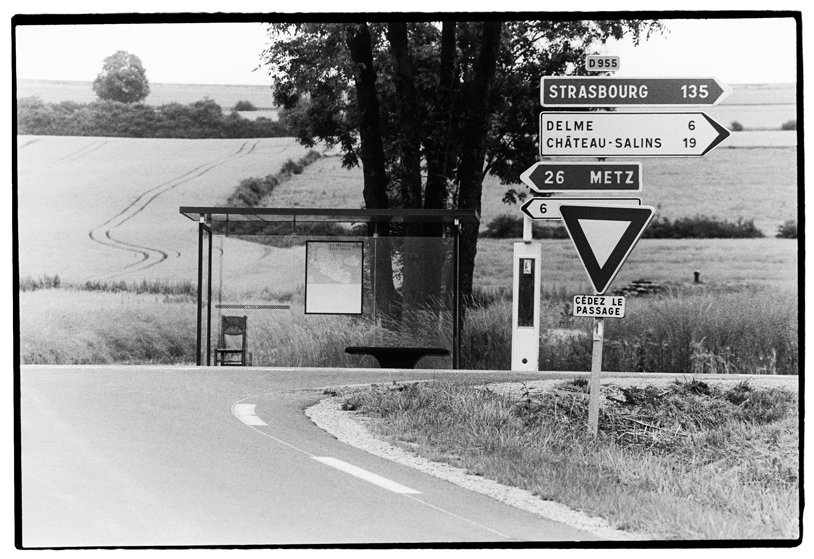 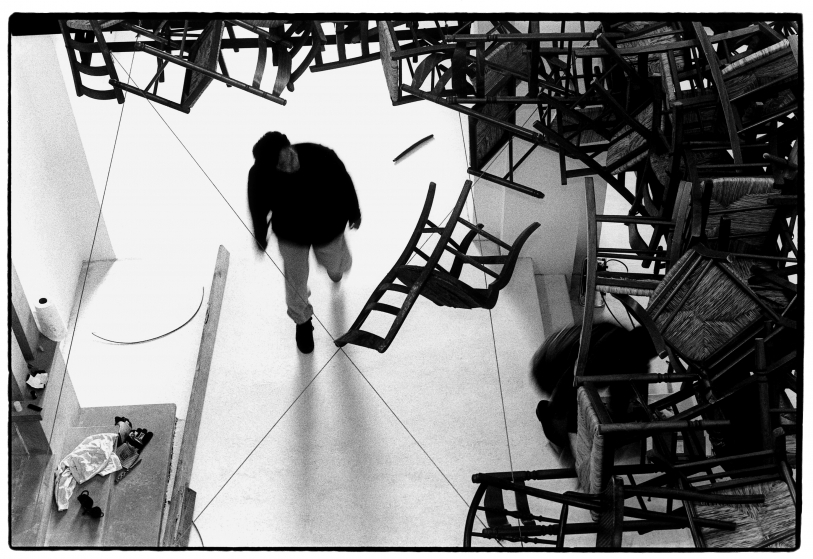 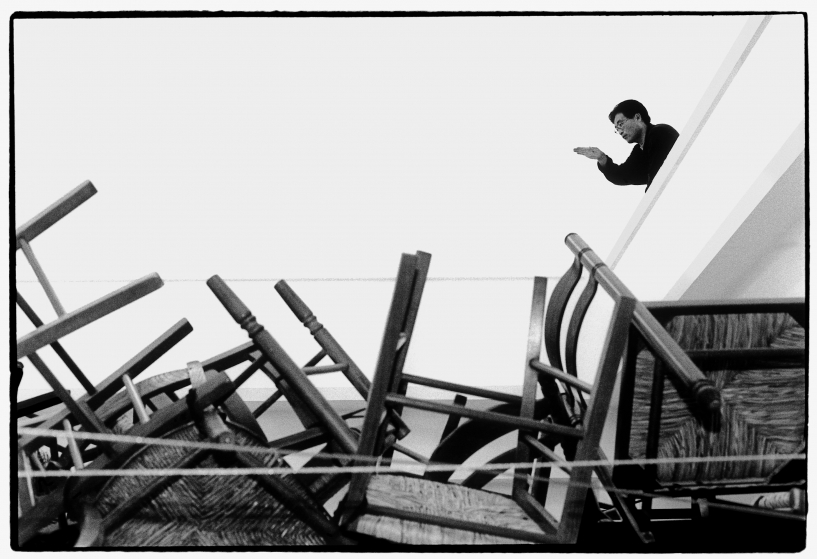 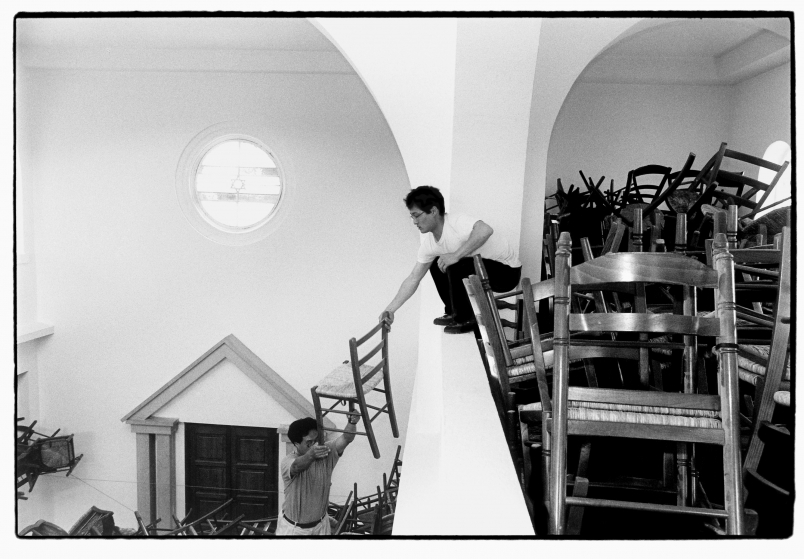 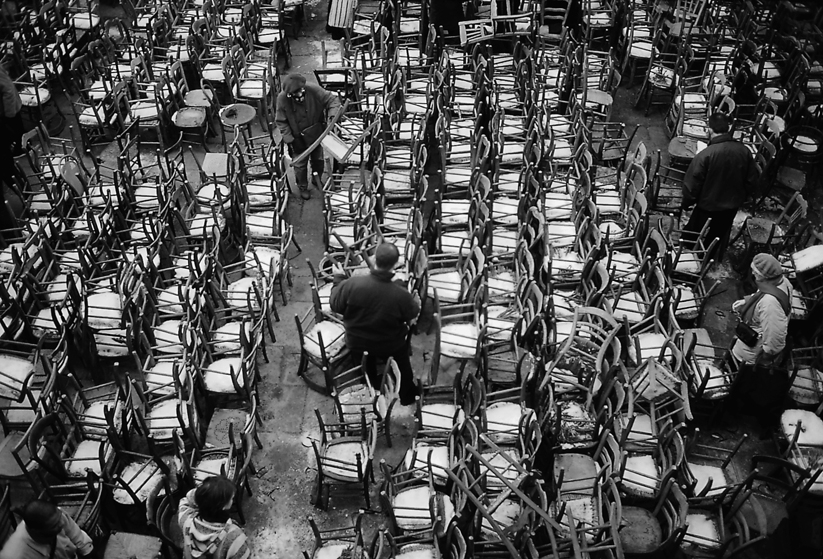 Having received training iin painting techniques at a Japanese art school, Tadashi Kawamata has since principally remained tied to composition, and above all an interest in the stretcher, which he is invariably swift to hijack and re-use in novel ways. In his early days, he would fill indoor exhibition venues with fragile, rough partitions made of wood and fabric but in no time he was developing a great interest in the scope of public places. From seething city life and its frantic pace, he retained the fleeting character of the city's alleged architectural fixedness. He has long been interested in the cracks and splits on the fringes of large cities which form zones in the process of being demolished and/or abandoned.

Tadashi Kawamata has come to the fore by way of major contemporary art shows and fairs in Europe such as the Venice Biennale in 1982, Documenta VIII and IX at Kassel in 1987 and then 1992. He comes across as a nomadic artist, producing often monumental and always ephemeral installations the world over, and showing a preference for the use of simple and inexpensive materials, often recycled.

Since the early 1980s, he has thus been criss-crossing the world's continents listening to the rhythms produced by people and cities. His works, which are invariably arresting in their dimensions, are the outcome of close cooperation with the people he rubs shoulders with in the sites where he sets to work -be they residents at a therapy centre, students, or local inhabitants. This social and collective dimension is quintessential in his approach and goes hand in glove with an idea of the work being perpetually achieved by the communities experiencing it. The driving force of creation is not the final goal but rather an attempt to link men and women together around a common project.

The work devised for the Delme Synagogue space, echoing a project developed at the same time for the Hôtel Saint-Livier in Metz, tallies with this dynamic, and has made it possible to assemble a significant group of students from art disciplines, from throughout the region. Organized in two distinct places, the artist's work titled Les chaises de traverses proposes linking city and countryside, by way of the bus shelters which punctuate the main road. Some 4000 chairs made of wood and straw, most of them coming from his earlier installation, whose idea(*) they extend, are thus distributed on a wall several yards high around the inner courtyard of an abandoned private mansion in old Metz; in a horizontal suspension inside a former place of worship in the country; and specifically associated with public transport stops on a route connecting the two sites. The metaphor of the link between people is clearly readable in this itinerary which the artist invites us to follow, as well as in the symbolic choice of material--the chair, ideal embodiment at a human scale of man's base as much as of his instability. By obstructing the connection between the two levels of the Synagogue by this impressive and oppressive "wave" of chairs, the artist upsets the traditional relation to space and reminds us that, in the old days, a community of believers used to frequent these premises, enacting this same candid dichotomy of levels by earmarking the upper floor for the exclusive use of women. By bringing in a new division of the place by the use of inexpensive and unspectacular materials, the artist manages to cast an unusual eye on the environment, the past that formed it, and the present that is still forming it.

Just as important and symbolic as the assembly phase, the stage represented by the dismantling of the piece and the dispersal of the chairs not only points up the ephemeral character of Tadashi Kawamata's work, but also allows a return of the working material into the normal circuit of objects, and forever marks a revelation of the sites occupied.

Lives and works in Tokyo, and in the rest of the world