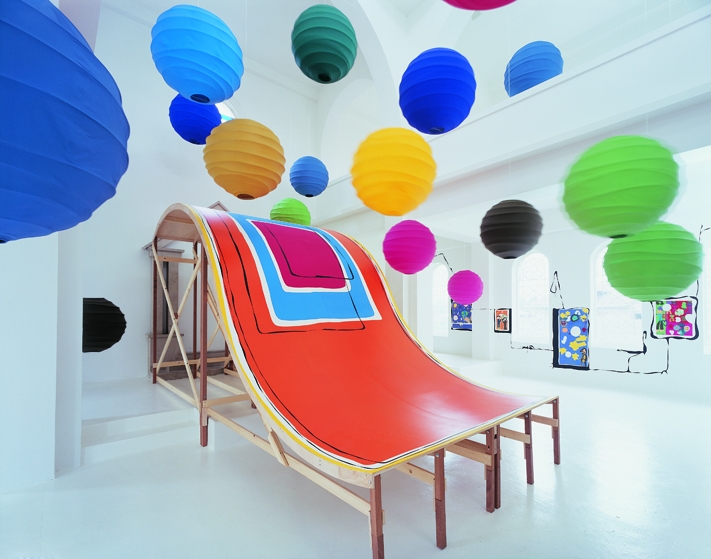 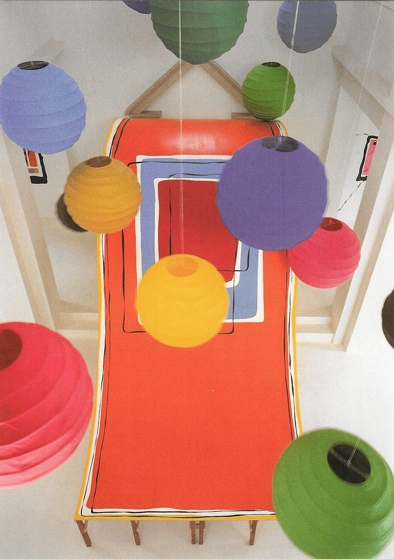 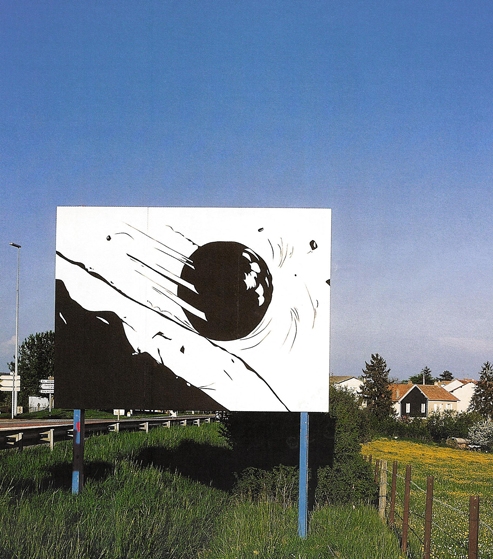 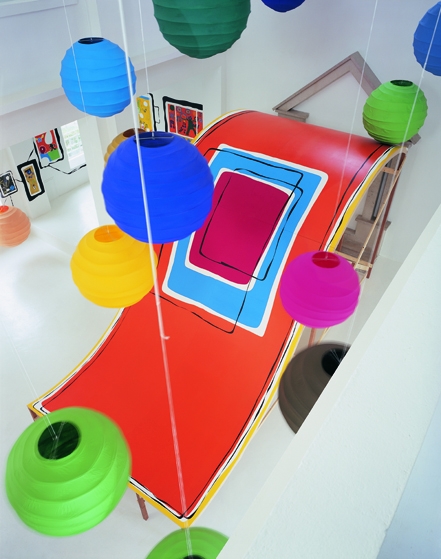 Poles apart from art aiming at universality through forms stripped of any connotation and reduced to their basic meaning, Stéphane Calais sets out in his work to embrace diversity, mobilizing the profusion and dynamism of forms and references. Drawing, painting, wall painting, sculpture, installation, design, graphic art, comic strips – no medium is excluded or preferred. Echoing the simplicity of the materials he uses is the familiarity of many of his references, creating a user-friendly effect that makes up for the perplexity that some of his works can produce. The game of references and quotations does indeed mix up fiction and reality and readily combines different types of culture. Borrowing from children’s culture or integrating the mythical, historical figure of General Ludd[1] are emblematic of this cleverly cultivated indeterminacy. The result is an art of scrambling and shifting, the vitality of which is notably seen in the artist’s refusal to make identical reproductions of his pieces. Where appropriate, the execution is entrusted to someone else. Far from making the artist’s gesture sacred, this refusal may be viewed on the contrary as the assertion of the contingency of a work seen not as a self-standing entity independent of any context, but as resonating with its context perceived as not reducible to any single meaning.

In this former place of worship converted into an art centre, the title suggests a mystical if not pagan cosmogony (the music of the spheres) or something out of children’s story books (bogeymen). Centred and backing onto the wall facing the main entrance (a space reserved for the liturgy when it was still a synagogue) a spectacular curved wooden ramp (a cross between a huge banana slide and a skate-board ramp) fills the space. Combined with about thirty Japanese paper lampshades in clear colours, hanging at various heights (an amazingly playful evocation of the celestial spheres, all the different colours making these commmonplace items look like Chinese lanterns), the whole is entitled Jardin suspendu, un tapis volant (Hanging Garden, a Magic Carpet). The image of the magic carpet adds an oriental note to the fairytale world already summoned up by the bogeymen. On the ground floor walls, paintings by the children of Delme in frames separated and linked together by the artist with black duct tape compose a fresco that takes its theme from the title of the exhibition. Circular patterns set in reserve by the artist display a constellation of white discs (the black holes of this alternative cosmogony?). In this way, the children of Delme are mixed into the fiction. Two wood panels entitled Daddy cool are placed at the two main entrances to the village. Painted in black and white, they depict in a comic strip-type graphic mode, a spherical rock rolling down a mountain. From the myth of Sisyphus to the proverb “A rolling stone gathers no moss”, the image is instantly familiar and naturally lends itself to various interpretations and associations of ideas. The close framing evokes a colossal ladder in perfect harmony with the cosmogony implemented within the exhibition space.

“The proposition would thus be not a hierarchy of media, but a system of differentiation enabling their full deployment. And the prodigality of this strategy would be a way to appropriate rules rather than make rules, reshuffle the cards, try one’s luck, leave it to chance and a spot of tactical navigation.”[2] “One of my work’s main ambitions is to create a counterpoint to the dominant imagery.”[3]

[1] While General Ludd is a fictional character, Luddism on the other hand is a movement that appeared in early 19th century England and embodied the craft industry’s opposition to the industrial revolution. The Luddites organized sabotage operations to destroy machinery. The movement was brutally crushed by the British Army.