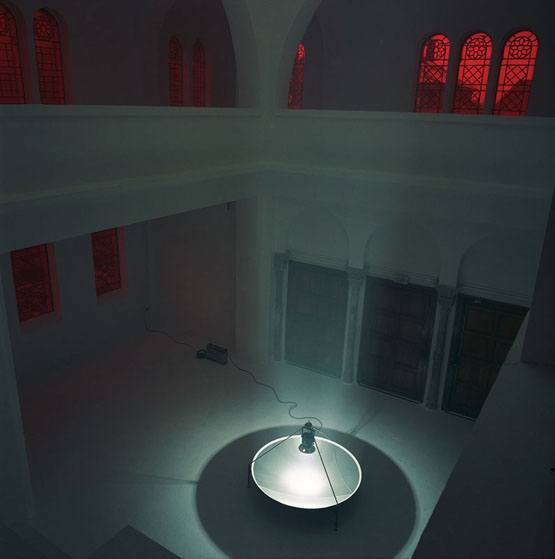 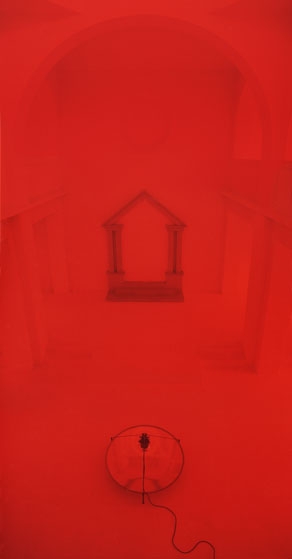 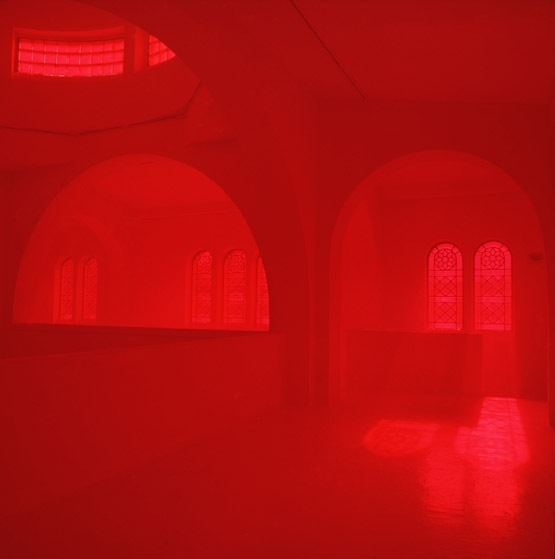 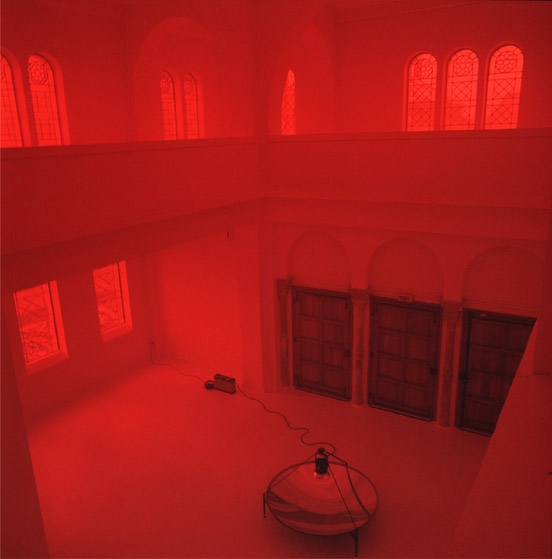 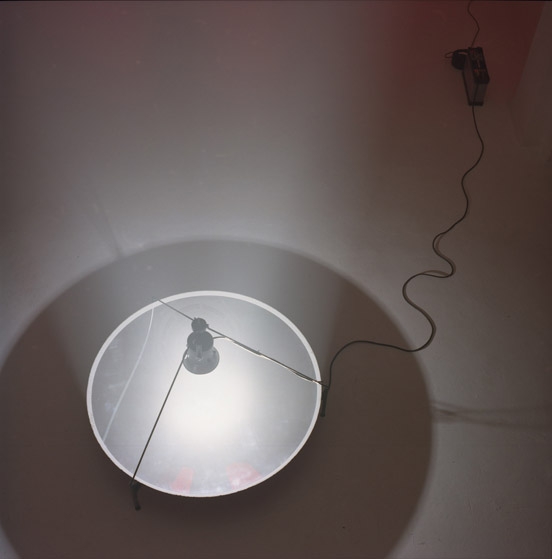 The installations of Tommi Grönlund and Petteri Nisunen combine sound and light systems which completely encompass the space in which they take place.

Working in the fields of architecture, the visual arts, and music this Finnish twosome has, since the 1990s, been developing a work focusing essentially on the perception of natural and immaterial phenomena like heat, magnetism, and radioactivity.

The apparent technological complexity and the minimalist rigour of their works are not their end purpose, but rather help towards an immediate understanding of a space inhabited by the work, operating as a system whose reactions seem random and independent of their environment.

The Synagogue de Delme represents a special architectural point of departure for accommodating this type of work: the symmetry and openness of the spaces and the building's specific acoustics house the sound and light installation by amplifying and distorting it. It is not simply a matter of introducing a dialectical tension between visual, architectural and acoustic elements, but of dealing with the space as a whole, well beyond any simple sound sculpture.

If this work's inclusion within a Nordic tradition may offer a key to reading it, especially in this treatment of light and this minimal, functional rigour, which appears quite often in the work of Scandinavian artists (Olafur Eliasson spring to mind), the particular approach adopted by Grönlund and Nisunen as architects also sheds significant light on their praxis. This activity is not peripheral to their artistic work, but broadly conditions this relationship to the space as a whole and not as a mere receptacle of the work.

The space is handled like a kind of living organism, which breathes, and has more or less active moments; the visitor remains passive, alternating between moments of expectation and surprise. There is no interactivity with the spectator, who is rather in a solitary state in front of these installations which function autonomously, sometimes lasting outside of the time they are on public display.

These works, which barely leave room for illusion and do not force us to make any interpretation, impose upon us their strangeness and their apparent complexity, inviting us to an awareness of our time of perception.

They are represented by the Andrehn-Schiptjenko Gallery, Stockholm, and the Schipper et Krome Gallery, Berlin.

They started working together in 1993. As artists, they curated the Nordic pavilion at the 2001 Venice Biennale. They work as architects with three other associates (a.men architects; www.amen.fi).

Tommi Grönlund is a disk jockey, and founder and director of the Sähkö recordings label, which, in particular, represents Jimi Tenor and Pan Sonic.