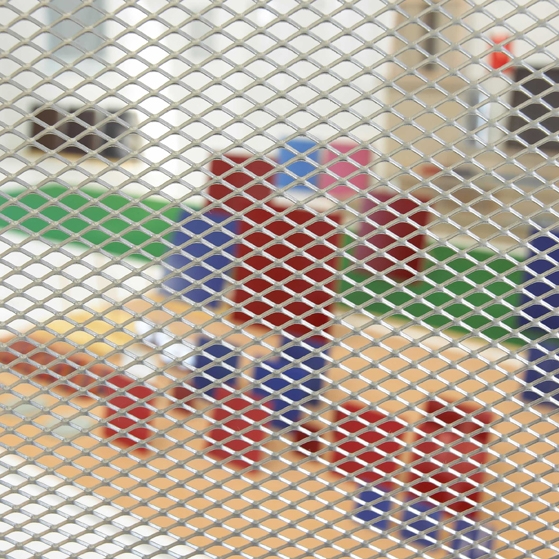 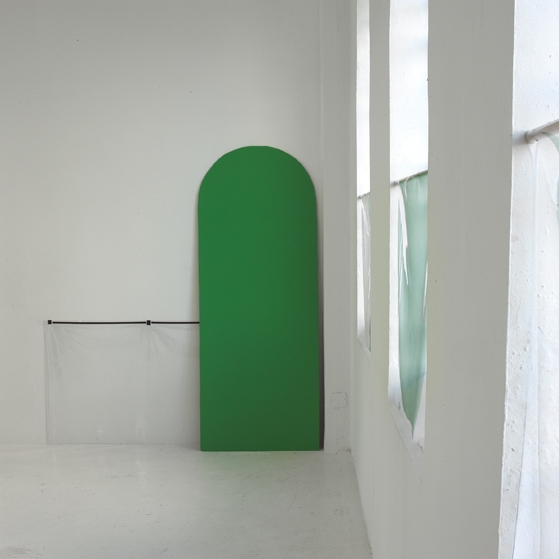 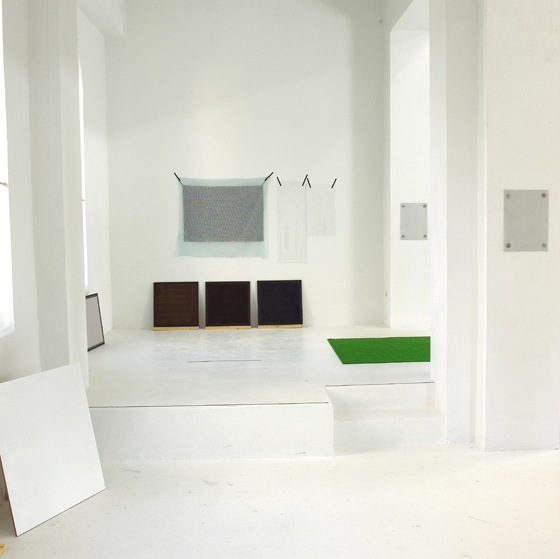 This American artist examines the mechanisms of perception through a variety of devices: stretched canvas, site-specific works, book publications, and also by curating exhibitions (1).

What is so specific about Dan Walsh's work is partly to do with their self-awareness : awareness of the arrangement of their geometrical patterns and of the specifics of the situation in which they are set.

Dan Walsh is designing a specific project for the Synagogue's special architecture. Its theatricality, the space on two floors, the singularity of its proportions all make it a new situation for the artist to experiment with.

Unlike many abstract painters, there is nothing metaphysical or authoritarian about Dan Walsh's process. The search for perfection in the production of forms does not feature prominently in his work. On the contrary, his research dispels the idea of the painting's having anything symbolic "beyond" in favour of a human, perceptive dimension. The lines, dots and rectangles organized in the space accept their handmade status; their scale and positioning indicate the artist's constant attention to the spectator's physical perception and viewpoint.

The imperfections in the drawing of the rectangles, the animation resulting from the arrangement of shapes, the lively colours and graphic effectiveness of line all help to give these works playfulness. The intrusions outside of the picture, into the exhibition area, establish a powerful bond with the visitor.

In these paintings, the horizontal lines frequently serve in a way as shelves on which these empty or solid rectangles are placed, or as a shaft on which they seem to slide. The vertical structures more particularly bring questions of gravity into play. The repetition of simple patterns, the multiplication of combinations (with the occasional mise en abyme through the presence within the painting of representations of earlier paintings) evoke possible scenarios of relations with no purpose, animated by movement, setting side by side, effects of weight, mass or isolation. The rectangular shapes, rather recalling a pool of computers touched up in a cartoon style, and the orthogonal patterns, like so many basic structures, seem to convey an amused, distant look at contemporary life populated with geometry, and two recurring signs, the grid and the screen.