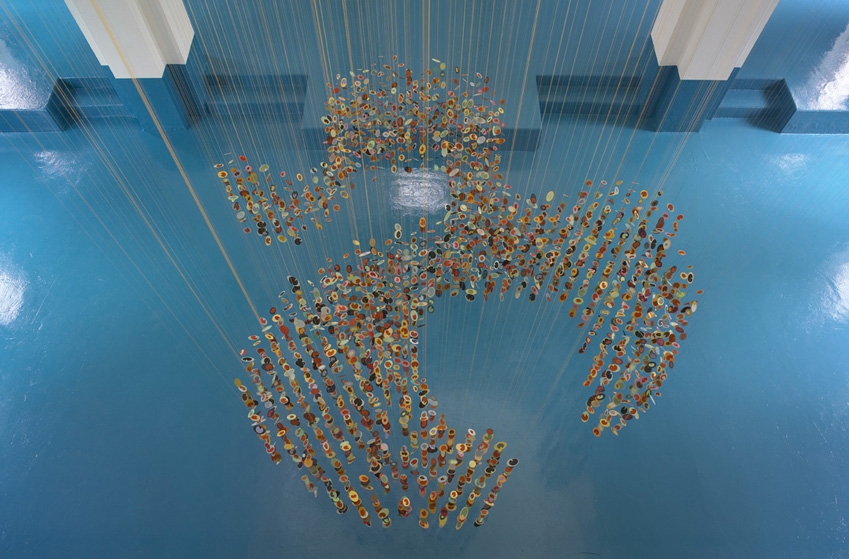 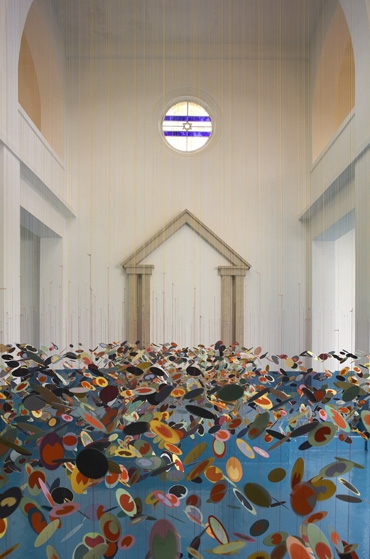 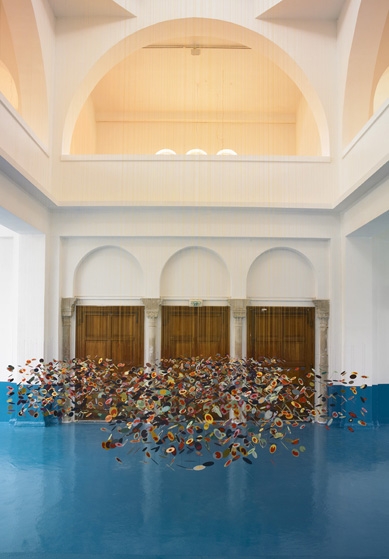 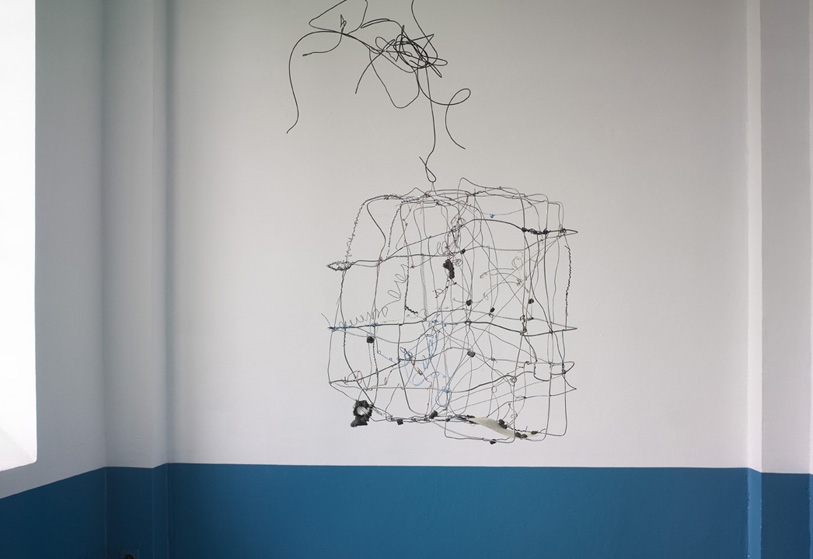 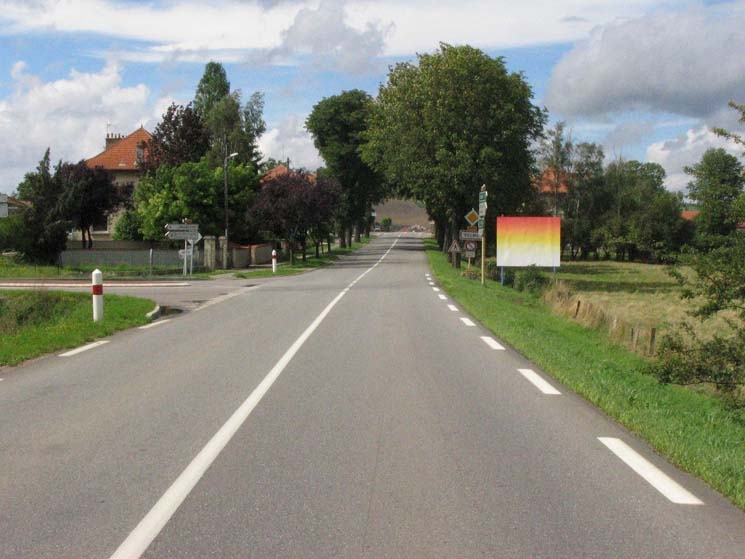 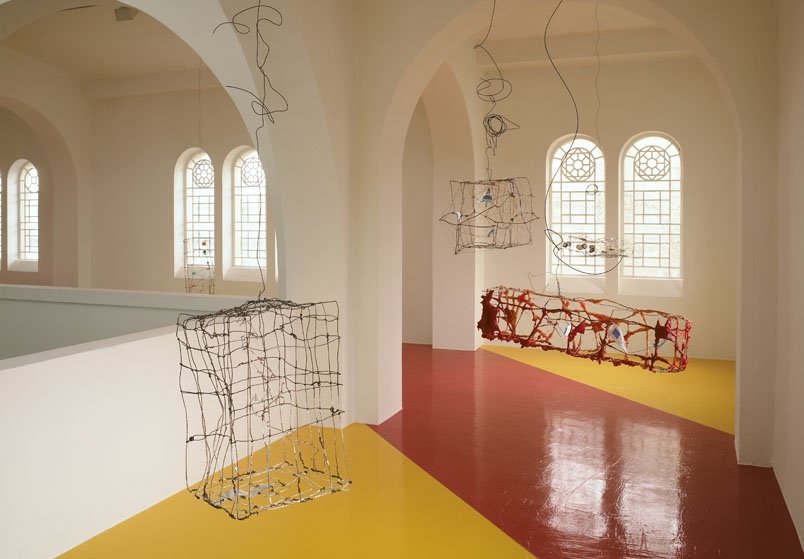 This American artist, who lives and works in Pasadena, California, develops a body of work which involves numerous fields : installations, objects, graphics and design. These works blur the definitions of what belongs to art and the applied arts, what is possibly heir to abstract art and folk art, and what stems from "high" and "low" art and culture.

All the works share a similar fascination with iridescent colours, sensual materials and aerial forms, sometimes veering towards popular imagery and an intentionally dreamlike world. Pae White thus reuses the most commonplace of objects, spaces and media in a sophisticated surrealist way, this surrealism being the readable heir to the values of painting and sculpture, but whose final form may turn out to be at once complex and powerfully ornamental.

These works signally resist any didactic decipherment: in the lightness of their fantasy and in their almost hallucinatory capacities, they invite the viewer to revery and imagination, and in the end call on our own capacity to interpret things.

As Alex Farquharson notes in his essay*, "Pae White belongs to a generation of international artists who have revived issues of site and context that have remained largely unexplored since the mid 1970s".

Her works thus crop up in places that are at times peripheral to exhibition venues : the window of the Buchholz Galley bookstore in Cologne, and the educational area of a museum, and will even be scattered in the pages of a magazine (Frieze, Make : Women's art magazine), or in the invitations and catalogues of other artists (Jorge Pardo, Tobias Rehberger). When it is a matter of occupying the exhibition space, Pae White deliberately does not aim at formal neutrality; on the other hand, it would seem that power of seduction and free inspiration in a so-called popular aesthetics tend to reoccupy a place left vacant between art and life, and that freedom with regard to the place occupied renders the usual separation between the space allotted to art and to other uses even more obsolete.