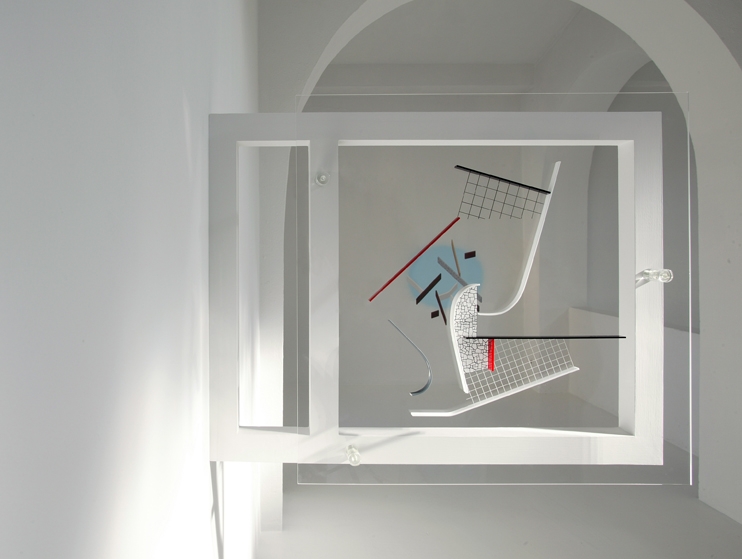 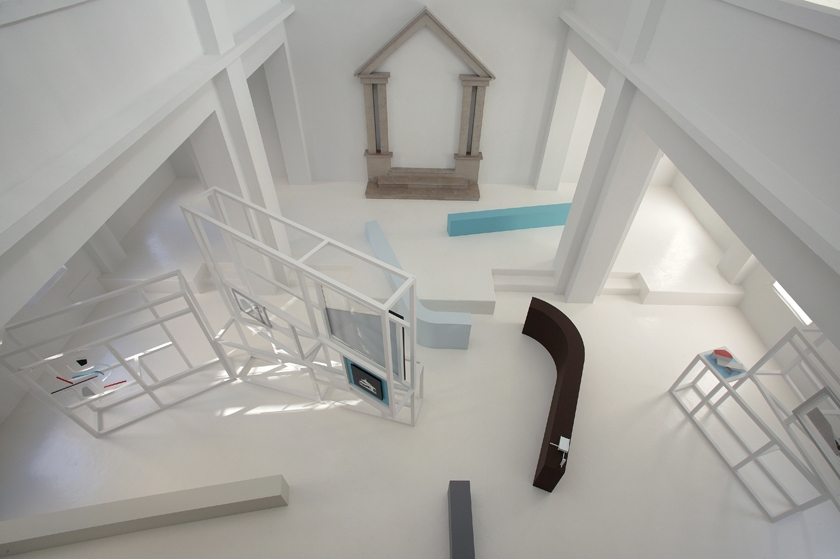 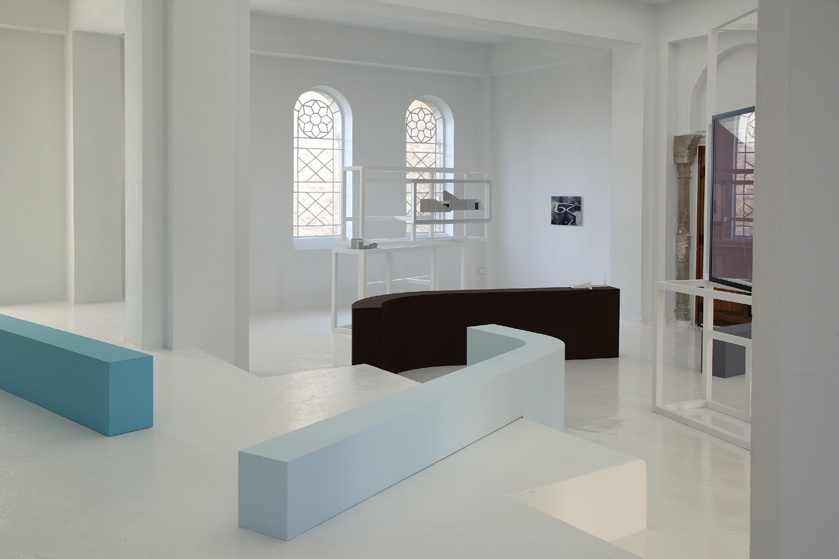 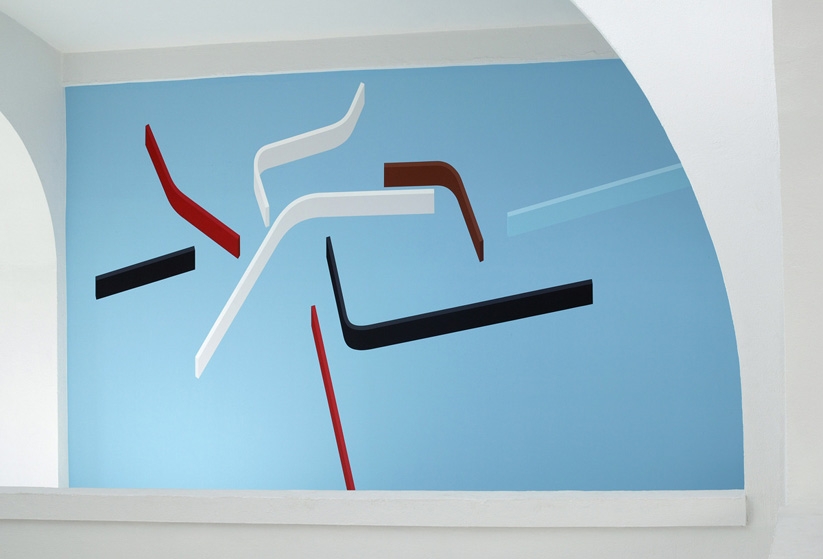 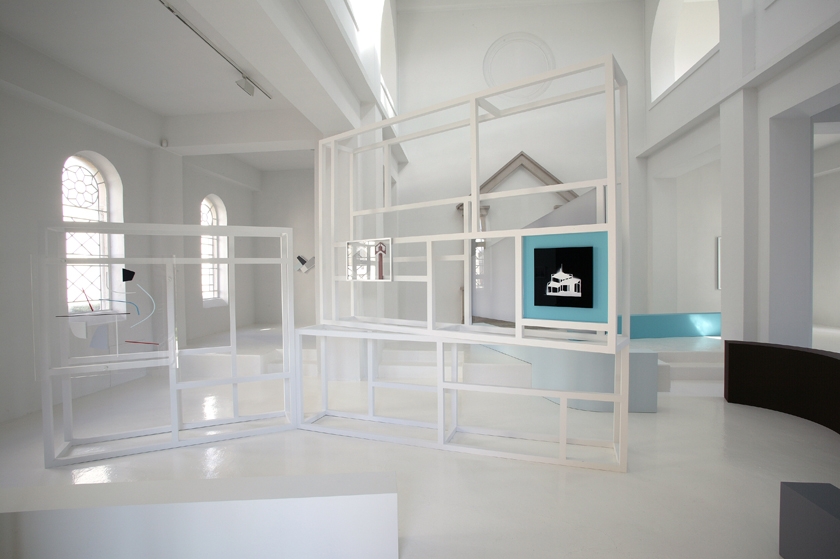 From Saturday 1 October to Sunday 12 February 2006

It is the Synagogue de Delme contemporary art centre's pleasure to invite Toby Paterson for an exhibition to be held from 31 September 2005 to 12 February 2006. This young artist has come to attention notably for his wall paintings and three dimensional modules re-enacting a vocabulary directly influenced by modernist architecture. Toby Paterson started out on the Glasgow art scene, won Beck's Future Prize in 2002, and has been on show across the UK (Tate St Ives, at London's Barbican art gallery and at the upcoming British Art Show), as well as in other European countries.

Toby Paterson says his practice is informed both by skateboarding and by various styles of modern architecture used for postwar reconstruction work. His works seek to offer a singular approach to this type of architecture, an approach that has to do with documents and images, but also with physical experience, volume and scale. A considerable importance is given to drawing and abstraction. Presented in frame/shelf structures, sculptural modules work like samples of common modern art motifs taken from architecture. The wall paintings, often borrowing their colours from Le Corbusier's palette, depict these modules more or less directly, with the play of coming and going between two-dimensional drawing and volume effects. While the context of the exhibition has a bearing on how each project is formulated, Toby Paterson's are nonetheless not site-specific works, even though attention is always paid to traffic flows, the dynamics of the place and the scale of the different elements.

A meticulous study of the components making up certain buildings often comes before the artist formulates a new project, as if to feed it with new motifs. This was the case with the project devised for the Synagogue de Delme, where Toby Paterson has chosen to question elements common to modernist religious architecture. Paterson's idea is not to document, but to do a free rewrite of a major part of our 20th century heritage, namely modernism. While the moderns' project left an indelible stamp on the century, the way it can be read still wavers between bygone ideals, tolerance of certain things that have been handed down, and a feeling of something not quite finished or incomprehensible.

Paterson takes up these motifs, but the way he goes about recreating forms is like freedom regained. The still bright colours, the sense of detail, the separation of motifs and structures, their dislocation or presentation on shelves, the never-ending play of interferences between the physical presence of modules, inviting both direct experience and images of them calling upon memory, are some of the elements that lend this work its singular complexity and richness.