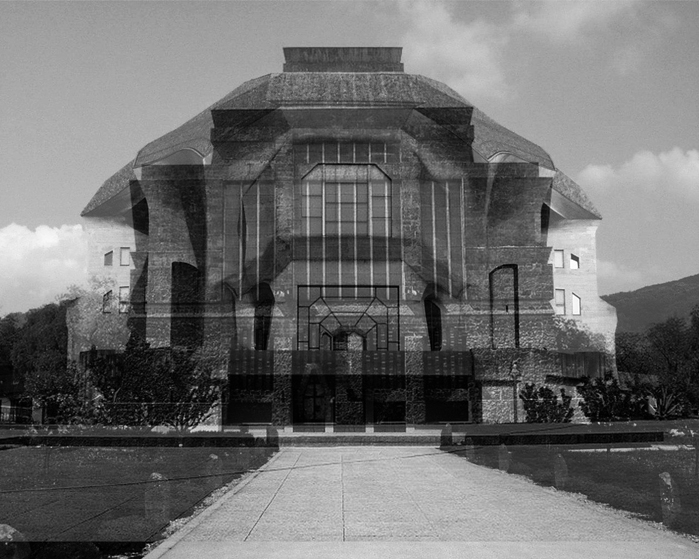 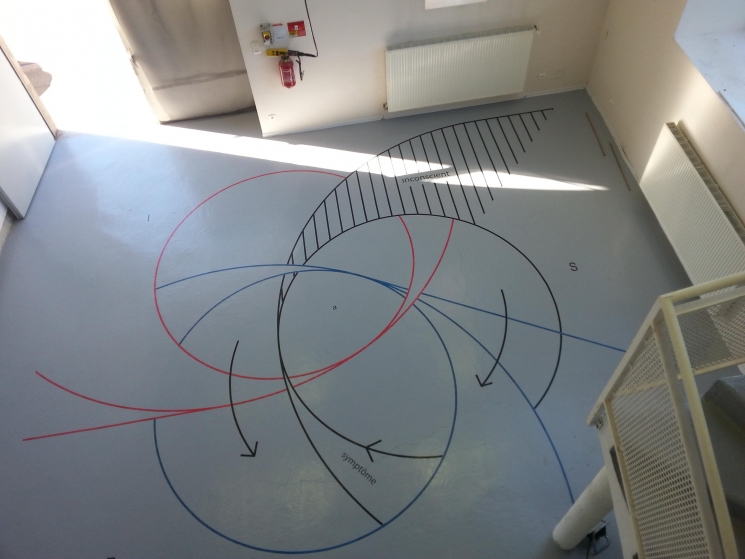 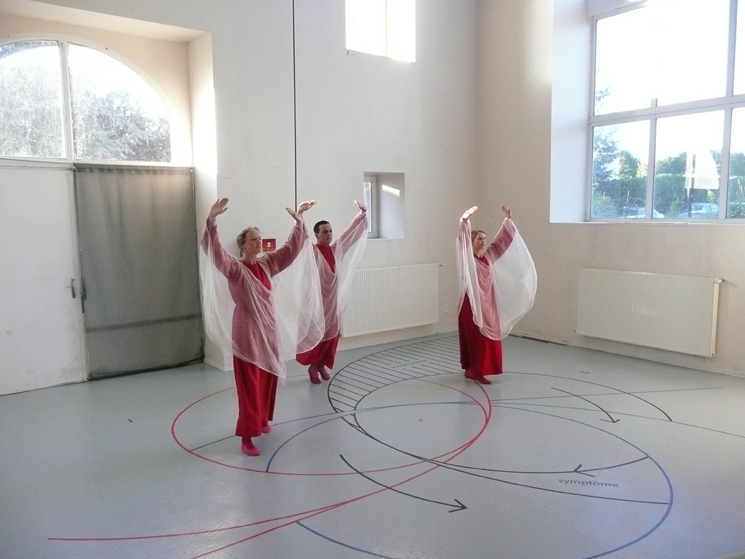 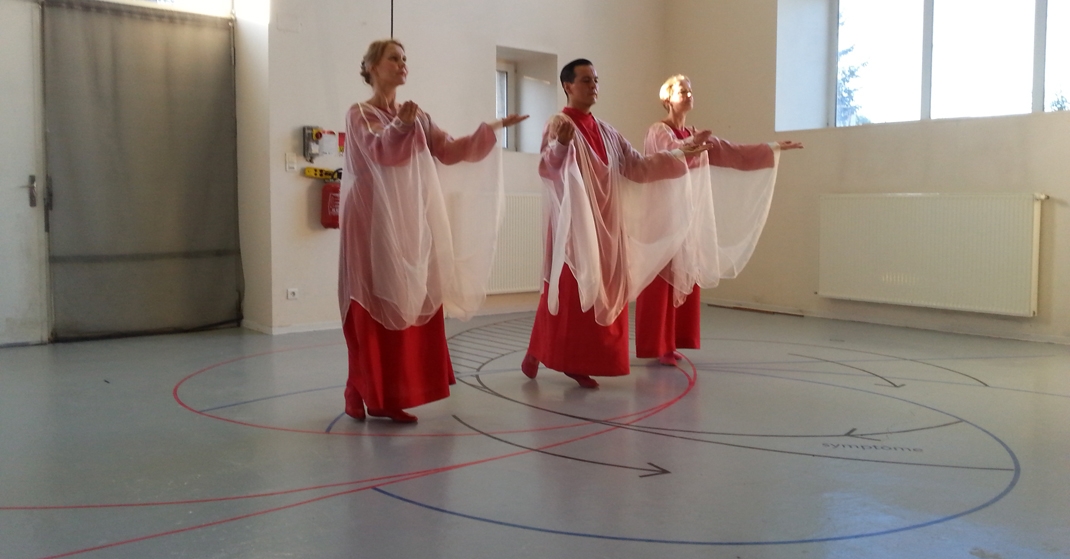 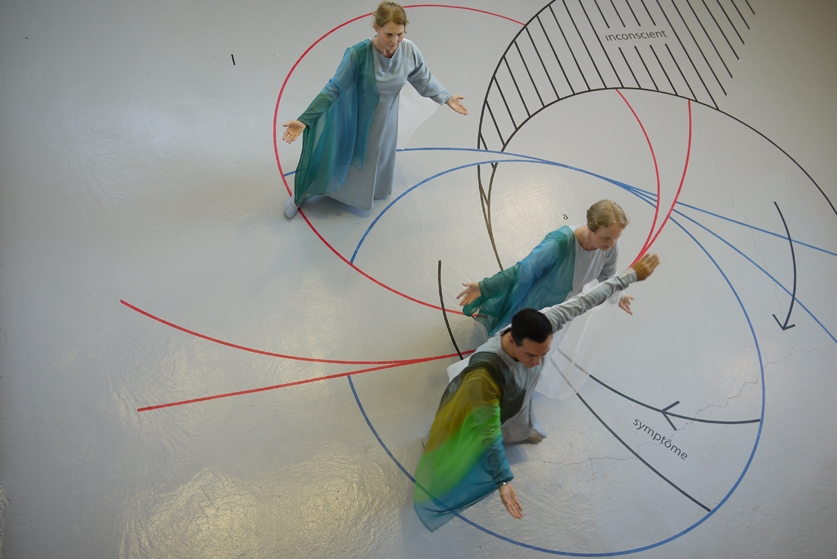 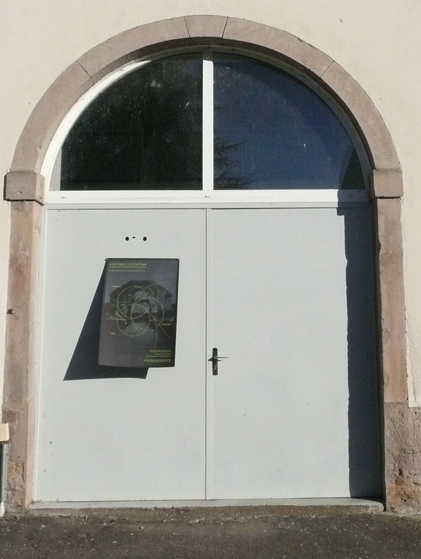 Open studio in Lindre-Basse, poster produced to announce the event, 2013. 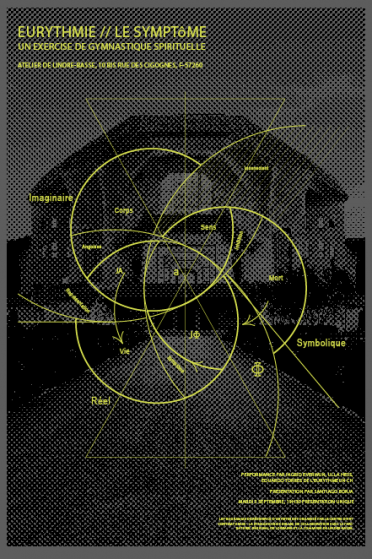 Silkscreen produced for the performance during the open studio event in LIndre-Basse, 2013. 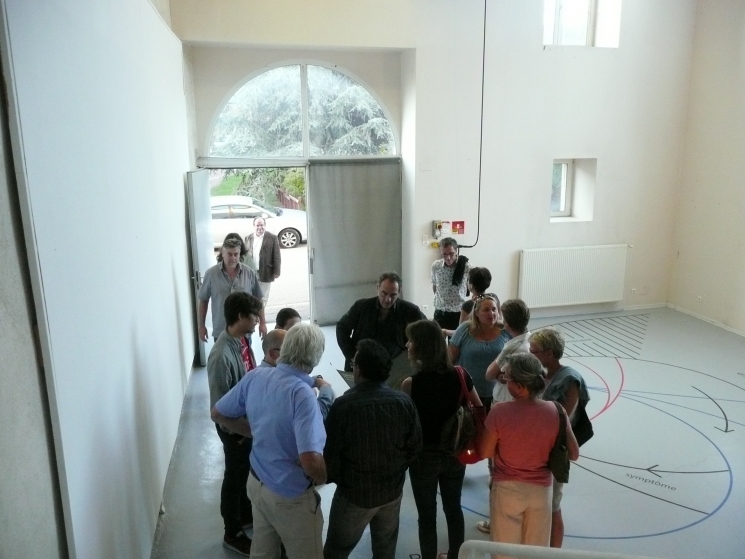 From Wednesday 10 July to Wednesday 4 September 2013

Santiago Borja's work revisits some of the icons of Western modernism as it attempts to reveal their magical and spiritual element, which is often repressed since it is perceived as an uncontrollable force, even as a pathology that needs to be cured. Santiago Borja seizes upon various objects: Le Corbusier's Villa Savoye, Freud's couch, Sol Lewitt's minimalist motifs and even surrealist André Breton's collection of objects... Every time, these places, objects and figures that haunt 20th-century art and culture are juxtaposed with other structures, other ways of thinking, other ancient skills from non-Western cultures.

When Santiago Borja gets an indigenous population from south Mexico City to build a structure out of wood and leaves across from a house designed by Le Corbusier near Paris, or when he gets Wixariki women to weave a rug to replace the Persian rug adorning Freud's famous couch, he is not trying to place cultures back-to-back, he is getting them to contaminate each other, in order to re-inject meaning into both sides and help them escape the status of empty icons, pure products of cultural consumption in a globalised world. Weaving, superimposition, translation and displacement lie at the heart of Santiago Borja's work.

In the context of his residency in Lindre-Basse, he is researching what he calls "esoteric architecture", which is undergoing a renaissance in some rural areas. The return to nature and the desire for communion with "primordial forces" are phenomena that are very characteristic of this architecture in Europe, and this is something the artist is eager to study.In particular, he has made use of an emblematic work of architecture by Rudolf Steiner: the Goetheanum, the current headquarters of the General Anthroposophical Society, built in the 1920s in Dornach near Basel. He superimposes this typical example of organic architecture over the Anahuacalli, a museum designed by muralist Diego Rivera in Mexico City in the 1950s, housing works of pre-Hispanic art. Bringing together these two theoretically distant cities is more than disturbing and reflects that survival of forms which Santiago Borja enjoys unfolding in his work.

For the open studio event, he is offering the public a chance to attend a eurythmy session - a spoken, spiritual dance invented by anthroposophists...To what extent can every form, and even the smallest gesture, have spiritual roots? This is one of the questions he will be encouraging us to consider together during this event.