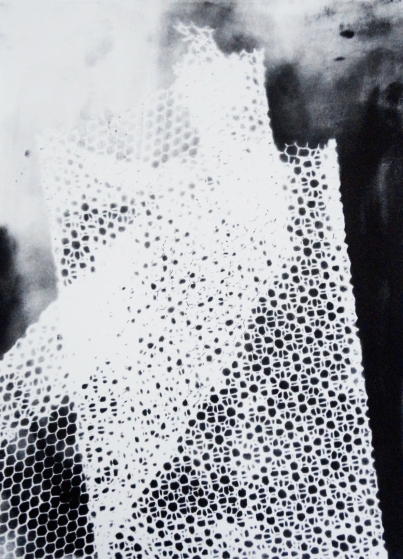 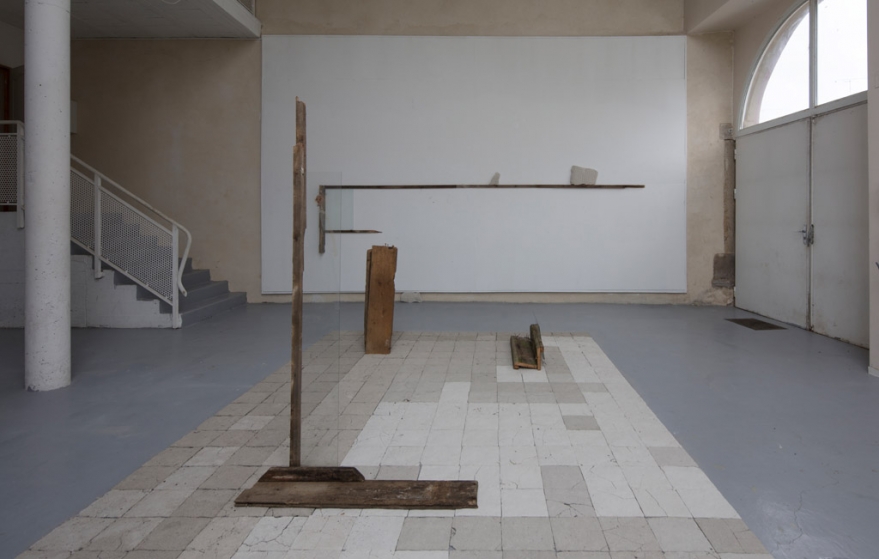 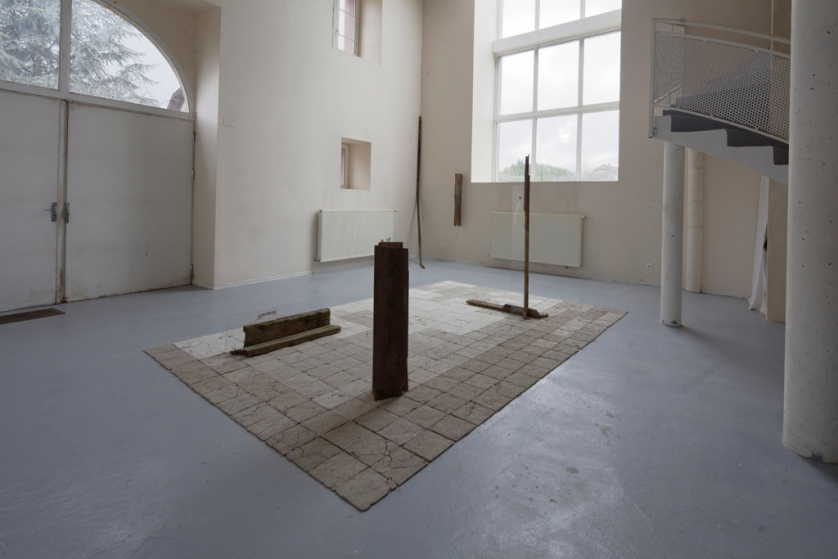 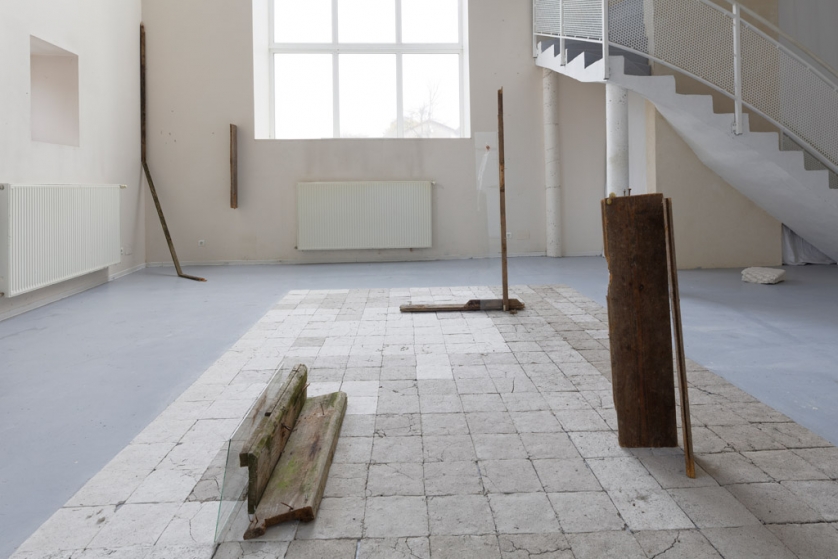 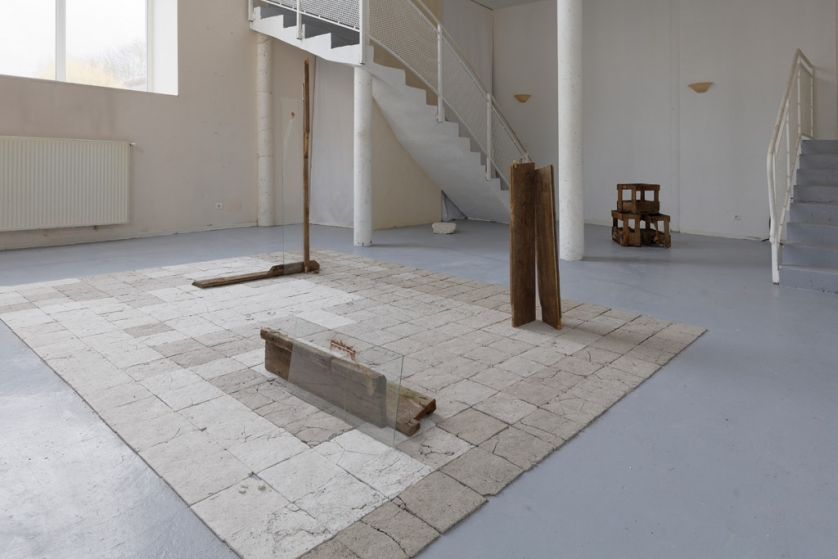 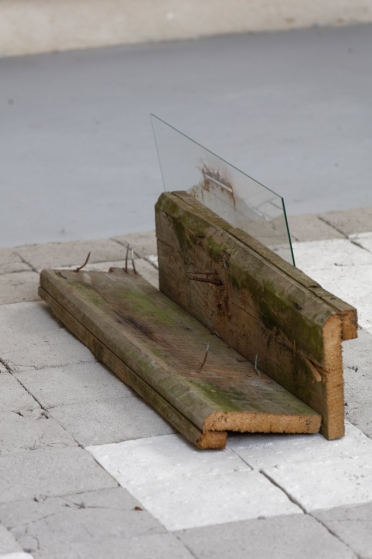 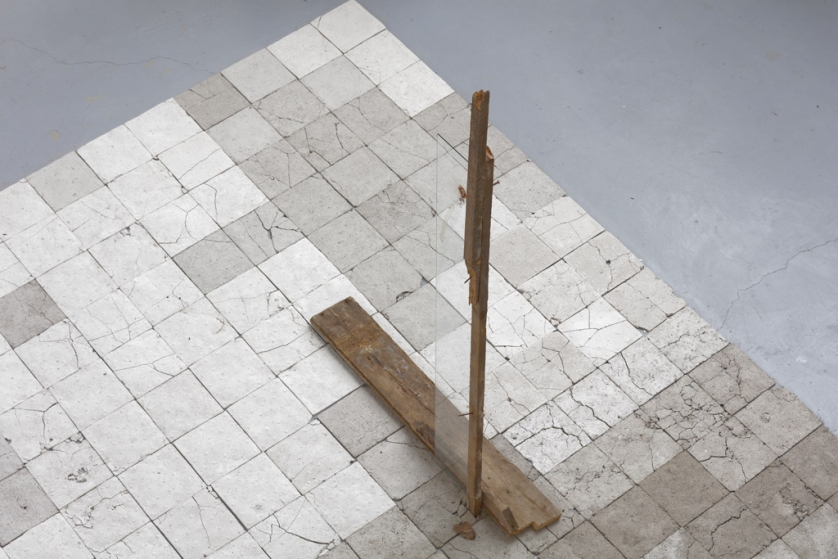 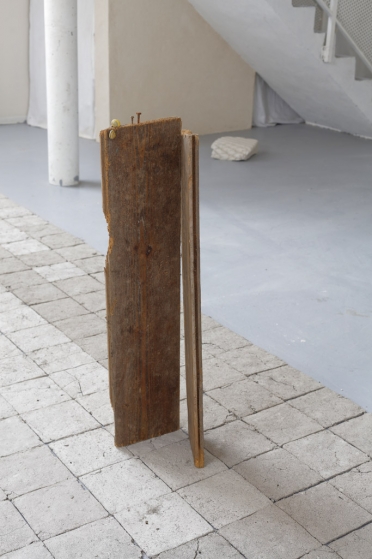 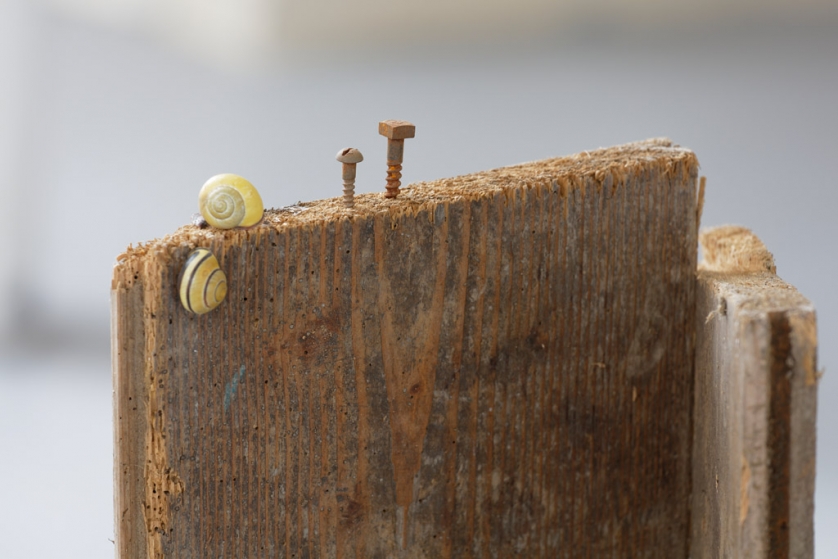 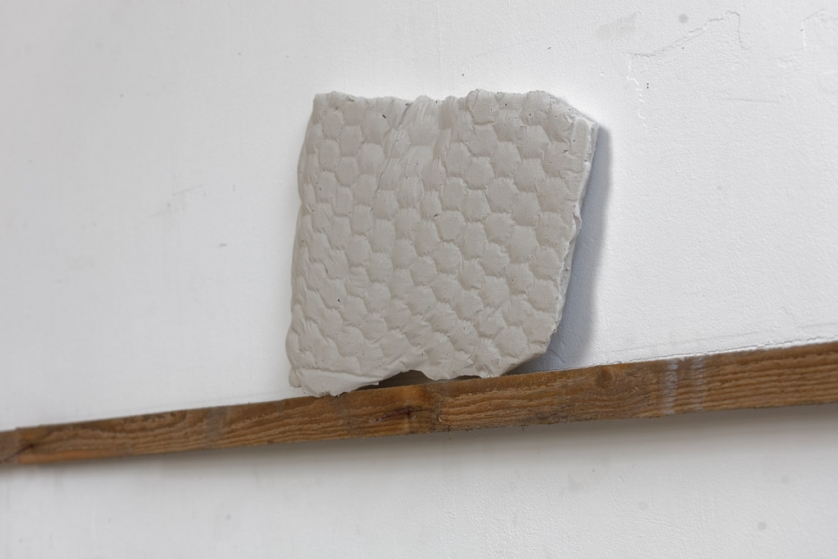 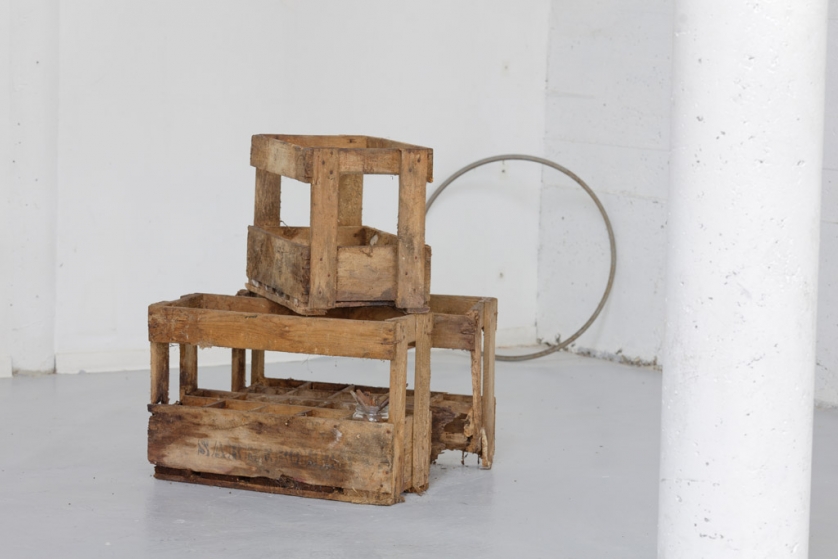 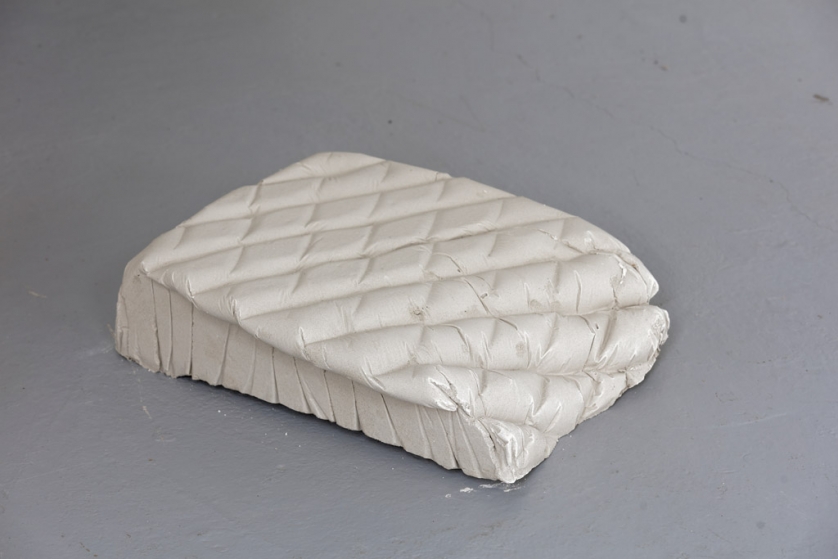 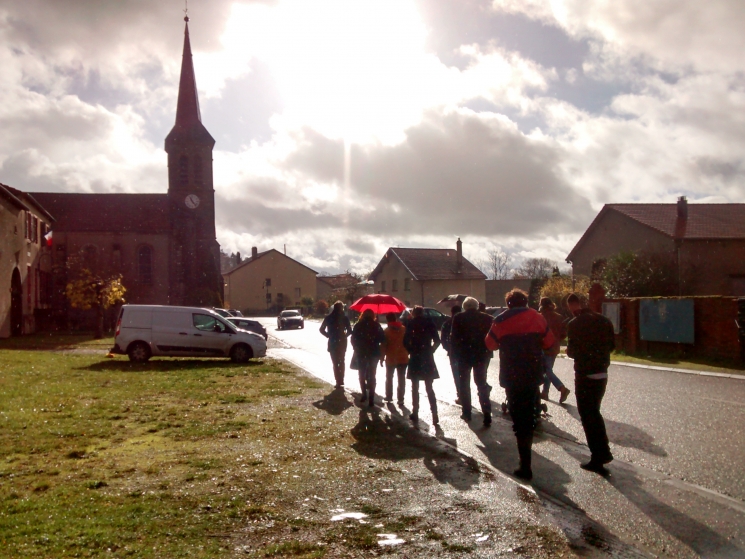 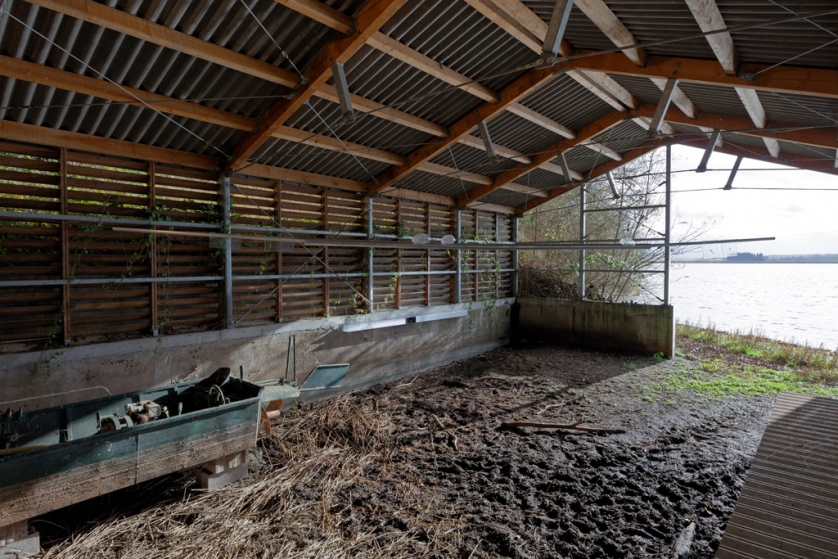 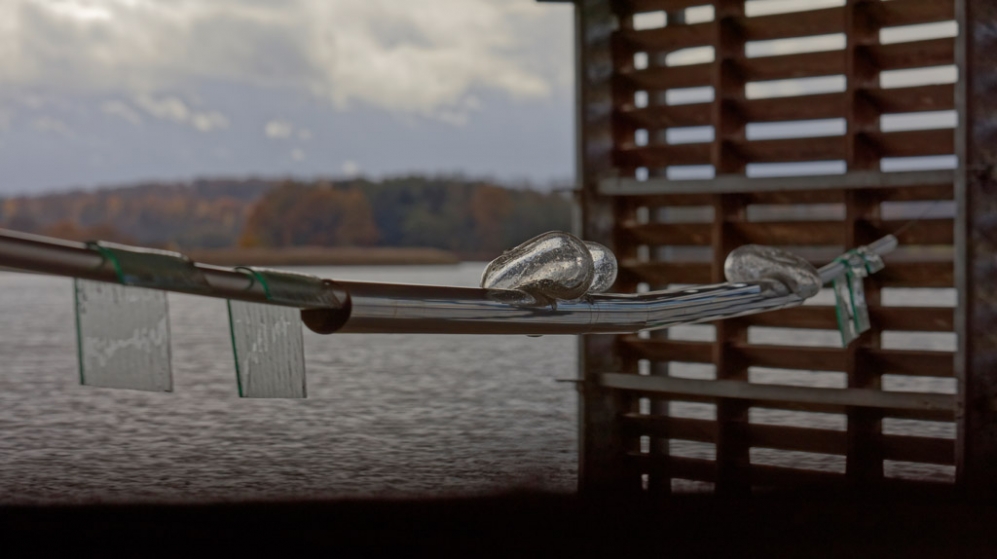 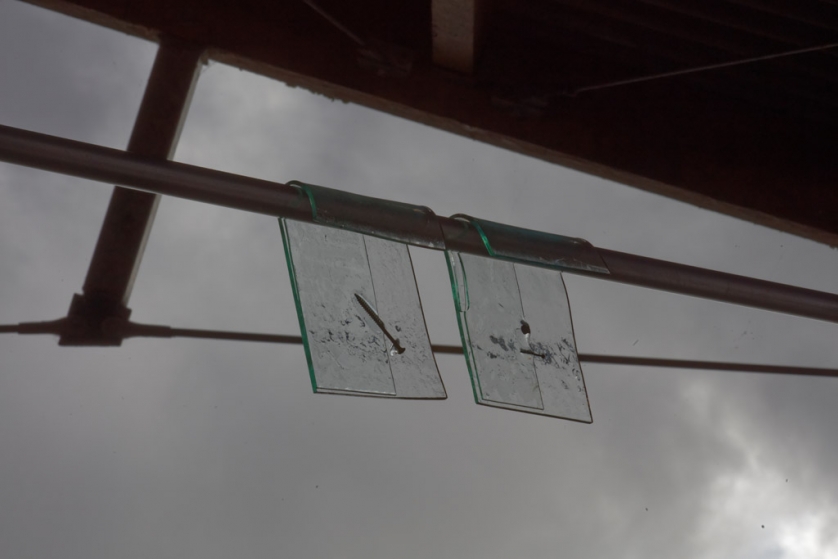 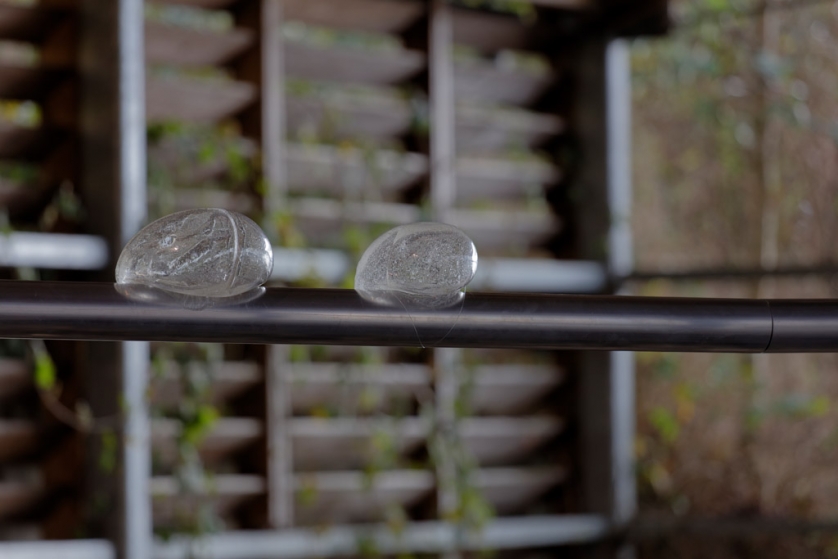 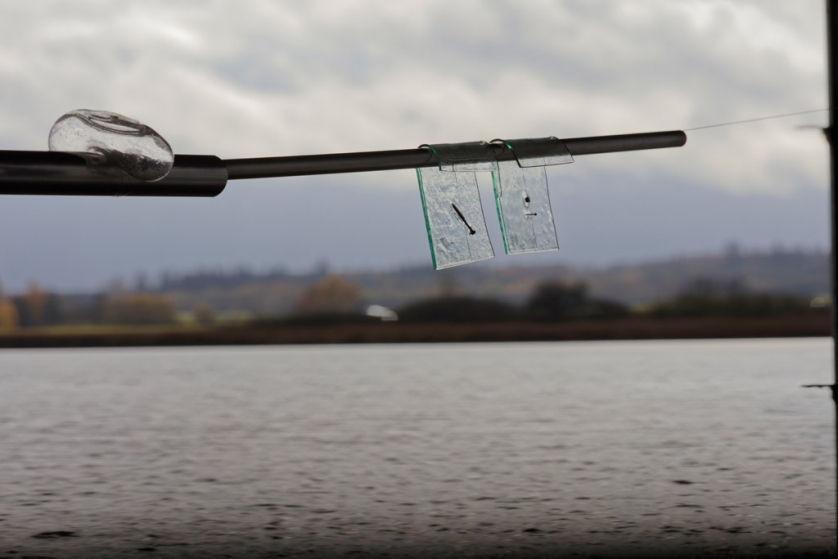 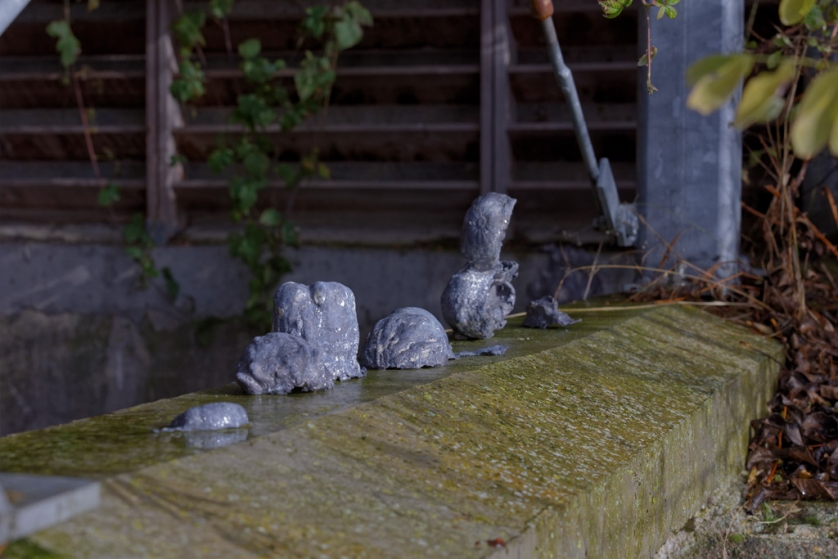 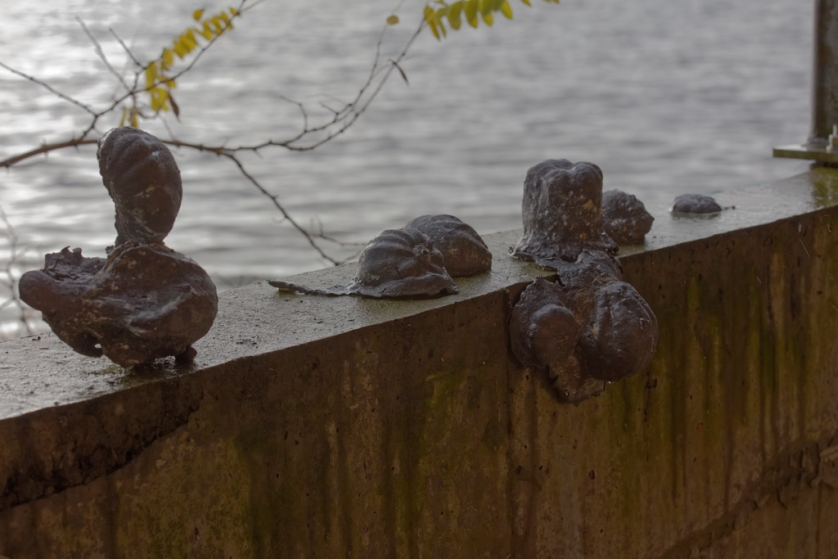 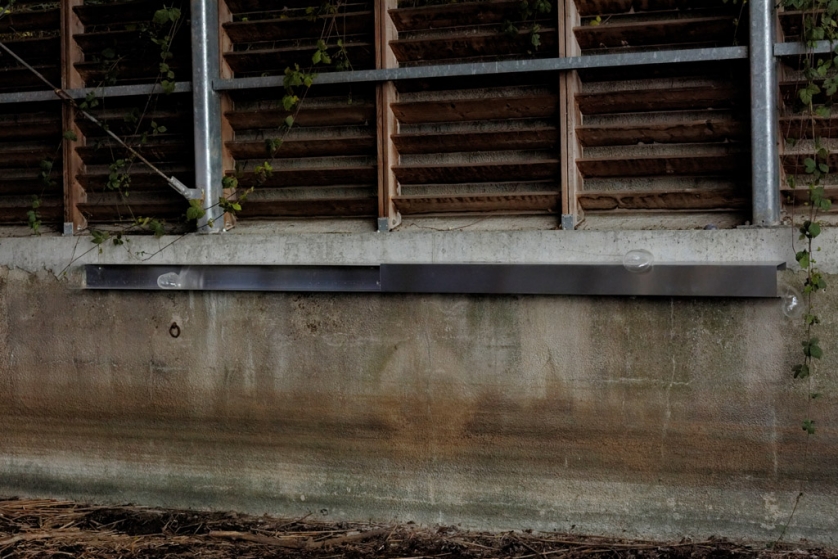 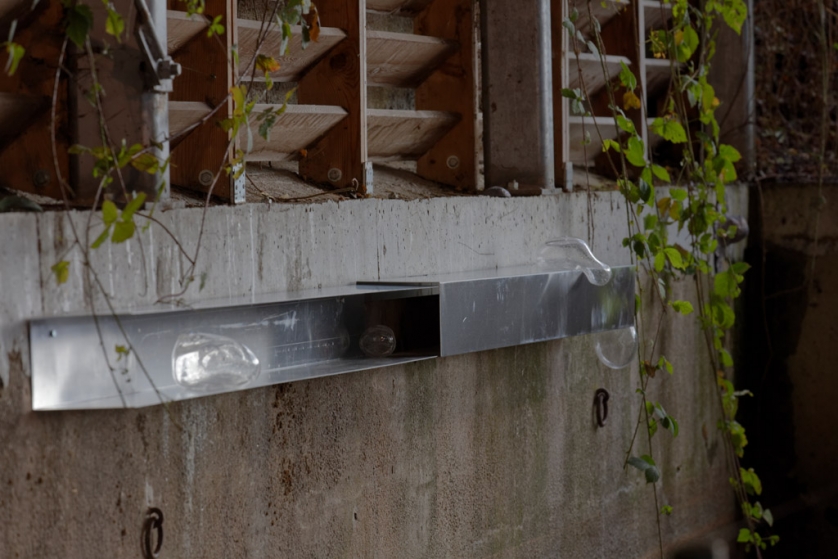 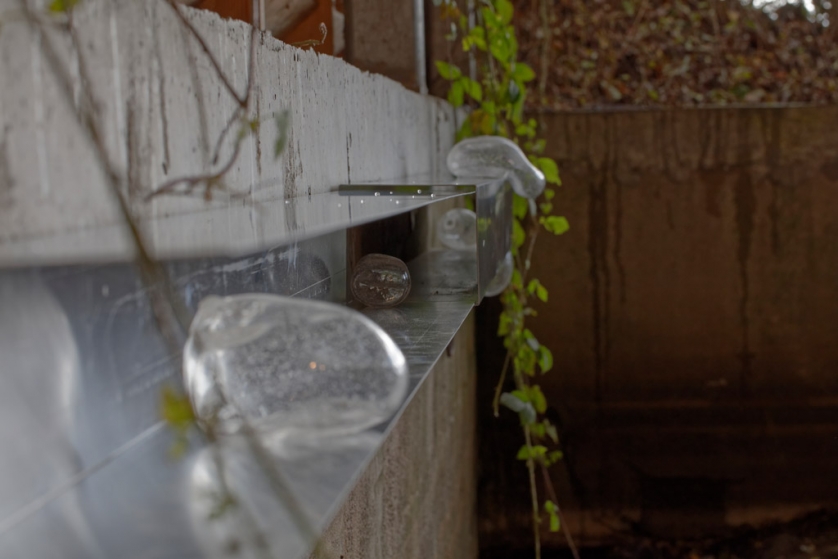 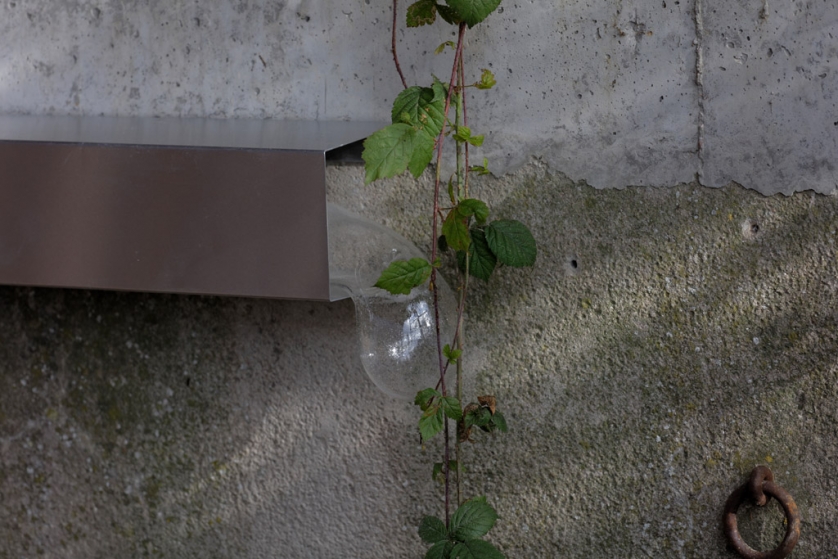 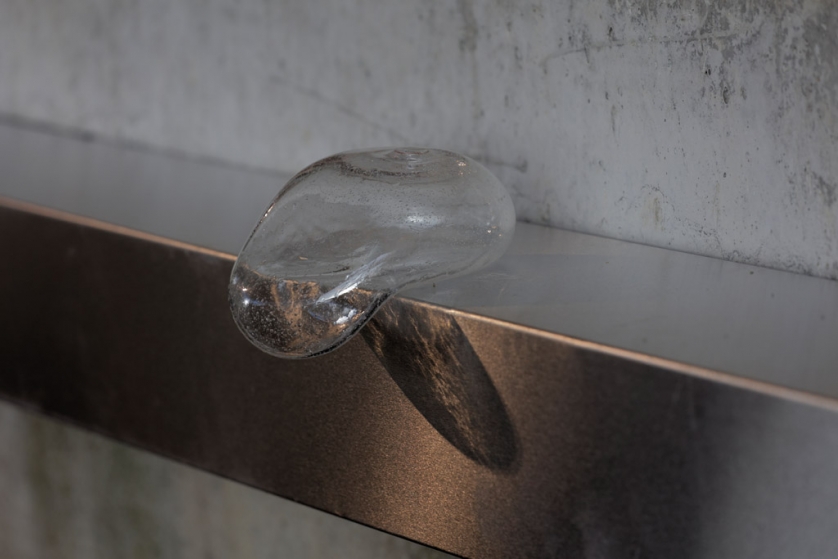 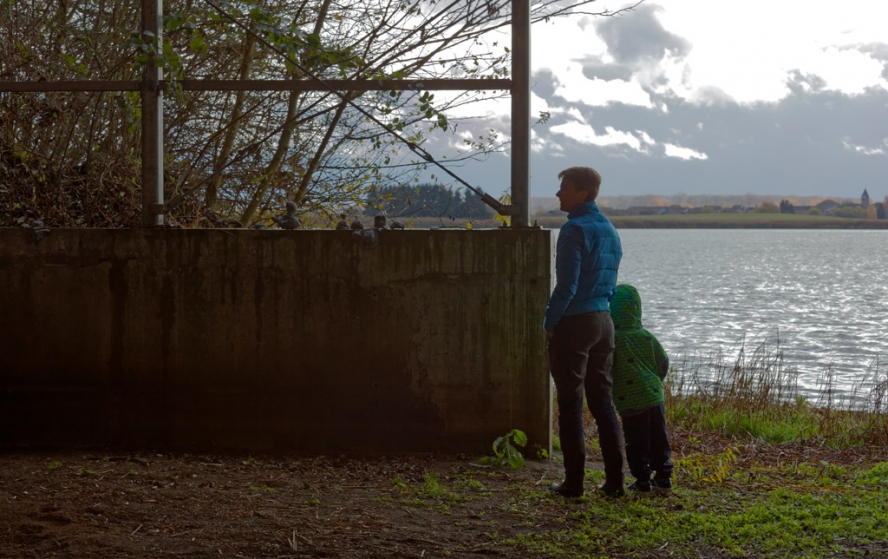 Xare Alvarez and Karlos Martinez’s residency in Lindre-Basse is part of a programme of exchanges between the Synagogue de Delme contemporary art centre and the Tabakalera International Centre for Contemporary Culture in Donostia / San Sebastián, in the Southern Basque Country. Added to this residency exchange principle is the unique collaboration between the two guest artists. Although they both work with the action of time and weather and they both engage in process experimentation, what they share above all is an interest in memory signs, which they find in the environments they cross. The Lorraine Regional Natural Park inspired them to create a specific project entitled “Guéoir”, which they describe as: “a kind of inventory of fragments of culture from past centuries, infused with architectural, political, economic, social, cultural and ideological meaning.”

The term guéoir (derived from “guérir”, a French verb meaning “to heal/cure”), designates a stone reservoir located near a water inlet, originally used for cleaning horses’ hooves after work in the fields. Several can still be seen in Lorraine. These manmade guéoirs gradually lost their purpose and were transformed by the passing of time. The presence of these artefacts inspires questions about the intrinsic relationship between architectonic language and contexts of culture and heritage, but also leaves the possibility of imagining interpretations other than those which ignore their historic function.

In the manner of an archaeological study, the artist duo went in search of traces that testify to the territory’s gradual transformations. Based on their “action-experience”, Xare Alvarez and Karlos Martinez created a series of sculptures mixing found objects with objects made out of local materials or through artisan techniques like glassblowing. For the open studio event, the whole takes the form of two installations exhibited in two distinct spaces. On the one hand, the residence-studio assembles sculptures made of found, collected or moulded objects. On the other hand, a pier facing the Domaine de Lindre-Basse assembles sculptures that become part of the surrounding landscape. The relationship between these two sites—which the artists offer us a chance to discover during a morning walk that takes advantage of the daylight—presents a principle of inversion, a return trip between the inside and outside, the visible and invisible, the natural and cultural. Questioning these relations of causality, the artists analyse the individual operation of objects and the narratives they summon when connected to one another. Out of what already exists, Xare Alvarez and Karlos Martinez produce new sculptures and reveal the symbolic power of forms that imperceptibly influence our points of view and ways of looking at the world. The objects come to life in order to become “story catalysts” with infinite narrative potential.

The artist residency programme is organised by the Synagogue de Delme contemporary art centre in collaboration with the Lorraine Regional Natural Park and the Commune of Lindre-Basse. Xare Alvarez was born in 1990 in San Sebastián. She graduated from the University of the Basque Country in 2013. She also studied at the Ecole Nationale Supérieure des Beaux Arts in Paris in 2012. Her most recent project, entitled 15/32, was exhibited at KMK in San Sebastián, as part of the new artist programme in the province of Gipuzkoa (Basque Country), in the context of which her work received much attention.

Karlos Martinez was born in Durango in 1982 and studied design and graphic design in Vitoria, as well as history and geography. His work has recently been exhibited in Bilbao, San Sebastián, Lisbon, Leipzig, Barcelona, Madrid and Bregenz.