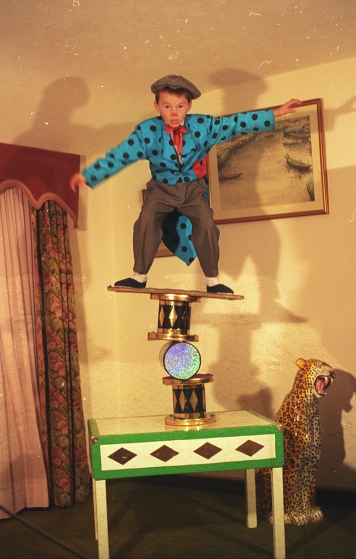 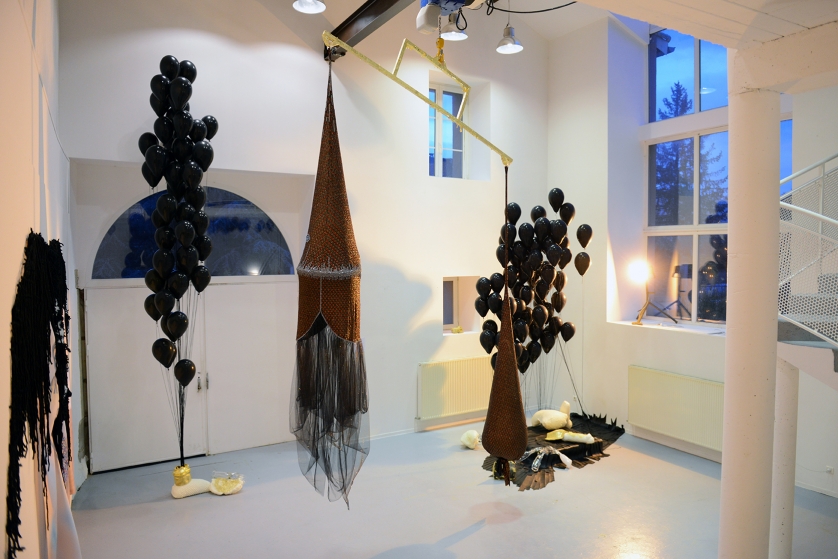 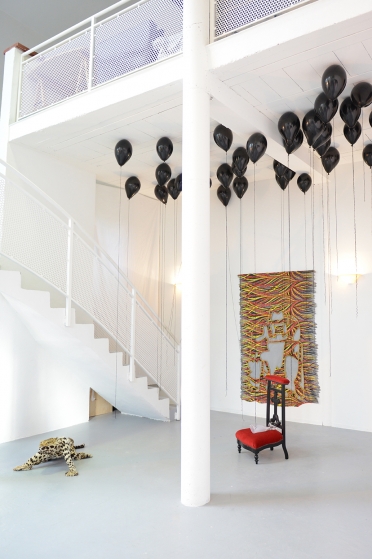 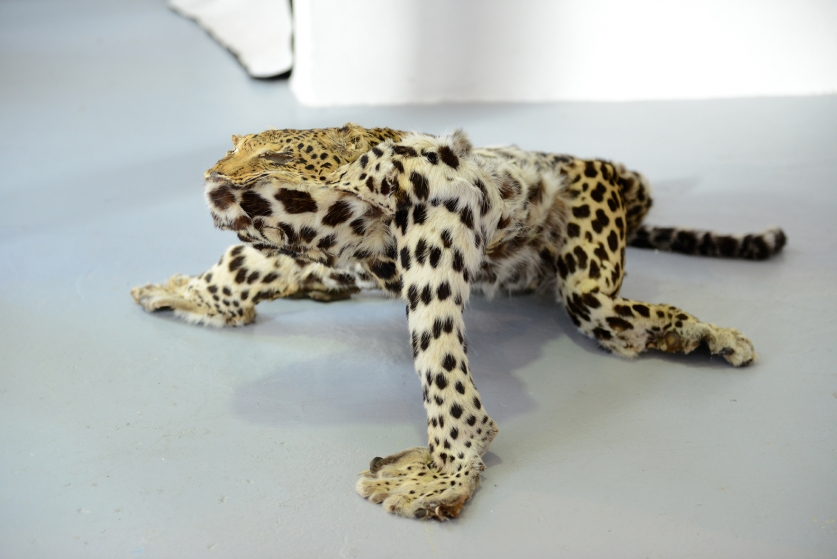 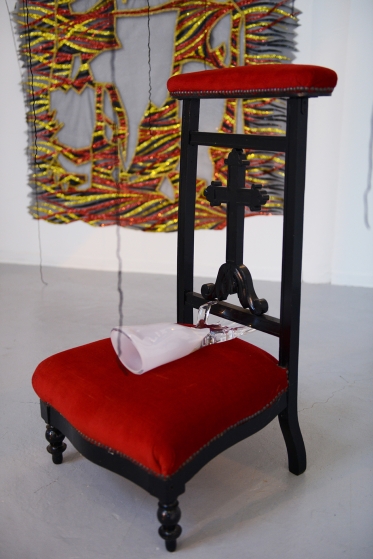 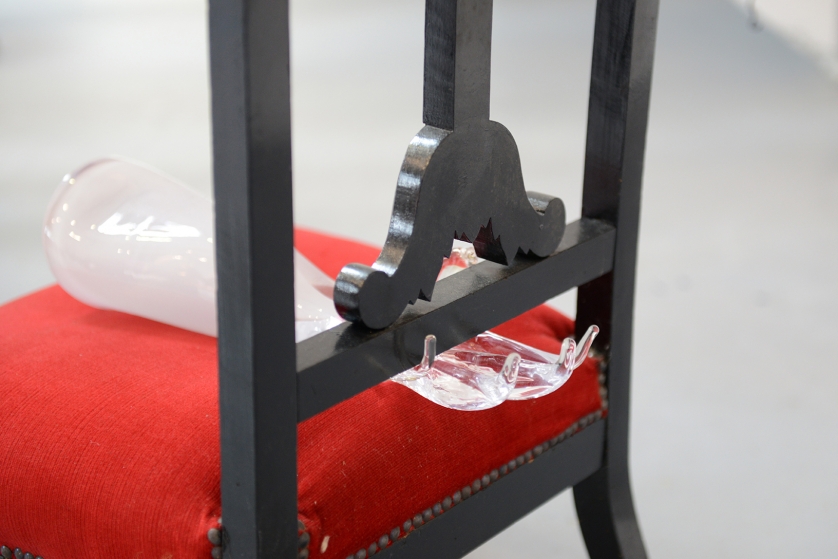 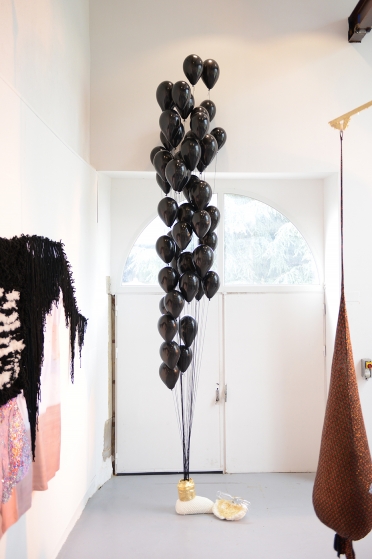 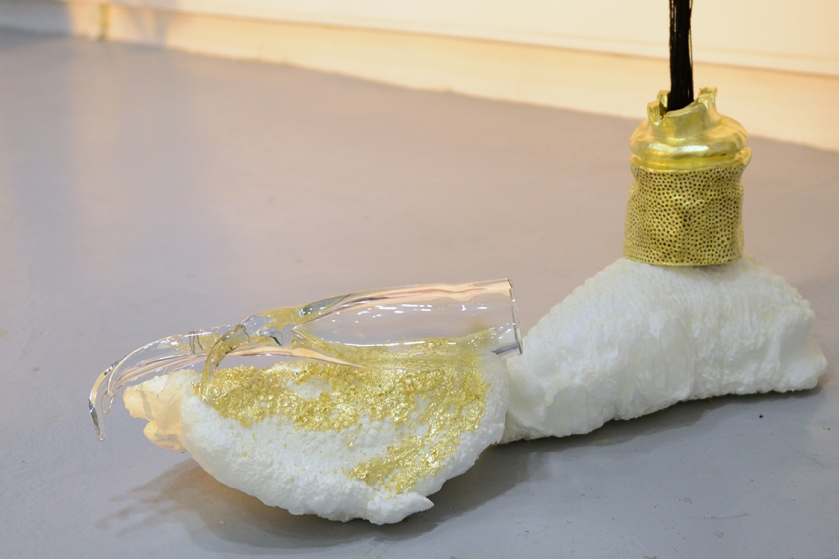 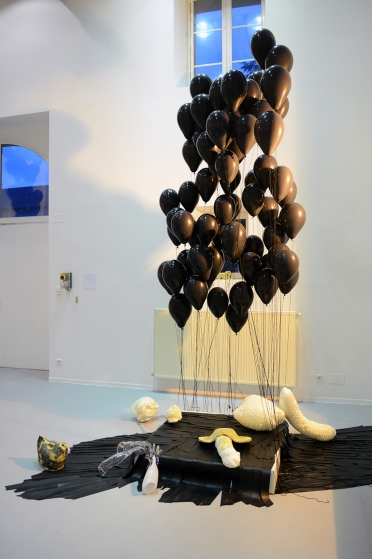 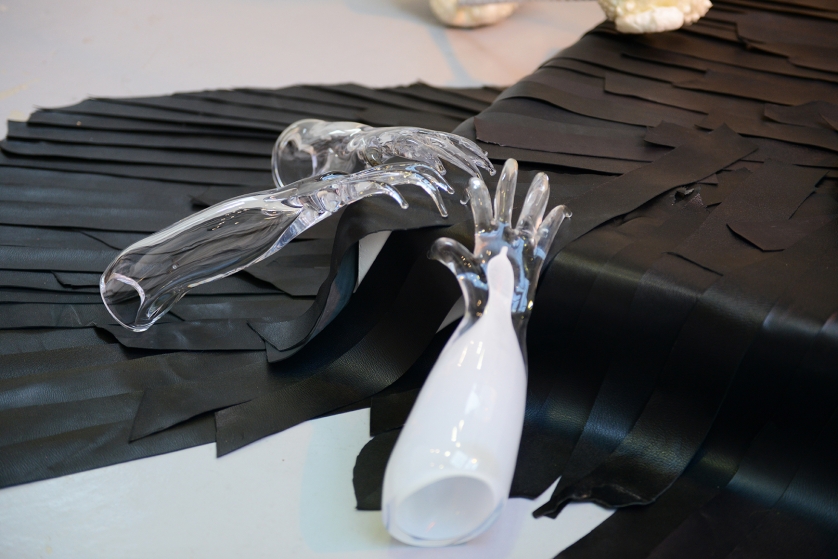 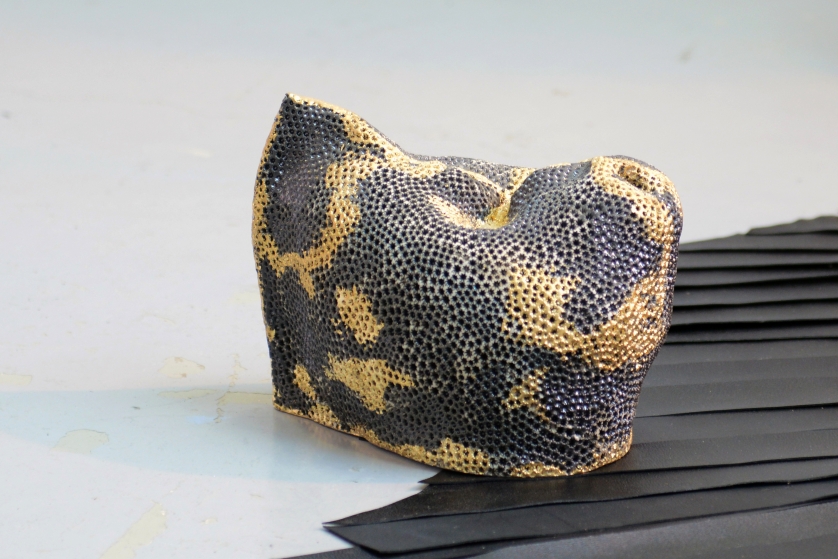 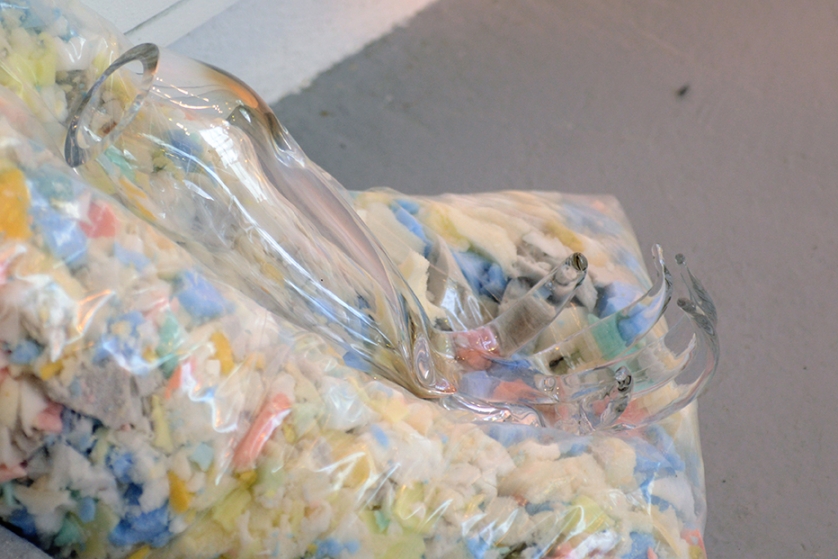 From the first works created at the beginning of the 2010s to his recent pieces, Romuald Dumas-Jandolo has been deploying a whole world of contrasts and ambivalences, which he is gradually establishing as a method: gloomy and flamboyant, grotesque and heroic, serious and light-hearted—he offers all of these faces at the same time. He distils this same metamorphic energy in his installations, drawings, films, and sculptures made of ceramic, burned wood or bronze. The heterogeneous whole gradually constructs the hallucinatory stage.

The stage is where Romuald Dumas-Jandolo comes from, having been born into a family circus that watched him grow up, and that he left abruptly to pursue a more sedentary, conventional life. Haunted by this amputated, fragmentary genealogy in which certain characters act as phantom limbs, Romuald Dumas-Jandolo moulds his biography and remodels identities by all possible means: kneaded, made-up, grimacing faces, masks, monsters, costumes…  The anxiety that shows up in some of his works is subverted by a kind of grimacing tragicomedy, in which laughter is the hidden face of either discomfort or desire—it all depends.

Many objects and installations evoke bodies infused with pressure and suffering, but also with a possible ecstasy. Romuald Dumas-Jandolo takes inspiration not just from the codes of religious dogmatism, but also from the most deviant paganism. Not afraid to transgress the norms of genres, good taste and propriety, he asserts total artistic freedom.

In the context of his residency in Lindre-Basse, Romuald Dumas-Jandolo exhumes past memories and attempts to reconstruct a tattered genealogy. From a VHS tape that documents a complete performance by the family circus, the artist constructs a voiceover narrative that enables him to recover possession of aesthetically outdated archive images, in which the affability of the acts only faintly conceals a boundless sadness, and sometimes even the dread of ridiculousness and of the exploitation of bodies, both human and animal.

Alongside this half-realistic, half-fictional document, Romuald Dumas-Jandolo presents new works made of wood, fabric, embroidery or leather, as well as a series of glass ex-voto, which are supposed to be offered to the benevolent divinity, for redemption from all pain.