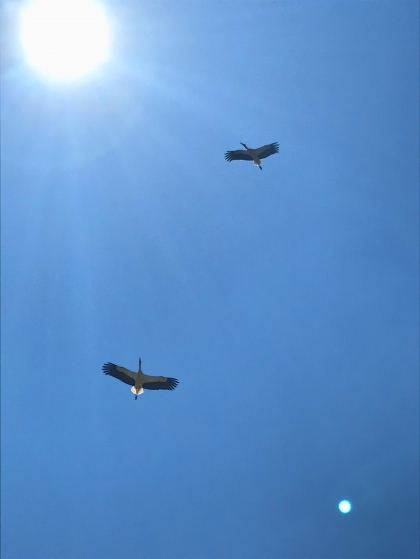 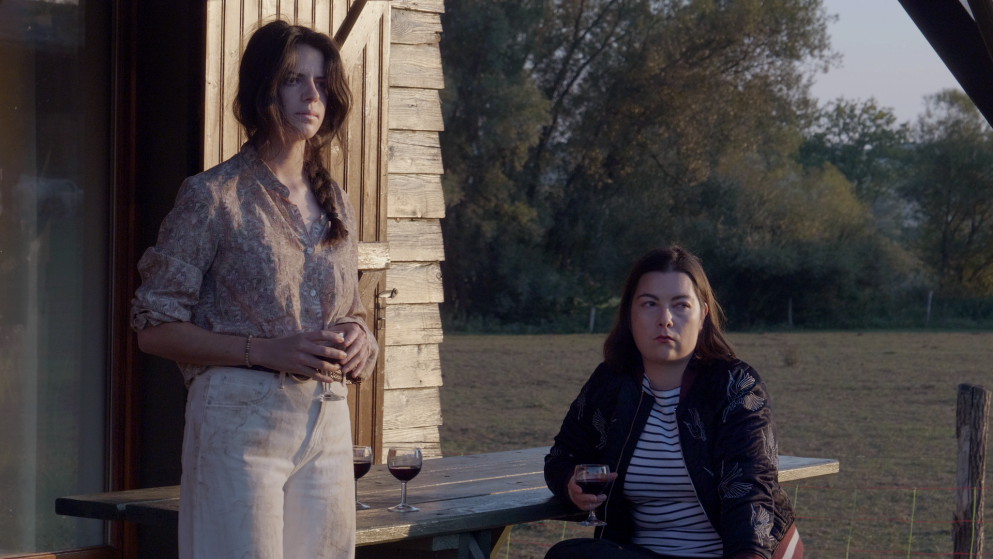 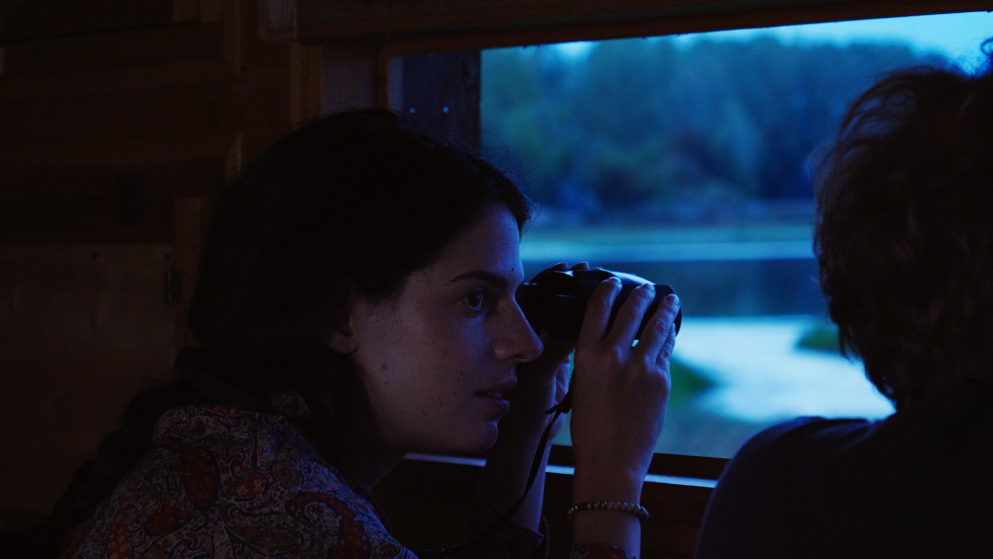 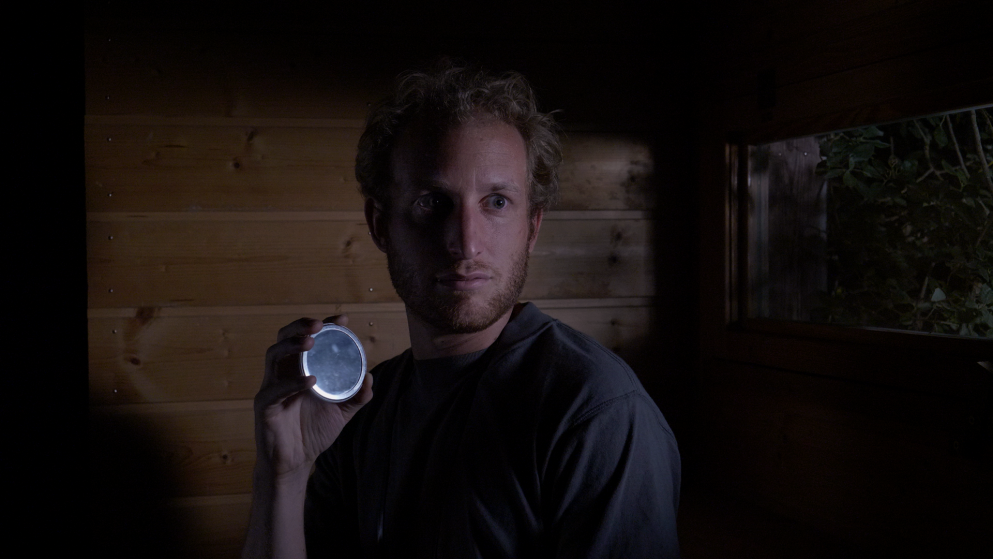 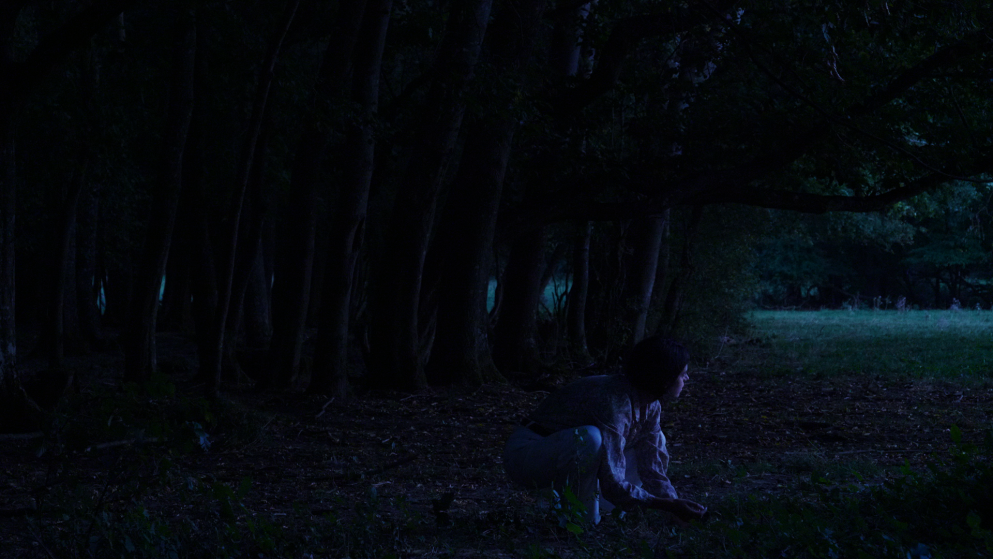 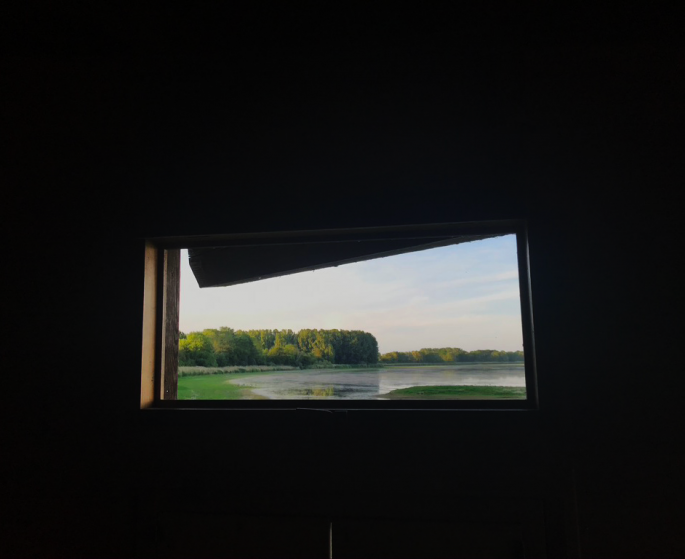 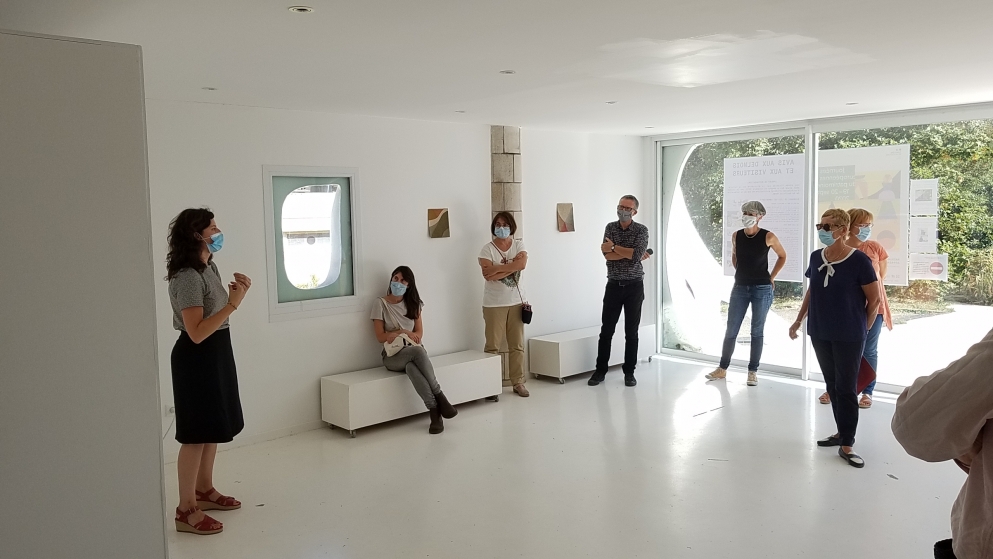 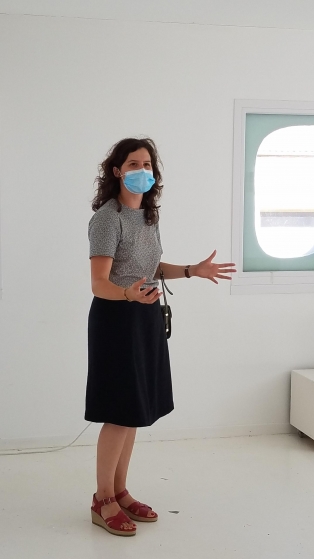 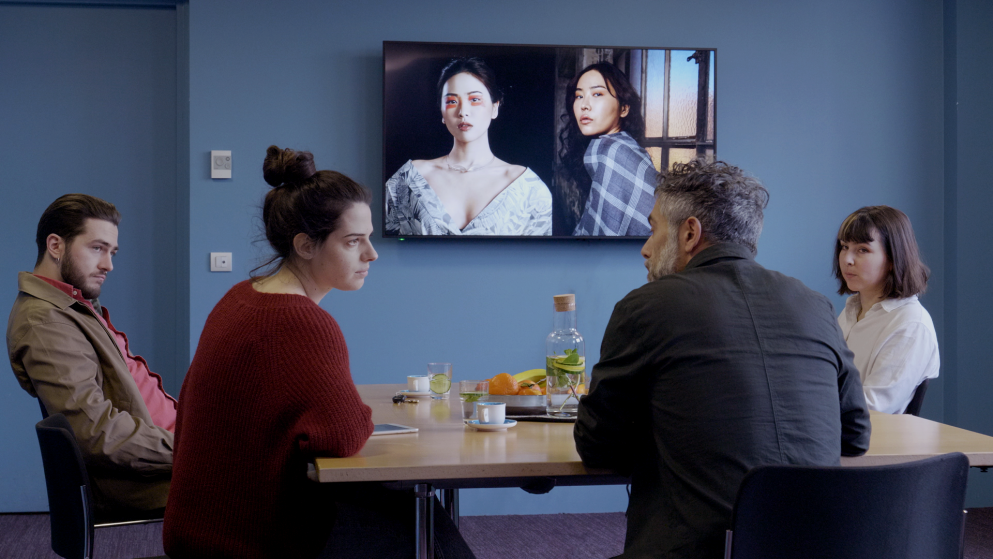 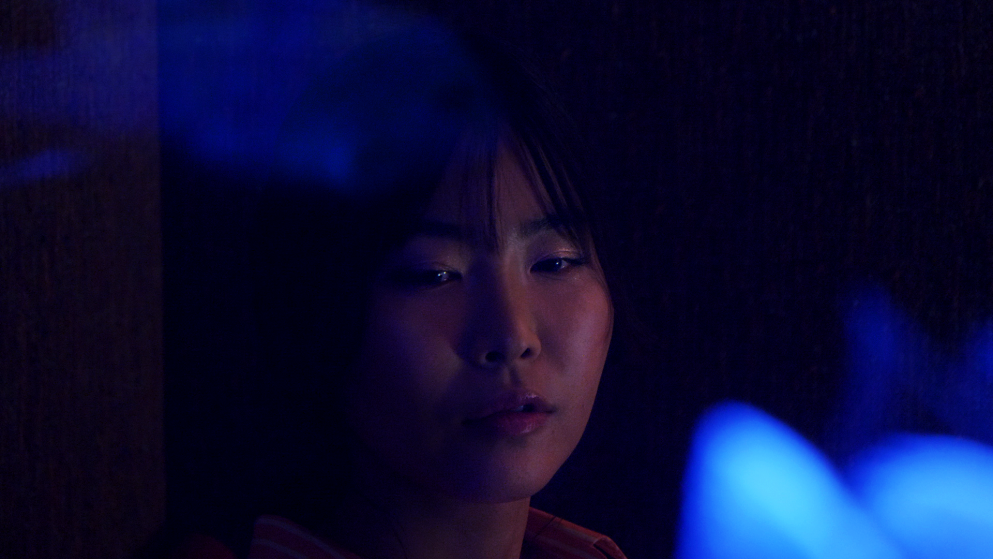 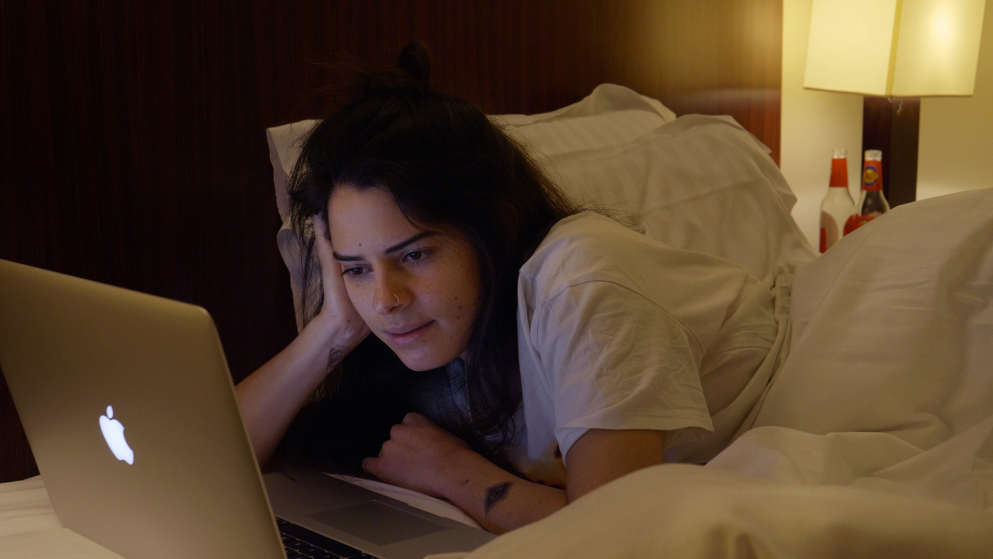 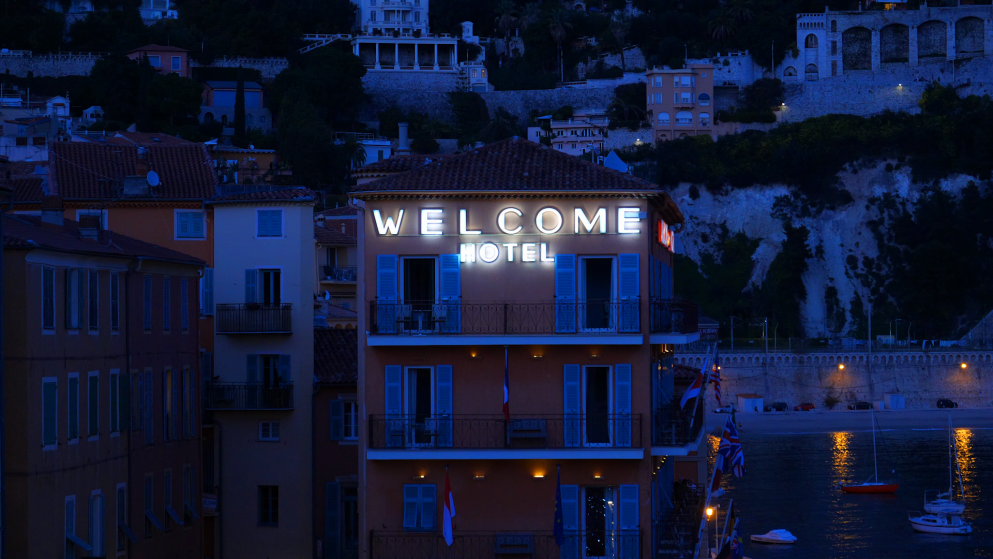 Valentine Franc’s artistic practice takes shape in the direction of intimist short films centring on slices of the lives of young, mostly female characters searching for a potential absolute, without our knowing exactly which one. Her style – which is often evanescent and very minimal in terms of dialogues,  actors’ bearing and sets design – recalls that of Eugène Green, Manoel de Oliveira or Marguerite Duras, while being just as much marked by the slowness of East Asian cinema. Though Valentine Franc attempts to penetrate the psychology of her characters, she maintains a distance between them, as well as between the characters and the viewer, thanks to relationships that are reserved but frank. Her creations present discontinuous stories that go beyond the film’s own temporality, leading us to predict a continuation somewhere, in a never-defined space-time. Also, her films resist a kind of facile entertainment, while occasionally drawing from what constitutes today’s neoliberal media culture: the luxurious but discreet environment of modern Switzerland, the initiatory journeys that Western youth makes to so-called “exotic” countries, the contemporary imagery of commercials and music videos or even K-pop...

The female heroine, though a central figure in her work, is not excessively in the spotlight: she remains a fragile, floating presence in her films. Valentine Franc also encourages the viewer to consider questions relating to individual and collective fantasies linked to women’s position in the history of cinema, the way feminist icons are constructed, and how this archetype still remains very present nowadays, though it has been subject to numerous revisions. She is consequently interested in the woman’s film genre, where the story centres on the world of one or several women, allowing them to be integrated into scripts that had mainly been reserved for male heroes up to the late 1920. Exploring that manna of heteronormative film archives, Valentine Franc is not seeking to establish an activist feminist cinema, but explores with curiosity the narrative construction of the gaze everyone was able to have of the female gender, leading to the normalisation we know.

In the context of her residency at Lindre-Basse, Valentine Franc is planning to write a script revolving around a fictional photograph – inspired by the universe of surrealist artists like Claude Cahun, Remedios Varo, Leonora Carrington, Dorothea Tanning or Leonor Fini – in search of inspiration in the atmosphere of the Lindre pond. Serving as a backdrop to this story will be the script for the American film A Stolen Life (1946), about twins (both played by the same actress), one somewhat tomboyish, the other more seductive, in all that may be ambiguous and destabilising in this double play. Then she will shoot this film between the Lindre pond, the bird observatory and the Château d’Alteville. Her end-of-residency event will give her the chance to present the progress of her research and screen a new, recently completed film.