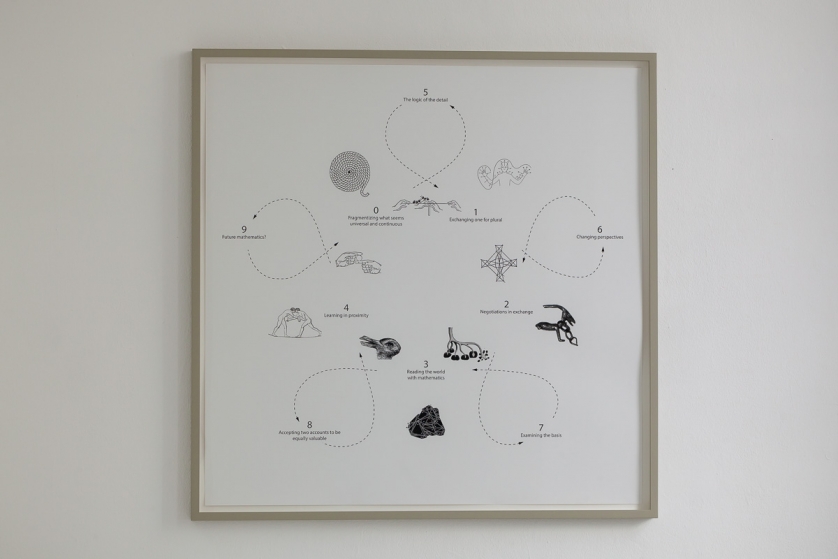 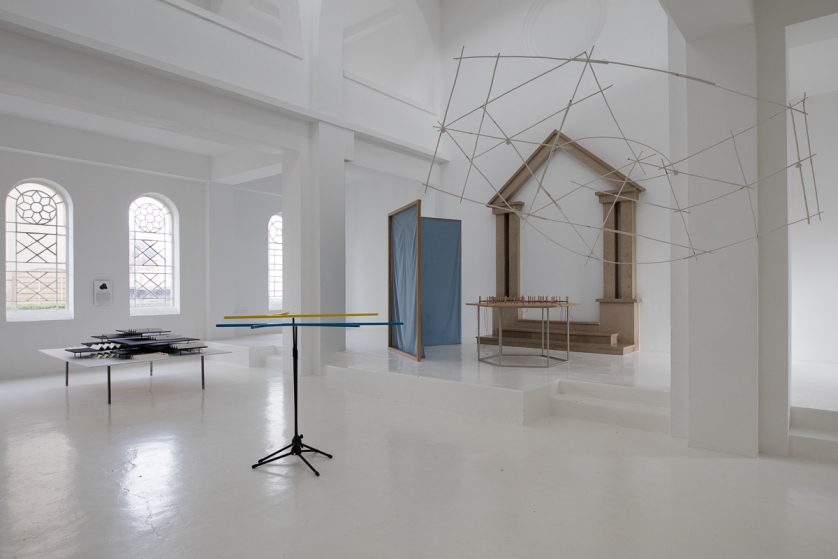 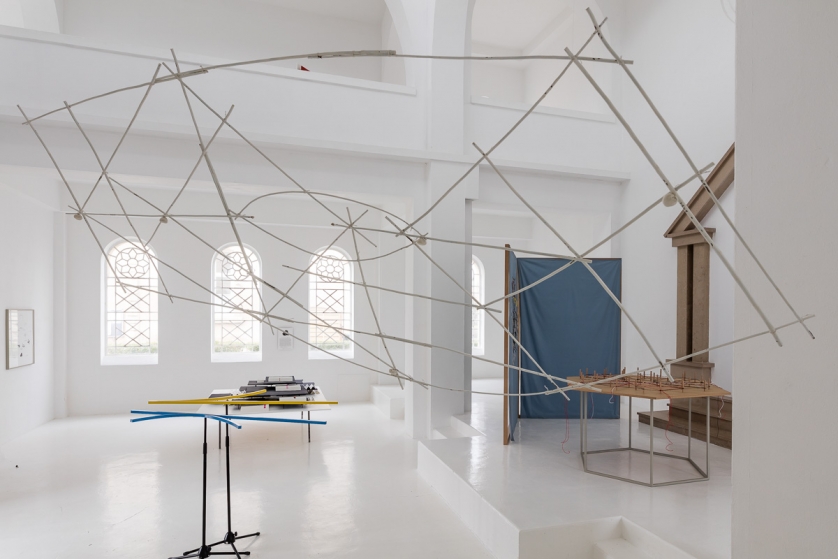 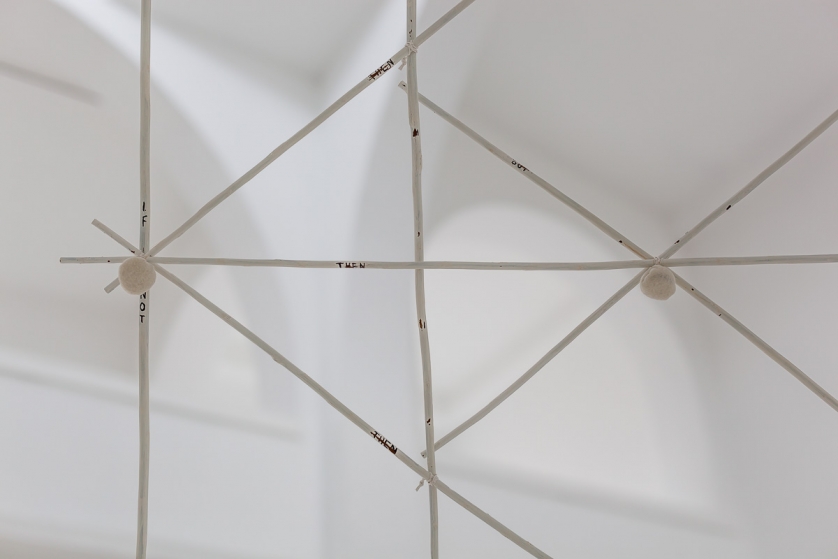 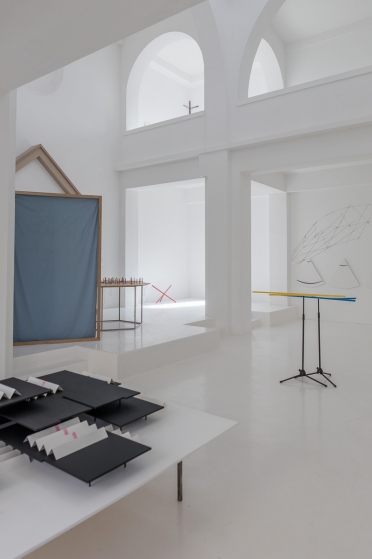 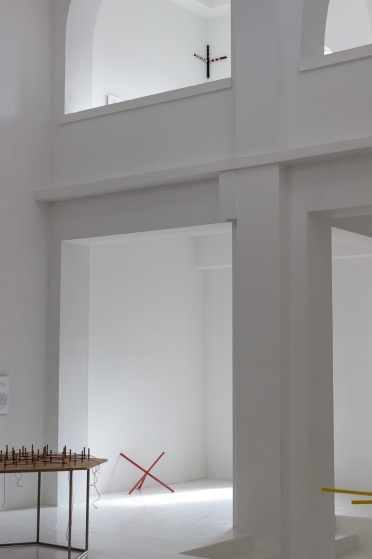 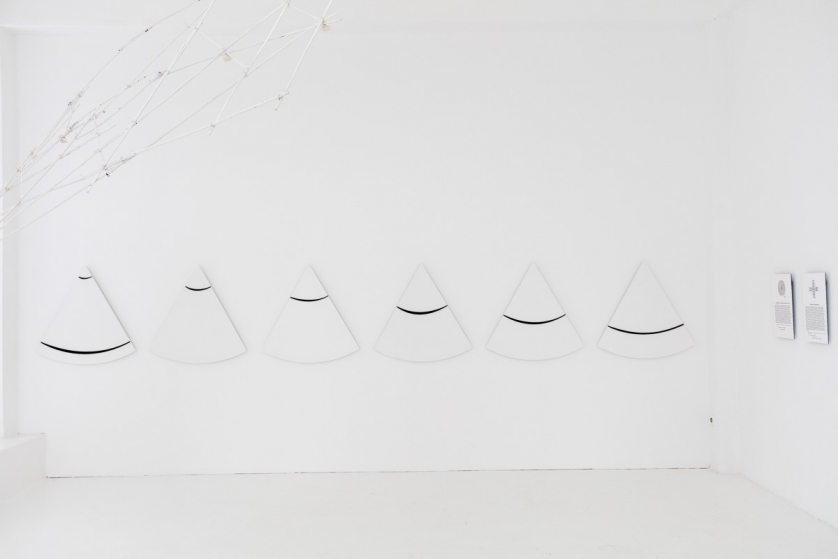 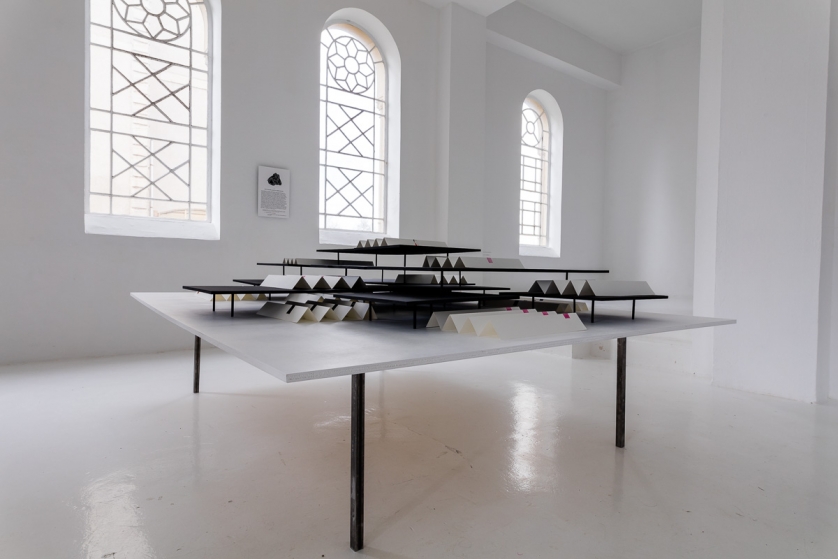 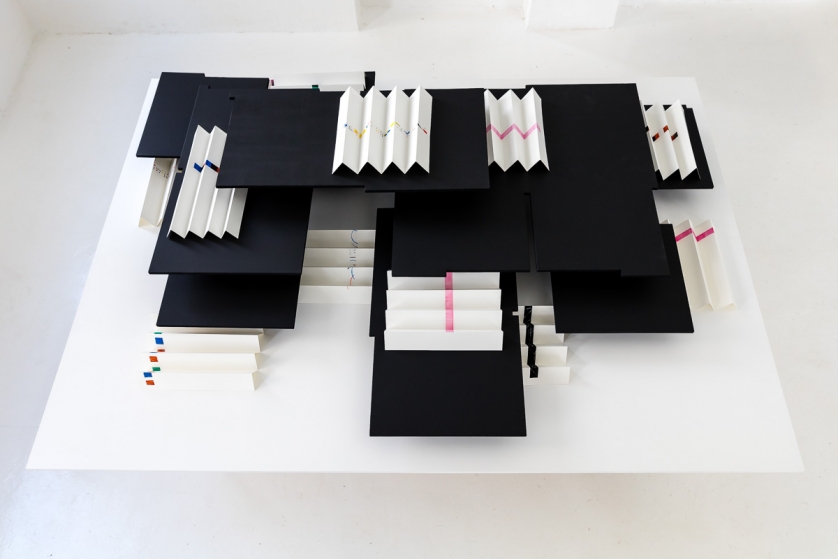 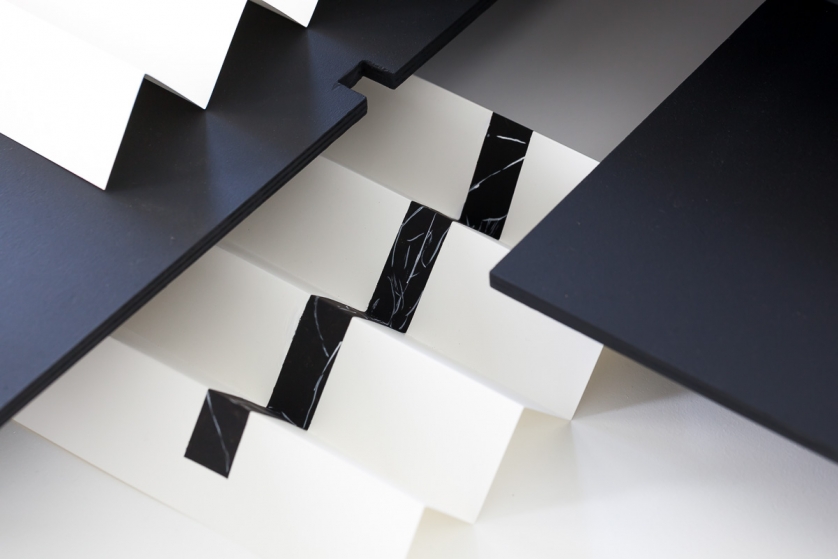 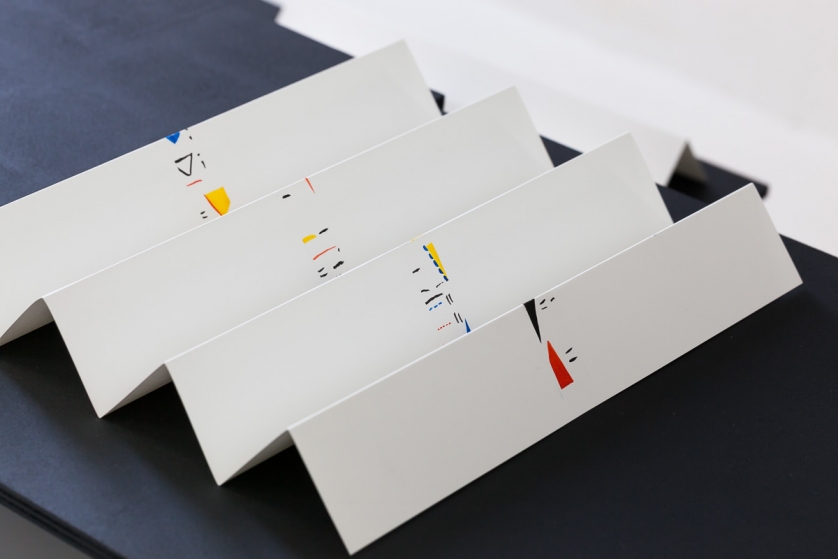 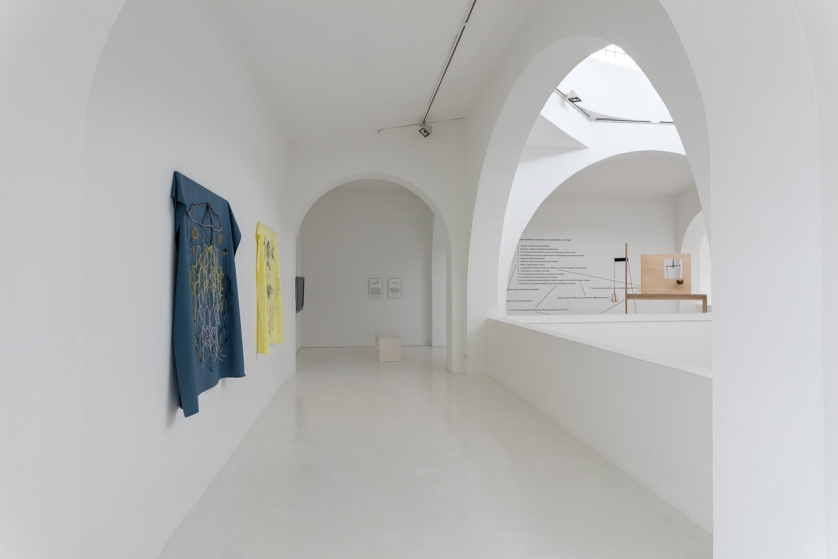 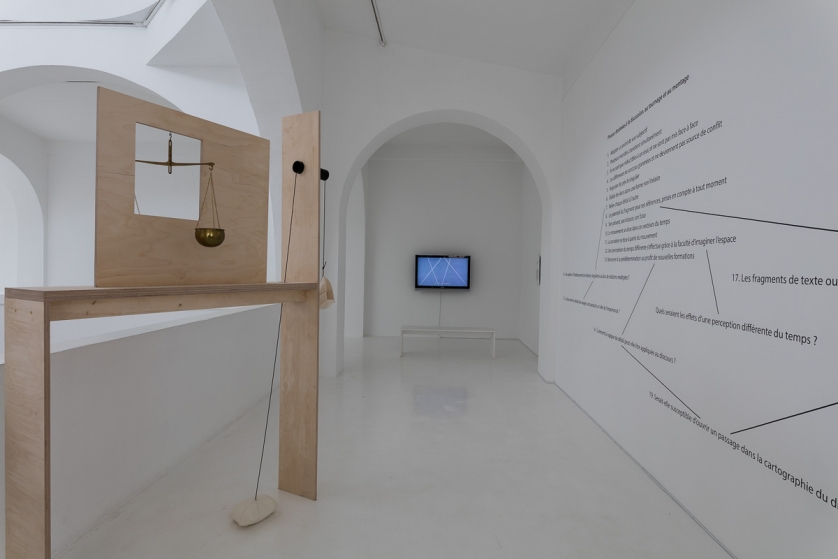 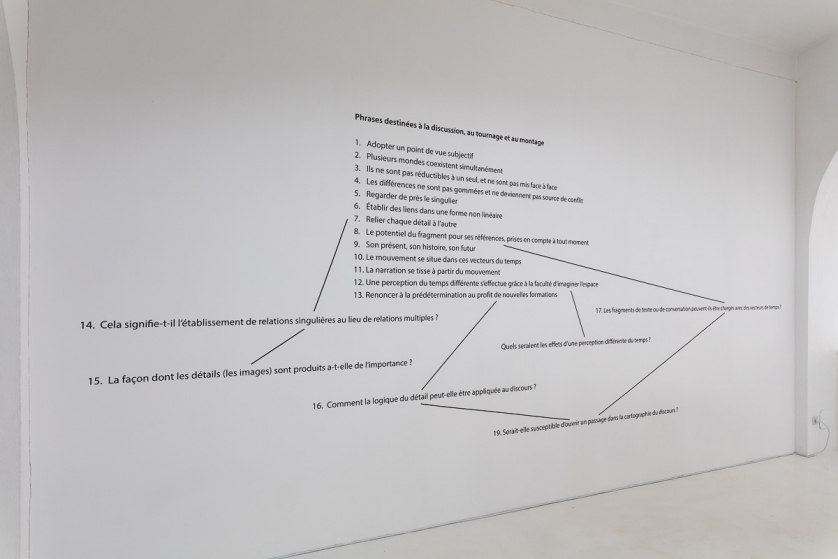 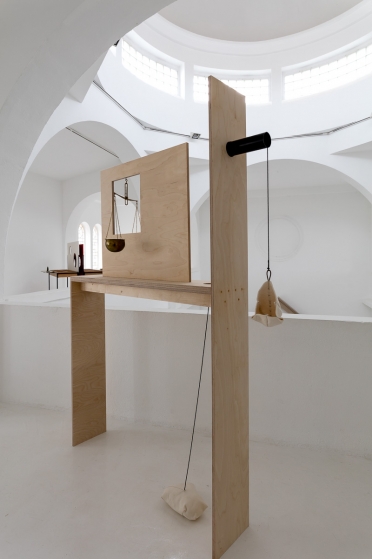 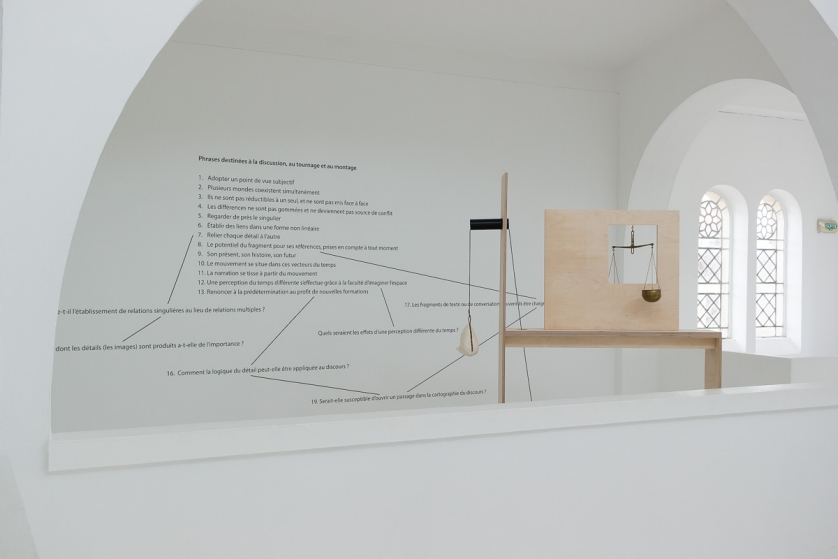 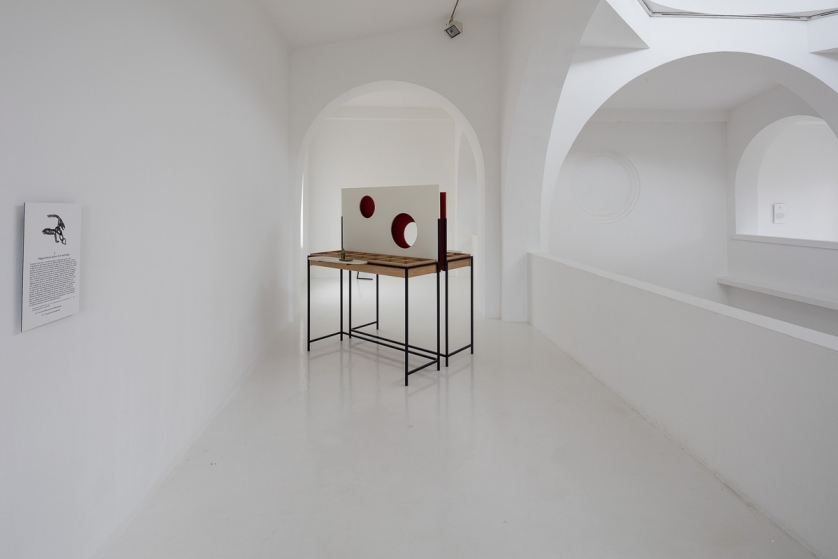 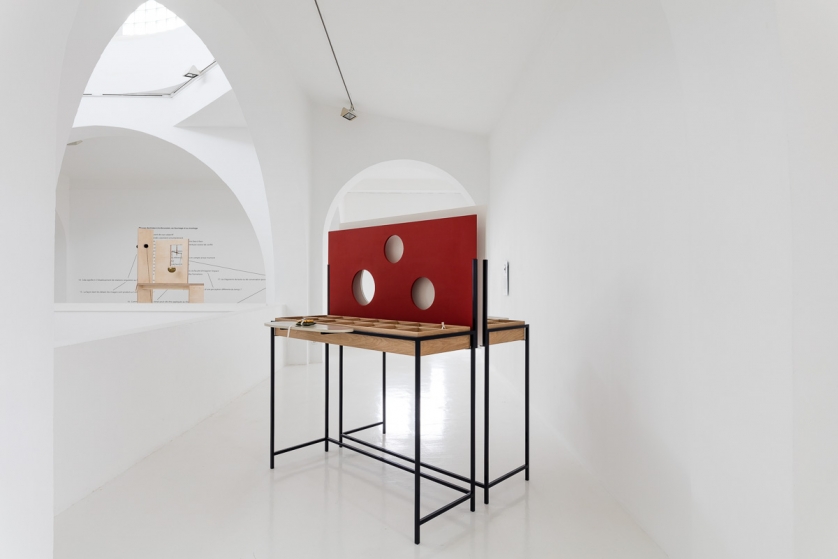 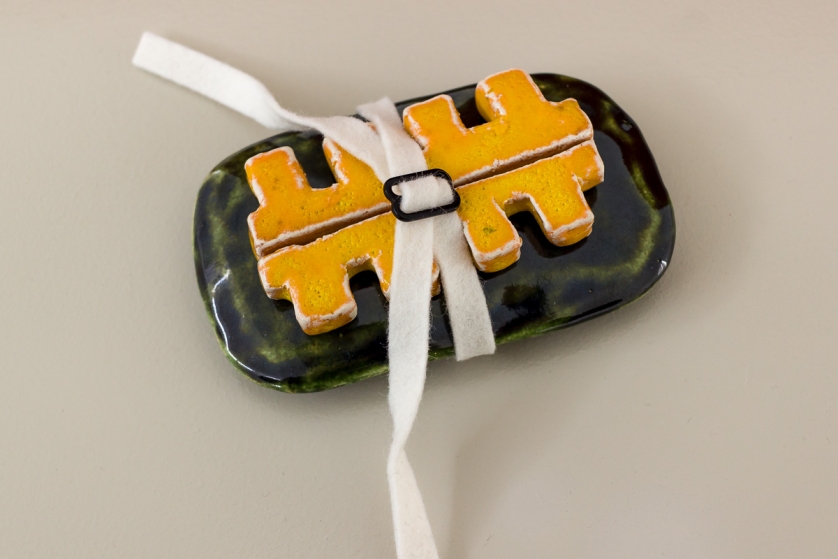 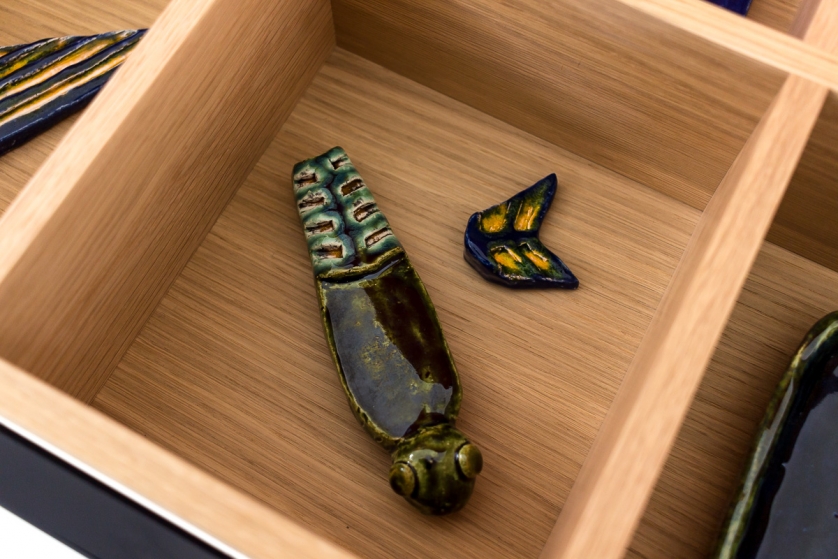 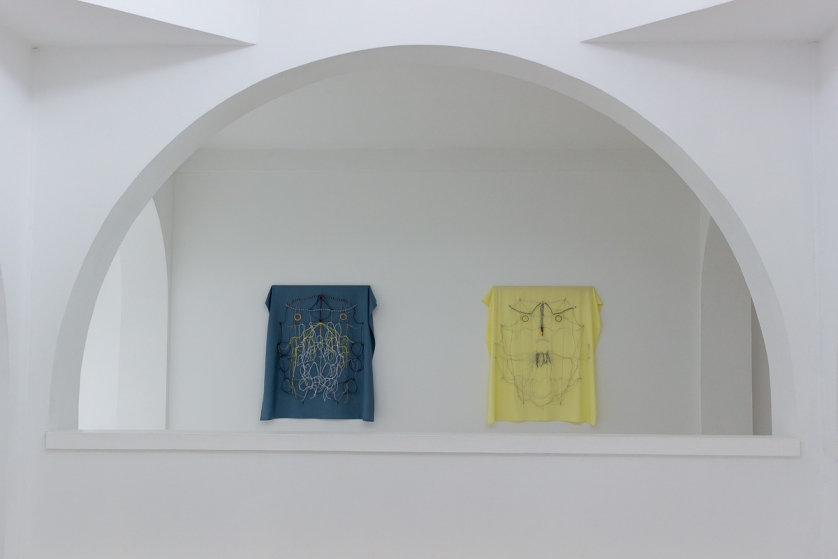 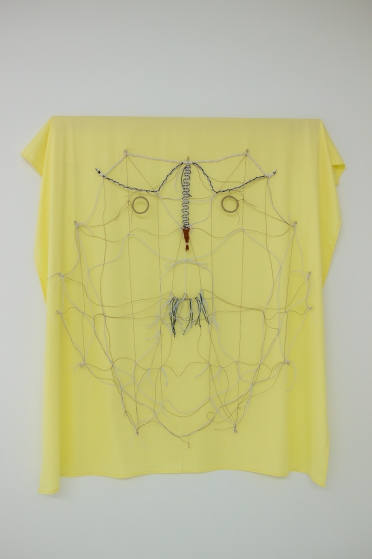 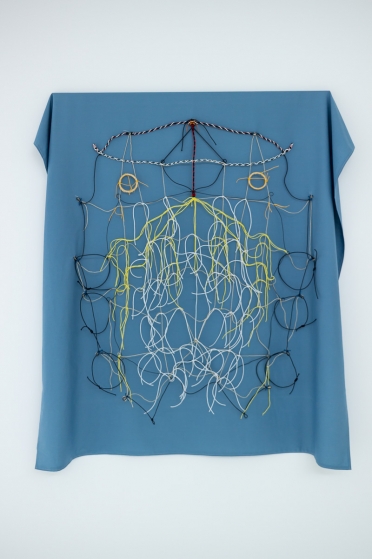 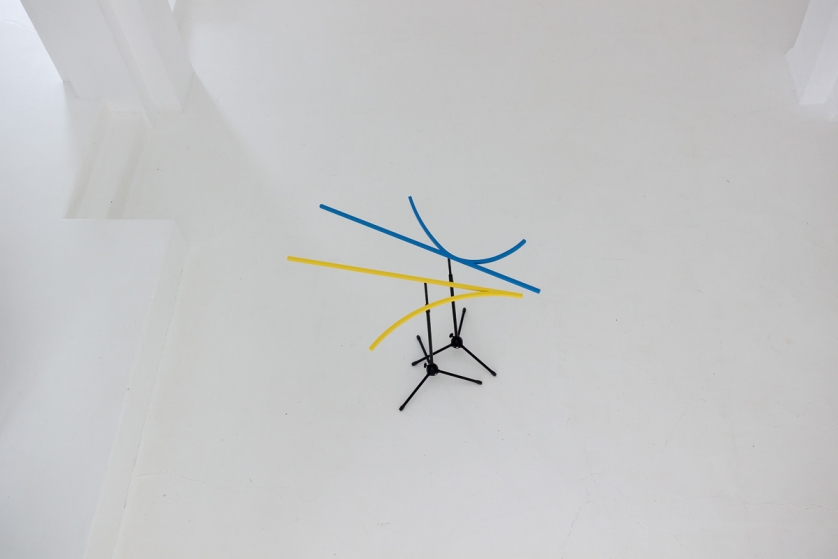 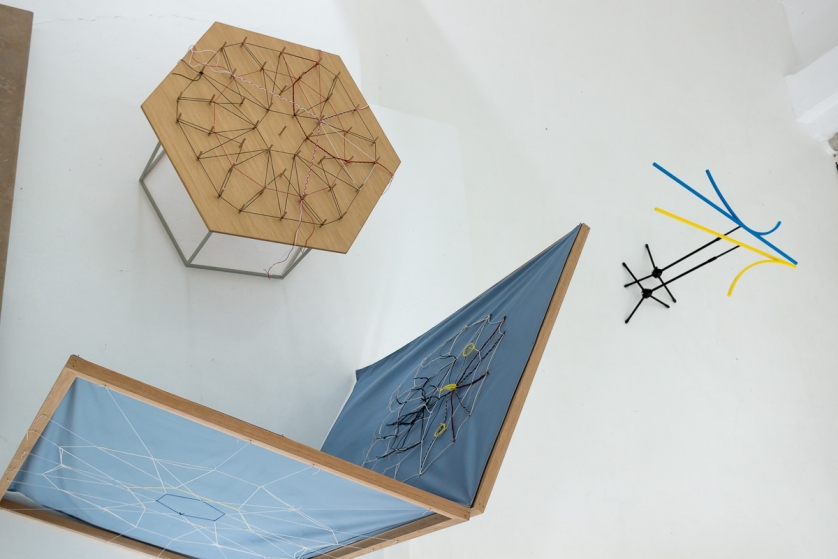 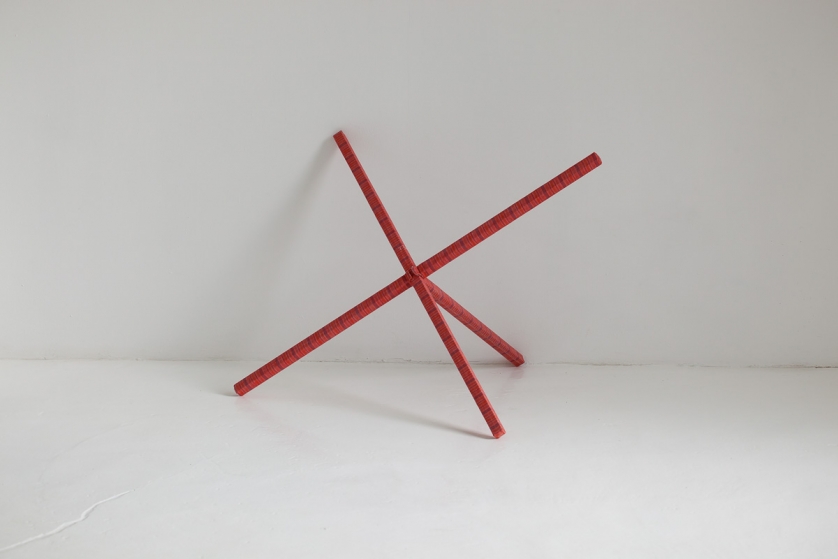 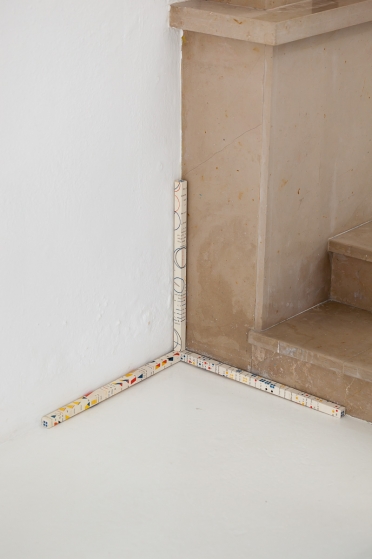 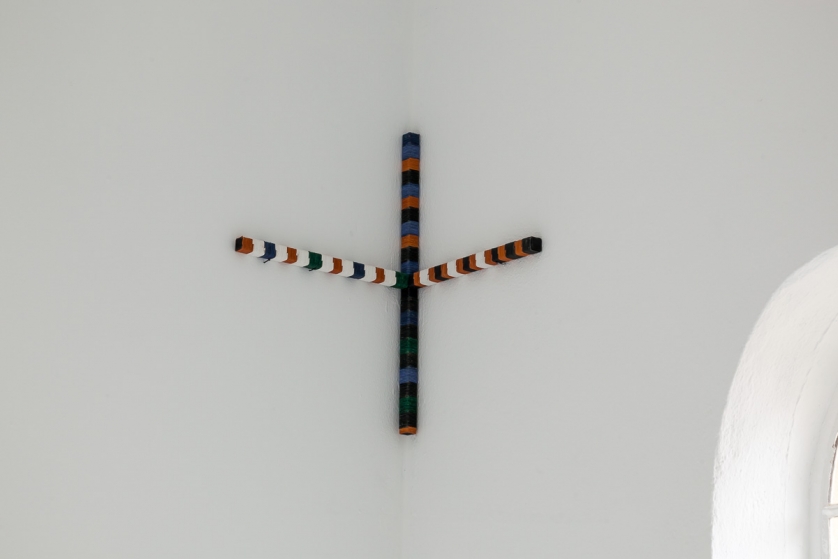 THE VALUE IN MATHEMATICS

Language, whether oral or written, gestural or graphical, has always been one of Falke Pisano’s central preoccupations. Her installations, sculptures, drawings, diagrams and speech-performances approach the mastery of language and discourse as an emancipation factor that enables individuals to responsibly make themselves part of the world.

Her research has been divided into long cycles. The first, from 2007 to 2010, was entitled Figures of Speech. In 2011, she began another cycle revolving around the notion of Body in Crisis. The project she is presenting at the Synagogue de Delme constitutes a first part of a new research cycle on the development of the sciences in modernity and the way its institutions have contributed to a restricted and exclusive idea of knowledge. Focussing on mathematics, the exhibition presents an exploration with very broad implications that challenges this science’s universalist, absolute approach, as well as the objectivity and neutrality that are automatically attributed to it.

The project was first presented at the gallery at REDCAT in Los Angeles in 2015, and more recently at the artist’s two solo exhibitions, at Hollybush Gardens gallery in London and Ellen de Bruijne gallery in Amsterdam. The art centre is presenting a new step in the journey of this project, which is meant to evolve and get richer over time.

Mathematics visibly or invisibly infuses everyday life, social relations, economics, industry, military strategy, architecture... It is ubiquitous, and yet most of the time its concrete applications elude the understanding we might have of the world around us; thus this world stays out of reach and we risk becoming passive subjects who have to blindly submit to laws they have not mastered.

If mathematics is commonly treated as a universal language that carries no system of cultural values, Falke Pisano instead stresses notions of diversity, pluralism and heterogeneity, and is interested in critical theories that offer another way of approaching mathematics, its history and its teaching methods.

Although 1+1=2 appears to be a widely accepted truth in Western culture, one must recognise that in other cultures, 1+1 ≠ 2. In this sense, the field of ethno-mathematics opens a new realm of thought, negotiation and knowledge-translation that makes it possible to take account of cultural diversity and the coexistence of several approaches, capable of interacting with one another in a respectful, egalitarian way.

The exhibition presented at the Synagogue de Delme brings together a series of sculptures, objects and texts, as well as a film, which materialise questions raised by the artist. In the exhibition one finds for example a transaction counter, a nautical chart and a weaving frame. In the film, Falke Pisano activates these different objects through gestures and words in a joint interview with an anthropologist and a researcher in mathematics education, who speak of their field experiences linked to teaching. We are given to understand that mathematics education and its teaching methods can also become tools of resistance against a dominant culture.

In a Western society where social relations are above all dominated by the logic of capital quantification and accumulation, Falke Pisano recalls the possibility of a kind of social relations primarily determined by their quality. From this perspective, learning to count differently would make it possible to name the world differently, while making it one’s own, with respect for the multiplicity of differing points of view. The film concludes with these words: “If we don’t allow this variation, this plurality, then... won’t we be doomed?”

Falke Pisano (Amsterdam) lives and works in Berlin. Her diagrammatic works expose a loop, in which shifting abstract sculptural forms are conceived directly in relation to written and spoken language, implying an ongoing and morphing production of meaning. In the publication ‘’Figures of Speech’’ (designed and co-edited by Will Holder, published by JRPRingier, Christoph Keller Editions, 2010) Pisano brought together her work focusing on the act of speech in relation to different forms of agency in artistic production. The artist second cycle of works (2011-) “The Body in Crisis” consists of a series of propositions and inquiries that look at the body in crisis as an ongoing event.