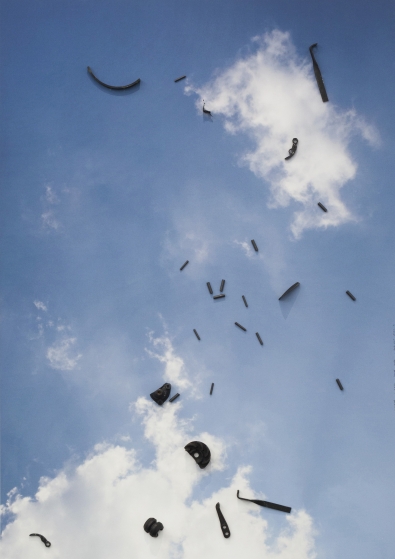 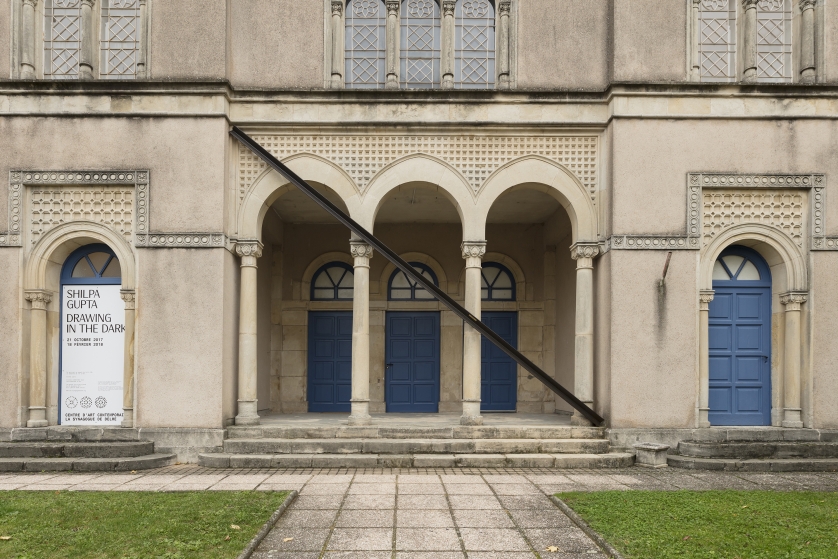 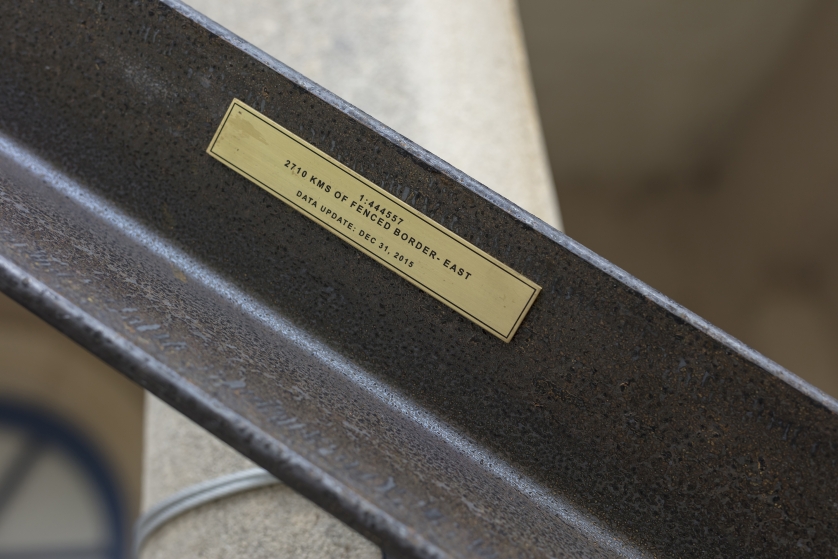 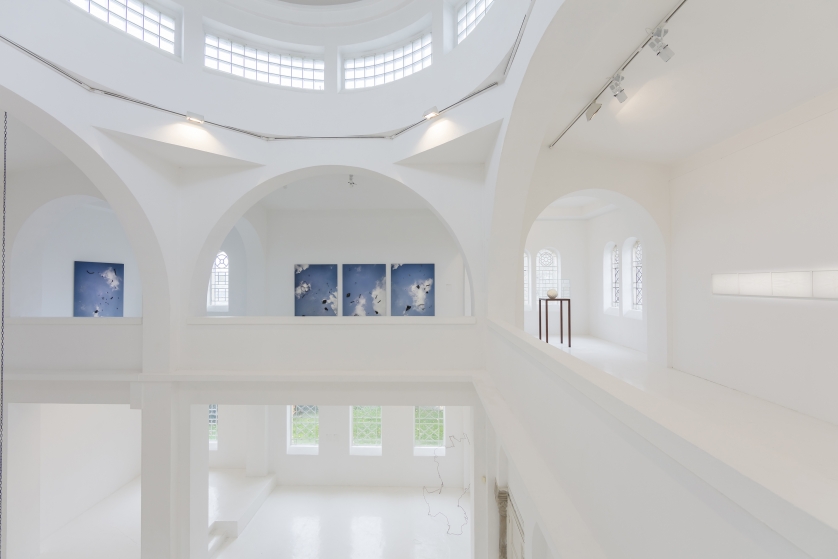 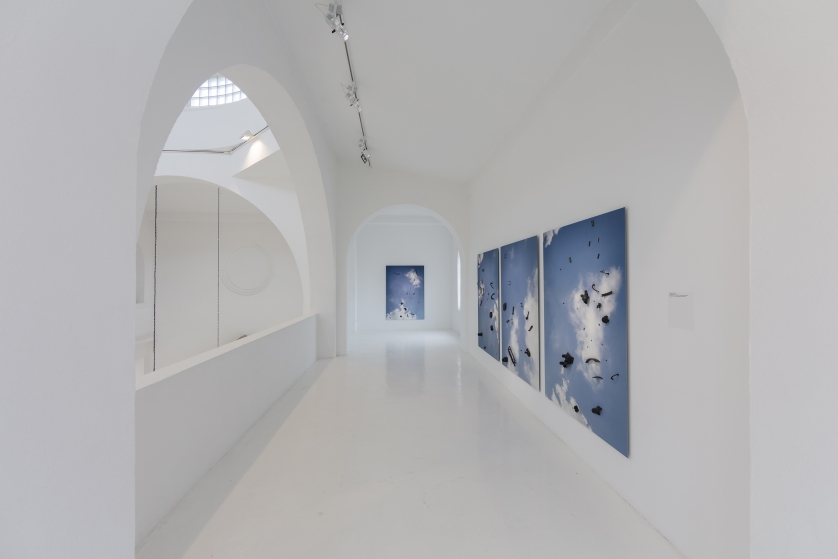 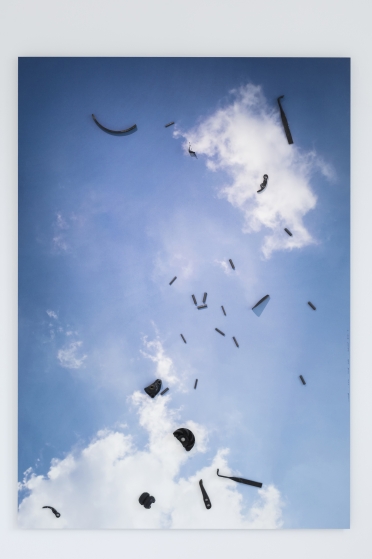 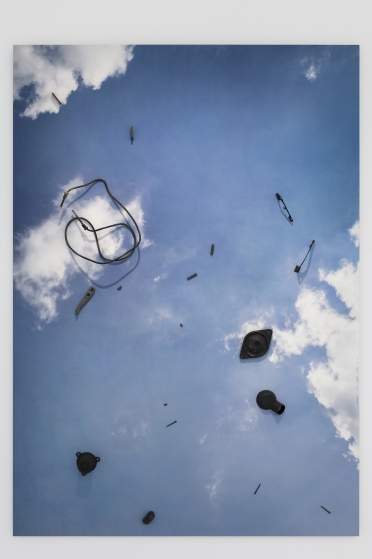 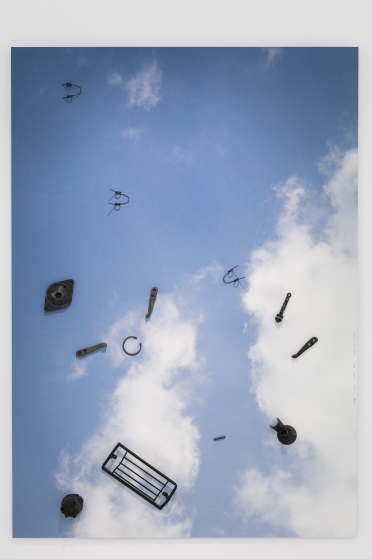 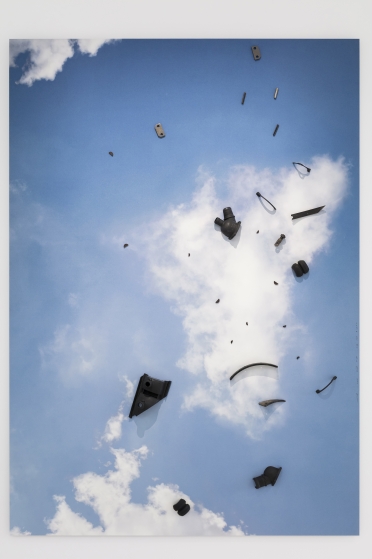 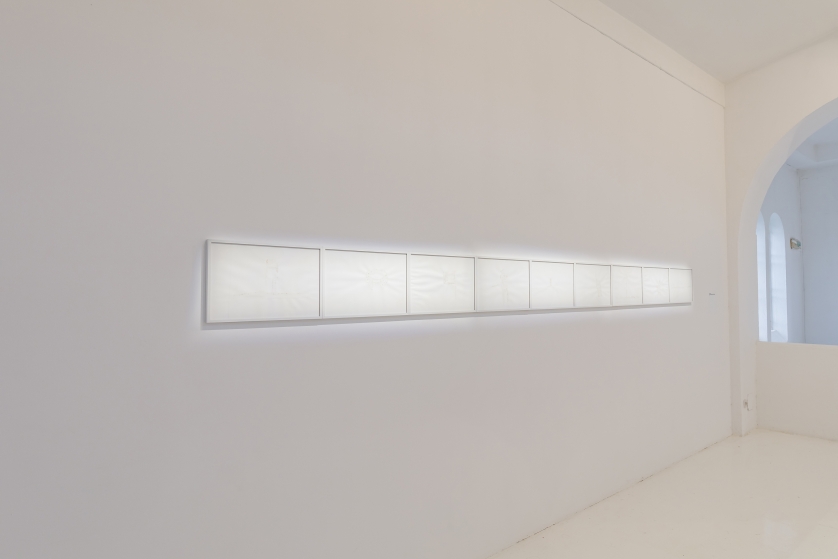 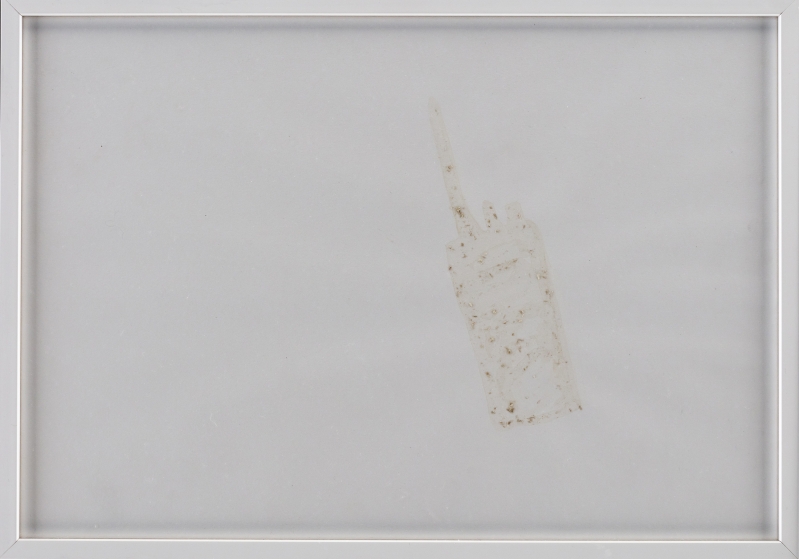 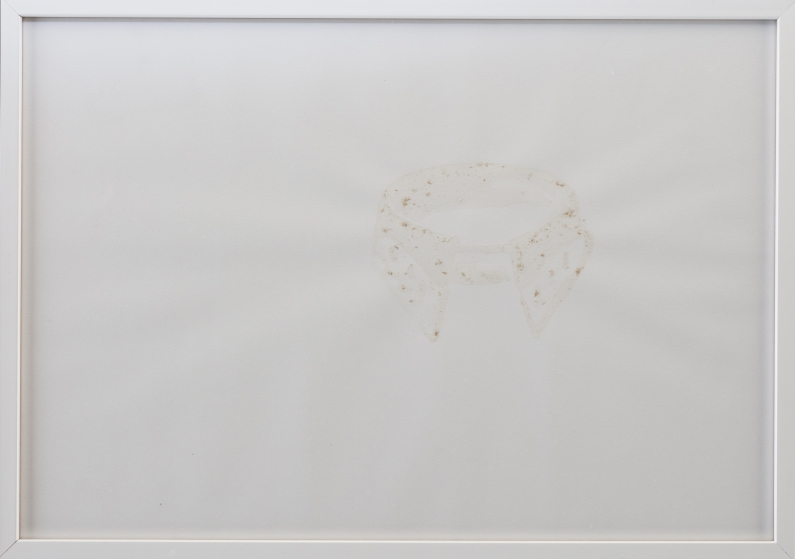 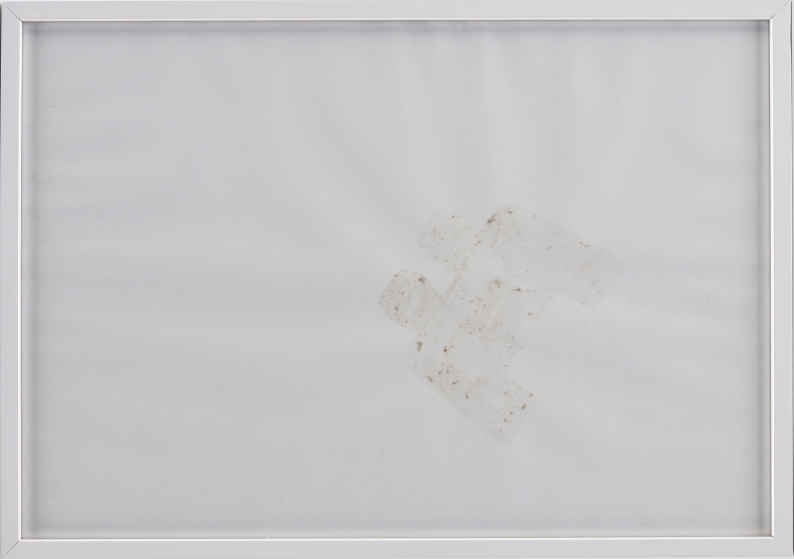 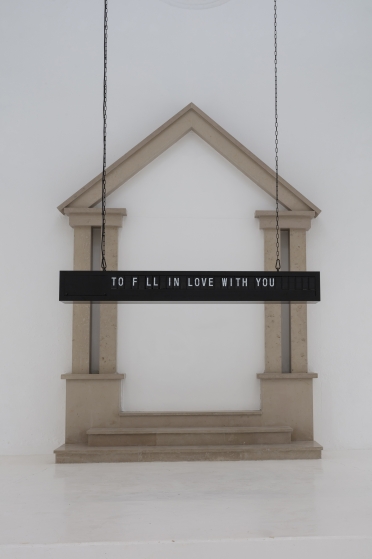 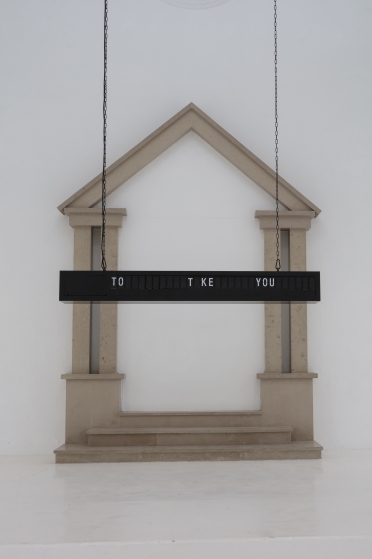 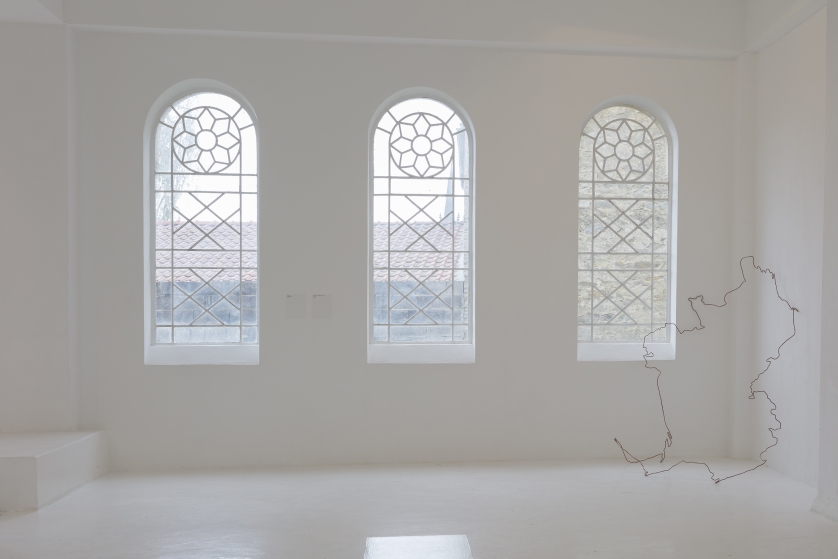 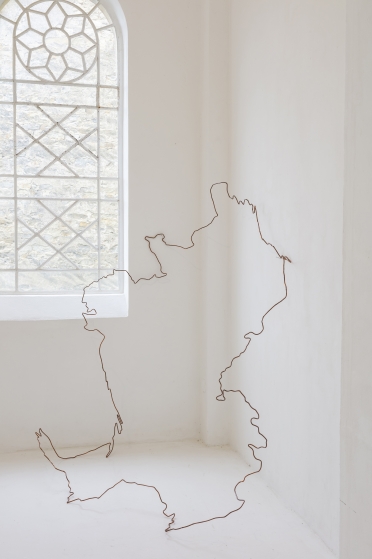 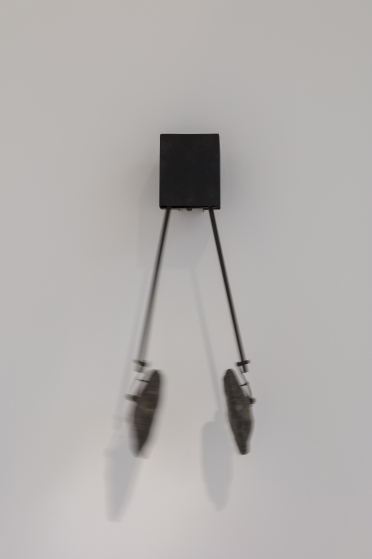 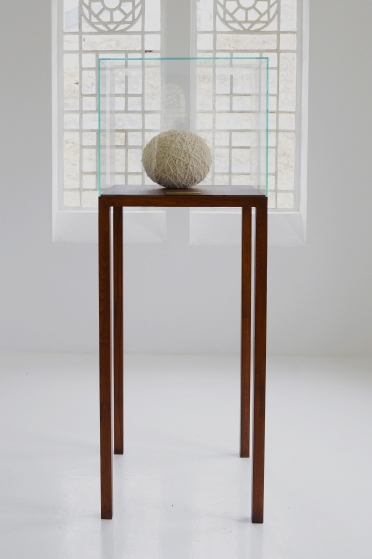 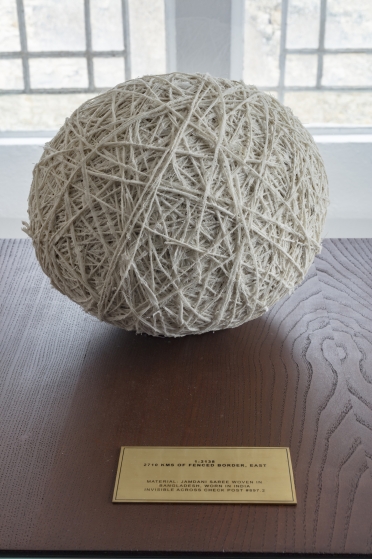 DRAWING IN THE DARK

THE EXHIBITION WILL BE CLOSED
BETWEEN 23 DECEMBER AND 3 JANUARY

Indian artist Shilpa Gupta presents the solo exhibition Drawing in the Dark. The title refers to the clandestine movements and practices in borderlands, and to the metaphor of the line or threshold that links several of the works on display here.

The show is part of Gupta’s ongoing investigation into interrelations between structures, specifically those of the state and the individual, and their rescaling as encountered, at what is both frontier and periphery. Continuing her six years of ongoing research – specifically in the borderlands of India and Bangladesh – this new series of works is an extension of the My East is Your West project she developed for the 2015 Venice Biennale. In late 2016 Gupta returned to parts around the border fence that India is building, encircling its neighbor Bangladesh and that is notorious for being the world’s longest separation barrier under construction between two nation states. However, says the artist, “daily life in the borderland belies state intentions and the flows of people and goods continue, prompted by historical and social affinities, geographical continuity and economic imperative”.

Accompanying the central sculpture 24:00:01 (motion flapboard, 2010 -12) are a series of new pieces which can be seen as a collection of clandestine stories. The drawings, photos and sculptures draw a picture of the subversive, illegal and informal stream of goods, people and desires. An object wound with a shredded Dhakai Jamdani saree (traditional clothing), drawings made with marijuana and photo collages with spare motor parts carry narratives of unlisted journeys over a meandering map line.
What Gupta’s work aims to provoke in the visitor, rather than a passive aesthetic experience, are questions. She initiates a dialogue on the perception and construction of identity, and on those notions that exercise an influence over these processes: nationality, technology, religion, borders, conflicts, control or censorship: “I am interested in perception and therefore, with how definitions get stretched or trespassed, be it by gender, beliefs, or the notion of a nation. There exists a chasm between the larger construct which seeks singularity, and its own fragment which may not. Markings and measuring, seemingly logical acts may not necessarily provide solutions” (Shilpa Gupta in Indian Express, 2016).

In the borderlands Gupta evokes with Drawing in the Dark, our apparently rigorous laws reveal themselves as in constant motion and subject to debate. The fringe area is shown as a stretch of no man’s land where practices and narratives develop “in the dark”, or as a parallel circuit of goods that operates “invisibly” before the authorities’ eyes. The “law” of each identity is replaced here by a set of conditional rules, freeing up mental and experimental space in which to question ourselves. Shilpa Gupta, born in 1976 in Mumbai, India, lives and works there as well. In the recent years solo exhibitions were shown, among others, in the context of the 56th Venice Biennial (2015, with Rashid Rana), at the Kunsternes Hus in Oslo (NO) (both 2014), at Galerie im Taxipalais in Innsbruck (AT, 2013) as well as at the Arnolfini in Bristol (UK, 2012) Furthermore she was represented by works in group exhibitions, among others, at the Kathmandu Triennial (2017), 12th Havana Biennial (CU), at the Göteborg International Biennial for Contemporary Art (SE), at SALT in Istanbul (TR), at Queens Museum in New York (USA) (all 2015). Shilpa Gupta is represented by Galleria Continua (San Gimignano / Beijing / Les Moulins / Habana) and Dvir Gallery (Brussels / Tel Aviv).