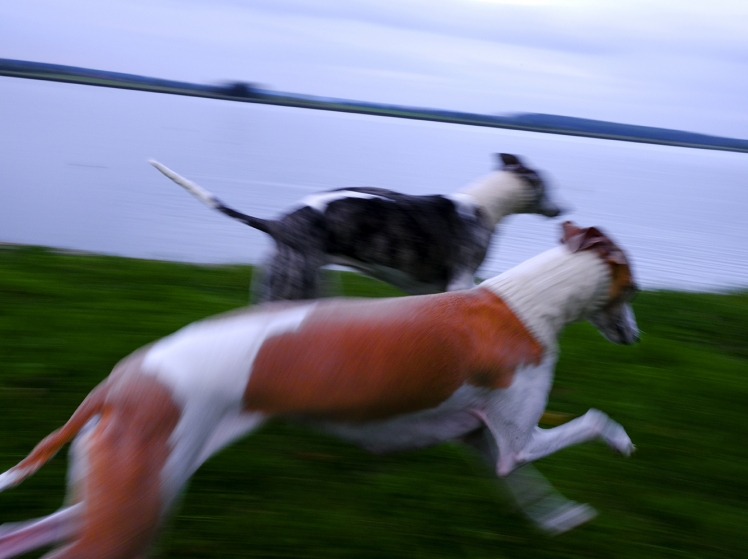 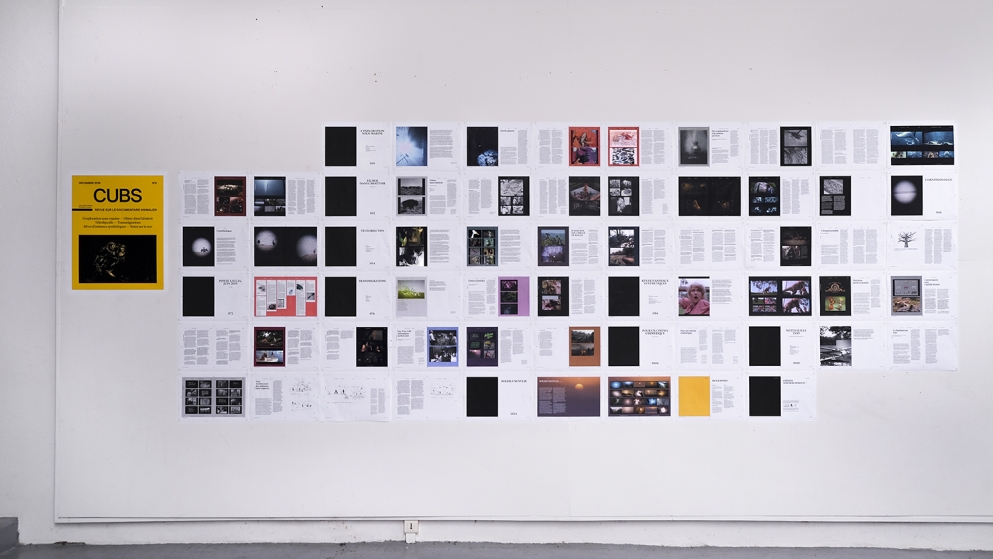 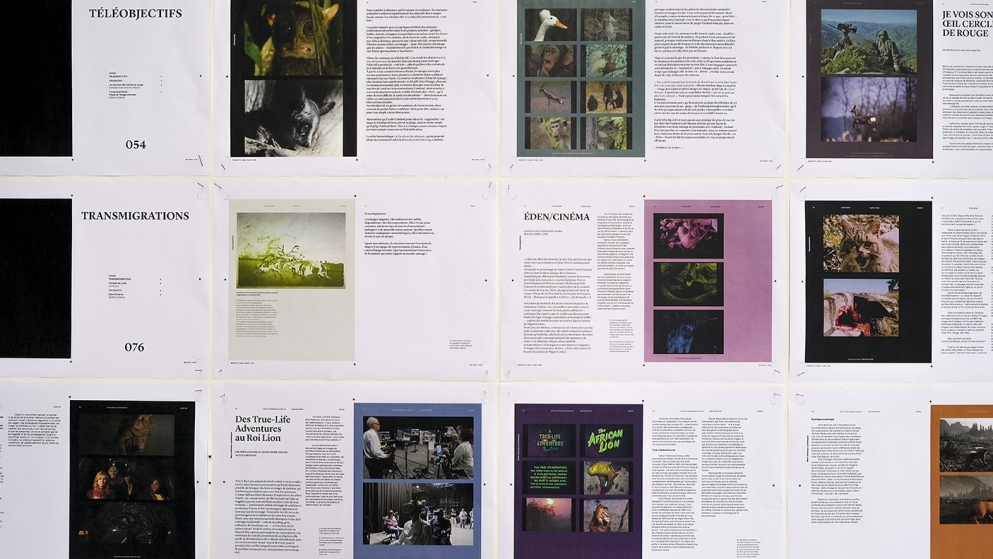 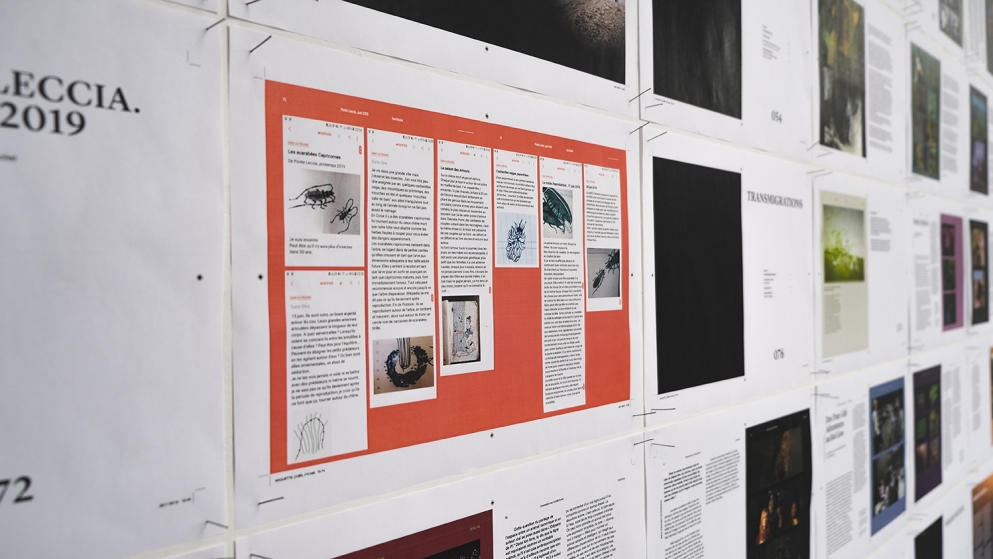 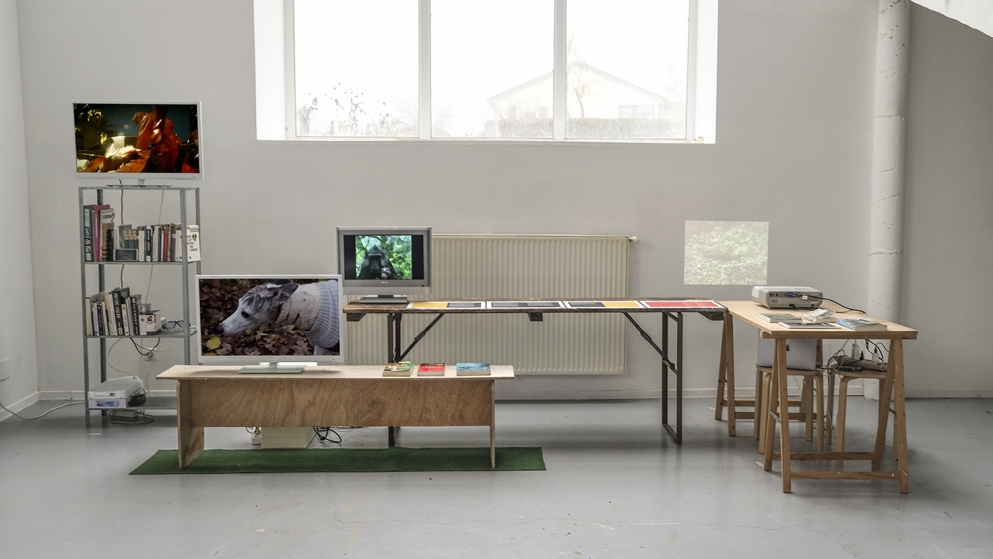 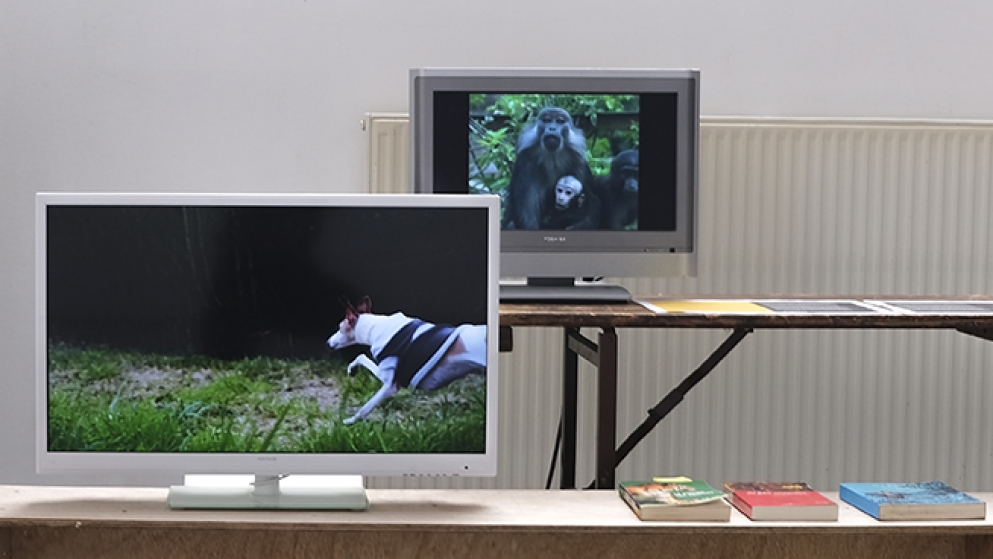 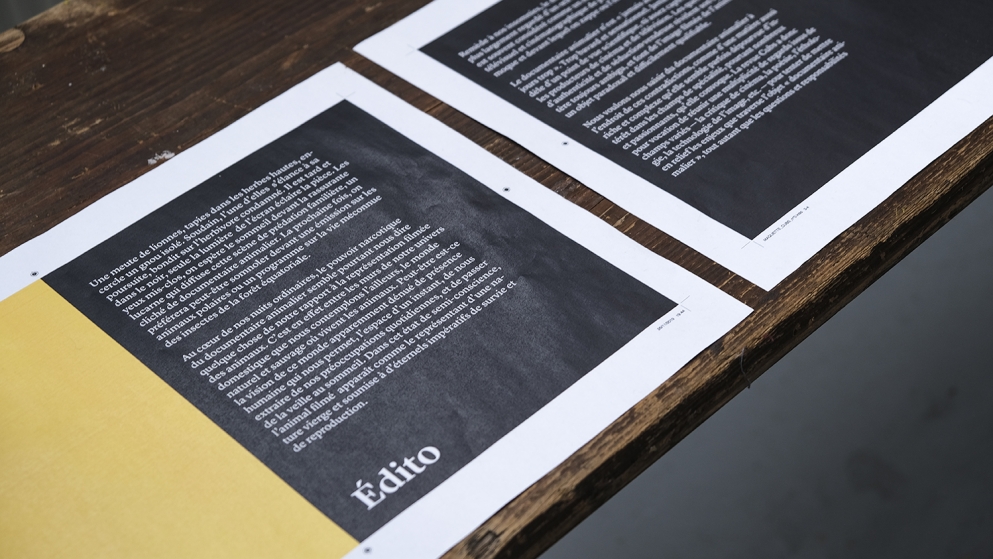 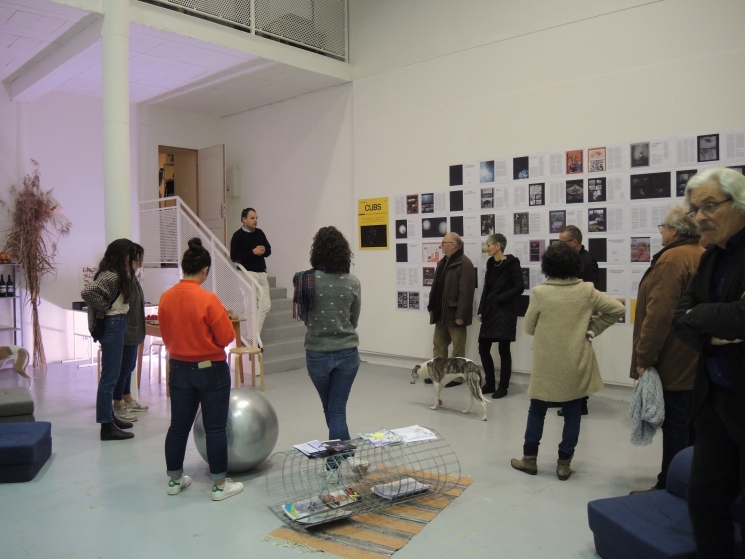 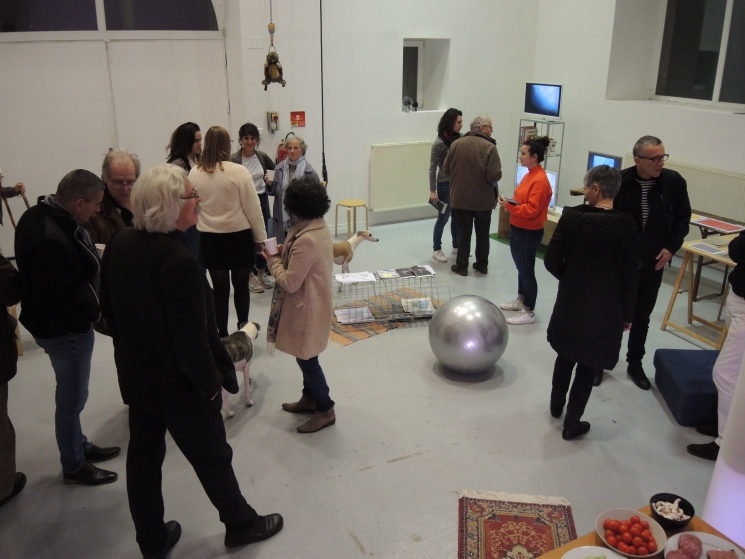 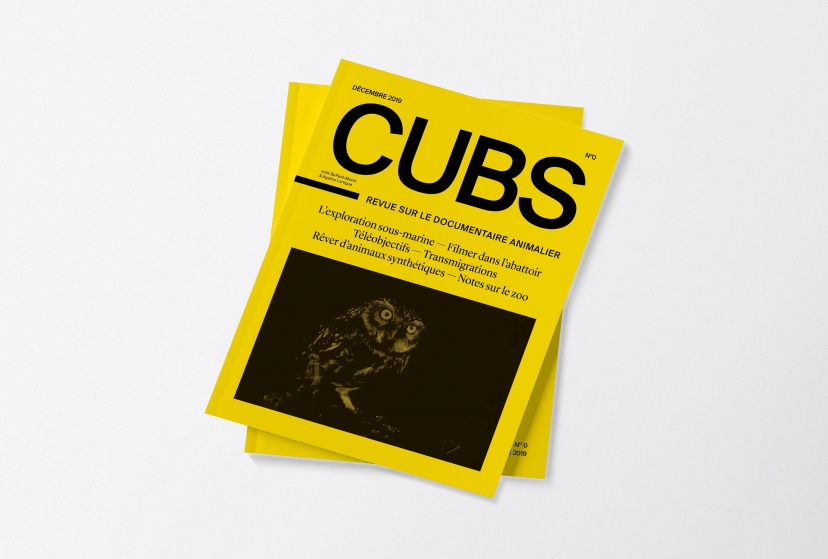 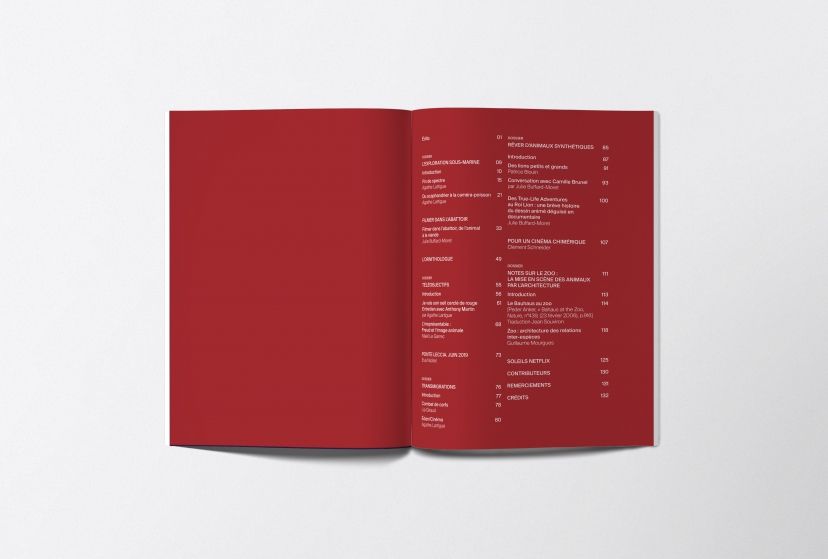 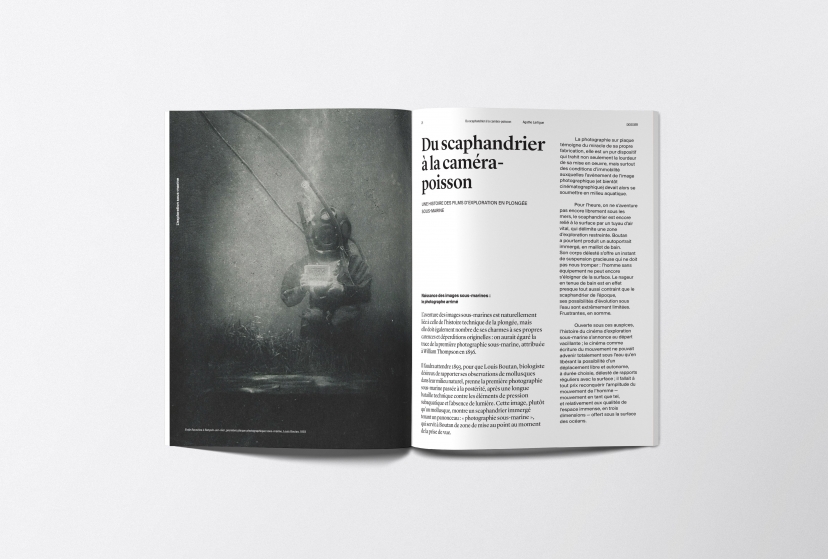 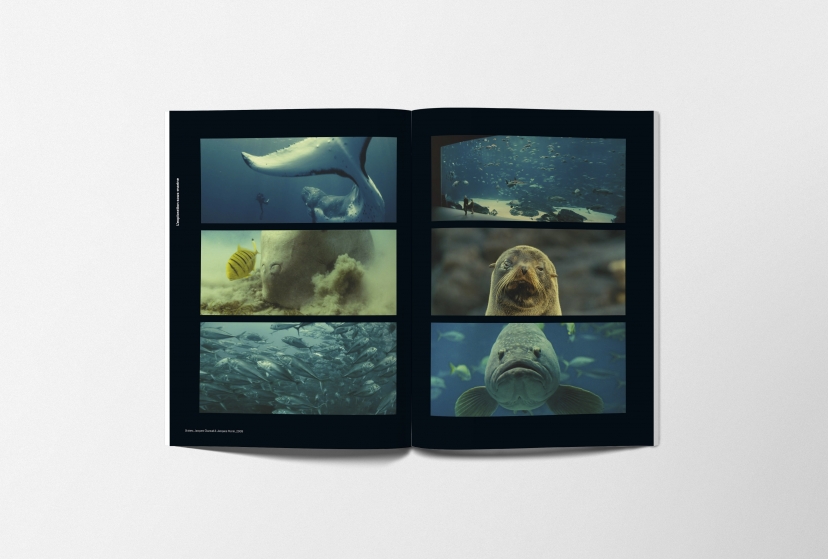 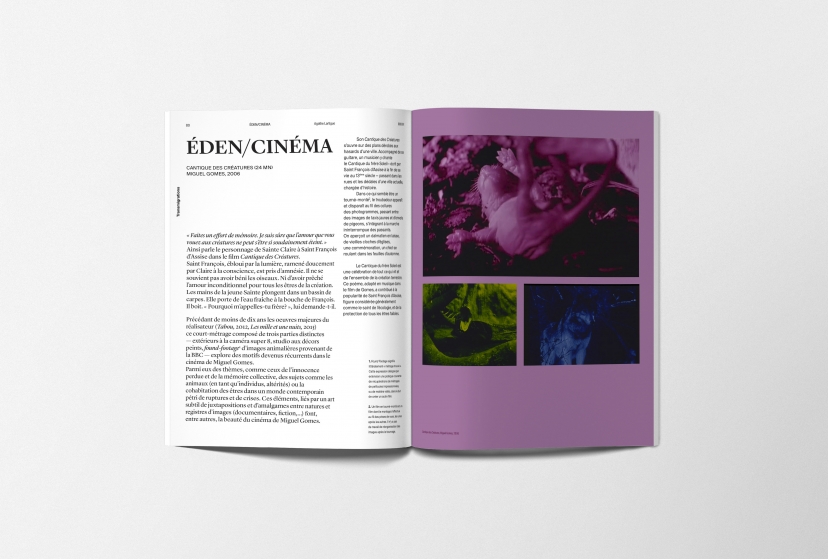 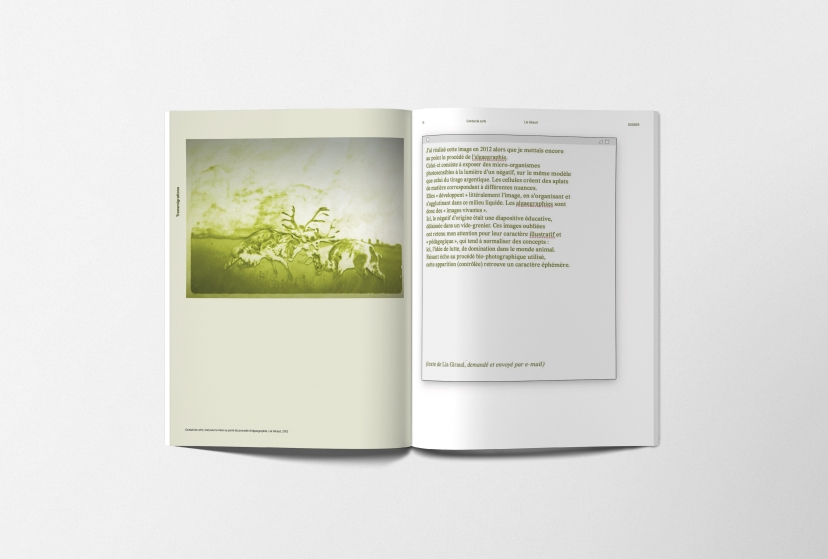 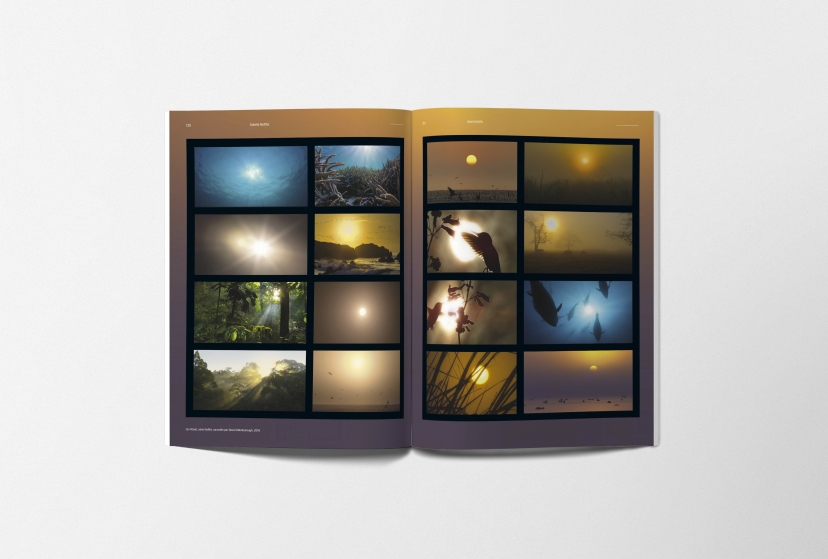 From Sunday 1 September to Friday 29 November 2019

These past fifteen years, the heightened awareness that has placed the Anthropocene at the centre of humanity’s concerns, combined with the appearance of the theoretical current of speculative realism (1), has led many artists to newly question our place in the world and our certainties about what is and is not natural. This is where the venture of Agathe Lartigue and Julie Buffard-Moret—two artists who recently decided to work together—is precisely situated, when humans decide to decode a world constructed in a certain way consciously or unconsciously, in order to assess its flaws, and maybe start again from scratch. The artists, one of whom combines sculpture, written stories and theoretical research, the other inclining towards scriptwriting and playwriting, wanted to explore the history of wildlife documentaries through the prism of the publication of a critical and poetic review entitled Cubs and an online database assembling archive documents, films, and plastic experiments.

Often treated as a sub-genre in film studies, the wildlife documentary remains an excellent testament to humans’ perspective on their environment, and to the arguments and representations they tend to construct about something that is beyond them. The artists’ analytical method consists in understanding what is at stake in this type of documentary by always questioning the context in which it appeared (at which point in history), while trying to imagine what the “wildlife documentary” object could become today, and what place it might occupy in the field of art. The residency period in Lindre-Basse will enable them to conceptualise and write the first issue of this review, which they hope will be collaborative, combining several fields of research like philosophy, cinema, architecture... and art of course. Being speculative, Cubs review will not be reduced to a purely scientific result, but will give free rein to poetry, bricolage and experimentation. The review format thus proves to be a suitable tool for bringing people together, generating situations that will result in multiple forms.

At the end of their residency, the artists will present the current state of their research: they will describe their ornithological discoveries in the Lorraine Regional Natural Park, their meetings with wildlife specialists, and will present the materials collected so far (such as texts, images and film extracts), pending future publishing projects.

(1) A philosophical current that appeared in 2007, challenging the dominant anthropocentrism of Western culture, in order to concentrate on the points of view of other living beings and the non-living.

Julie Buffard-Moret - Since obtaining her diploma at the Villa Arson National School of Fine Arts in 2015, Julie’s research work has been centered around the leopard pattern. This project tutored by Patricia Falguières and recently defended at the EHESS is currently evolving towards a publicated form. Since 2016, she is also working with the artist Raphael Emine on the project Dédale des humeurs, a creative research process on weather based around sculpture installations and digital storytelling.

Agathe Lartigue - Graduating from the Villa Arson National School of Fine Arts in 2015, Agathe has since moved from positions in audiovisual media, institutional film companies and cinema, to currently assisting film projects in their writing stages in both fiction and documentary, as well as developing her own screenplays and videographer activity.