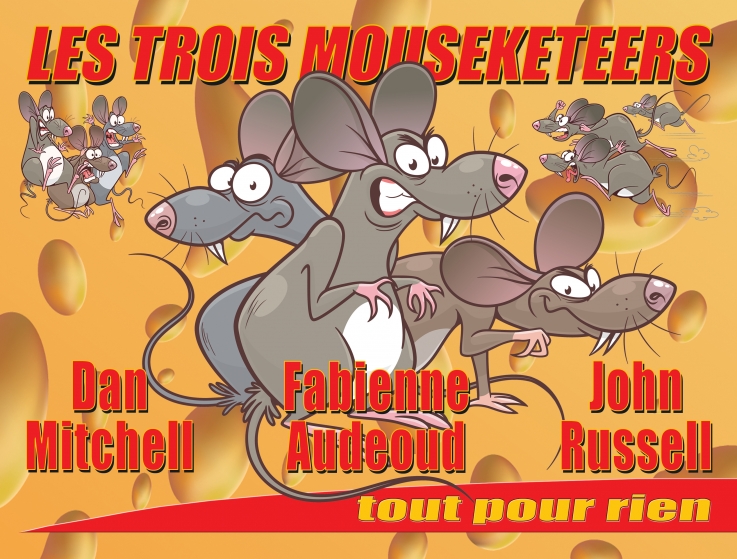 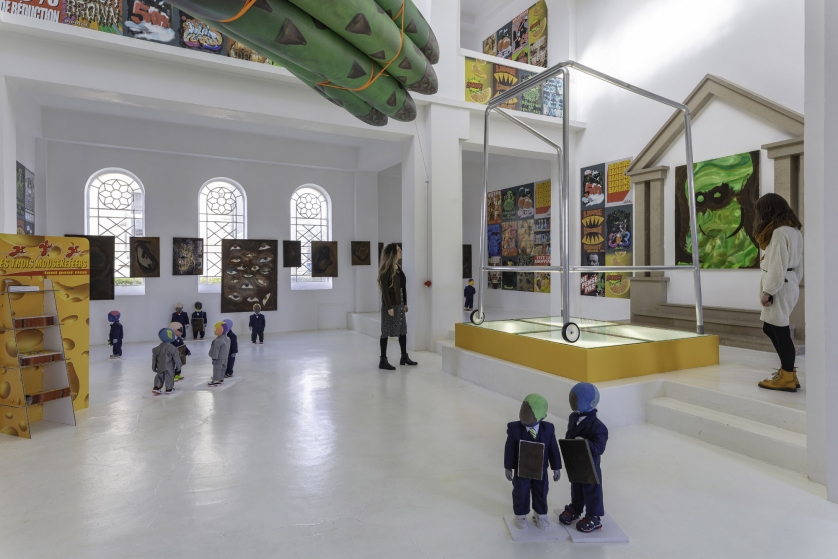 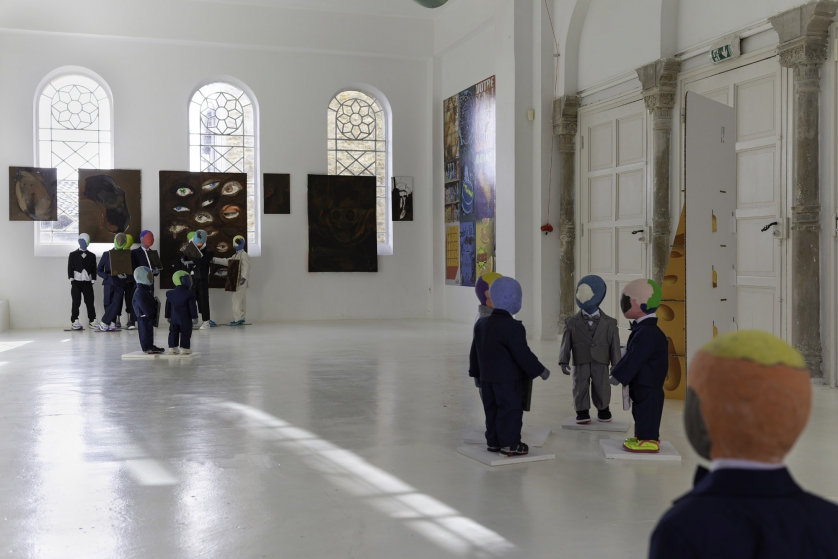 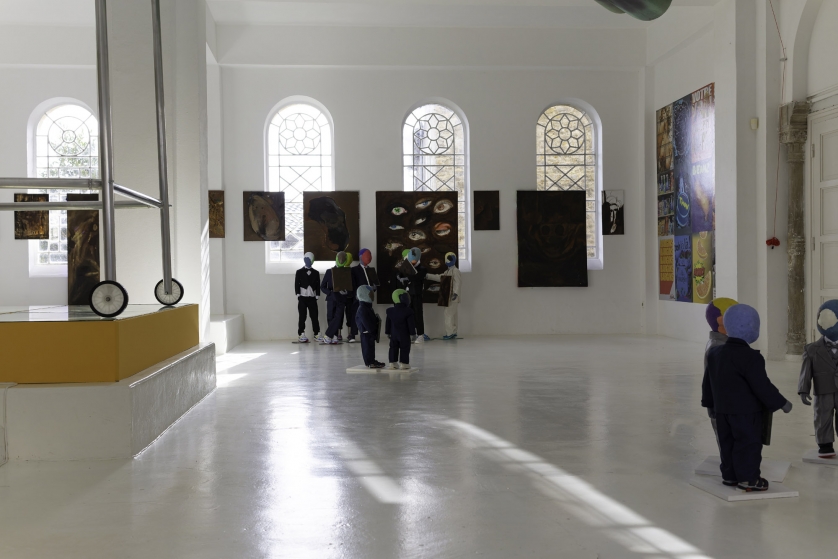 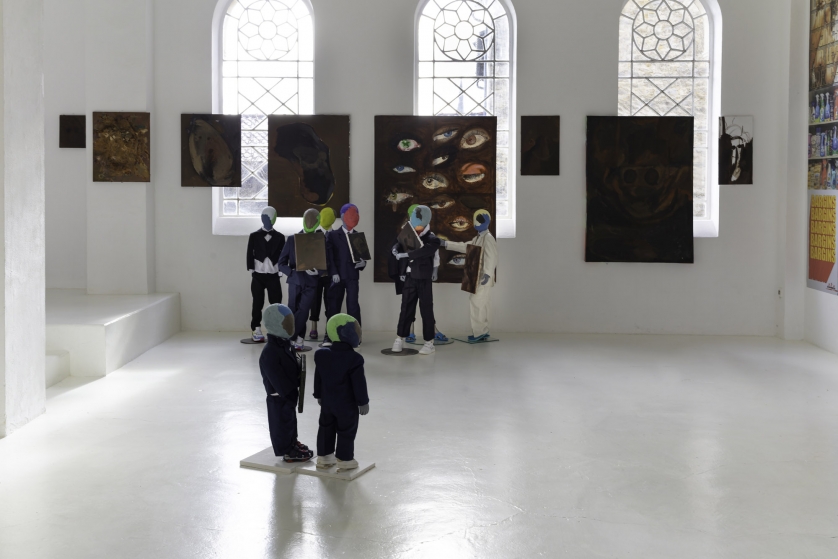 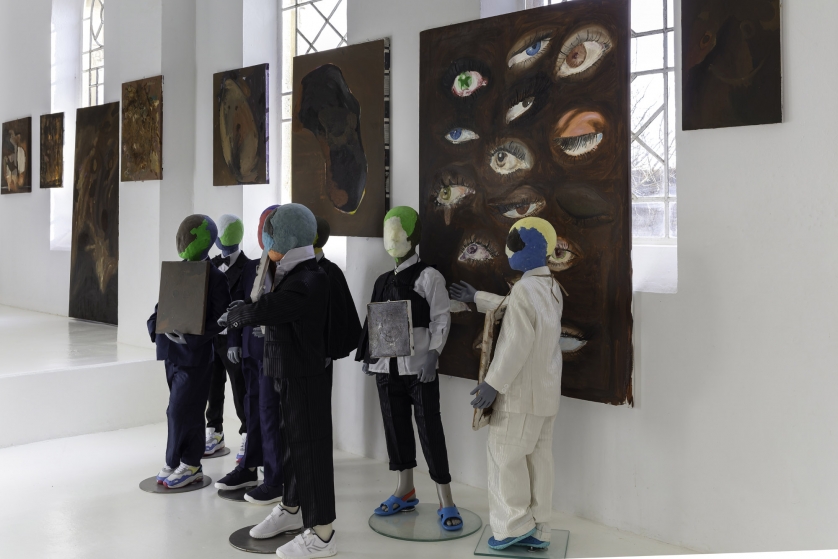 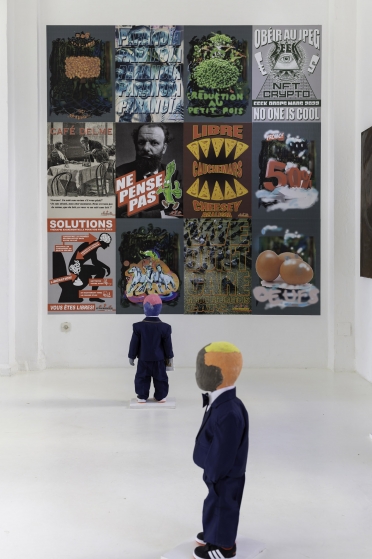 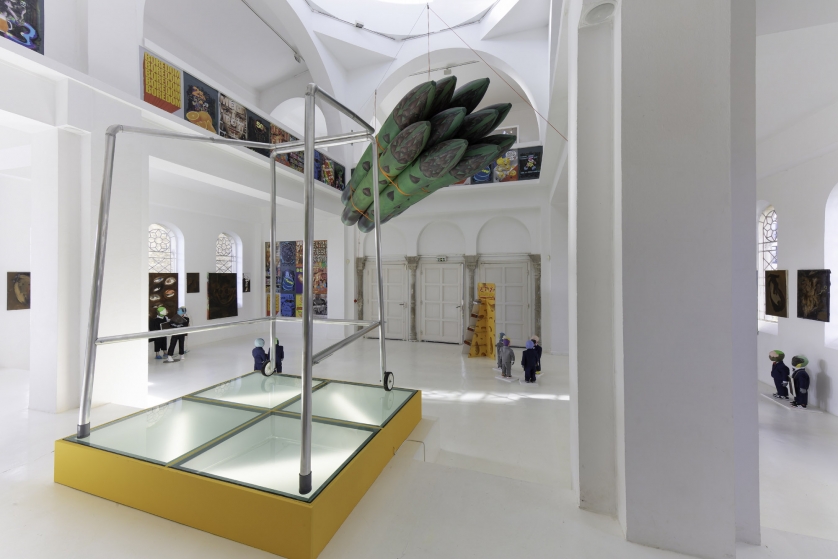 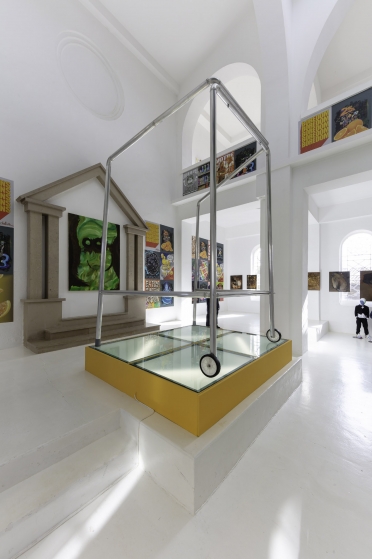 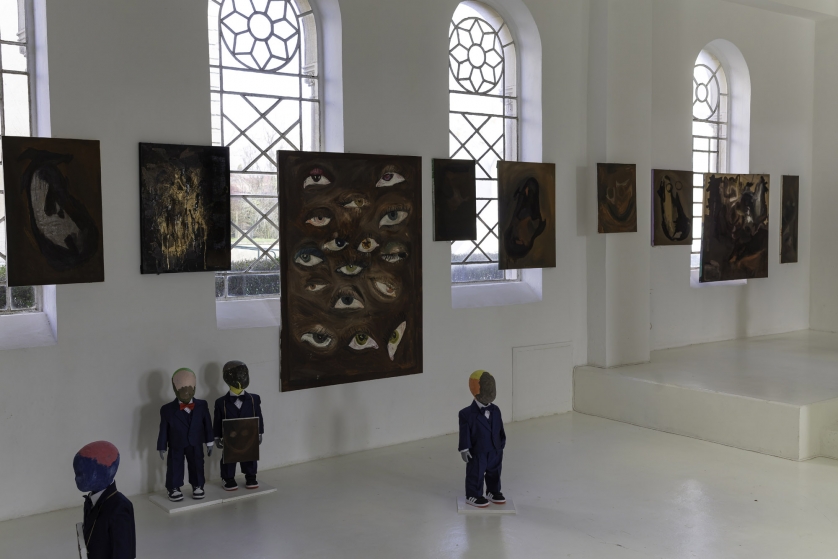 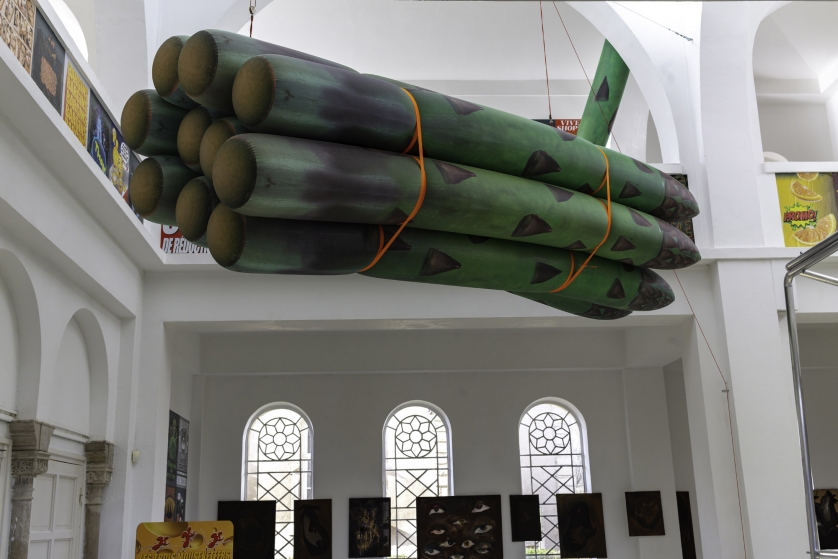 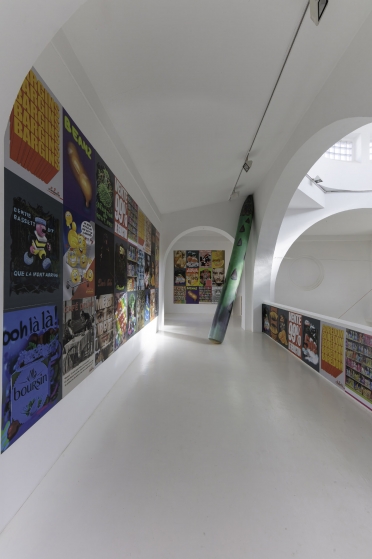 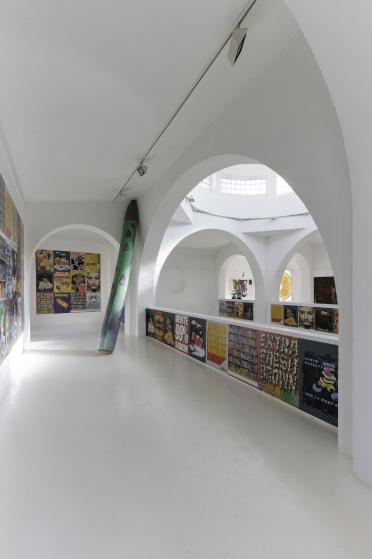 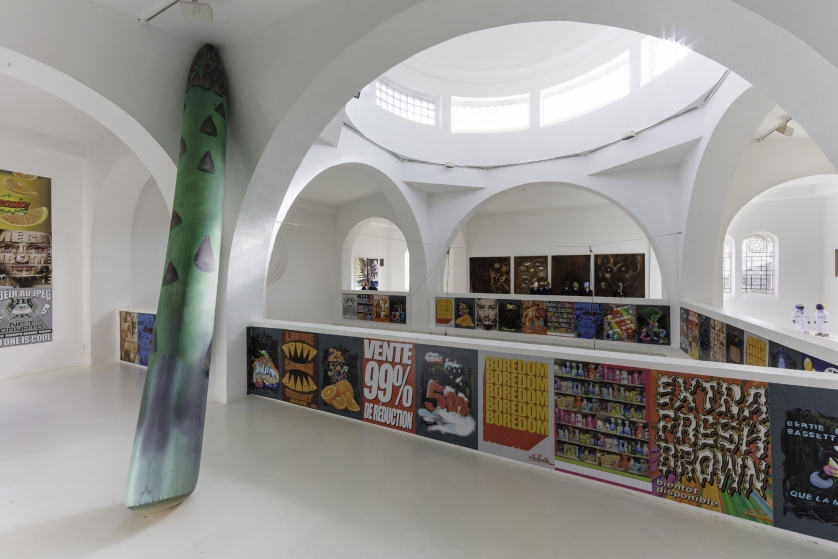 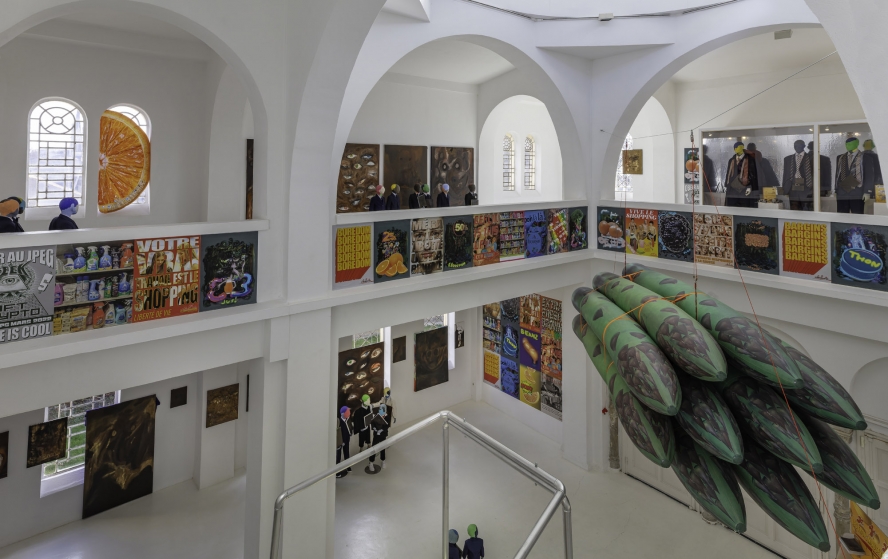 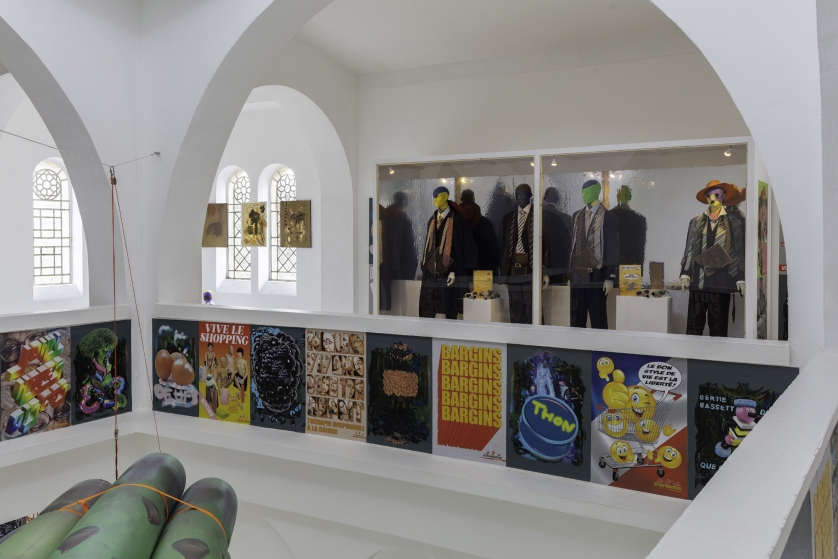 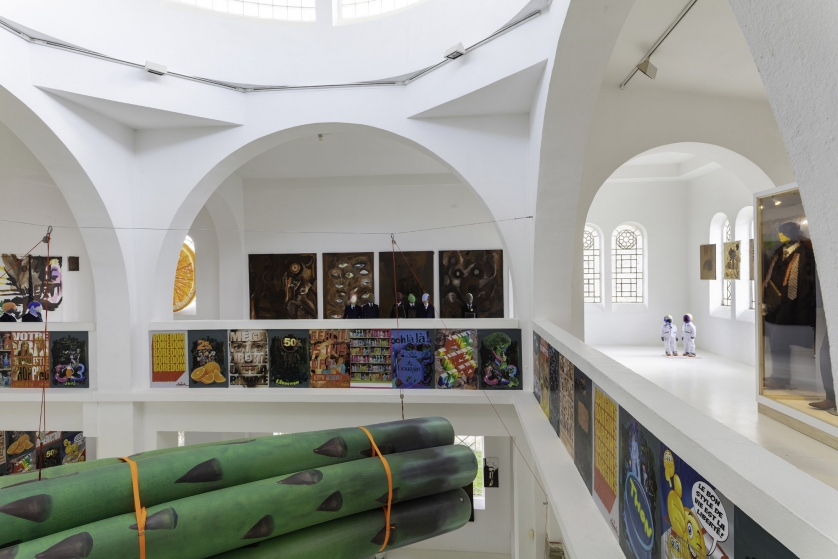 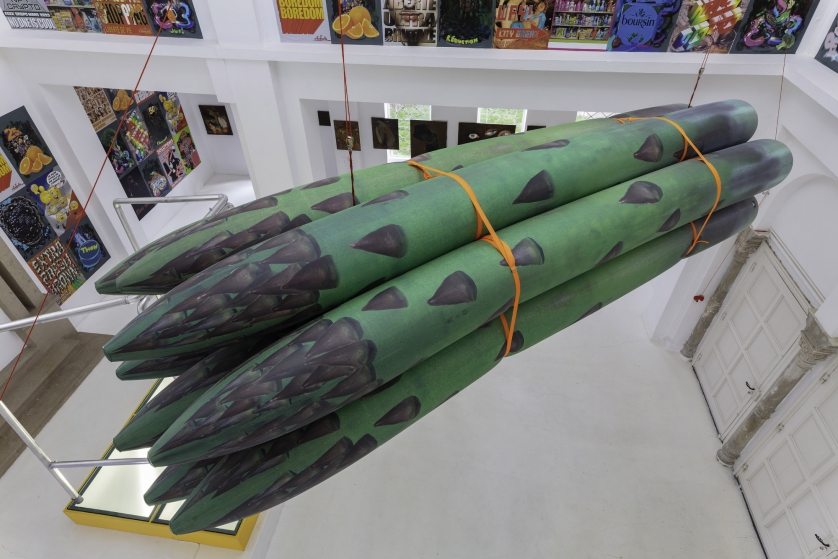 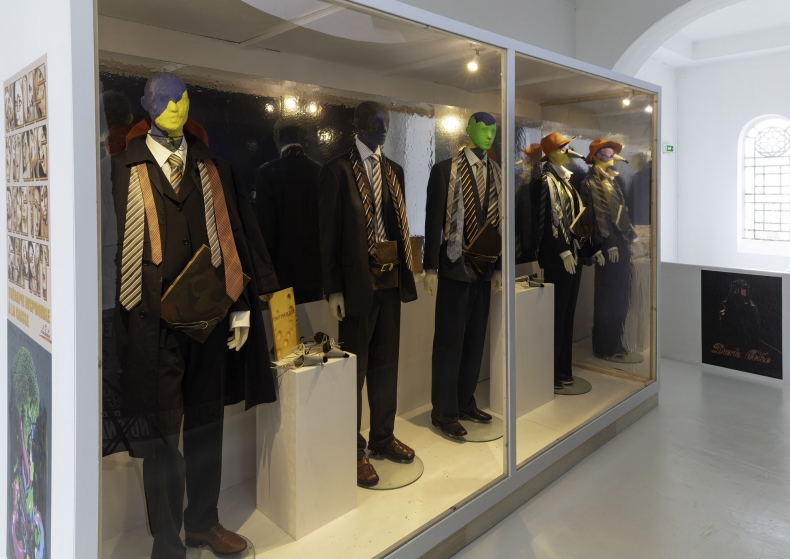 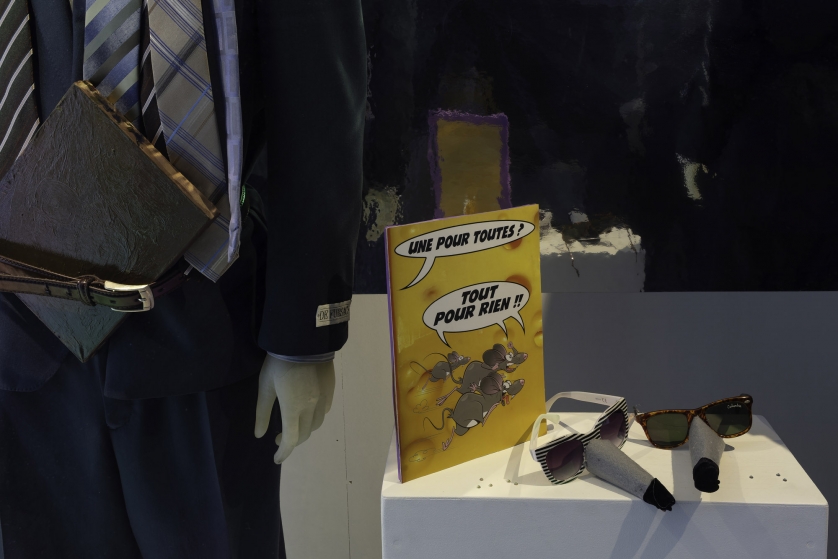 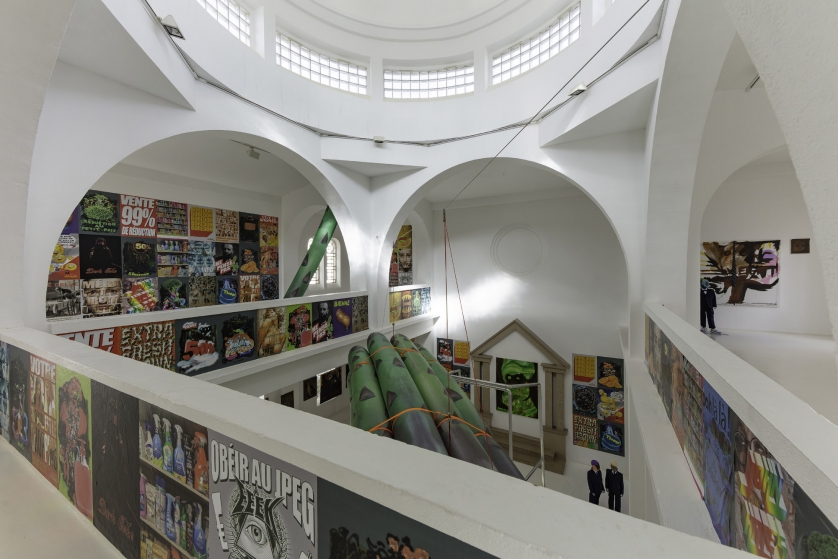 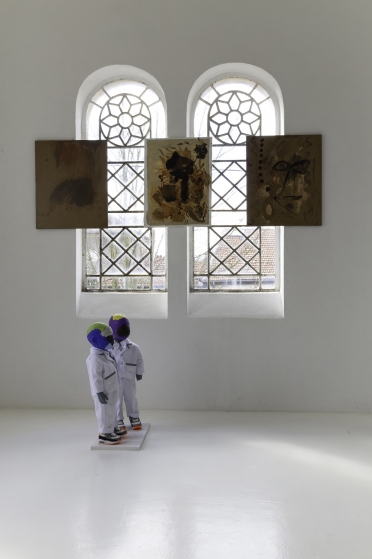 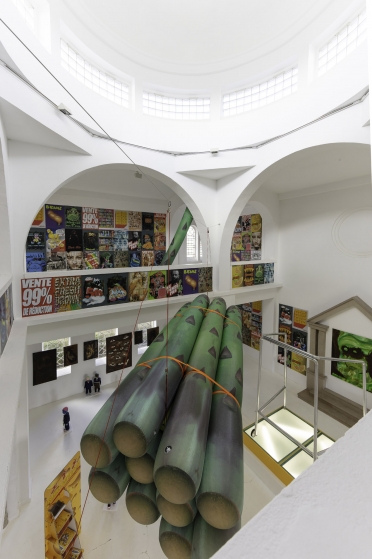 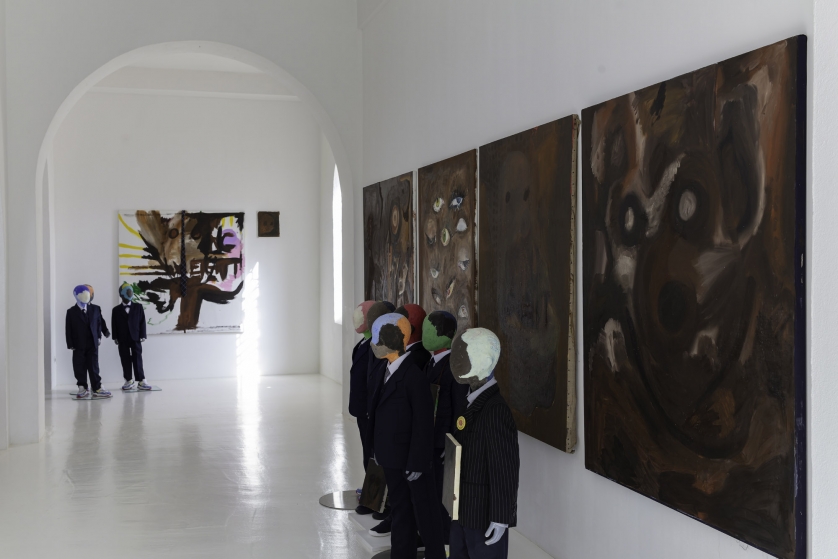 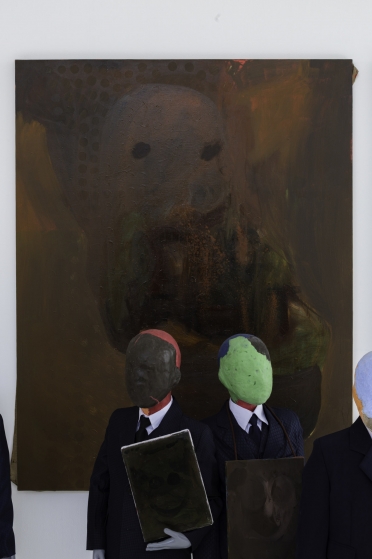 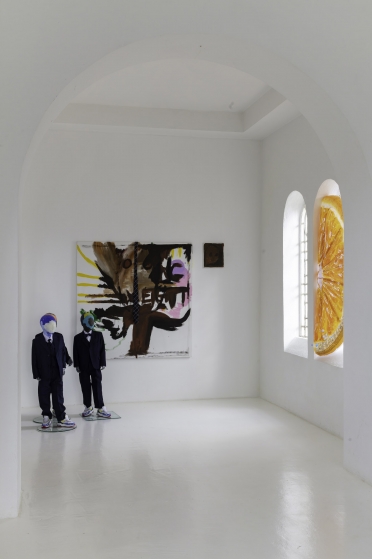 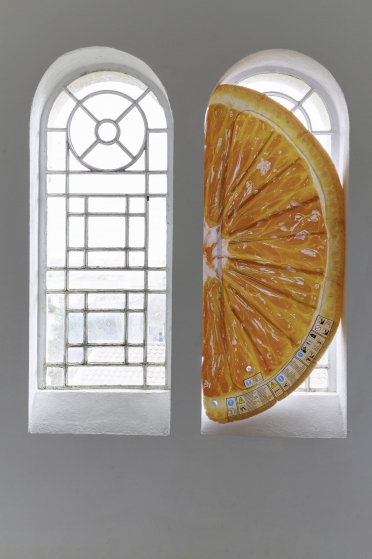 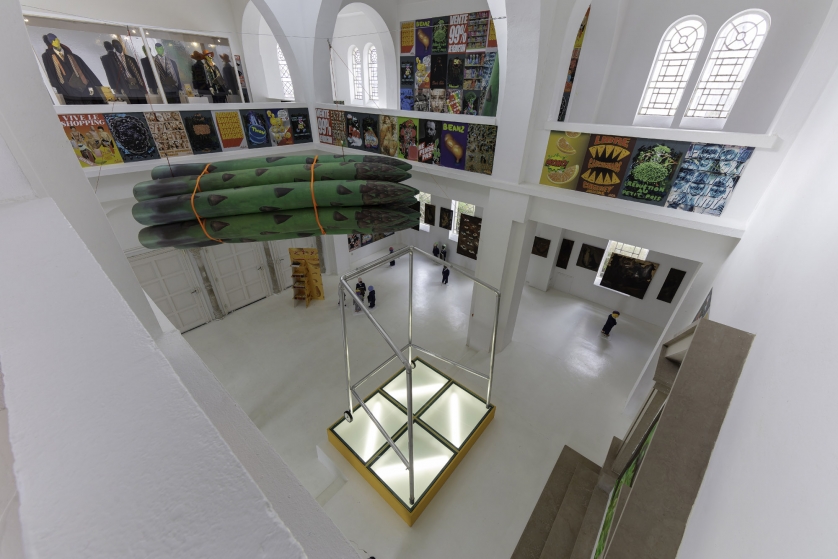 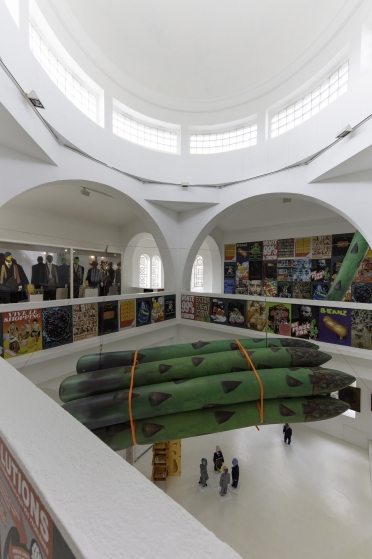 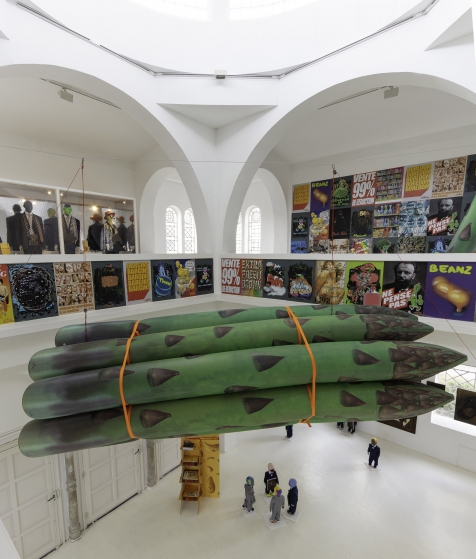 This exhibition is supported by Fluxus Art Projects and Nagel’s shops in Puttelange-aux-Lacs. .

Dan Mitchell, Fabienne Audéoud, and John Russell become Les Trois Mouseketeers to compose a “six-handed” exhibition, a collaborative project devised and created by these three artists. All three started out in the 1990s, after studying art in London, they each developed a personal or collaborative practice at the margins of YBA (Young British Artists).[1] They participated in the development of parallel art forms to those of these artist-stars, oriented towards a critique of the art world of the day, presented through incongruous gestures, “bad art” creations with no virtues, shouting down hierarchies through awareness-raising provocation, with a lot of humour and light relief, detached from all commercial stakes. Now in their fifties, the three artists have kept in touch over the last twenty-five years, while John Russell cofounded BANK,[2] Dan Mitchell Poster Studio[3], and Fabienne Audéoud collaborated with John Russell on several performative projects from the early 2000s. Up until today, a shared energy has sustained their respective and collaborative practice: each of them uses language as a material – whether it is performed in a corporeal or auditive manner; articulated as painting, sculpture, or through slogans imitating the advertising-media machine; raising nonsense and the grotesque to the status of principles – in order to lay bare the common inversion of logics and the normalising of the absurd.

Fabienne Audéoud (1968) lives and works in Paris. She is a graduate of the Goldsmiths College of Art, London.

Dan Mitchell (1966) lives and works in London. He is a graduate of Kingston Polytechnic (fine arts section), London.

He is the founder of Death LOLZ, the publisher of Hard Mag, and co-founder of artist Self-Publishing Fair (ASP Fair).

John Russell (1963) lives and works in London. He is a graduate of the Goldsmiths College of Art, London.

[1]    Young British Artists is the name given to a group of British artists active from the late 1980s and well known for their shock strategies, use of disposable materials, frenetic lifestyle, and attitude, at once confrontational and enterprising. They have obtained considerable media coverage and dominated British art throughout the 1990s.

[2]    BANK (1991–2003) was a group of artists (including, at different times John Russell, Simon Bedwell, Dino Demosthenous, Milly Thompson, David Burrows, and Andrew Williamson) who organised a series of collective exhibitions. Affirming a resolutely provocative and anti-establishment position, BANK constantly attacked the mechanisms and structures of the art world and its modes of communication, with devilish humour – whether it concerned the status of the artist, gallerist, or curator.

[3]    Poster Studio (1994–1996) was an experimental art space founded by Dan Mitchell, with Josephine Pryde, Nils Norman, and Merlin Carpenter, its aim was to produce a critical analysis of the contemporary London art world.